May 17, 2012Other CommoditiesBy Kahotan
Check out more figures at the
Good Smile Company website! 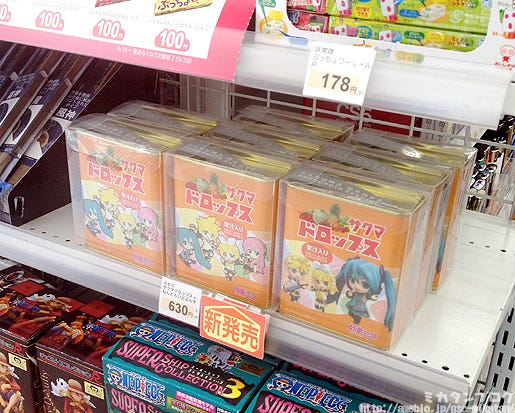 It somehow makes me really happy to see Good Smile products at the front of a convenience store! Just think how many people will see them as they come by now!!

Of course I bought one for myself as well! 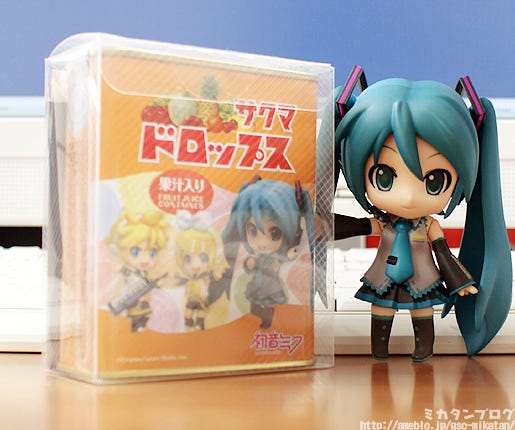 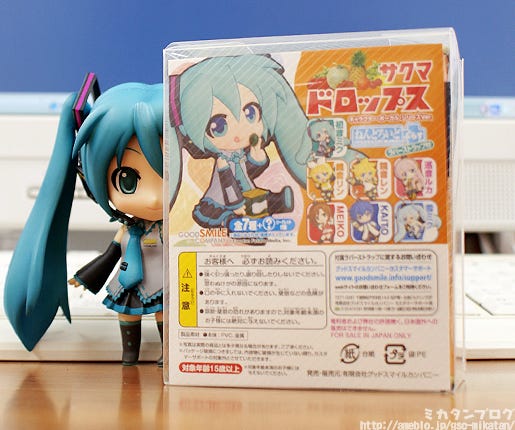 The back introduces the straps!

This back was designed by Daamatsu from the design team! Great work! It’s nice to be able to see what straps might be inside!

Each tin comes in a special casing which you can see above as well – which makes sure the tin itself isn’t damaged at all! 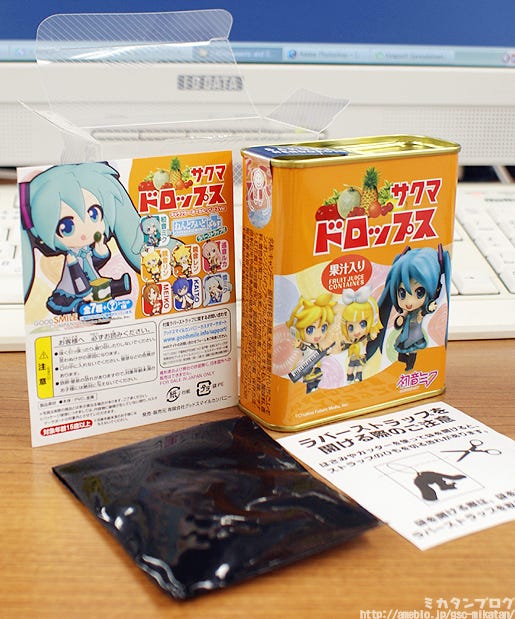 Here is what is inside the case!

The black bag is the rubber strap!

You won’t know which character is inside until you open it! Be very careful when cutting open the black bag that you don’t accidentally cut the strap – there is also a little leaflet about this to remind you! 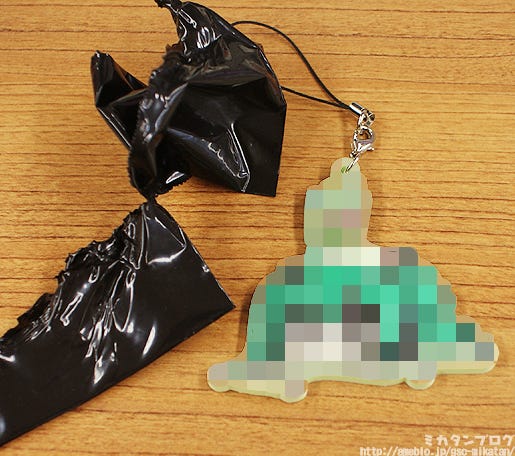 It really must be my lucky day today!

The secret character is illustrated by CHANxCO!

It’s really magical, so if you like the straps I really think you should aim to her hold of it! There are a total of eight to collect including the secret strap! 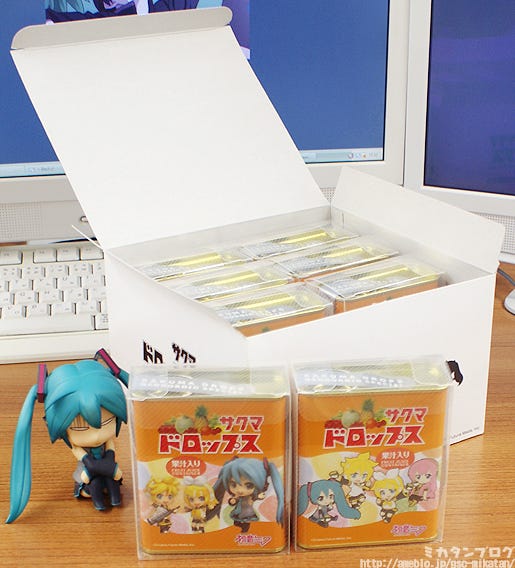 Let’s move onto some more details about the product!

There are eight tins in each big box!

You can of course by them one-by-one in Circle K Sunkus stores as well, but if you want a box of eight you can grab it here! 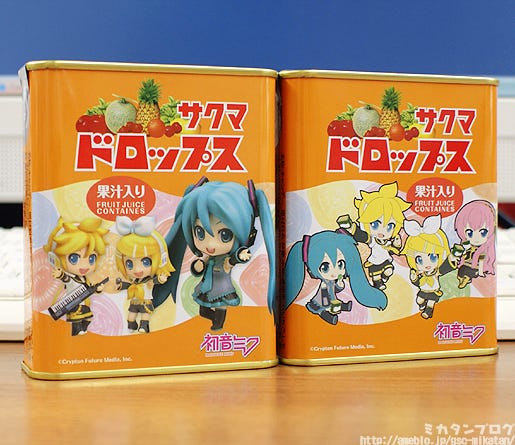 There are two different tins! 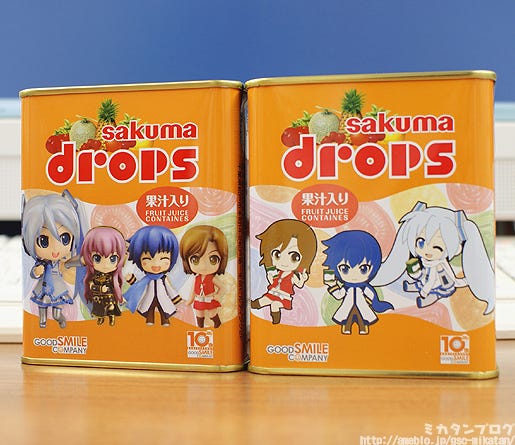 This is the reverse sides!

A wonderful collection of all Crypton’s Vocaloid characters! Plus you can see the Good Smile 10th Anniversary logo on the bottom right! 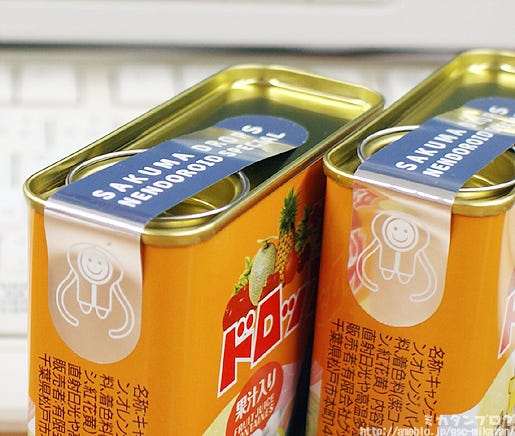 Even the seal is specially made!

A silver bottom which features the Good Smile Seijin! Even within the company it was praised for being cute! :P 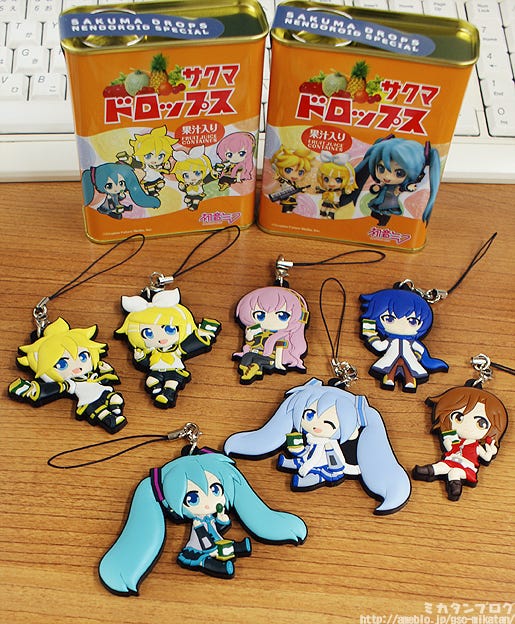 You’ll find one of these with each tin you buy! The design on the tin doesn’t change which straps are inside, so don’t worry about that! 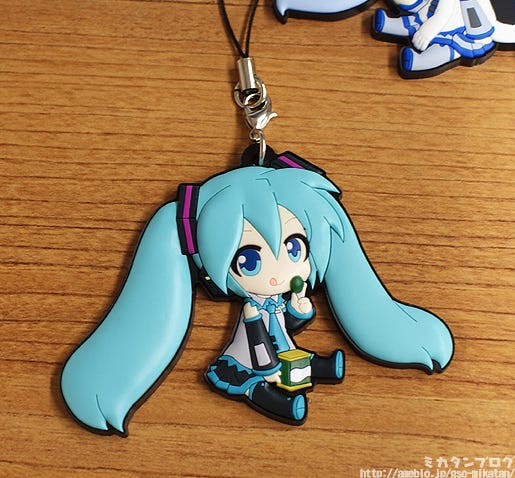 As it’s a collaboration with Sakuma Drops, all the straps are holding Sakuma tins and drops! Each and everyone is an original illustration! 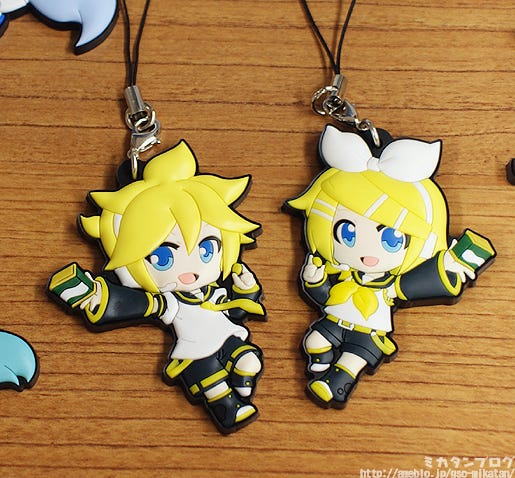 The two twins are like mirror images of one and another! They look so cute side by side! 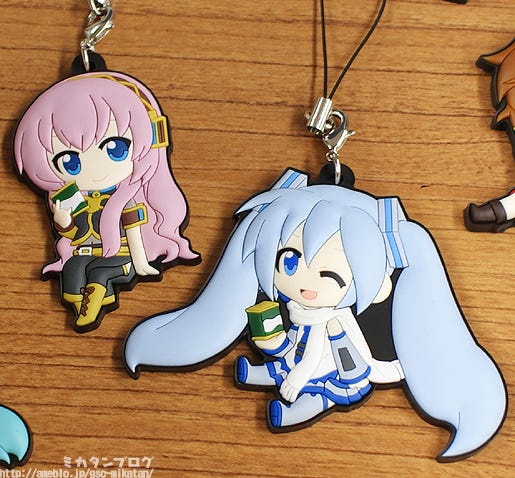 The rubber straps this time around pop-out slightly the center of the outlines. It’s incredible quality for a bonus included with Sakuma Drops! 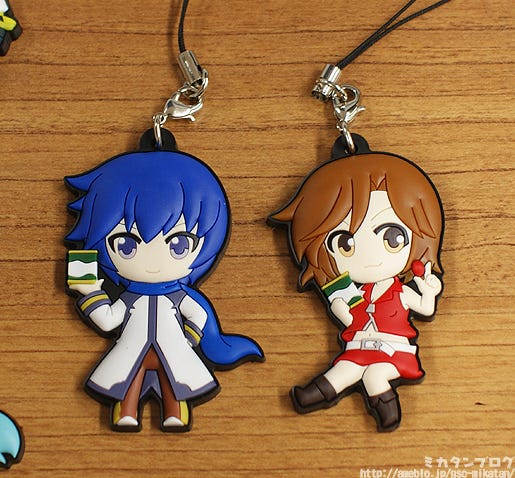 The manufacturing of the rubber straps were done with help from Overdrive! Thanks guys! They really worked with us to create the straps just how we wanted! 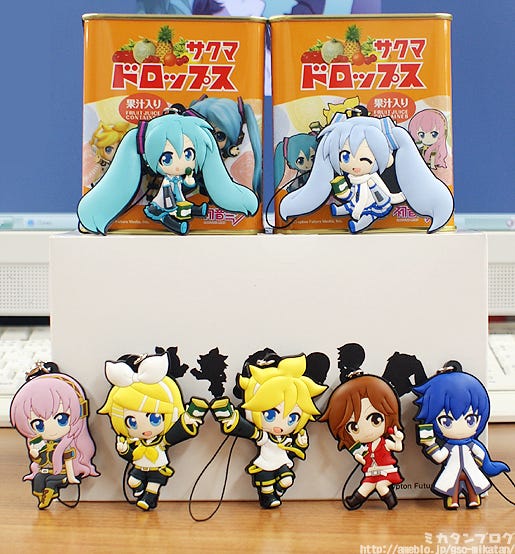 On sale at Circle K Sunkus Stores and KARUWAZA ONLINE!

Products will be sent out as ordered!

This varies on the store, so if you have any queries head to them and ask directly!