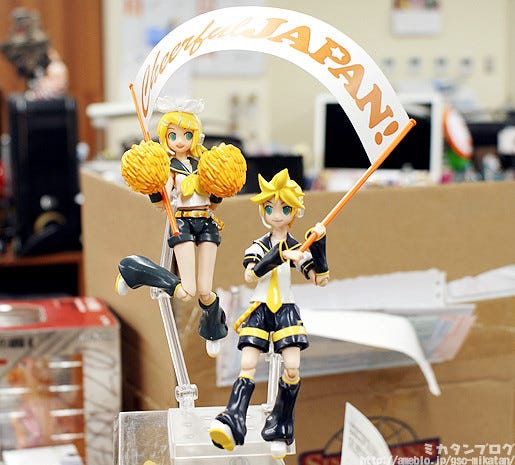 Could this flag be a brand new prototype…?

But of course it’s more than just the flag… but I do wonder where the actual figures are then… I guess it’s time to activate my prototype sensor and take a look around the offices until I manage to find the new prototype! 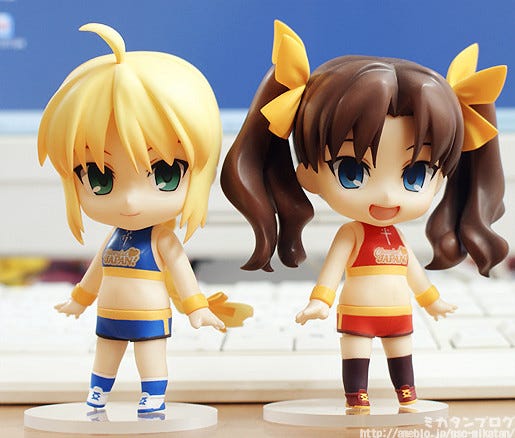 The 8th part of the Cheerful JAPAN! Project…

The eighth product to join the Cheerful JAPAN! project is a set of two Nendoroids of TYPE-MOON’s popular characters – Saber and Rin Tohsaka, both wearing adorable cheerleader outfits! The Nendoroids are based on an illustration by Takashi Takeuchi, the original illustrator the series, which featured younger versions of the two girls – and now they’ve been shrunk down to adorable Nendoroid size as well! 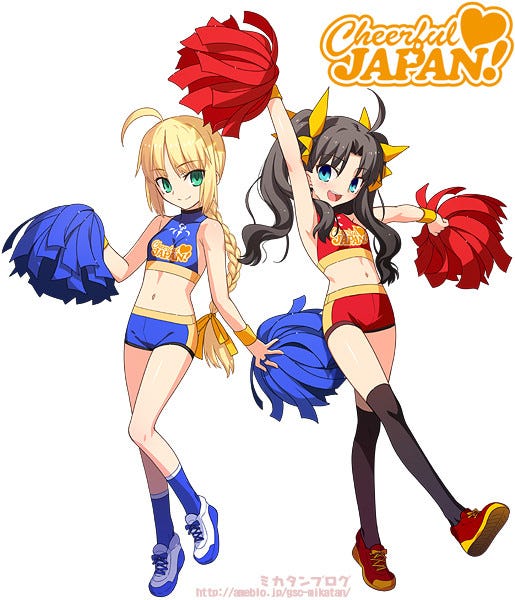 “Based on an illustration by Takashi Takeuchi”

“Younger versions of the two girls”

Just what I wanted to hear!!
I’m sure fans of Fate/Zero are thinking the same thing!

Plus, we also even got a comment from Takeuchi-sensei about the illustration!

Aaaah! Thank you so much, Takeuchi-sensei!

Just having your comment on my blog was more than enough, but to think it’s also the debut place for the younger Saber!! I don’t know how I can thank you enough! 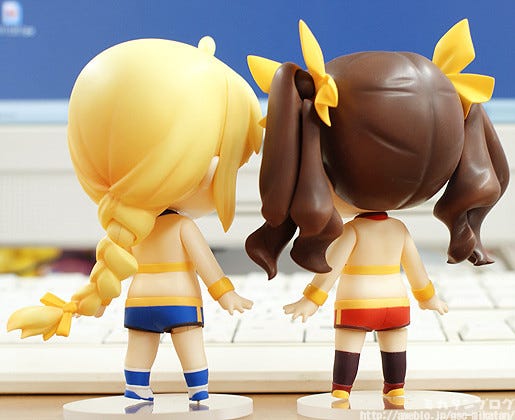 I’m sorry… I know I shouldn’t say it and I’ll probably get into trouble for this, but I can’t help it!
Those outfits are way too sexy!! 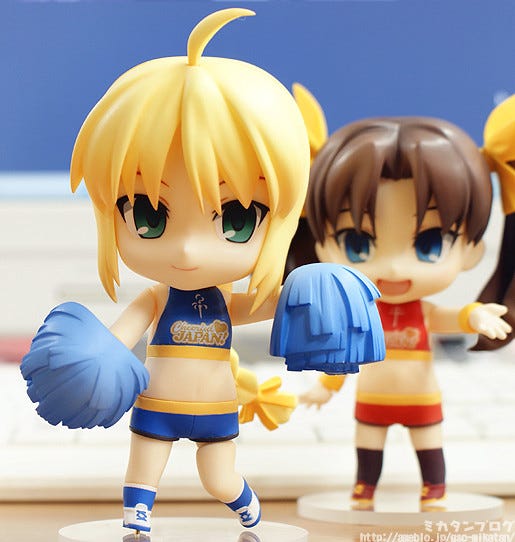 As with all the previous Cheerful products, they come with pompons to cheer everyone on! She also has a bent leg to really recreate Takeuchi-sensei’s illustration to the fullest!

Saber has lovely long braided hair, which is also fitted with a Nendoroid join for some different poses – it can swivel around left and right! 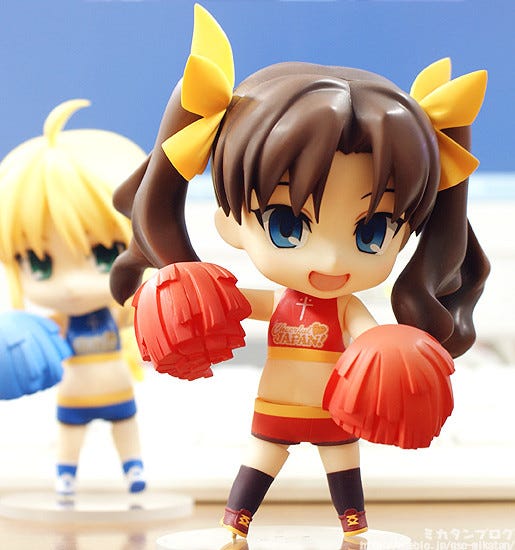 She also comes her own set of red pompons! Perfect for Rin, and so cute!

This is actually the first Nendoroid of Rin since Yasagure Rin!That really was one of the very first Nendoroids, so I’m sure there are a couple who don’t have her, so now is your chance to grab her! 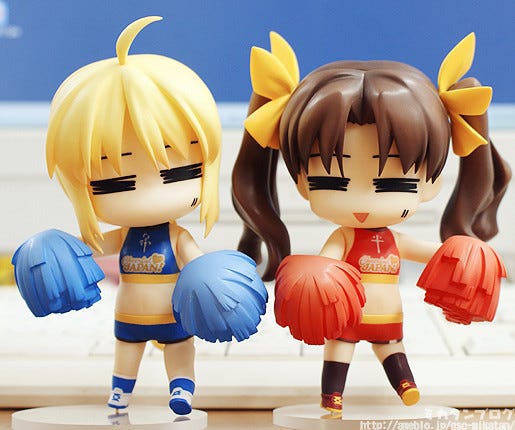 This version comes with the same face! 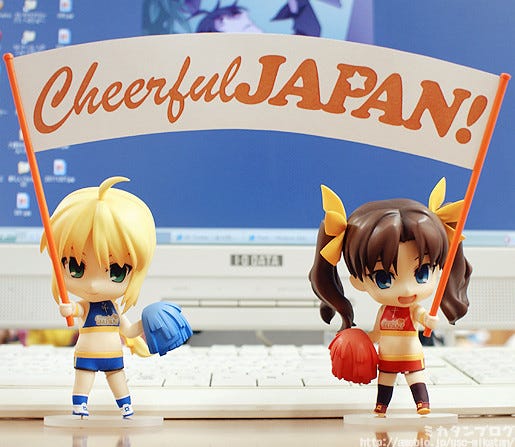 As with the pompons, some kind of support flag is always included – this time it’s a giant one like this! :) They both have to hold it up together!

As you can see, they also have bent arms included!
The arms work for either of them, so you can use either use both on one of them, or one each, like this! 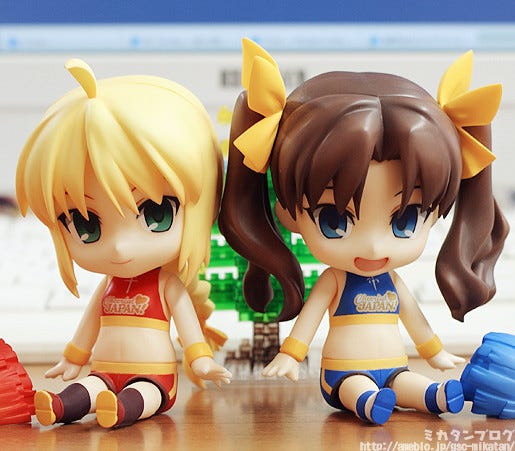 They also come with sitting parts!!

They also switched outfits! It’s a bit modest of me to say this about a GSC product, but they really are so unbelievably cute like this!!

You could even display them back-to-back! I think that would look great!
I’m certain any Fate addicts will love these two!
Even simple fans like myself will be very happy with them!! So cute!!

The 8th product from the Cheerful JAPAN! Project:

■ The set costs 6000JPY.
■ Shipping is free in Japan, and 2000JPY overseas.
■ For each figure sold, Good Smile Company will donate 2000JPY to aid relief efforts.

Please note the following if you’re interested in ordering: