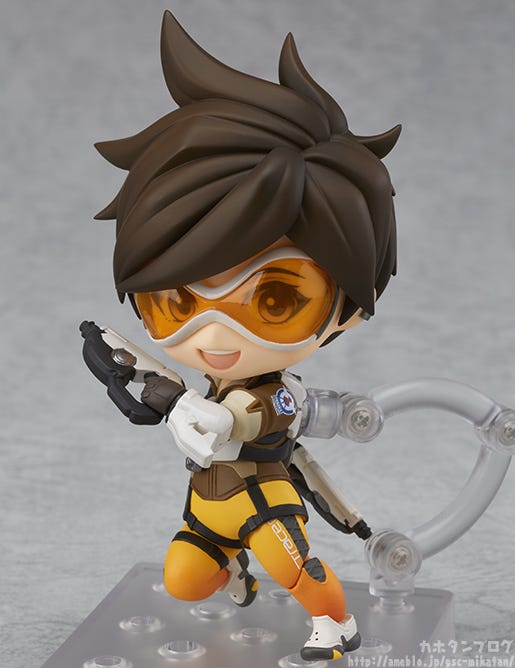 Nendoroid Tracer: Classic Skin Edition is now up for preorder!!

From the globally popular multiplayer first-person shooter ‘Overwatch’ comes a Nendoroid of Tracer! A rather surprise announcement, but she is up for preorder as of 9AM JST today!!! ♡

The Nendoroid comes with all sorts of ability effect parts and other interchangeable parts allowing for all sorts of poses! Not only are her pulse pistols included, but a pulse bomb part is also included to display her using her ultimate ability!!

The Nendoroid is also fully articulated allowing for even more freedom in posing, and has been specially tuned so that the joints can hardly be seen while still keeping Tracer’s unique appearance in tact!!

Be sure to add the first of the Overwatch Nendoroids to your collection!★

I’ll be taking a closer look at her at a later date, but I just had to let everyone know the news!! ヽ(●´Д｀●)ﾉ