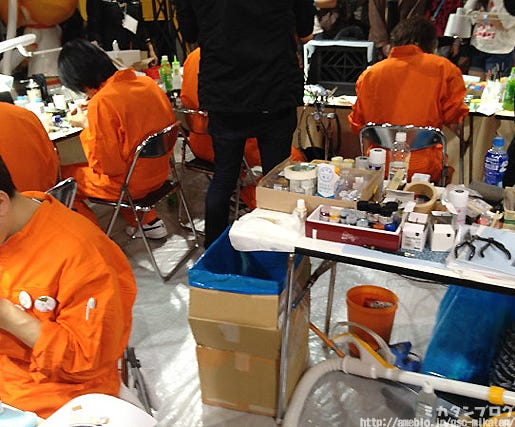 NicoNico Super Kaigi held at the Makuhari Messe on 28th & 29th of April!


In a showy corner of the Good Smile booth there were nine sculptors hard at work sculpting and painting a prototype Nendoroid in just 11 hours!

This article is the finale of their work!

Don’t miss out on the previous three articles which you can find here!

That brings Tasshi’s section to an end!

The hair is certainly a very important feature of any character! They are particular important on Nendoroids seen the head is the biggest part of the figure!

I’ve personally tried mixing colors trying to get the perfect color for a figure in the past, and I have to tell you it is not a simple task! Just a single drop too much of one color will cause the color to look off. Plus because each of the parts is painted separately, you need to ensure that the colors of all the parts will look alright together in the end.

That brings the Oda-P section to an end!

The most difficult and most important part of the figure – the face, is finally completed!! As mentioned on the Live broadcast, normally it takes even the best sculptors at least a day and a half to complete, but Oda-P kept a nice constant pace and still performed incredibly well! Unbelievable work!

Now to put it all together! 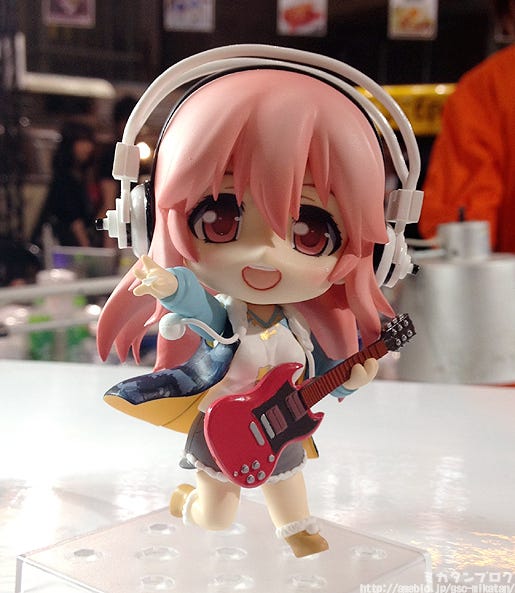 In total it took 12 and a half hours!

The battle took a little longer than originally anticipated, but even so the final product was worth the little bit of overtime! It was incredible to see the professionals in action!

But the battle isn’t over yet! (`･ω･´)
While the painting was going on, the packaging and poster were also being made!

That brings Nagai-san and Station’s section to an end!

Everything needed to make and print the poster and packaging were all brought along to the event hall just for this! The actual project was actually only to create the figure, so this was all bonus work inspired by Aki.

Another great example of watching professionals at work! Thanks Nagai-san and Station! 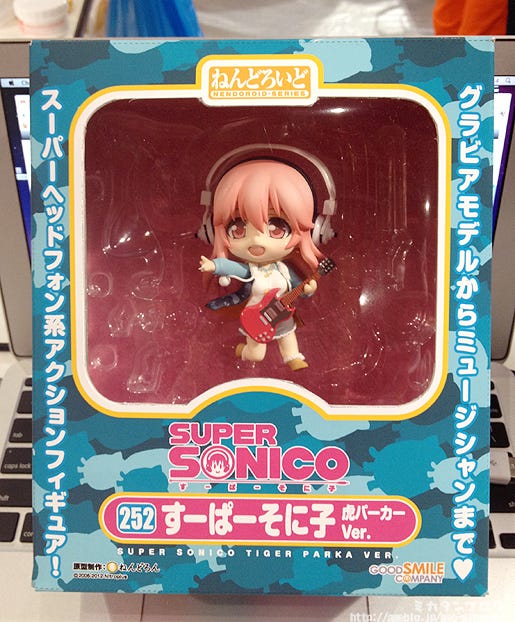 Sonico placed in her packaging!

It looks just like a normal Nendoroid in the stores, except for the fact that she has no optional parts. :P

The blister pack used here was specially made for Sonico super quickly for the event (seen they are normally made in China, it was a rather on the spur of the moment job). I think the ability that Good Smile has to adapt quickly to any situation is definitely one of the most amazing parts of the company!

You can only order her from the Good Smile Online shop and from the GSC Tetsujin Cafe, so don’t miss out!

After the event, the prototype has gone though lots of intricate adjustments and revisions to ensure good quality!

I’ll be taking a look at the final version on Friday!

The super cute Sonico is now cuter than ever before!