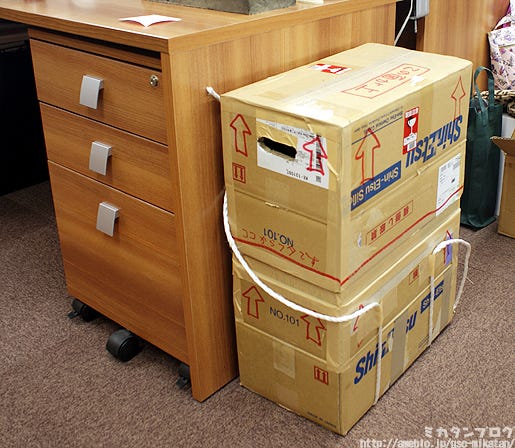 I don’t think I’ve ever had a prototype that is almost the same height as my desk! I remember the Yu-Gi-Oh! dragon being pretty huge, but it is nothing in comparison to the figure we’ll be looking at today! 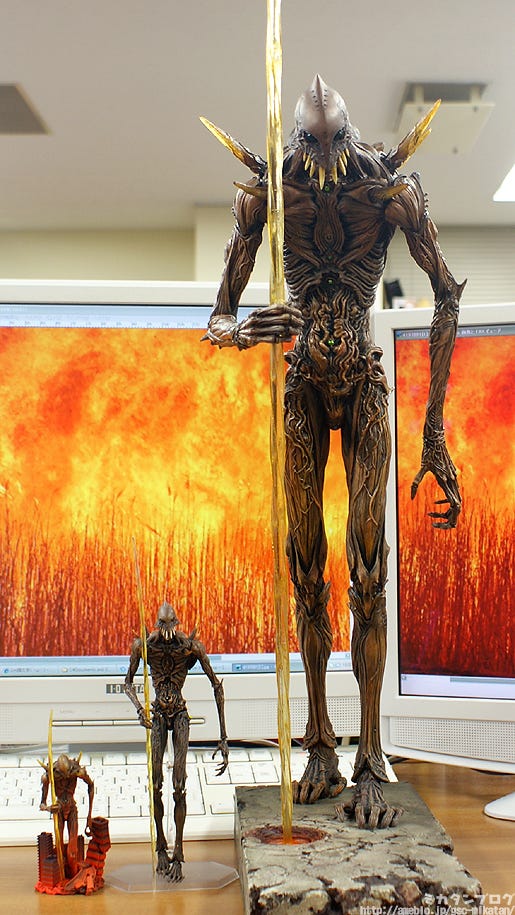 From Studio Ghibli’s newest short special effects film titled ‘Giant God Warrior Appears in Tokyo’ that was screened at the Anno Hideaki’s Special Effects exhibition comes various different figures of the Giant God Warrior that invades Tokyo. These figures really are something else…!!!

These figures will be on sale at this event! I’m got to find some private time and go there myself!! ^^

The biggest version is the Giant God Warrior Statue Replica, and its considerably bigger than my monitor! To the right of him is the figma, and then the Vignette version as well! 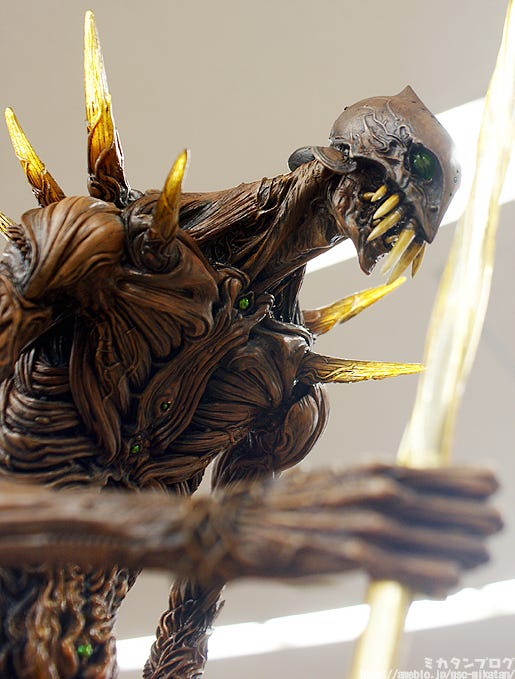 He is so big that the lights on the ceiling ended up in the photo as well. A huge 50cm cold-cast statue!

This is a miniature mock-up of a life-size muppet that was used in the film ‘Giant God Warrior Appears in Tokyo’! The life-size version was used for reference and examination while sculpting this smaller replica version!

The sculpting was done by Takayuki Takeya! (`･ω･´)ゞ 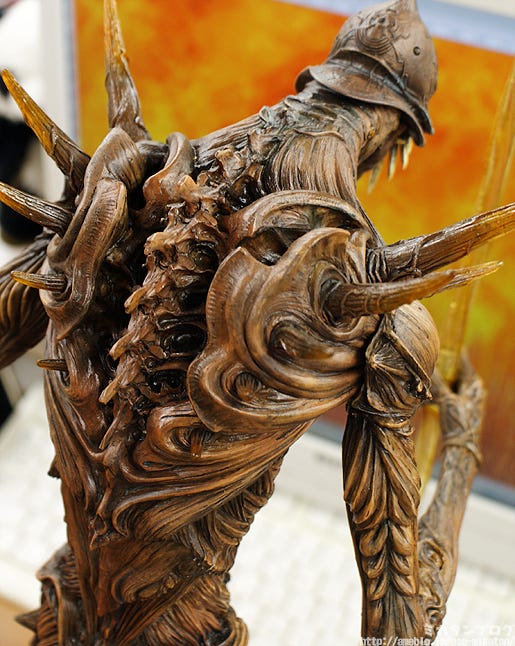 What an amazing presence…!!

I really have no idea how to describe it, but once you see it you just can’t look away. I was also stunned at how detailed it was while I was running my finger over it a few seconds ago…

I’m generally more of a fan of cute things, but the sculpting on this is so stunning it’s impossible to not to be impressed! 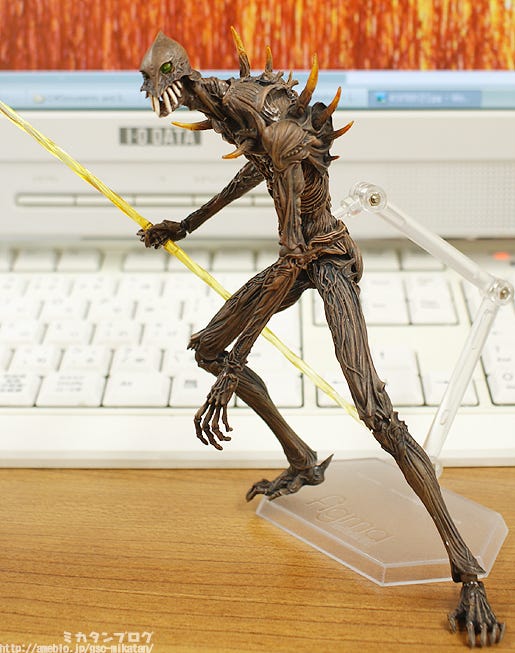 This is basically the same figure shrunk down to figma size and made just as posable as all other figmas! It’s amazing what kind of poses you can put him into! Plus the price is great! 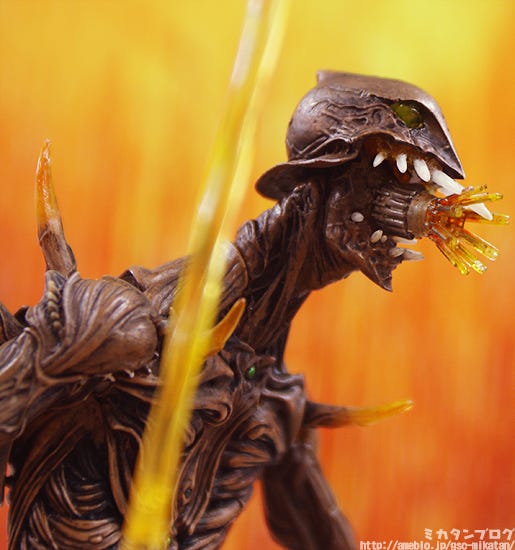 An optional head part to fire the proton beam!

By the way, this is a 15cm tall figma! The head alone is more than 2cm tall!! An amazing size and stunning quality to boot!! 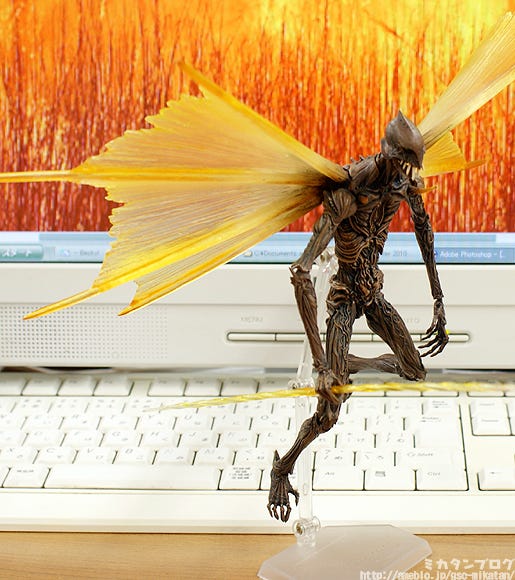 A rod of light and wing parts!

It might be hard to see from this angle, but the wing span of the wings is actually very big! Plus the wings are just as detailed as the rest of the figure!

You can make use of the figma stand to pose him in mid-air like this, which gives the wing parts that extra bit of realism! I almost want to get a whole bunch of these to line them all up together like this!! :P

These prototypes literally just arrived! They might be small but they are just as amazing as the other versions! As I mentioned on twitter yesterday, these were the products we were going back and forth with, together with Kaiyodo.

They are about the size of a capsule toy, but they are absolutely fantastic quality! As expected of Kaiyodo! 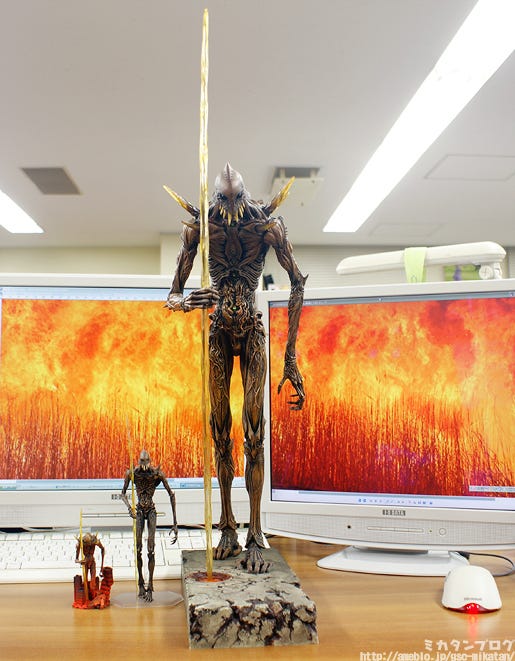 You can purchase your’s at the following event!

Anyway, that’s all for today!
I hope to see you all again tomorrow!!(・∀・)ノ゛