Otanaka expressed his love for Idolmaster during the WonFes Broadcast! 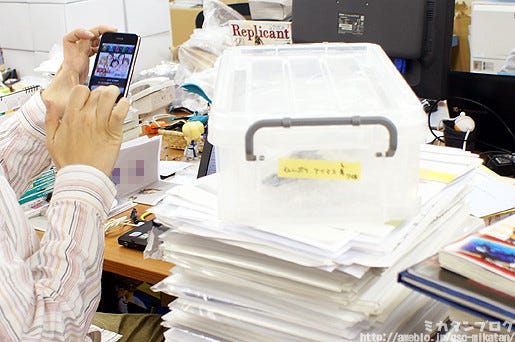 For those who didn’t watch, he introduced the Nendoroid Petite Idolmaster figures on the live broadcast!

Thanks to the really compelling show he put on, it was not hard to crown him MVP of the live broadcast! I can just remember him shouting, ‘Just trust me!!’ – it was really convincing. :P 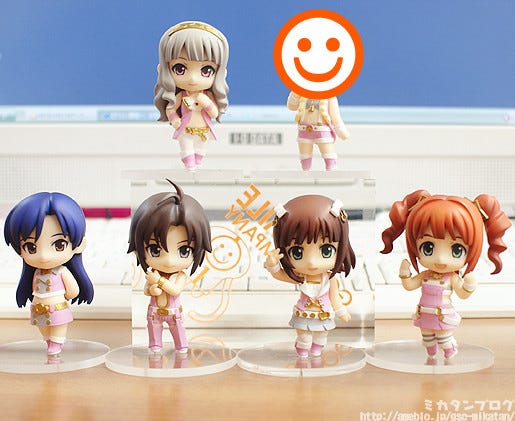 These were the Nendoroids he loved so much…!

From the popular game where you produce your very own idols, ‘THE IDOLM＠STER 2″ comes a set of adorable figures to join the Nendoroid Petite series!

Haruka Amami, Chihaya Kisaragi, Makoto Kikuchi, Yayoi Takatsuki, Mami Futami and Takane Shijou are all dressed up in their stage outfits and ready to perform! Plus there is one secret character as well!

It’s actually Mami! Unfortunately her head parts were being used when I was taking pictures, so I’m patiently waiting for them to finish up with them. I hope it’s soon! 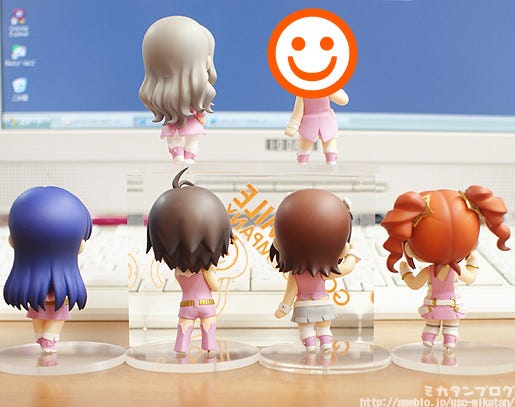 I’m sure that competent producers will be happy to purchase a whole box of them without any complaints!

This set will be the first set of Nendoroid Petites to come in a box with eight figures!

I’m sure many of you know, but all the previous boxes of Nendoroid Petites always contained twelve figures, but the box for these will only include eight figures – making it cheaper as well! 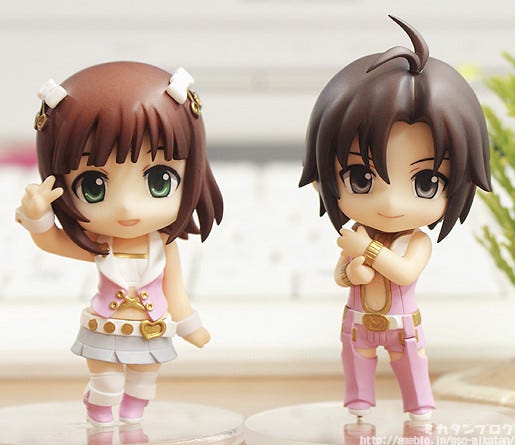 Even as small Nendoroid Petites, you can really tell the idols have grown up a little bit! Those who have played the game will know that the outfit used on these figures is the ‘Pink Diamond’ outfit! 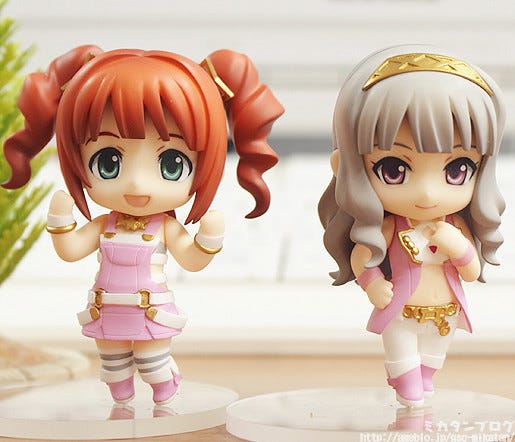 Compared to the previous Idolmaster Petite Nendoroids, the outfits have really reached a whole new level of detail! The gold paint used on parts of each outfit is really beautiful! (although it’s also a nightmare for the production team!) 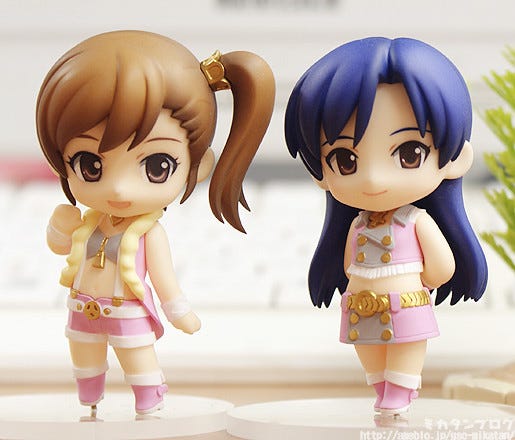 Mami’s prototype is now ready! ━━━(ﾟ∀ﾟ)━━━!!!!
She really looks very confident in that pose! I love it! In contrast, Chihaya is in a much more gracious pose, which looks just as good! You can pose them on your desk for your very own personal live performance! 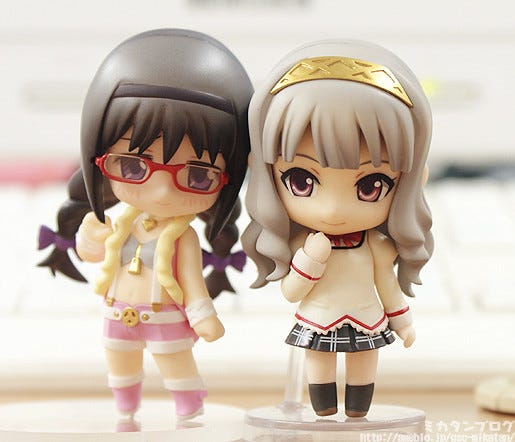 Time to play around a bit!

Mixing around some of the parts with the Nendoroid Petite Madoka Magica which are now on sale! Just by exchanging the head parts, you can create a very interesting scene like this one!

The sizes look a little bit off, but that’s just the difference between a prototype and the final figure. The final versions always come out a little smaller than the original prototypes they are based on. 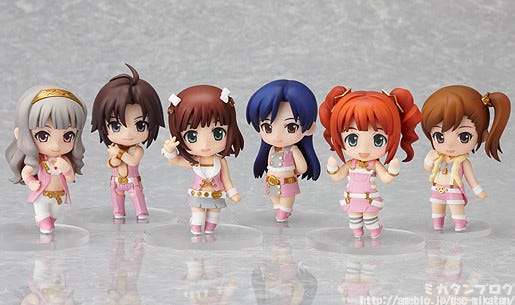 These six are all available to collect, along with one secret character! Each costs just 500JPY. Just who is the secret figure? You’ll have to find out for yourself! :P

Plus the second stage is on its way with a load more characters as well!!

They’ll be on the GSC website from tomorrow!
If you have any preorder or sales queries, be sure to contact our partner shops!