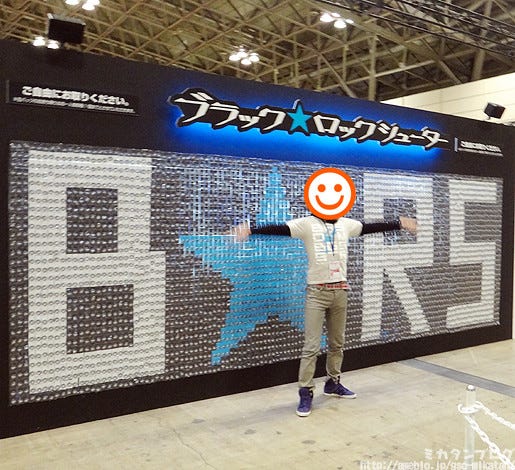 It just looks like little dots from here, but the ‘BRS’ is made up of loads of tin badges! 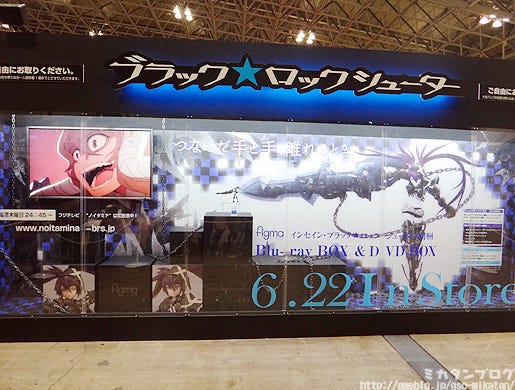 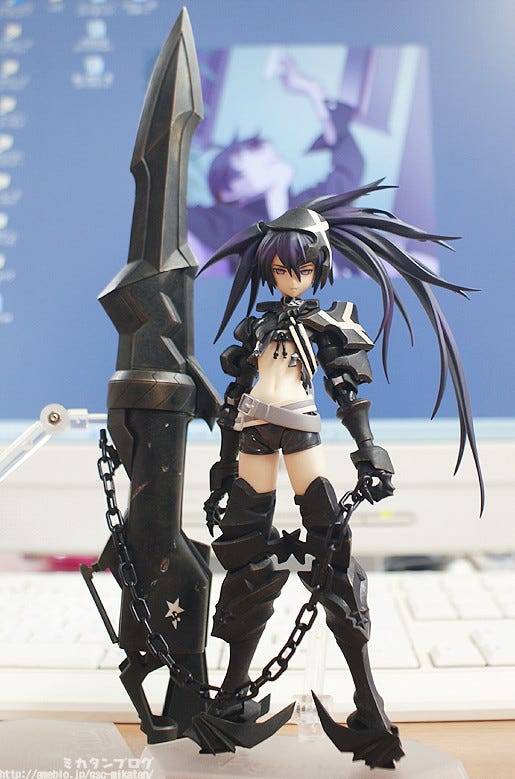 The box-sets will be available from the 22nd of June!

They are currently up for preorder, and as they are a limited first edition – you’d better grab it before it’s too late! (`･ω･´)ゞ 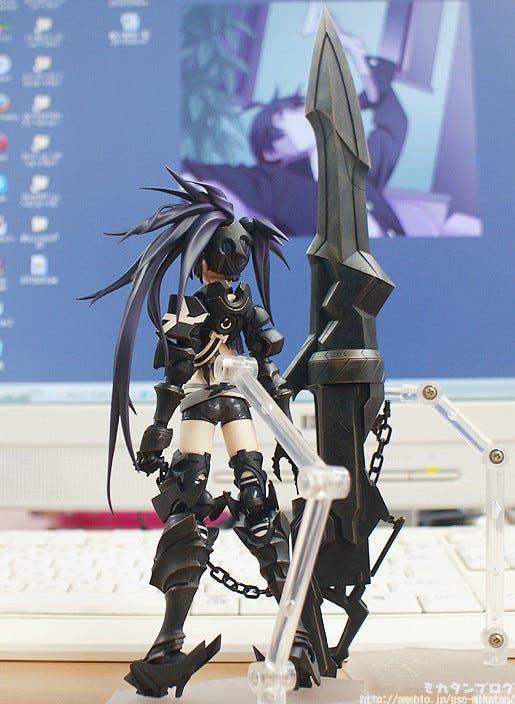 Shooter-chan has been transformed into lots of different figmas now, but I think this one is my bets so far! Of course the main reason for that is huke’s lovely design, but the craft work on the figure is also the most incredible so far! Looking at figmas like this really reminds me just how wonderful Max Factory are! 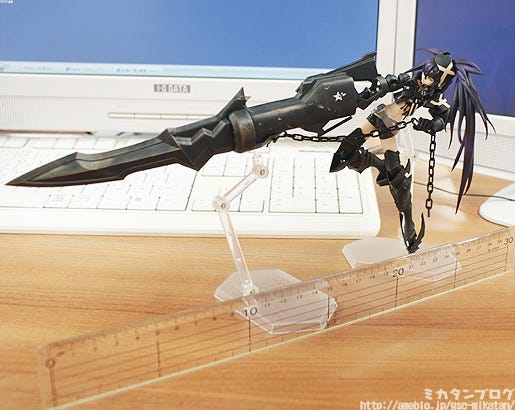 I didn’t think the photo alone would give a good feeling for just how big this weapon is, so I but a 30cm ruler underneath! :P With Insane-chan included, they are a little over 25cm in length! 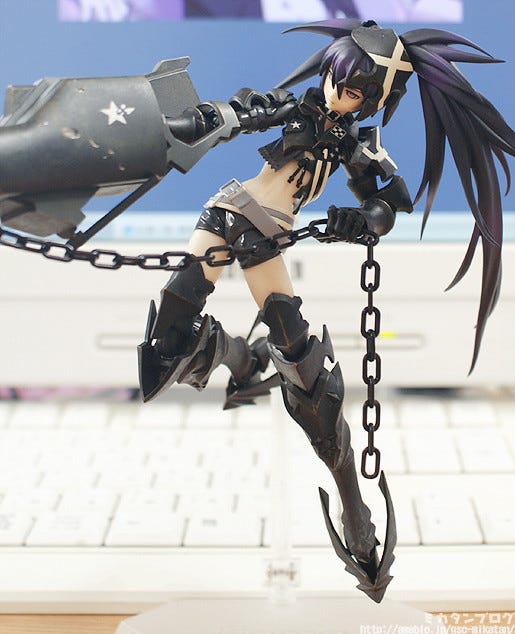 The chain is also included!

Insane-chan was also introduced on the figma blog, and there you can see the default is to connect the chain into her back, but you can also pose it like this – it’s completely up to you.

Completely unrelated to the chain… but I have to say that I think that the hat on Insane-chan’s head looks kind of like a nurse’s cap, it looks great! I don’t think I’d want a nurse with such cold eyes though! :P 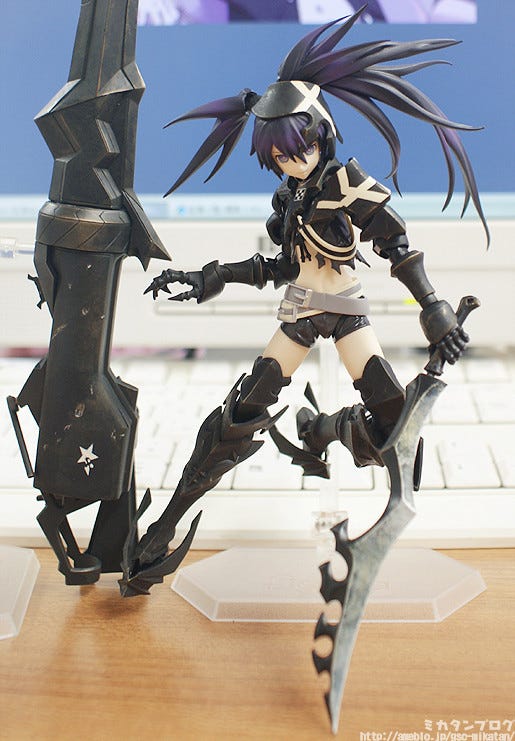 You can’t really tell from the photo, but the edges of the sword are actually quite rough and very realistic! The same goes for the Insane Canon Lance as well as with her armor. Every single part is so very detailed – I can really see the passion that was put into making this figure! 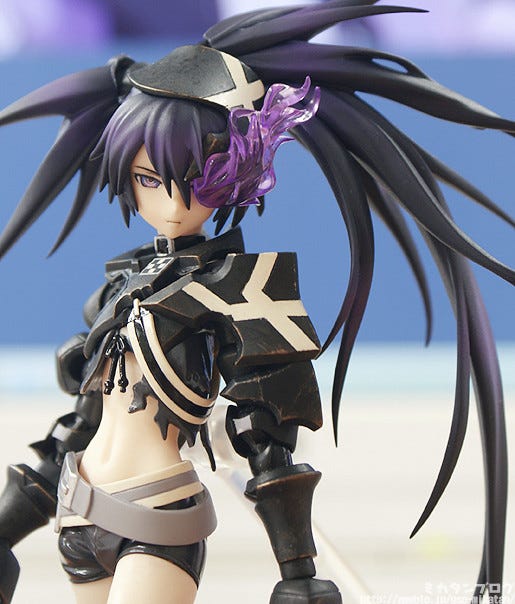 You attach the flame by inserting it into the nurse cap (at least, that’s what I call it :P). Insane-chan has a beautiful purple flame in contrast to the normal blue flame we’ve seen on the normal Black Rock Shooter figures. 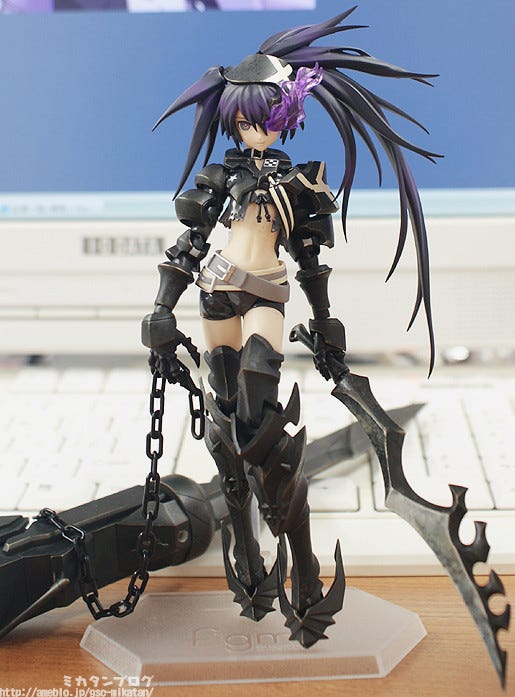 There are two expressions included!

A standard expression as well as a much more evil looking glaring expression. She has very unique looking eyes, they really have a strong impact! It’s unbelievable how wonderful this figma has come out… you can hardly even see the joints at all, which is ideal for a figma! I could make almost any pose, and still almost never see the joints. 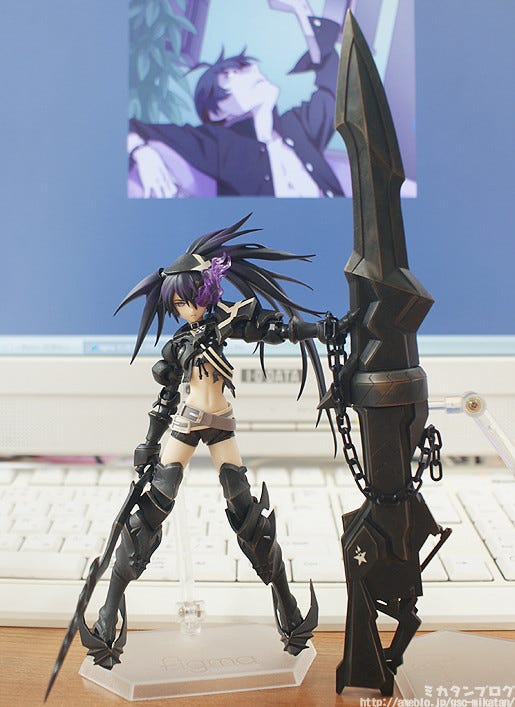 The box-sets will be available from the 22nd of June!


Head to a shop nearby or visit your favorite online store and preorder now! (`･ω･´)ゞ