GSC’s orientation session is this week! 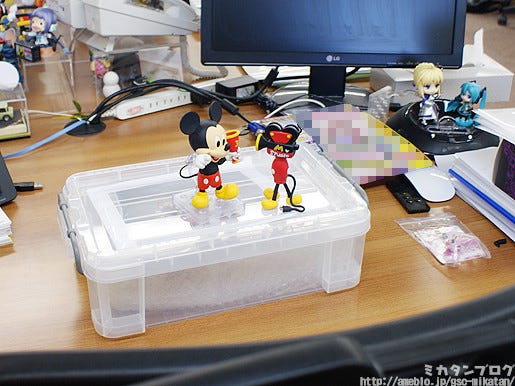 The orientation session is held to introduce the company to students who will graduate next year!

Many of the current staff also head off to the session hall (all dressed up in suits), which causes the offices to become strangely quiet… But with nobody around, I’m free to go wandering around in search of prototypes to play with!! 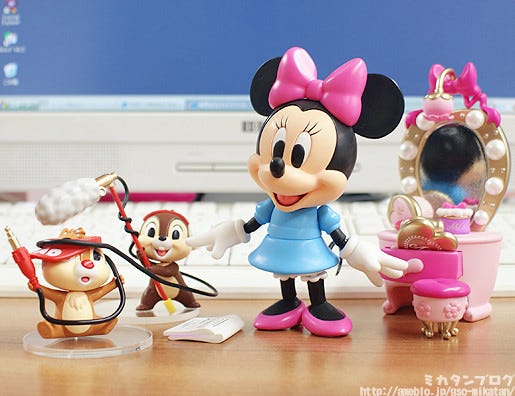 Nendoroid Mickey Mouse was released to commemorate the 100th Nendoroid release, and now Minnie Mouse will also be joining the Nendoroid series to keep him company!

Just look at how many extras she comes with!!

Everything here is included with the Nendoroid! She doesn’t come with any replaceable expressions, but instead she comes with lots of extras to pose along side her! Let’s take a closer look… 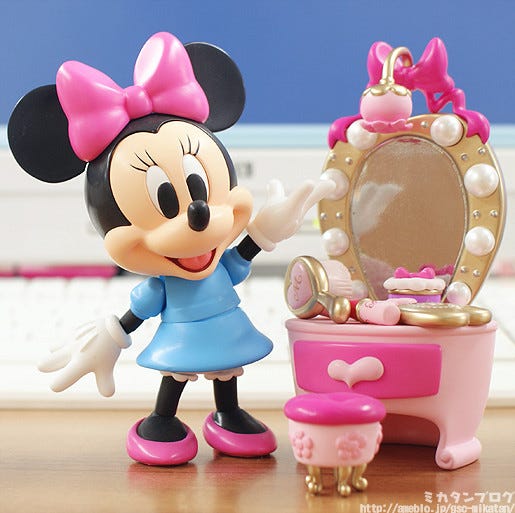 First up is her dresser!

I love the lamp shaped like a flower, and the pearls surrounding the big mirror! This is definitely enough to make most girls squeal in delight! The drawer of the dresser also opens and closes, so you can safely store away the little parts that are included. 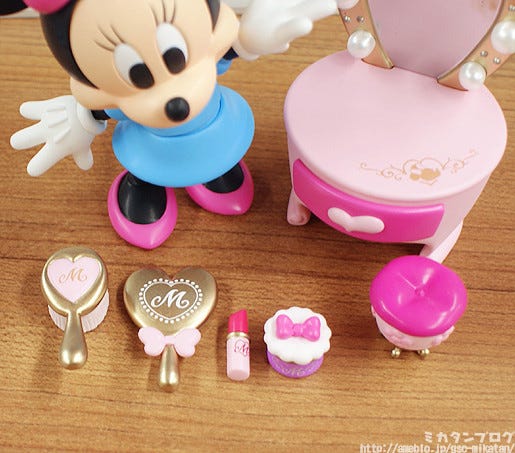 All these little goodies are marked with the ‘M’ logo as well! Minnie herself is lovely, but these little extras are simply amazing as well! They give off a kind of retro feeling that really suits Mickey Mouse, but at the same time they are all so stylish! 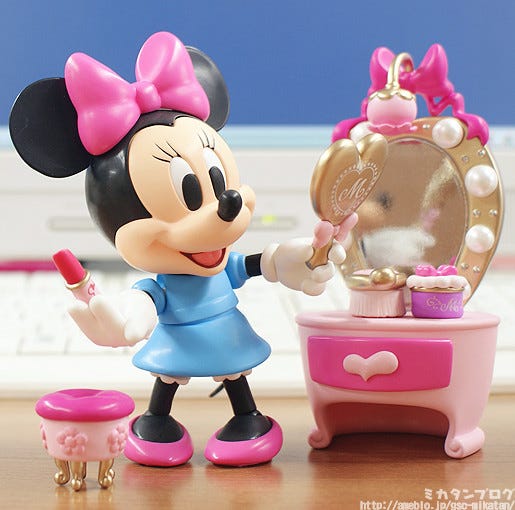 She can hold the lipstick and mirror!

This way she can be posed putting on her make-up just before the show! I don’t think you can see it very well in this photo, but her little finger on the right hand is absolutely adorable! 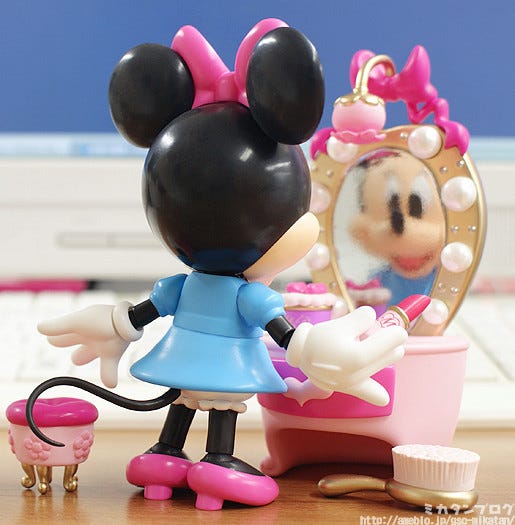 Having finished her make-up, Minnie now takes a good look at herself in the mirror for a final check! She is posable, but only at certain points – the neck, shoulders, wrists, thighs and ankles are posable. It’s very easy to get her into some very nice looking poses! 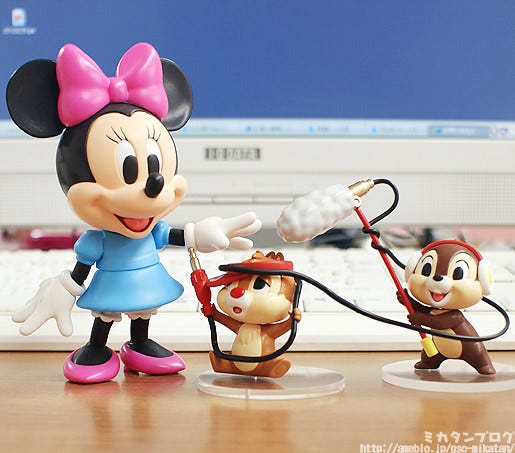 The mischievous Chip and Dale! 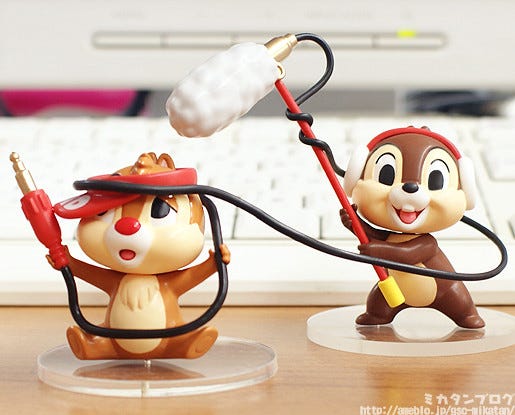 They are helping out with the filming!

Dale is wearing a sun visor with ‘AD’ (Assistant Director) written on the top. Chip is wearing headphones, helping out the sound team! Those fluffy headphones and mike look great as well! And the cord wrapping around Dale is cute! 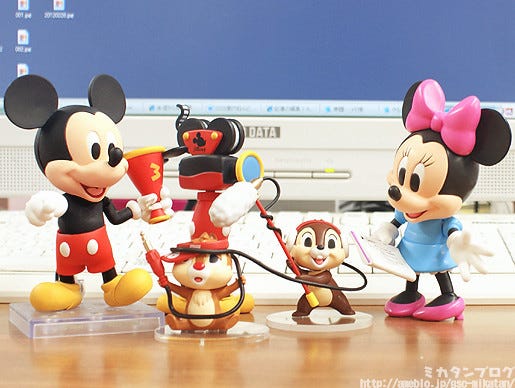 Mickey came with a load of extra parts putting him in the director’s seat! If you combine it with all the parts that come with Minnie it really creates a nice scene! Minnie also comes with a script, which is even signed by her! You can really recreate the world of Disney right on your own desk!


She was put up on the Good Smile site today!! (`･ω･´)ゞ
If you have any preorder or sales queries, be sure to contact our partner shops!