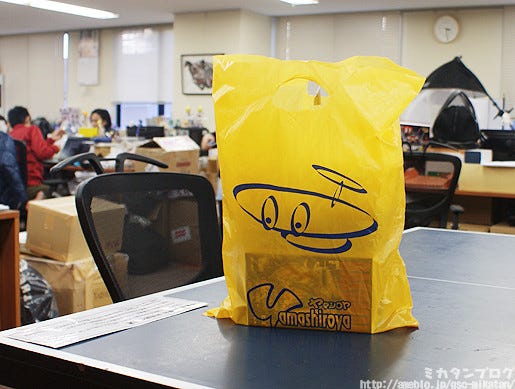 Hmm… it looks like nobody has noticed it yet. I guess that means I can play around with it first!

Completely unrelated – but I actually go the the Yamashiroya store quite often, so this packet was quite appropriate. :P 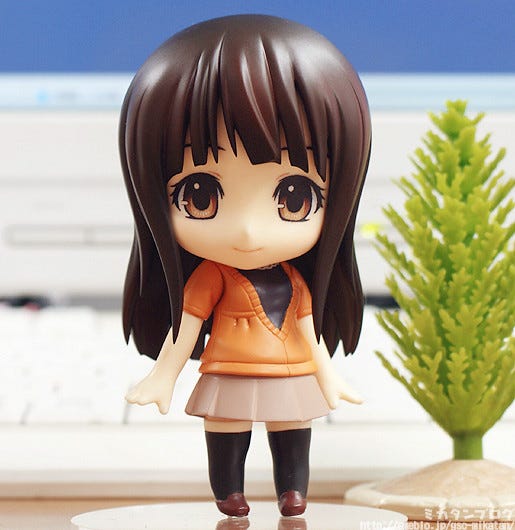 Anyway, today I’ll be taking a look at this lovely figure!

From the popular manga and anime series ‘Bakuman’ comes the 4th Nendoroid from the series – the beautiful Miho Azuki! The beautiful illustration by Takeshi Obata has been shrunk down to Nendoroid size perfectly! That long hair looks absolutely gorgeous! ((((ﾟДﾟ)))

Miho’s long straight hair can be seen here very nicely! The sides are layered and it is kind of shaped like an upside down U. She really is so beautiful, and the sculpting work brings that beauty out perfectly! 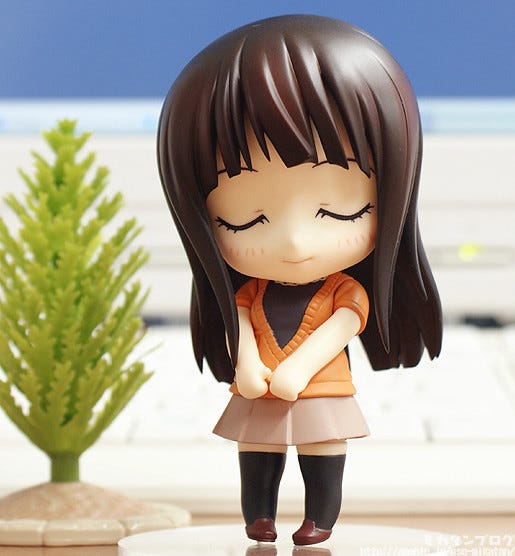 You can use the expression along with the arms held in front of her to create a really adorable looking pose! The shoulder part and arm can be separated, so you can attach a different arm to this shoulder if you’d like! 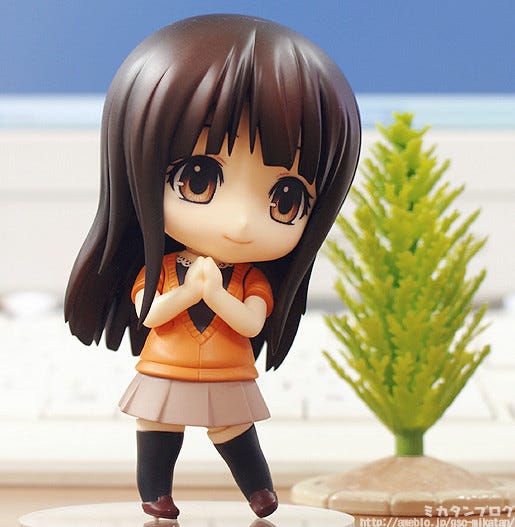 Miho looks exited about something!

These hand parts are connected at the palms, so they need to be used together like this.  But Miho looks so cute no matter what she is doing!! I’m fairly certain that if I was a guy I would have fallen for her in a split-second! 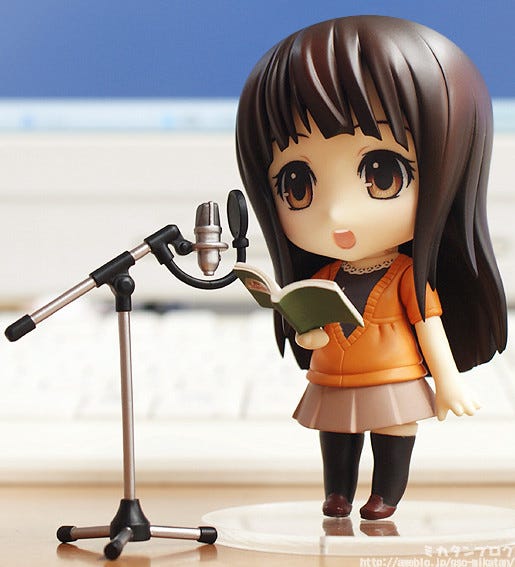 A dubbing mike and talking face!

Miho is trying to become a voice actress, so these parts just had to be included! The black circle thing in front of the mike (what do you call it?) is even included!

She also has a script for the ‘St. Visual Girls Academy’ show!
A whole bunch of parts to display her trying her very best at her voice actress career! 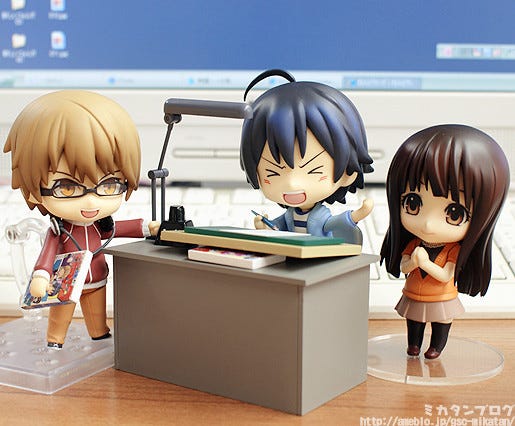 Displayed with Saiko and Shujin!

I love displayed full series together like this! I still think that Saiko came with way too many extras – that desk was such a lovely bonus! Also, don’t forget about Eiji Nizuma, who is currently available for preorder!

She’ll be on the GSC website from the 19th January! (`･ω･´)ゞ
If you have any sales or preorder queries, be sure to contact our partner shops!


By the way, the publisher of Bakuman said they were looking forward to this blog…. so I was under so much pressure writing it! I hope you enjoyed it!! （;ﾟдﾟ）