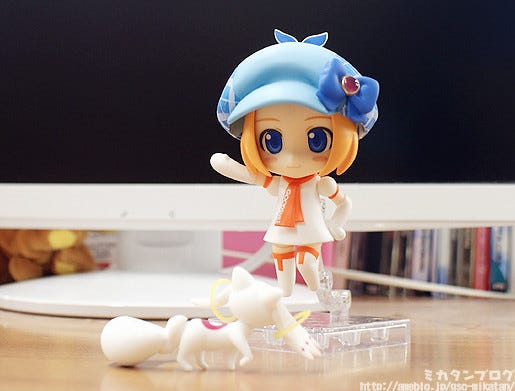 I’m sure certain people will recognize that hat very quickly!! Oda-P was in charge of this product! It’s only half way through the month and he is already out on his second trip to China this year… but at least that gives me a chance to play around with her! :P 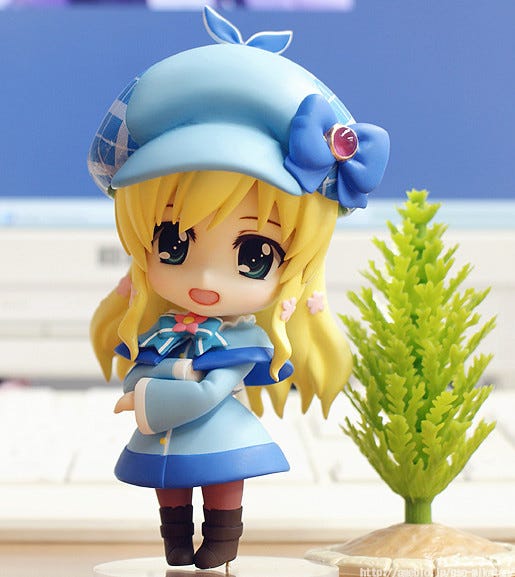 From the anime series with a brand new second season, ‘Tantei Opera Milky Holmes’, comes the last of the Milky Holmes girls Nendoroids – Claudia Glauca! That means we finally have all four of them to display together!! It’s taken a bit longer than expected, but we’re finally there!! I wanted to do a group pose, but unfortunately Nero was out on a trip to China… aww… :( 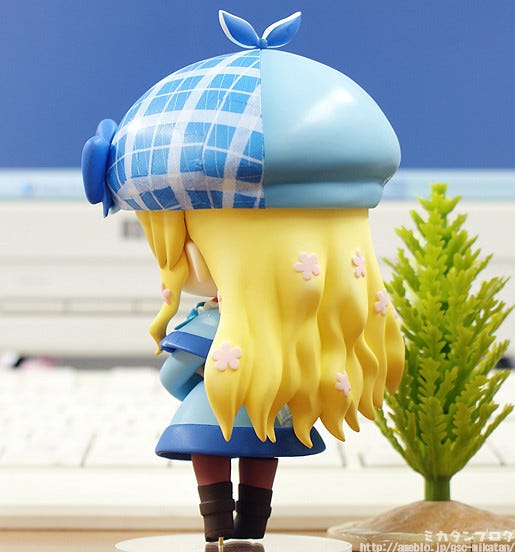 Cordelia has lovely flowers scattered all over her hair! Although apparently they are quite a pain for the production team to deal with :P. But it wouldn’t be Cordelia without those flowers!! 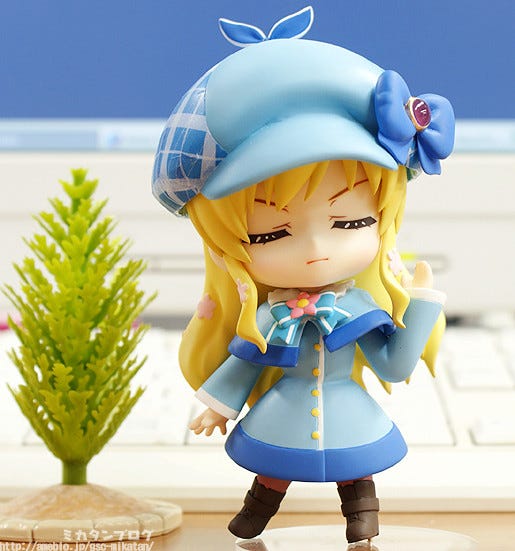 As with all the previous Nendoroids from the series, Corelia also comes with an expression with closed eyes to recreate her using her unique ‘Toys’ ability. In Cordelia’s case, this is the power allows her to strengthen her senses! You can combine this with the bent arm part and it makes it look like she is trying to hear something far in the distance! (The bent arm in included for both her left and right arm!) 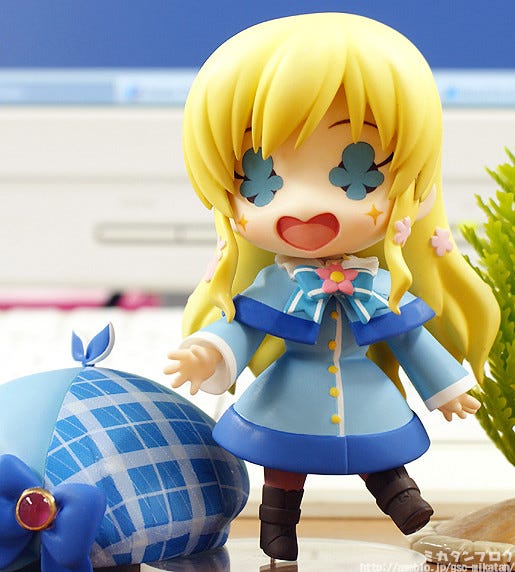 Next up is this delusional expression!

Cordelia often gets so exited about something that she turns into a completely different person like this – her eyes become flowers and she gets super exited! It’s so cute to see her displayed like this!

Of course her hat can also be removed! (･∀･)ゞ
This has also been a common part of the series! It’s apparently quite a challenge to get a deformed figure like a Nendoroid to keep a nice balance with and without a hat, but the Milky Holmes series has achieved it wonderfully! 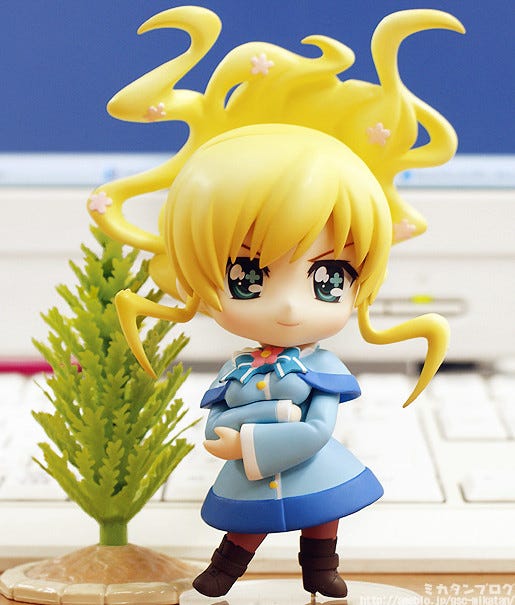 Cordelia Gray has taken over!

These parts allow you to recreate Cordelia when she was possessed by her ancient ancestor, Cordelia Gray, in episode 8 of the first season of the series!

An extra expression, a cape with big breasts, and hair standing straight up! So many extra parts to enjoy!

So in total… there are four expressions, two different different hair parts and still even the extra cape with bigger breasts! Nice work Oda-P!

She will be on the GSC website from tomorrow!

If you have any preorder or sales queries, be sure to contact our partner shops!

A quick notice that Meiri has been sending out a mail to the winners of those who scratched a winning New Year’s Card – those people will get to but something up on the blog! 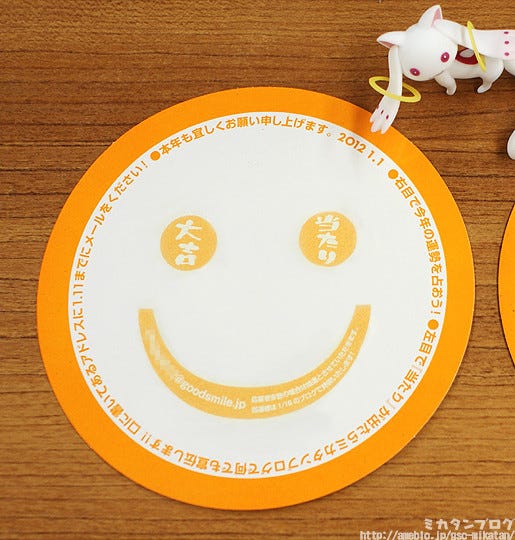 Just send the text and image you want to display to the specified email address! The messages will start from the 23rd January!


But anyway, that’s all for today.
I hope to see you all again tomorrow!! (・∀・)ノ゛