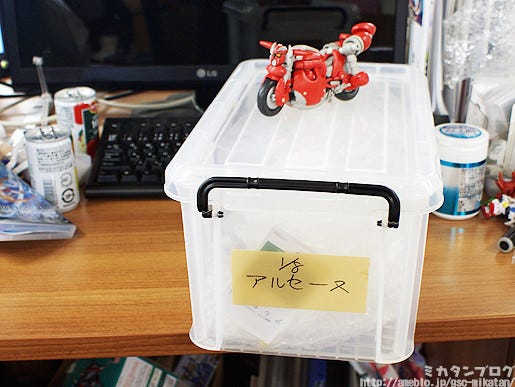 And it even transforms just like the series! Isn’t it amazing! But I get the feeling that if I break it I’m gonna be in a lot of trouble, so lets leave it for now. :P

We can play with the figure beneath it instead! 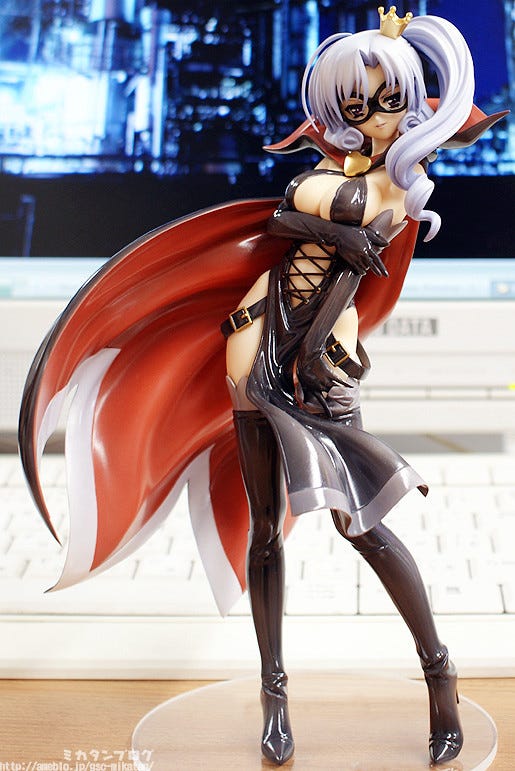 She is the leader of the evil Phantom Thief Empire, which opposes the Milky Holmes girls!

To those thinking along those lines…

It’s a good thing that she is a 1/8th scale figure! 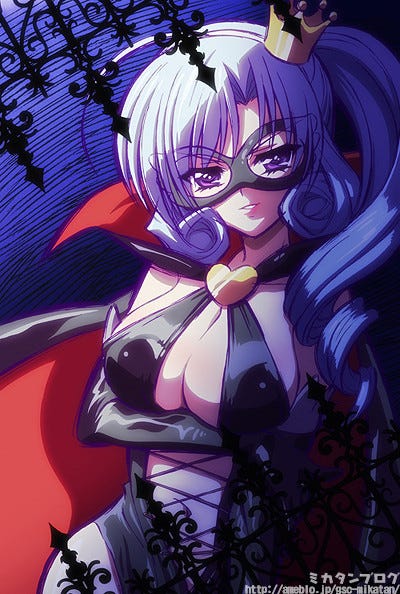 This is the image the pose is based on!

It is actually a part of the ending theme for the anime! The unseen parts such as her left hand’s fingertips being inside her boot is all just the sculptor’s imagination – great job! 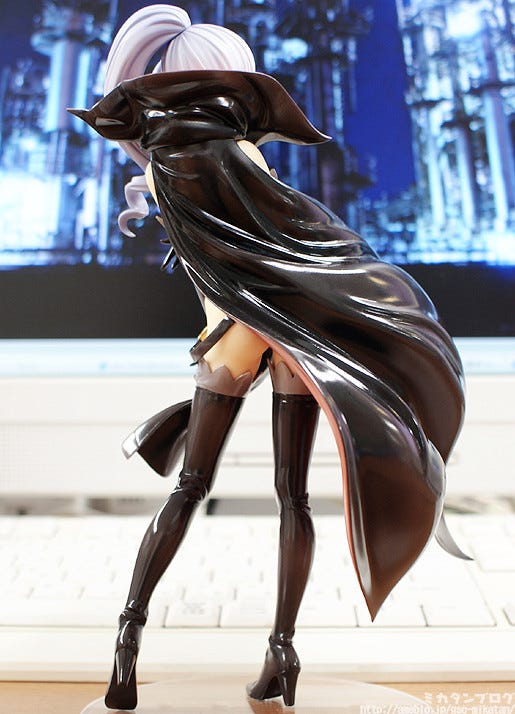 From this angle, you really can’t tell whether she is wearing panties or not!! (Although, I’m sure some will be disappointed, but she definitely is :P) Those high boots are also lovely and sexy! 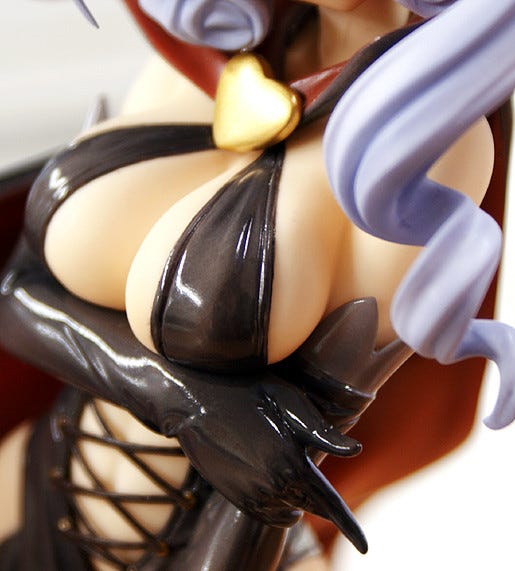 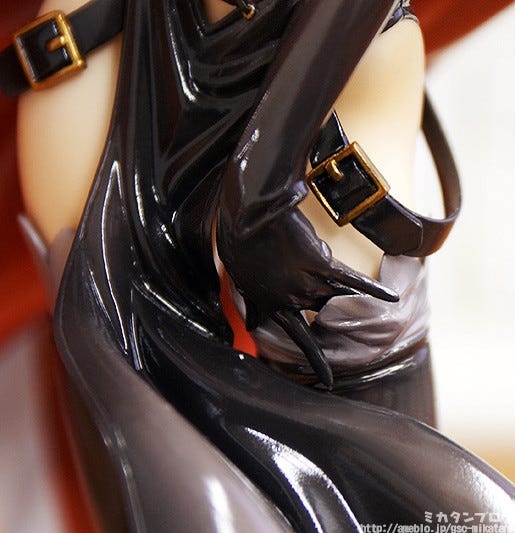 The fingers slipping into her boot!

You know the sculpting is amazing when you can see the sexiness just from looking at her fingertips!! 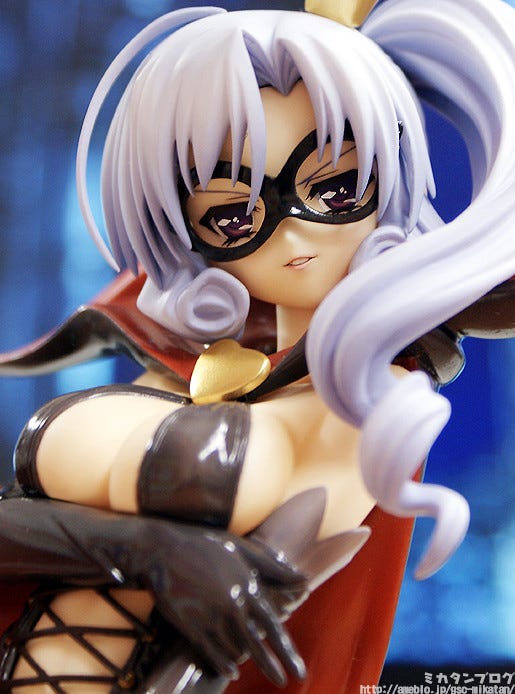 Just stare into her downward glare for a few seconds – if you’re anything like me it’ll really get your heart beating! :D The way the hair has come out also looks just like the original illustration – I love the way the two sides have such different balance. 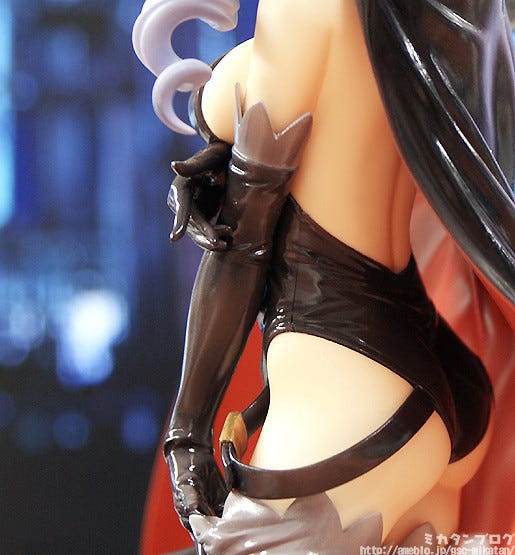 Even from a side angle she is super sexy!

There is nothing wrong with small breasts, but at the same time I think Arséne is showing us exactly why some people prefer them bigger. ^^; 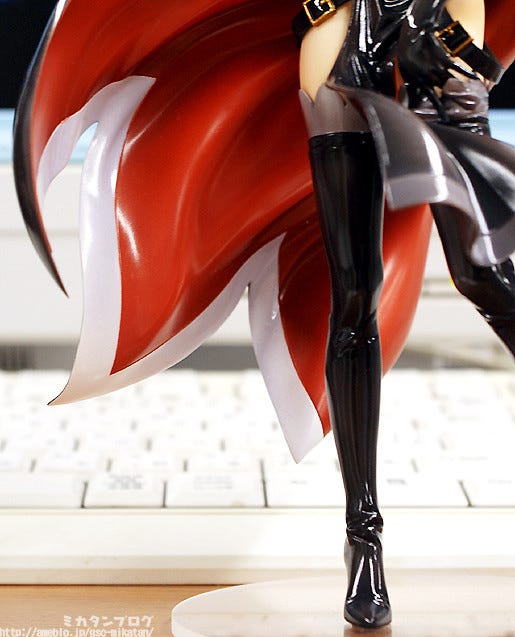 The dark red feels like the perfect color for her!

The red inside the cloak really complements the dark outfit and sexy look perfectly! Skin-color, black and red are the perfect colors for that sexy look! This figure is the perfect example of that! 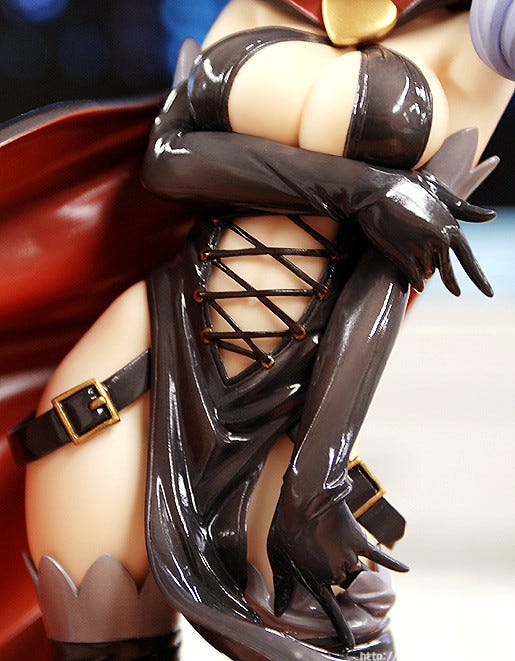 Just look at her beautiful curves!!

She’ll be on the GSC website from the 23rd!
For preorder and sales info, check out our partner shops.

A quick note from Oda-P, who was in charge for this figure!

The TV anime of Milky Holmes may be over, but tomorrow (the 20th Aug), a summer special is airing!!

Be sure to watch it!

And that’s all from Oda-P! If you’re a Milky Fan, then don’t miss out! 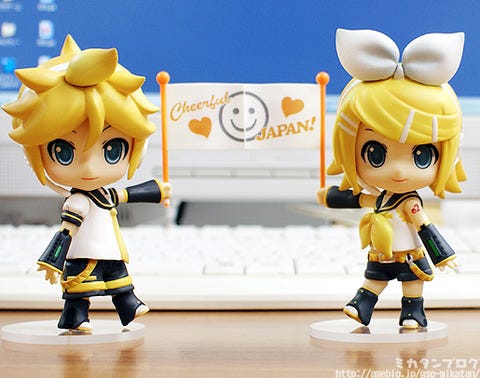 The Cheerful JAPAN! Project, Part 4:
Nendoroid Rin & Len Kagamine: Cheerful Ver.!
They can be ordered until the 29th of August at 20:00! (JST)

They come with all the extras from the original Nendoroids as well as extra parts specifically for the Cheerful Ver.! Plus the new versions are fully able to switch expressions between other Nendoroids. For every sale of 3000JPY, Good Smile Company will be donating 1000JPY to aid the relief efforts in Eastern Japan.