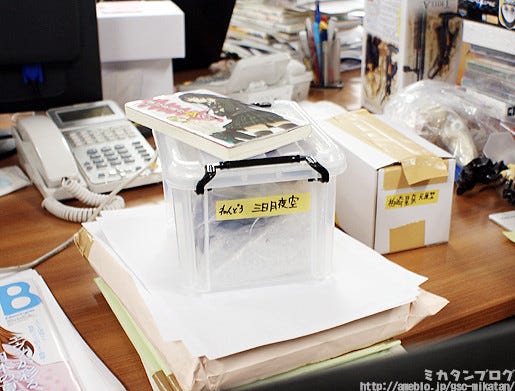 Otanaka is out on business to Sapporo!

He is out to watch the Miku concer- I mean, sell and display GSC goods related to Miku at the event!, and yet I’m left here in Matsudo. :(

Which means I can take a look at this figure that was at the TBS Anime Festa! 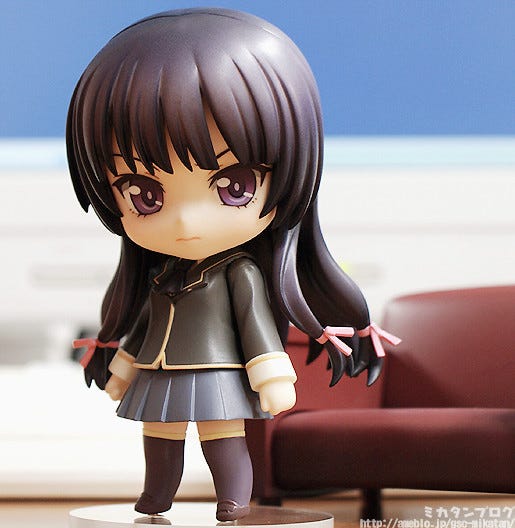 She is the main character from the light novel ‘Boku wa Tomodachi ga Sukunai’, which is soon to become an anime! Those who read the novel will know she is not the nicest of characters to hang around! :P Even as a Nendoroid she still has that unsociable air about her! 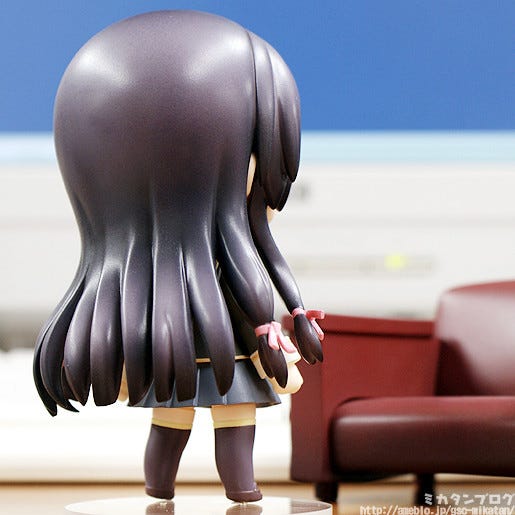 This is how she looks from behind!

Her straight black hair looks very nice shrunk down to Nendoroid size! She also has the little pink ribbons tied on the two strands of hair on the side! 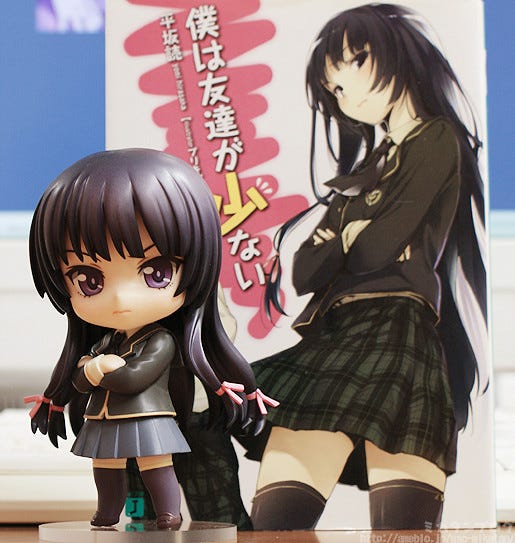 The pose from the novel’s first volume!

The illustrations of the novel are courtesy of Buriki!  The attention to detail is really beautiful, I love his work! The Nendoroid has a slightly different feeling to it, but she is still just as cute! They’re both so cute!!

As you can see, she comes with crossed arm parts! 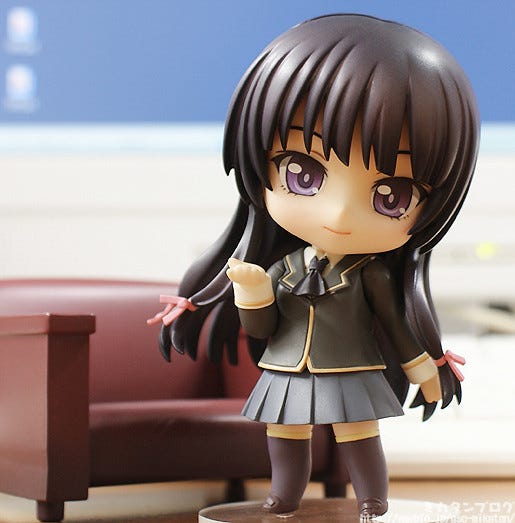 She also comes with a smiling expression!

It’s not an expression that she often shows, but she does smile when talking to her imaginary friend, Tomo-chan! Aww, poor Yozora…. relying on imaginary friends like that just to smile. :P 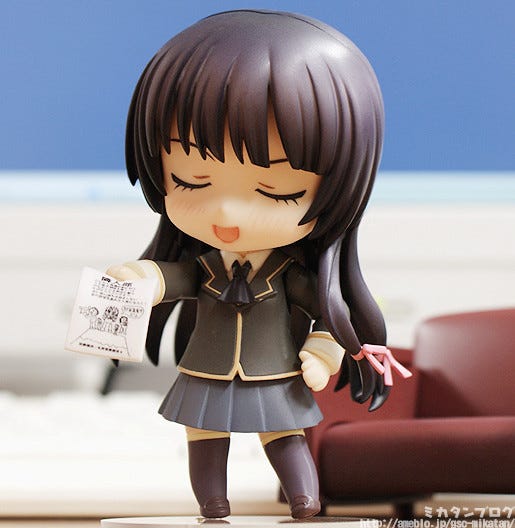 Next up, a smug expression!

It’s the poster that she makes in the series!

In the series Yozora makes a poster to try get more members to join the neighbor club! 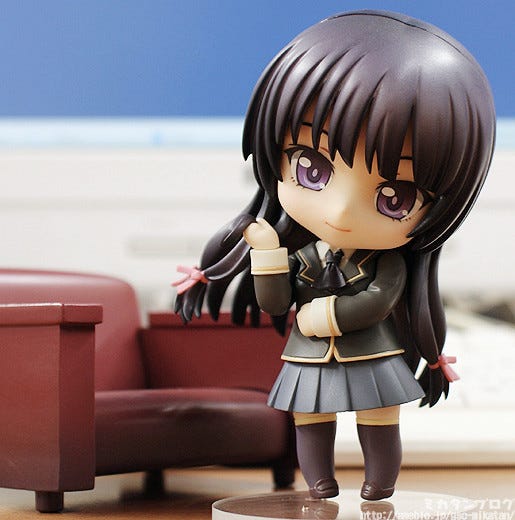 She comes with a load of arm parts!

An arm placed in front of her, arms on her hips and even an arm letting her put her hand through her hair! This allows you to recreate the pose from the stand that advertised the first volume, along with a load of other poses! 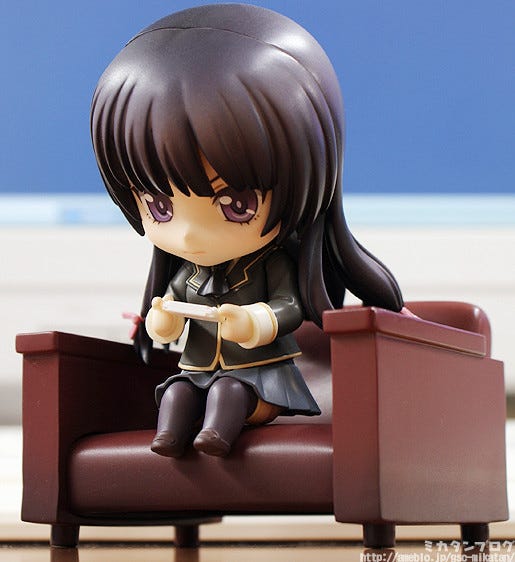 She also comes with a giant sofa!

Plus a sitting lower body to sit on it!

Those who have read the novels will know this is one scene that just has to be remade in Nendoroid form! You can even pose her playing on her PSP! 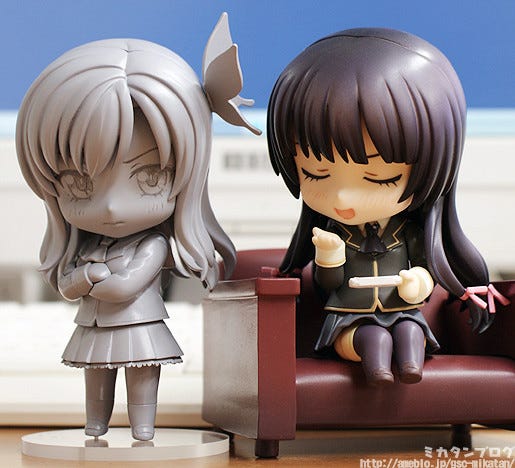 Yep! I’ve mentioned it before, but she is also on her way to the Nendoroid world! Those lower eyelashes look just like her!! Now Yozora will have someone to play Monster Hunter with! :D In the series Sena actually receives a rather interesting nickname from Yoroza – ‘Meat’. :P

“I have never considered you as an ally. You are simply… meat!”

For preorder and sales info, check out our partner shops.