Tsukki is still away on his trip to China!

The Bramble is valiantly defending his desk, just like when Gakkun was away in China!! Although I do wonder how he managed to move between desks… 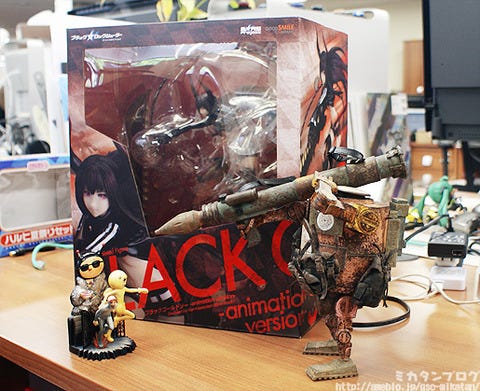 He seems a bit  busy at the moment though…
So I can grab this sample away from the desk!! :D 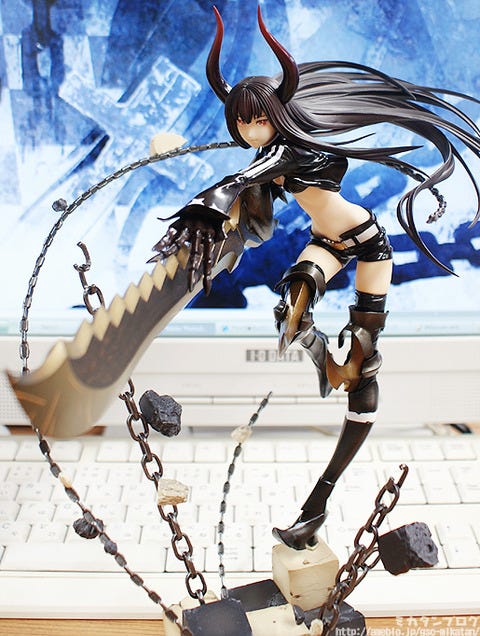 And so today I’ll be taking a look at… 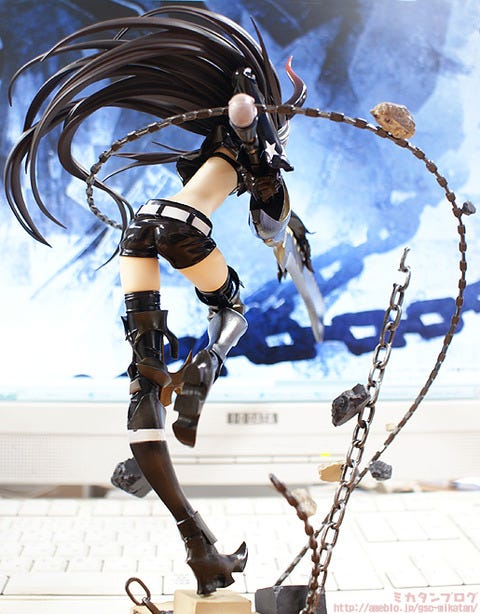 Her outfit has a very similar design to BRS-chan – it even has that same famous star mark. At the moment we don’t really know exactly what their connection is, but I’m sure we’ll find out soon enough! 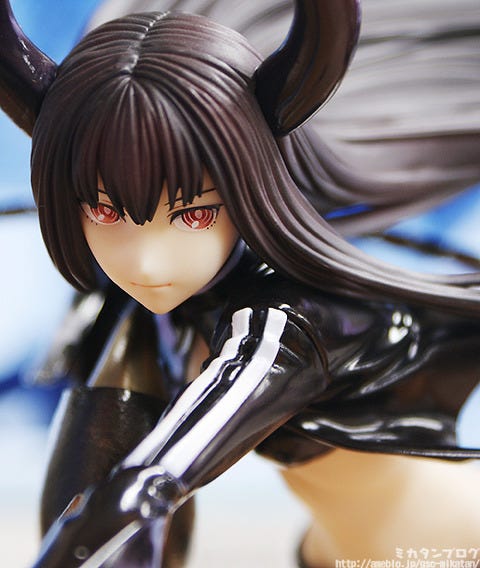 Isn’t she a beauty!

She has a more mature feeling when compared to the previously released BRS-chan and DM-chan figures. That upward glance is also wonderful – I makes my heart skip a beat every time I see those eyes! 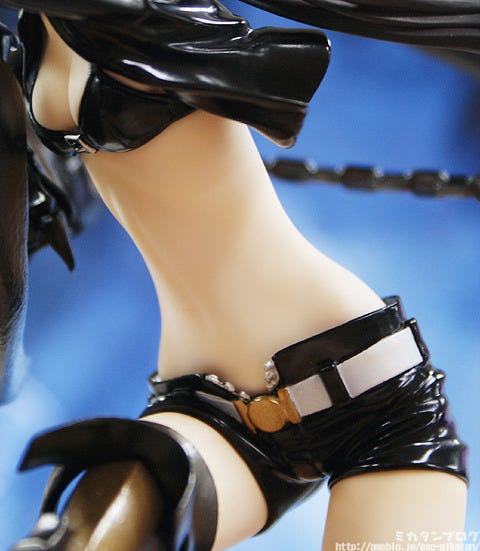 A long angle between her hips and breast!

She definitely has much more of a bust when compared to BRS-chan. ^^;

But just as stunning as her bust is her stomach line!!!
There is so much skin visible as well! You can even see her pelvis bone!! It’s just so tempting!! 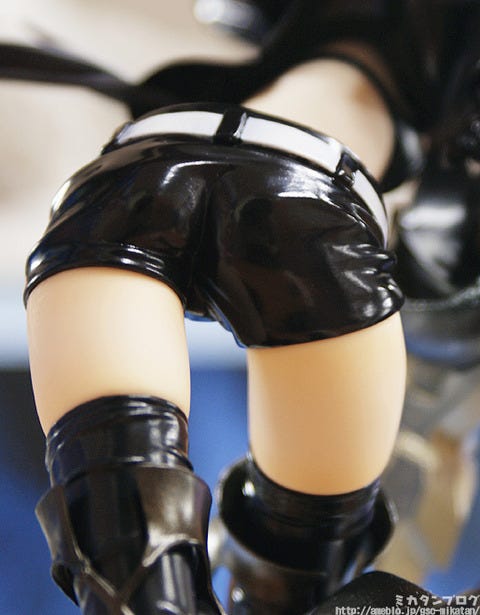 They are so soft and slender, yet still have a nice padded feeling to them! I also love the way you can just see her socks sticking out the top of her boots here! 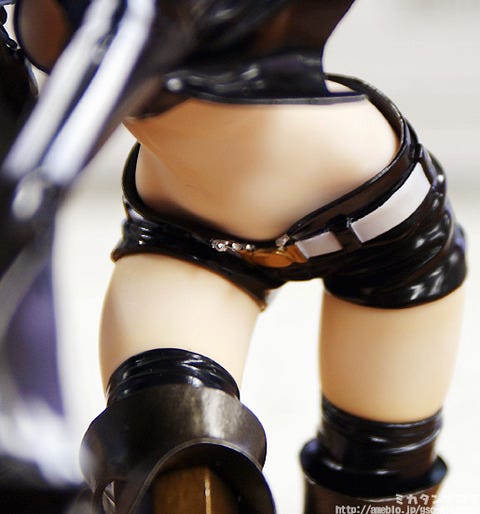 Looking from the top like this you really get a feeling for how baggy her pants are – anyone who says this isn’t sexy needs to get their priorities straight! xD 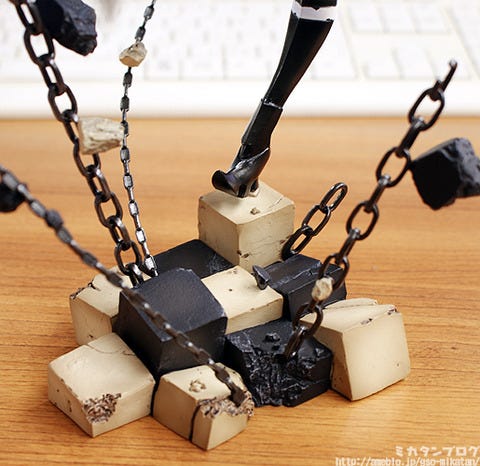 Just like previous figures from the series, the stand features a diorama from the BRS world!

Golden Saw-san’s stand is covered in crumbling blocks and signs of a big battle taking place – which really suits the dynamic pose of the figure. The chains can all be attached easily by reading through the included instructions. 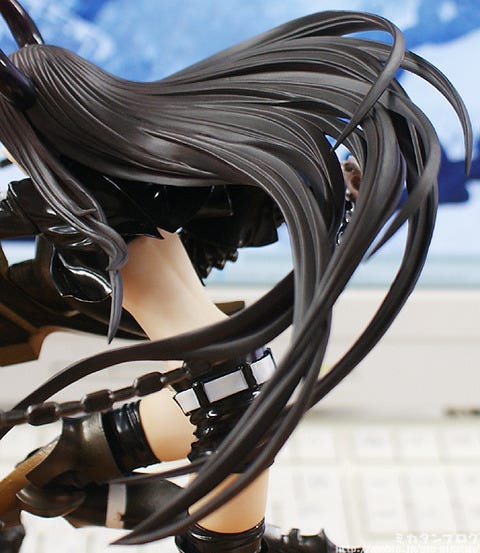 As if the pose itself didn’t give enough of a dynamic feeling, her hair adds even more of an impressive effect – it really feels like she’ll jump to life at any second. That view of her back is also incredibly sexy! 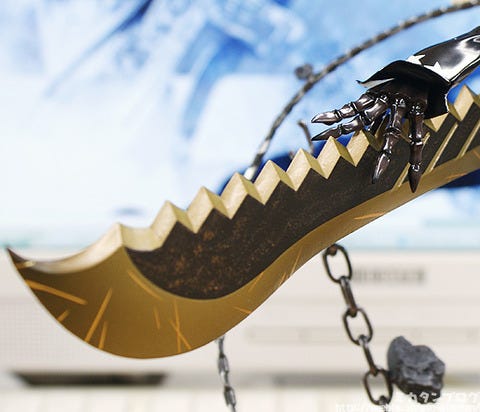 A unique sword that is filled with sharp edges like a saw – it’s really huge and looks like it could cut through anything!! It is also covered in a number of scratches and dents – clearly a sign of all the battles Black Gold Saw has been in during the past! 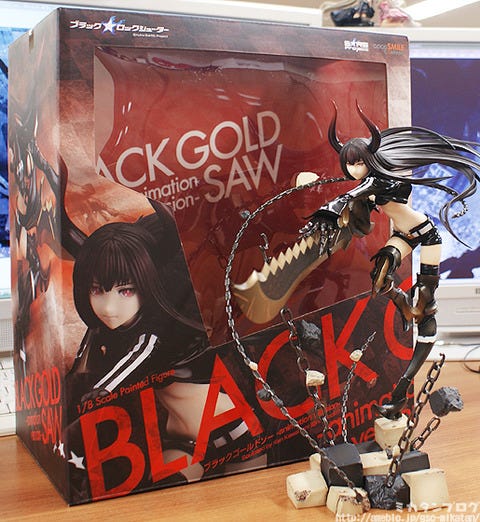 She will be available at our partner shops from the 28th!

For preorder and sales info, check out our partner shops.

The Hatsune Miku Good Smile BMW has come first in a major race!
A new set of personal sponsor courses are going to include a new figma to celebrate!

The racing team ‘GSR & Stsudie with TeamUKYO’ driving a Hatsune Miku itasha in the high speed ‘SUPER GT’ race has achieved it’s first win in the race that took place on the 18th/19th June at Malaysia’s Seven International Circuit.

It’s been three years now, but the Miku car has come far over time and has finally been able to win! It really brings a tear to my eye!!

A new figma will be available with all the personal sponsor courses to commemorate the victory!

For more info be sure to check out the Good Smile Company official website: (Actual photos of the figma will be up shortly)