May 9, 2011NendoroidBy Kahotan
Check out more figures at the
Good Smile Company website!

Time to take a look at the first master figure of the month! 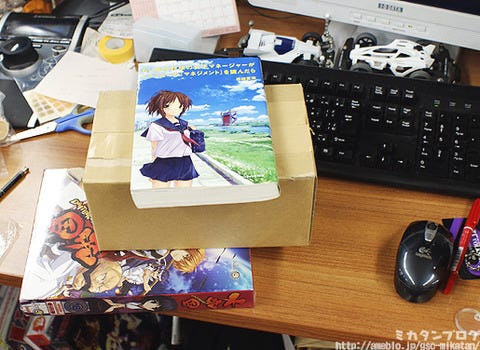 A shot of all the little things that take up my desk space! ^^
There are so many things on Oda-P’s desk that I really can’t display on the blog… it’s dangerous there! :P 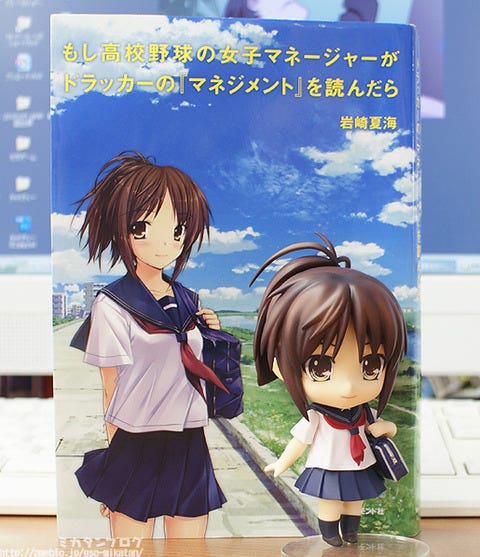 Anyways, today we’ll be taking a look at this figure!

There is also an anime of “Mushidora” that aired on NHK!
The original novel was apparently the 2010 No.1 bestseller with 2500000 copies sold! Plus there is also a movie planned for the future – it’s definitely a title to keep your eyes on!

Apparently the design for her character was based off AKB48’s Minami Minegishi! 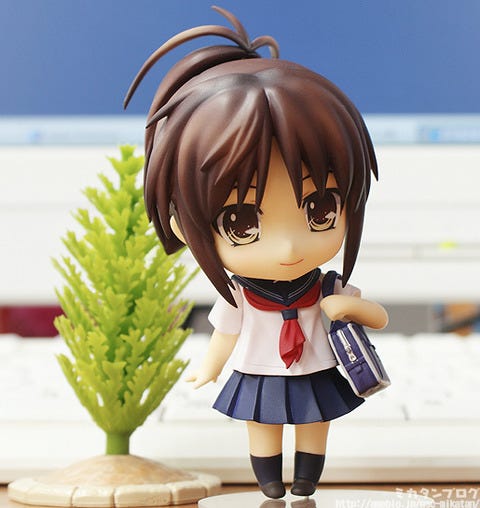 Anyway, let’s get onto the Nendoroid!

Her first expression is a smiling face!
Her bag with a bent left arm are also included as optional parts!

This allows you to recreate the illustration used on the front cover of the book. There are also different shoulder parts included to pose the arms in more directions! 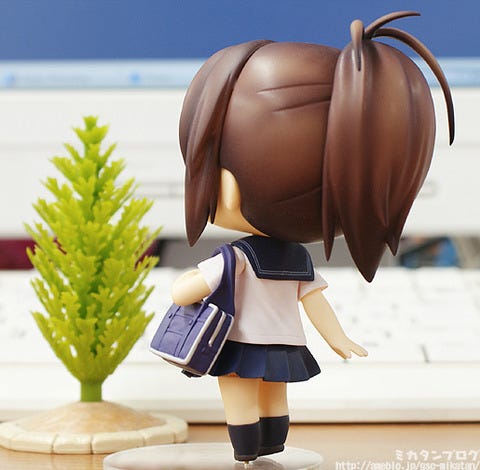 Her ponytail with little parts sticking up have all been shrunk down into adorable Nendoroid form! The ponytail is also fitted with a joint allowing you to move it around for even more subtle poses! 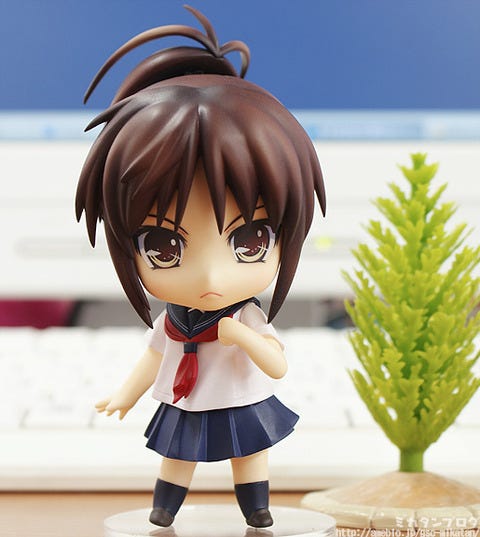 Next up, a determined face!

She has more details drawn into her eyes compared to other Nendoroids, which really makes her eyes stand out. That pouty face is also so cute! 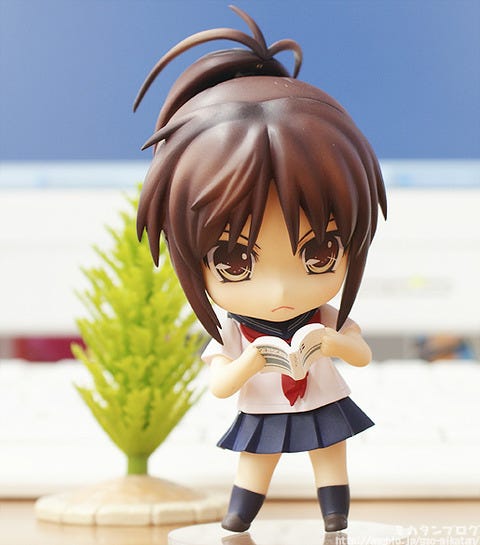 It wouldn’t be Mushidora without the book…

“Management”, plus arms to hold it! 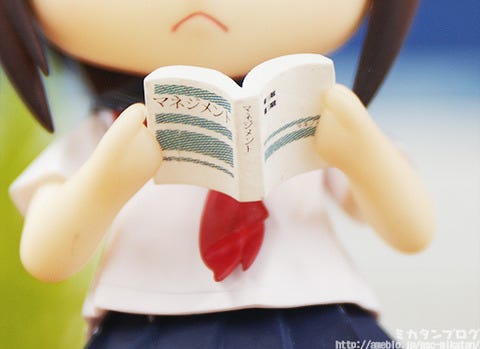 The front cover even has all the details!

The book, for those who don’t know, is a business related book written by a guy named Drucker. It explains things like ‘what is an organization’, and ‘what is management’. Those kind of things. Manami takes over the management of the baseball club so she starts learning from it! 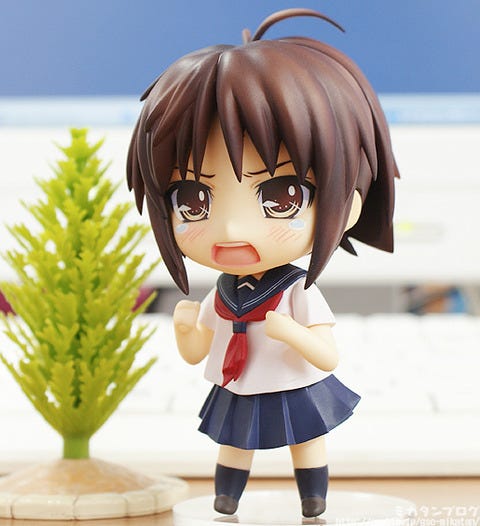 This face is really something! Definitely one that will pull on the hearts of fans of the series! 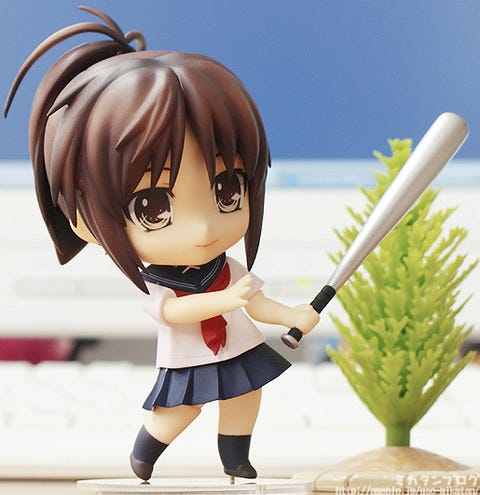 Yet another part the series just has to have! An extra right arm and shoulder are also included to recreate this scene of her hitting a ball! 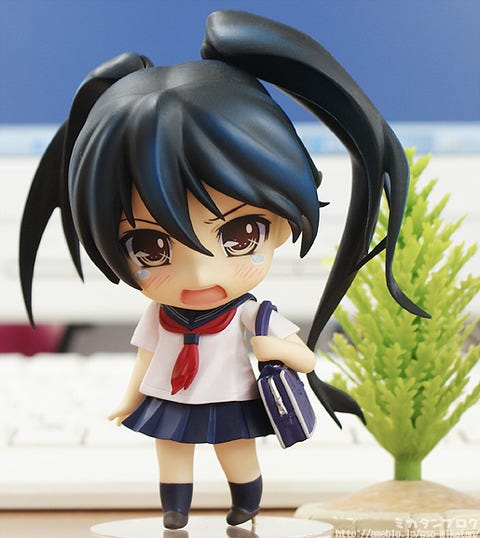 Those clothes are so adorable too!

What a wonderful picture! I think more than anything else it caters to my personal tastes, but it’s still a great picture! :P

She will be on the GSC site from tomorrow!
For preorder and sales information, please take a look at our partner shops.