I spy a figure to play with on someone else’s desk!! 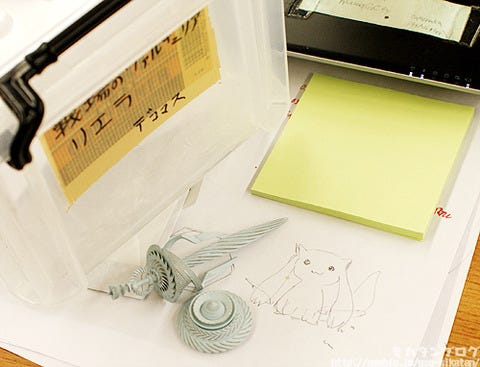 I guess I’ll just help myself as always… ^^

Plus there is already some ASCII Art of him!! 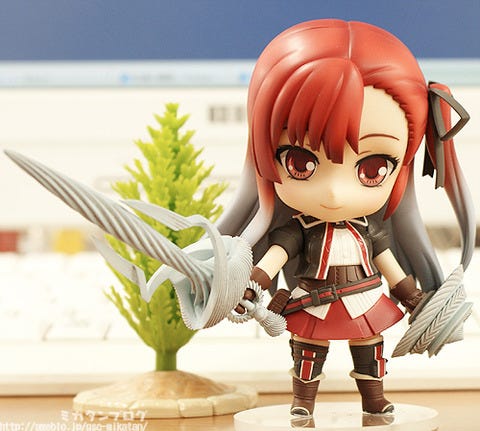 Anyway, lets get this review started! Today I’ll be playing with…

Riela is one of the heroines from the PSP game ‘Valkyria Chronicles 3″ which released in Japan this year. She’s a cute, reliable character who always tries to look out for everyone else!

…plus she has big boobs!! Yay! 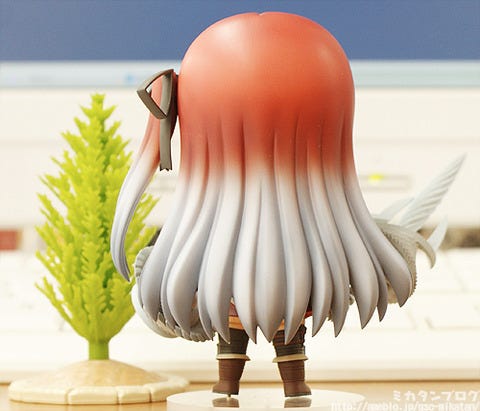 The most obvious feature for Riela is her contrasting red/blue gradient hair – and as you can see it looks great in Nendoroid form. The extra tied of piece of hair on her right is also fitted with a joint, so you can move it back and forth. 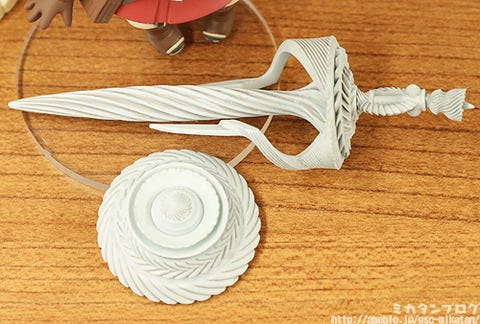 This is how Riela’s Valkyrian spear and shield look!

These are made from 3D Data!

When you actually get the chance to hold them in your hands and take a look you’ll be astounded by how fine the details are. Tiny details like these are difficult to replicate by hand, but by outputting 3D data the details are much easier to perfect! 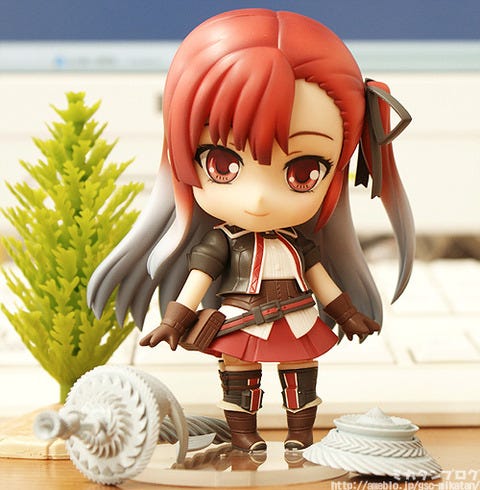 You can equip and unequip the weapons!

Don’t only look at the weapons though – the details on her clothes and boots are also outstanding!!! The glove part of her hands can be replaced with straight for a more simple pose like this one! 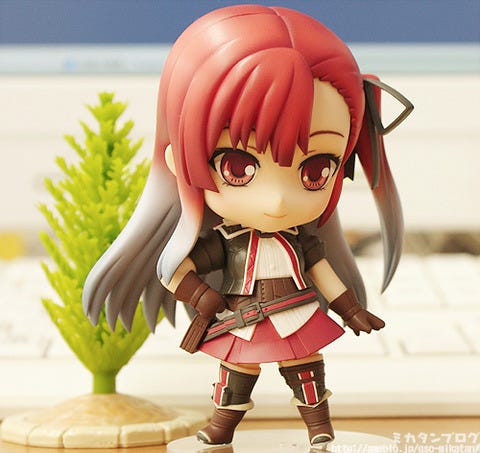 She has an extra bent arm part for poses like this!

I’ve also twisted the joint at the waist slightly which gives her a more feminine pose. Riela looks amazing with her weapons, but shes just as charming away from the battlefield! 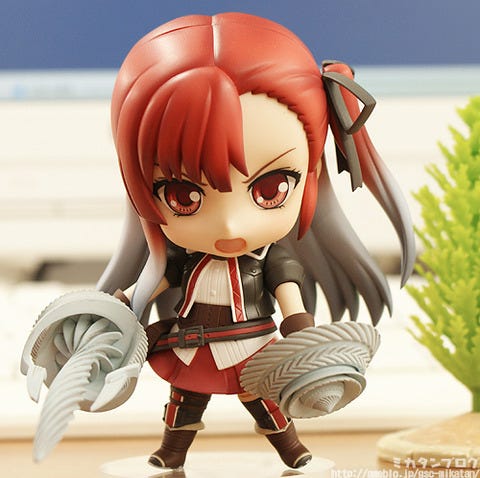 Riela comes with an angry face!

This is the perfect expression to recreate a scene of Riela charging her enemies! You can twist the shield and gloves to get the weapons into all sorts of different positions from the game – from raised upward above her head to relaxed down by her side! 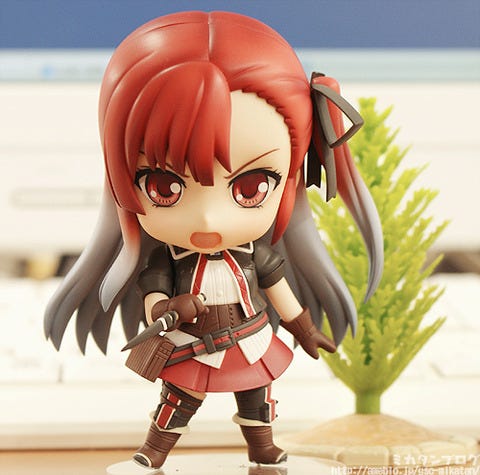 Riela also has some non-Valkyrian weapons she can use!

A knife to hold in her right hand!

This is a memento that was given to her by her grandfather, which she now carries around with her wherever she goes. The knife is also nicely detailed so Riela fans won’t be disappointed by it! 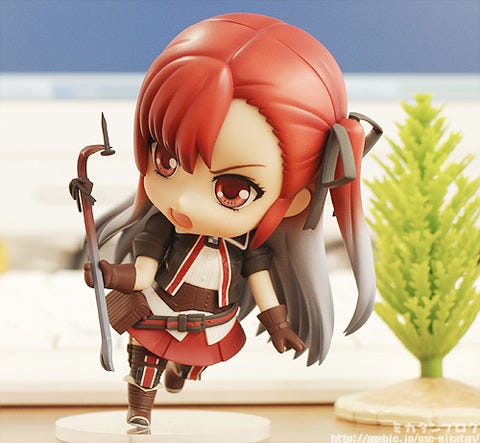 Last but not least – a crowbar-like-weapon!

This is actually an item that makes its appearance in the bonus mission called “Nikkitousen” – the mission you get access to by buying the Nendoroid!

It’s a mission made specially for Nendoroid Riela!!

The original image of the crowbar-like-thing!

You may have noticed that the colors actually mimic those of Riela’s hair!

Normally you can get and of the DLC by just buying it on the PS Store, but…

This mission is only available with Nendoroid Riela!!

If you’re a fan of the gae you won’t want to miss out on it!!

She’ll be on the GSC site from the 1st March!

Check our partner shops for details or pre-order information. 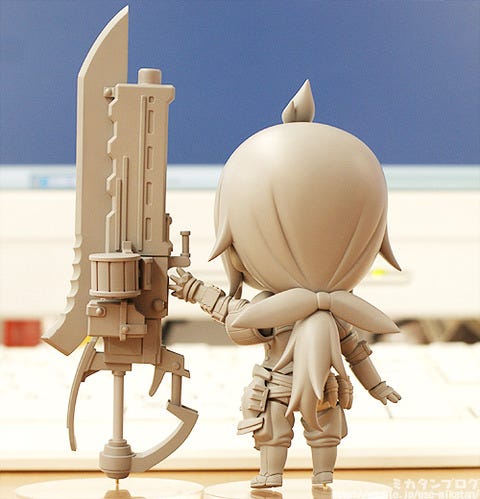 Nendoroid Imuka is also on her way!!

She’ll be announced a little while later… but for now just seeing the size of that weapon gives you something to look forward to!


(C)SEGA
* Please note that this blog’s contents is originally written for a Japanese audience and is then translated for our foreign customers. All pre-order and release dates are the Japanese dates. Also note that not all products can be sold in certain areas