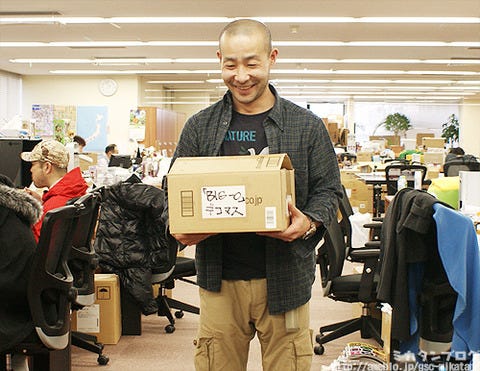 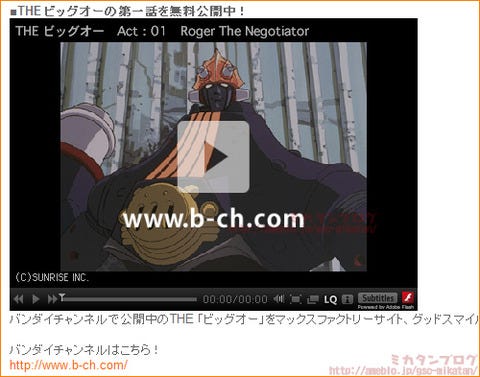 Let me first find out something about the series!
You can watch the first episode of the Big O on the “MAX Alloy Big O” product page! If you’ve never had the chance to see it consider checking it out!


My thoughts on episode 1…!

The setting was also really nice!
I thought it was just going to be another typical robot anime, but that wasn’t the case at all! The overall design and even the music all gave a really nice retro feeling to the show as well… and Dorothy was so cuuuute!!! 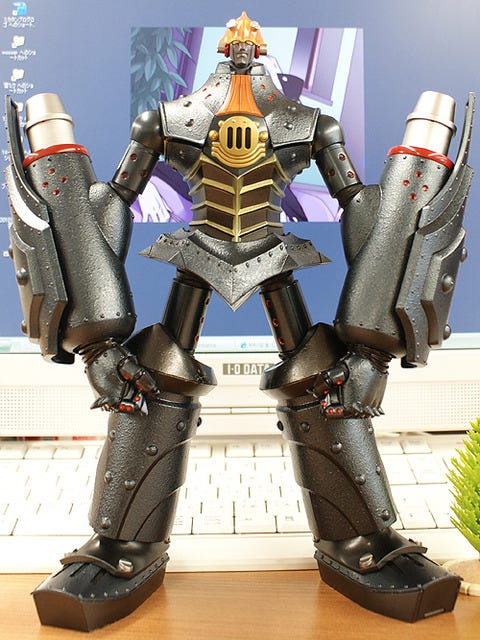 Admittedly I still don’t know very much about the Big O, but I’ll still be taking a look at this impressive piece of art today:

It’s a giant model of the Big O itself made to join the famous MAX Alloy series! It’s up for preorder at the moment! 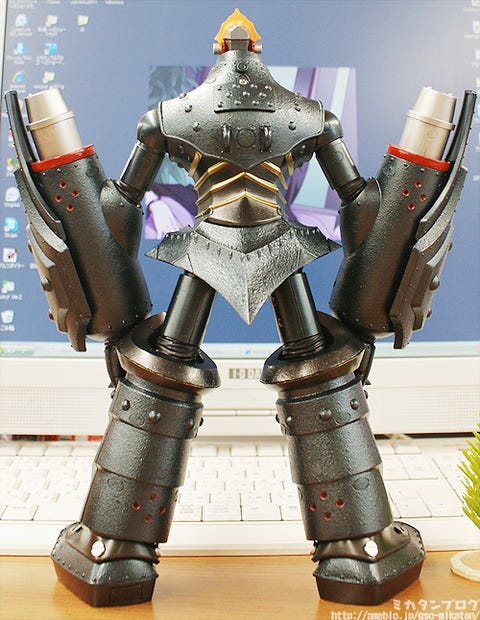 This is how it looks from the back!
The first time I held it the following two things came to mind:

It really gives you the feeling that you’re holding a giant metal robot! 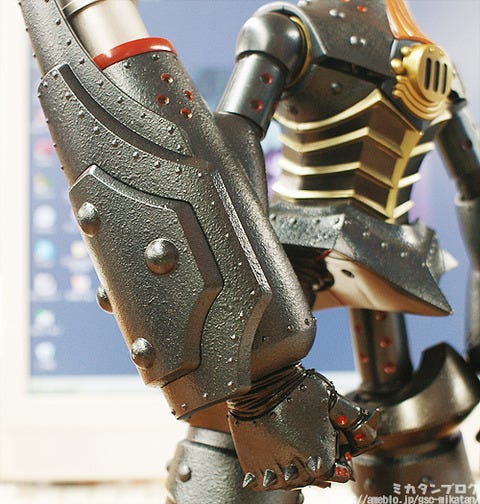 This is the paint work we took a look at during the live broadcast a little while back – it’s painted to look just like cast metal, and it really does!! 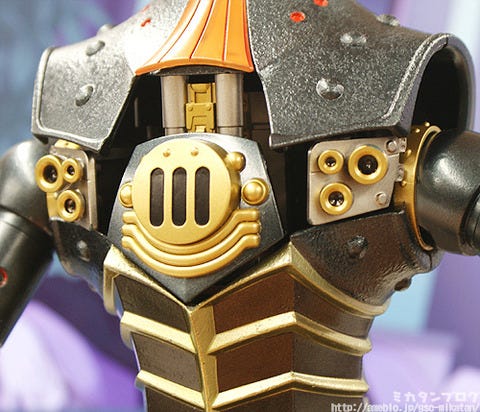 This isn’t in the first episode, but apparently this is to recreate the Big O’s attack known as “Canon Party”! Even the parts inside the chest are made highly detailed! 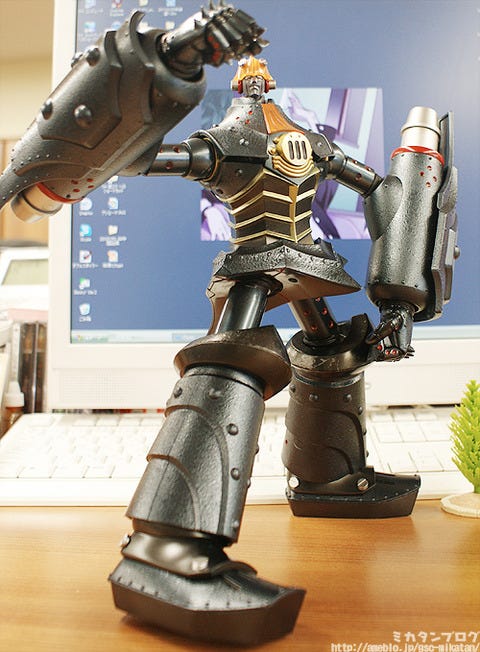 You can place him in awesome poses!
What do you think of my posing, Aesop-san?!

What! I thought it was pretty good!
I guess I’m too used to cute things so I’m kind of useless when it comes to things like this… A lot of others also told me this was no good… I really don’t know what’s wrong with it… ^^; 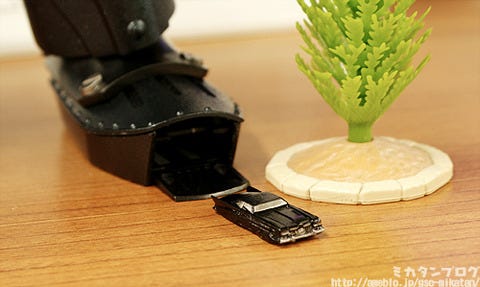 The car can be stored away in the Big O’s foot, and it can also be shot out at the push of a button!! Is the Griffon a real car? I want to try riding in one!! 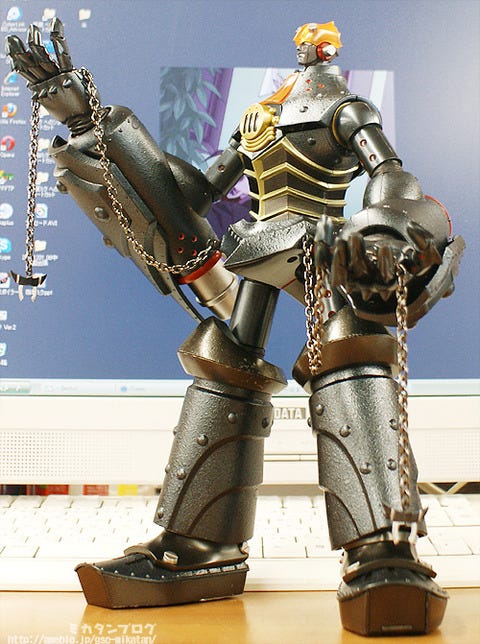 It comes out of the triangular part on the arms and can then be equipped as seen above. The chain is also feels very heavy… the optional parts are just as high quality as the main model! 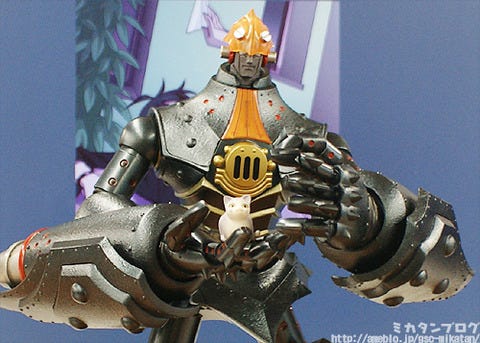 Big O Will defend the kitty!
Apparently I can’t make cool poses, so I’ll just have to add in some cute for myself! ^^;

Both an open hand and a clenched fist are included!
Plus the open hand is really impressive… 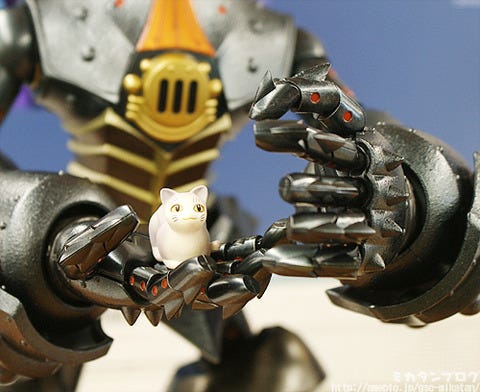 All of the fingers have posable joints!

You can pose the hand almost as freely as you can pose your own hand! 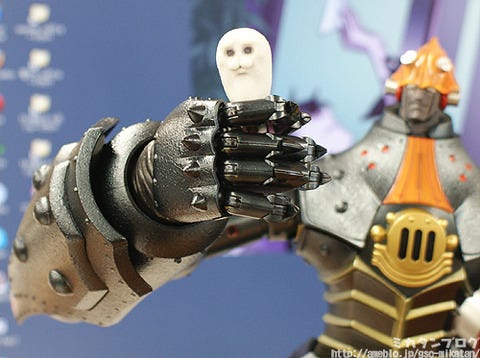 You can also hold all kinds of things!

Hmm… this makes him look like a bad guy… I swear Big O is a good guy! 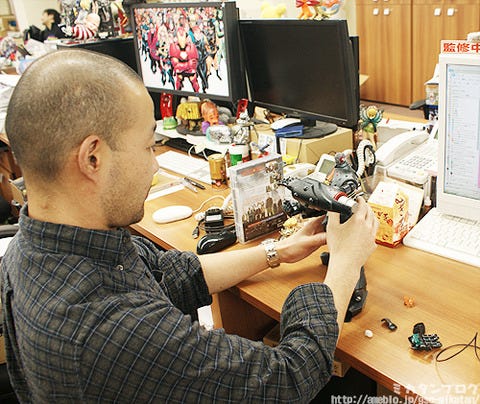 Let’s get Ozawa Aesop-san to pose him for me! 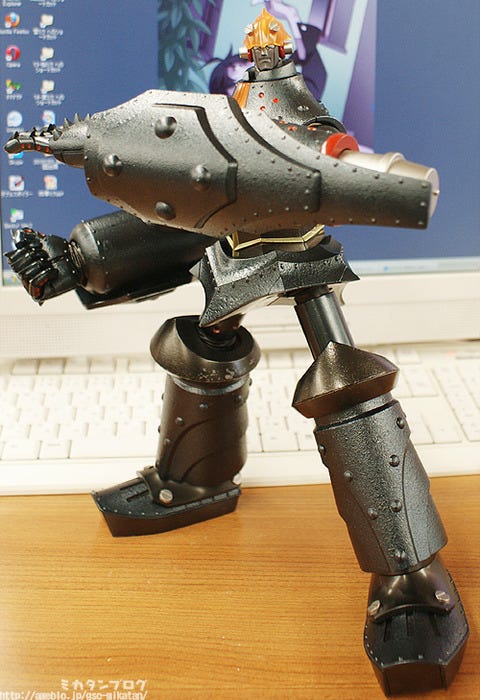 That was Max Factory’s

It’s already available for preorder!
Check out our partner shops for more details or preording questions!

Also, if you want to see more of Big O… instead of reading my silly review, you can watch Aesop’s video review! (･∀･)ﾉ

But that’s all from me for today.
I hope to see you all again the tomorrow!  (・∀・)ノ゛