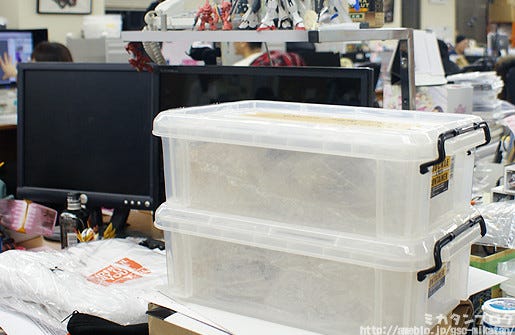 The production team has been sneaking me info like this to make sure I don’t miss anything for the blog. Generally speaking once the prototypes have been sent to China they don’t come back, so I have to get the photos before they make their journey. 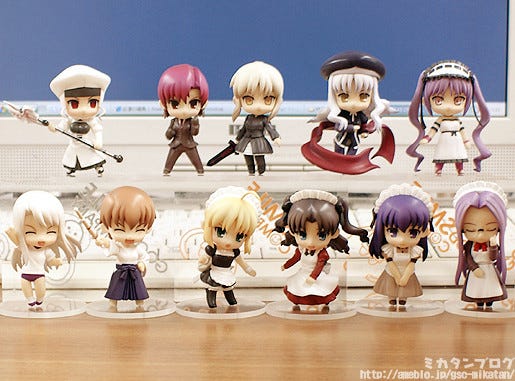 We all know about the popular Fate/Zero anime that will be airing again this season, but these characters are from the Fate/stay Night fan disc, Fate/hollow ataraxia!

There are a total of 12 figures including one secret character!  (`･ω･´)ゞ

Nendo Petites may be small, but that by no means they are not detailed and balanced just as well as other figures! There are even some characters that have never been figures before in this set! 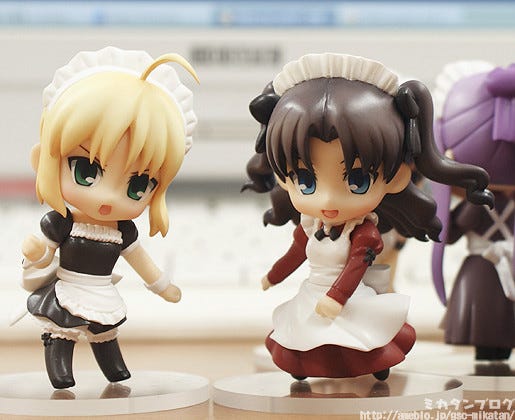 Saber and Rin in maid outfits!

They are posed in a cute Nendoroid-sized versions of the poses they took in the game – Rin’s is just so adorable! 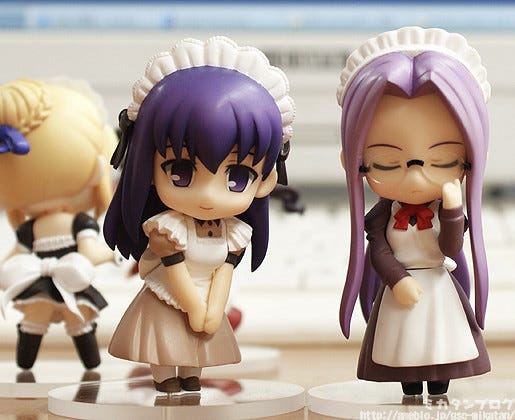 Sakura and Rider in maid outfits!

I know we’ve kept Sakura fans waiting for a long time, but we finally have Sakura joining the set in a very cute pose and outfit! I think her outfit is my favorite of all of them – the headband is super detailed! 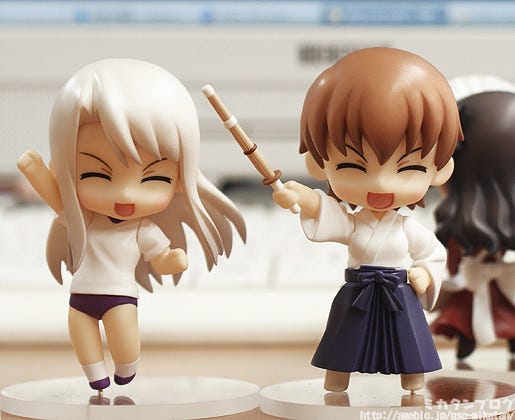 Illya and Taiga from the minigame!

The adorable Illya in bloomers!! I think there were lots of fans who wanted these two to join the Fate/stay night series. They are both posed with their one hand in the air in a lovely energetic pose! 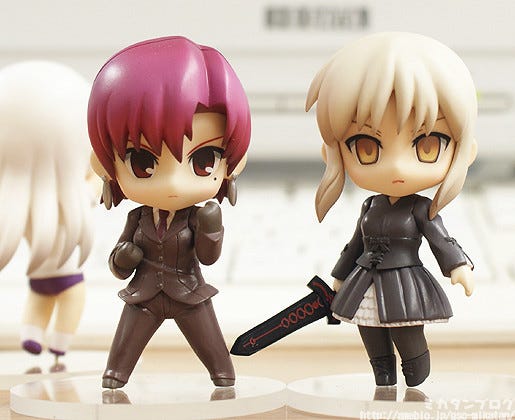 Bazett has a very sexy body-line, and the detail on her suit is incredible! Dark Saber beside her is just as amazing, holding the Dark Excalibur in her right hand! 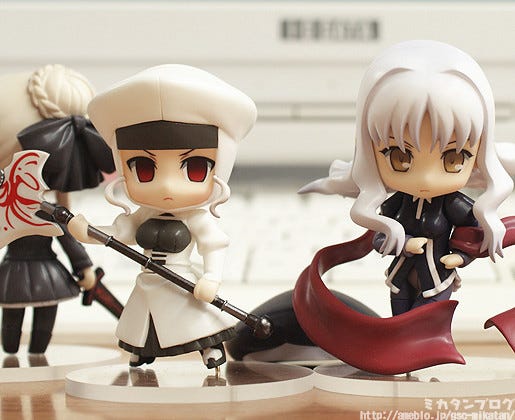 Of all the figures in the line-up, I think these two bring the most to the set!

Leysritt’s axe has an incredibly detailed pattern on it which looks fantastic – even the connecting joints have been carefully sculpted along the axe!

Beside her is Caren with her hat removed – you can see it attached in the group photo above!! Also… she has a very sexy reverse side… you’ll get a little look at it in the next picture if you look carefully! :P 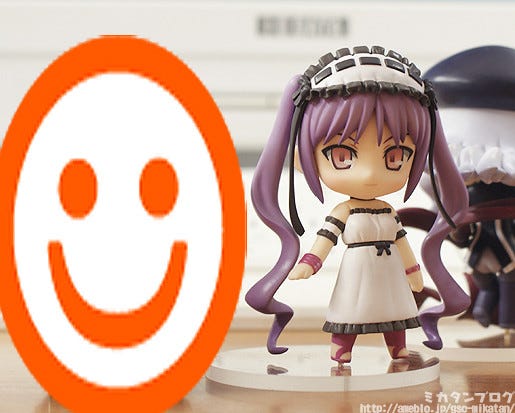 A secret character and Stheno!

I believe this is the very first time Steno has even joined the figure world! (Definitely the first for Good Smile, at least) That stubborn expression staring ahead is so cute!!

Plus there is a secret character included with the set… you’ll have to wait and see who it is! 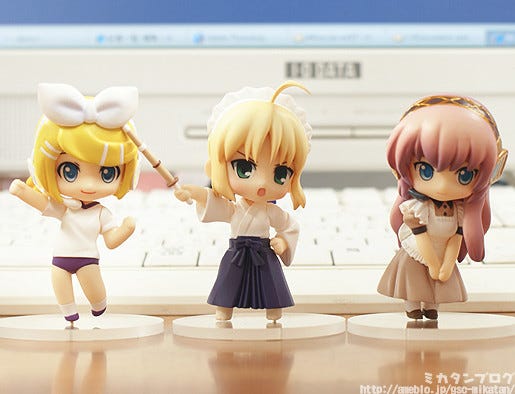 You can also switch around the outfits!

Rin always has that energetic look about her, so I thought the bloomers would suit her well – what do you think?  The prototypes and the actual products also have slightly different sizes for the joints, so I had to be super careful while playing around like this… I don’t think they would be very pleased with me if I broke the prototypes just before sending them out to China. :P

They’ll be up on the GSC website and up for preorder from tomorrow!!
If you have any preorder or sales queries, be sure to contact our partner shops!

But that’s all for today!
I hope to see you all gain tomorrow!! (・∀・)ノ゛