All sorts of products on the table tennis table!

It is indeed a pre-release sample!

It’s also the very first look at her packaging!

Today’s target will be this lovely figure! 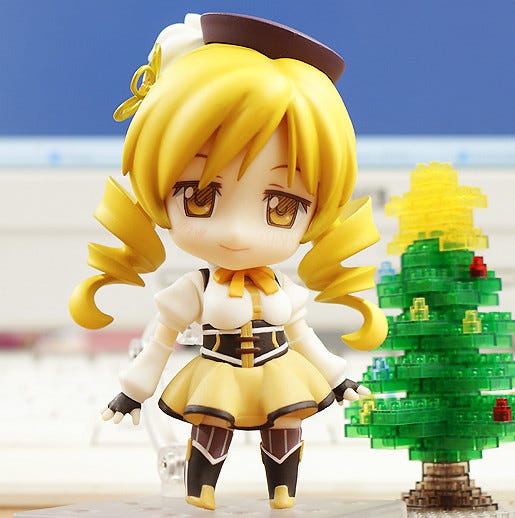 Another Nendoroid from the popular anime series, ‘Puella Magi Madoka Magica’ – this time it is the older third year student at Madoka’s school.

Nendoroid Mami-san will be released later this month! 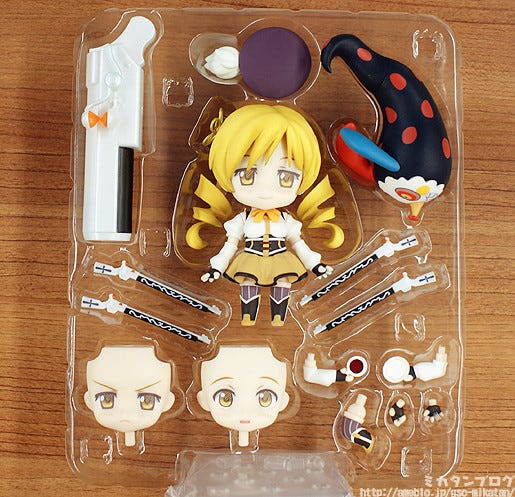 As you can see, it is loaded with all sorts of interesting things! This Nendoroid really gives you a a load of parts to have some fun with! :P 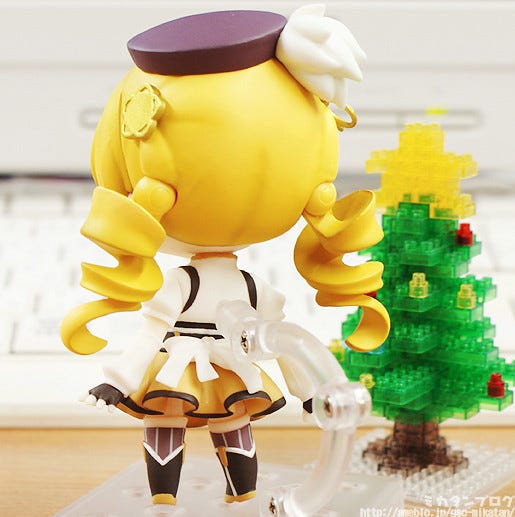 Mmm… the fluttery sculpting of her skirt looks absolutely lovely! Plus as always her twin-tails are fitted with Nendo joints for even more lifelike posability! 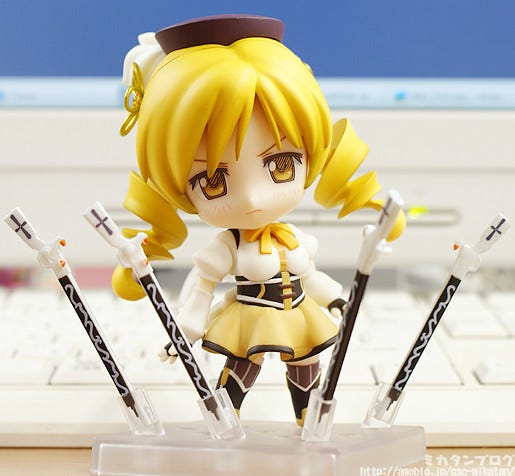 An upset expression and muskets!

Mami-san’s primary weapon is of course her muskets – and she comes complete with four of them to display around her! Each of them also comes with a little stand to display them upright as if they were wedged into the ground as they were in the anime! 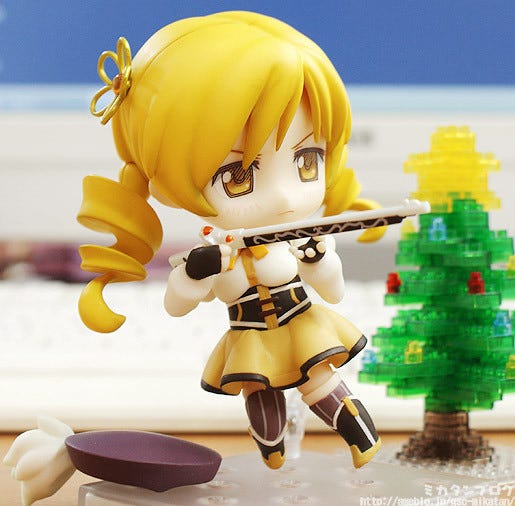 She can also equip the musket for battle!

Only one of the guns can be held like this – just combine the gun with the included ‘gripping hand’ for a serious combat pose like this!

Her hat can also removed! It attaches via a magnet!

It just had to be removable, but we all know that we hate to see that little bump on her head, so the production team was kind enough to make it use a magnet instead! Great job! 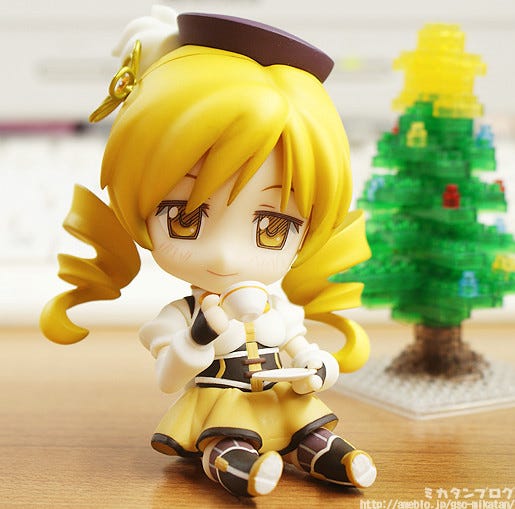 The elegant Mami-san with her tea set!

She comes with both a bent arm and a hand to hold her cup and saucer, so you can pose her elegantly drinking some tea! The sitting parts are not included though – I took those from Nendoroid MEIKO! It’s so nice to be able to parts from other Nendoroids for some unique poses like this! 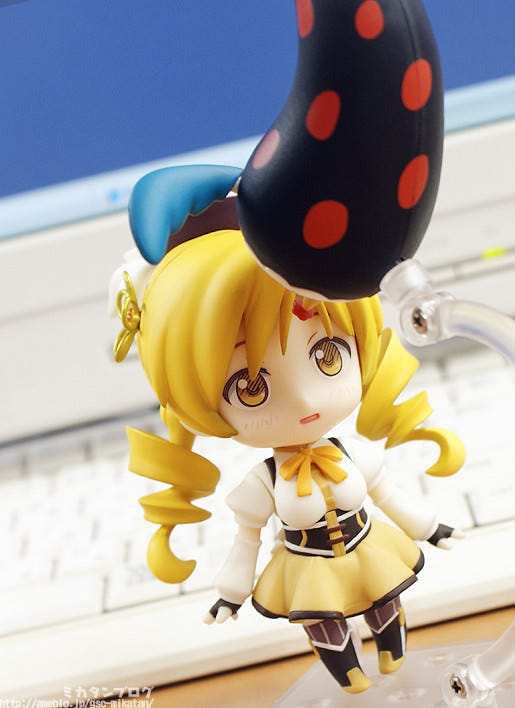 A despairing face and the Candy Witch!

These allow you to recreate a very specific battle scene that fans will know all too well! The witch also comes with her own arm stand, and you can change the direction of the tail! 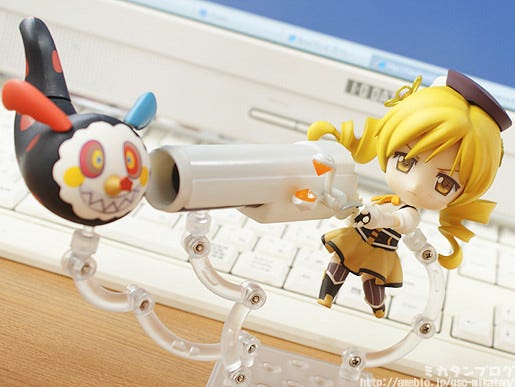 The massive cannon which she uses for her ultimate attack, ‘Tiro Finale’ is also included! The cannon is pretty much the same size as the Nendoroid herself! :P The cannon also comes with its own little arm stand!

She’ll be available later this month!

For more details around the release schedule, be sure to watch the GSC website! 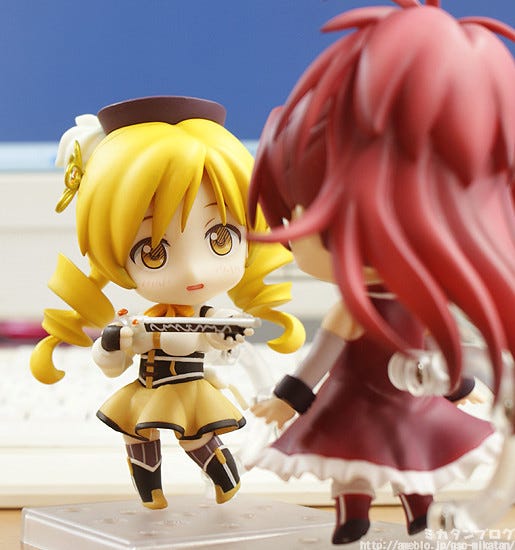 Hmm? Who is that in front of her?!

She will be reviewed tomorrow!!

But that’s all for today!