Preorders start on the 10th! 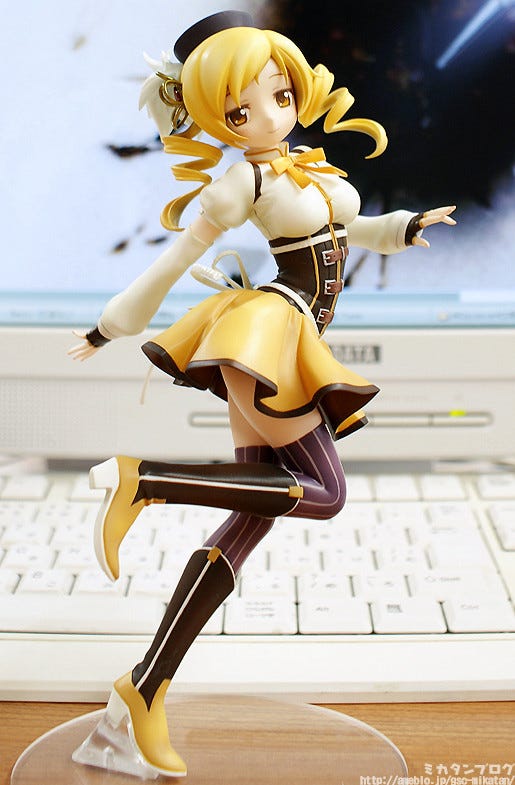 We already took a look at this wonderful figure yesterday, so if you missed that you should go check it out first! Today we’re going to take a look at the optional parts I only gave a glimpse of yesterday!! 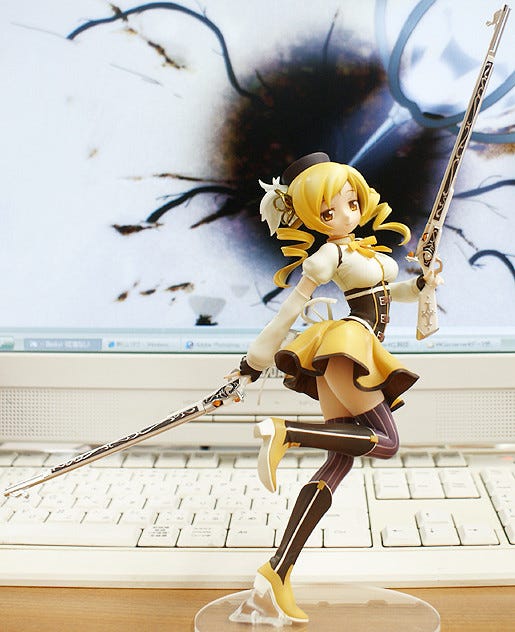 They are of course included as well!
Two muskets for her to wield into battle!!

You simply replace the arms of the standard version with different arms already holding the weapons! The volume of the figure while holding the guns is very impressive – of course if you don’t have the space, you can always just display her as shown yesterday! 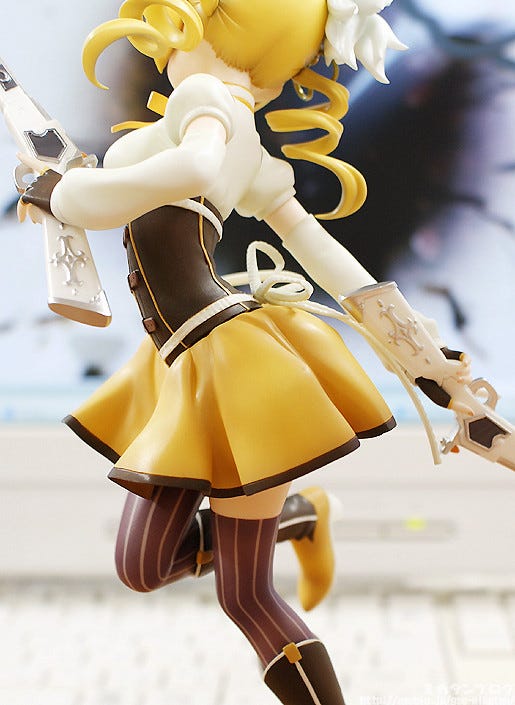 The muskets are also sculpted beautifully!

As not to lose to the beautiful Mami, the muskets have a lovely silver paint work and all the smallest of details have not been forgotten on them. It’s almost a waste to call them ‘optional’ parts, seen they really are so outstanding!!

On a note unrelated to the guns, I have to stop by on the pose of Mami herself once again – the way she seems to be dancing around with her head turned even more to the side – I really love this pose! Everything about Mami just suits the pose so well – her twisted hips with her twisted hair and even the way the skirt is flapping around with her pose – it just all comes together perfectly! 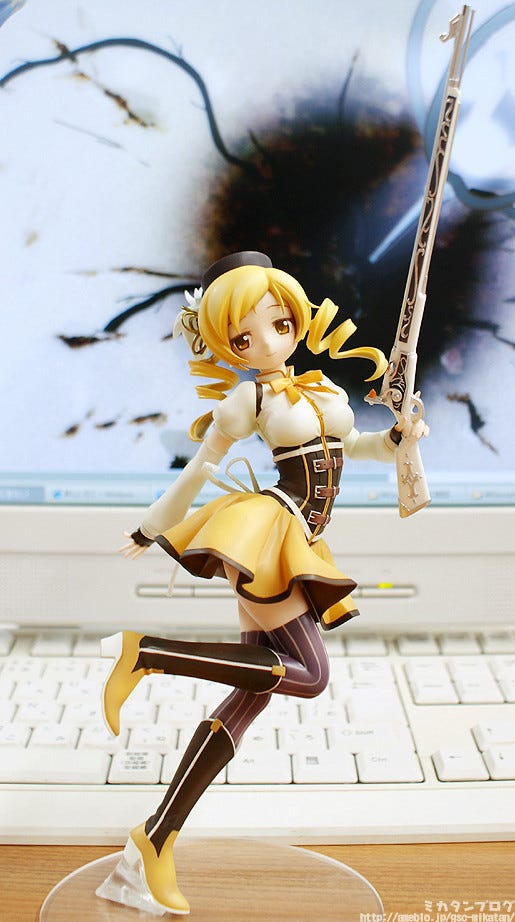 She can also hold just one of them!

It’s up to you which of the two two you want to make her hold – doing just this one saves quite a lot of space, so it might help those who don’t think they have the space to display her with both muskets. 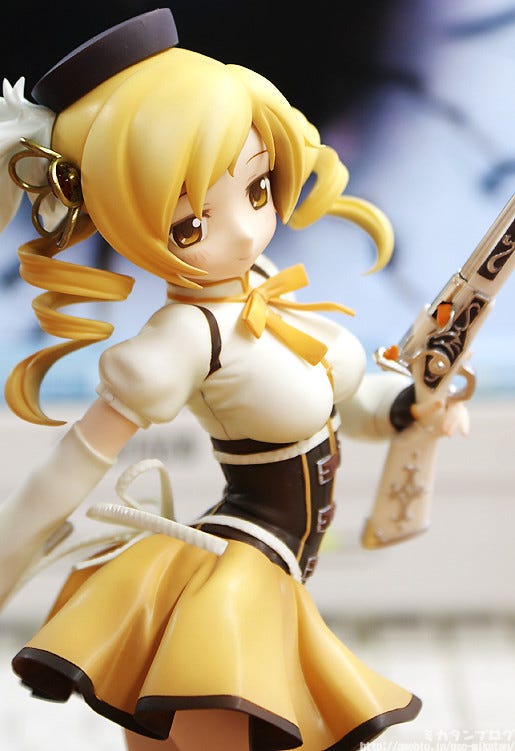 A different angle to yesterday!

No matter which angle you use, she is still absolutely lovely! This angle is a little higher, and it shows off the size of her assets a little more than the angle from yesterday!

You really need to experience this Tiro Finale for yourselves!! 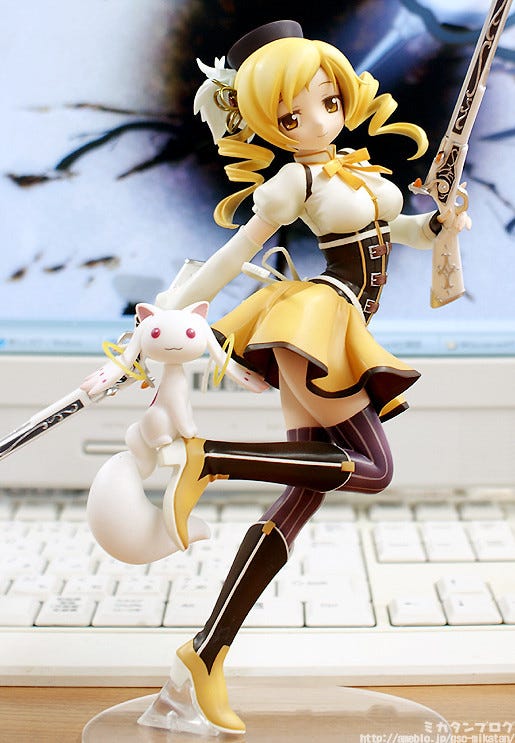 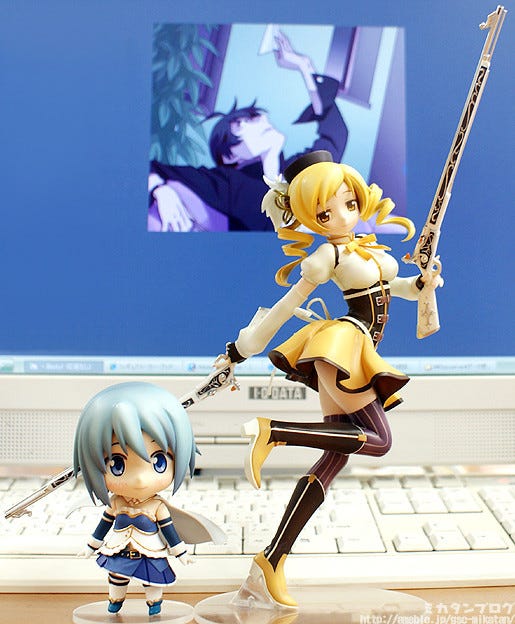 Mami will be up for preorder from Tuesday the 10th!
Be sure to check out our partner shops for any preorder or sales inquiries! 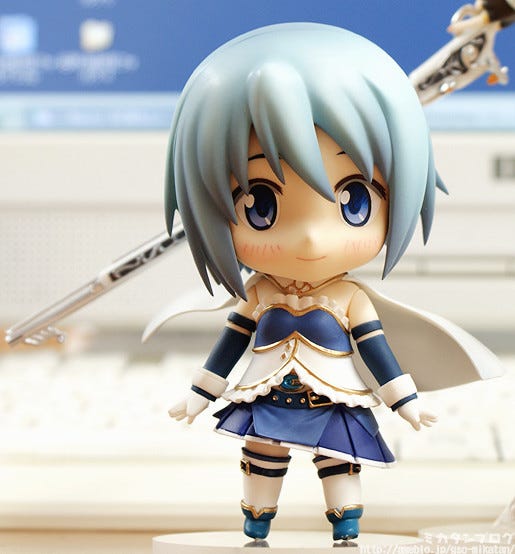 Will be reviewed tomorrow!

We had a quick look at her during October’s live broadcast, but now we have a colored version for a proper look!! We’ll also take a look at her expressions, and exactly how many swords will be included with her – look forward to it!!