The GSC & Karaoke no Tetsujin Cafe! 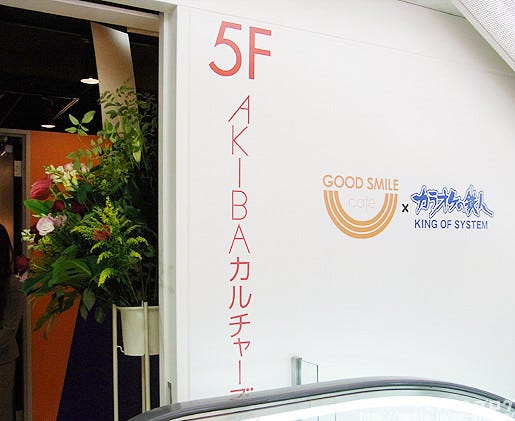 Yesterday was an opening reception for those in the industry, which also included some announcements!

That really was quite quick, but it sums it up quite nicely!
You can find it just off Chuuou-dooru – the 5th floor of AKIBA CULTURE ZONE! 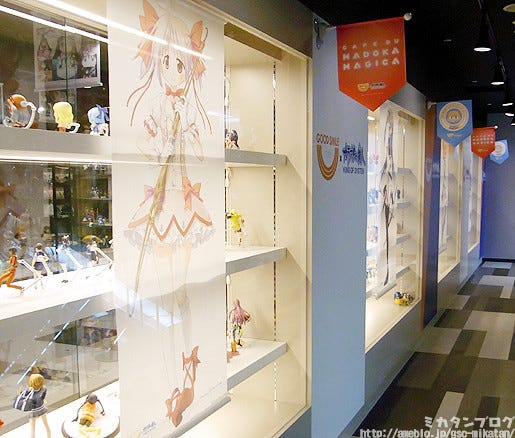 Loads of figures and scrolls lining the walls!

The clean white look makes the place look nice and big and also looks very pretty! It creates such a nice atmosphere, that even makes it easy for girls to walk in! 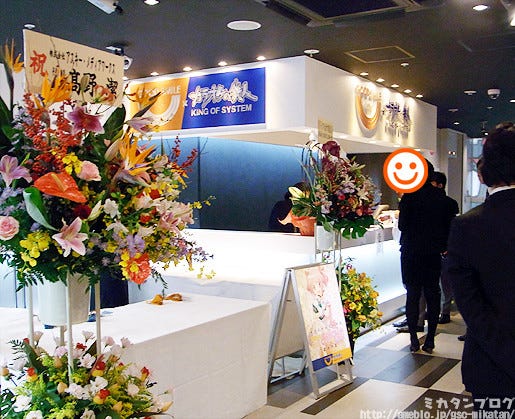 Flowers sent in for the opening! 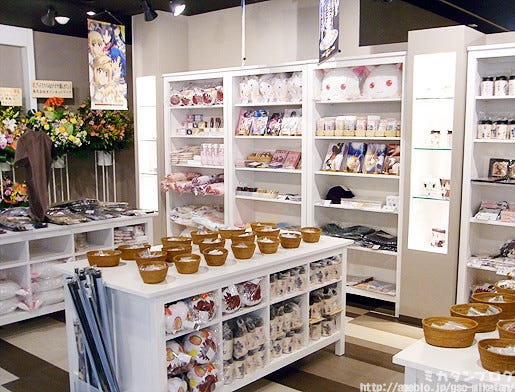 Loads of interesting goods from the cute to the magnificent were all lined up – lots of stuff I really wanted to get my hands on as well! Both GSC figures and theme goods for the cafe are on sale!

Alright, time to head inside!

Because today was just the opening reception, none of the chairs and tables are set out, but the space you see here will all become the main area of the cafe! All the latest GSC figures are displayed in the glass cases scattered throughout the area! 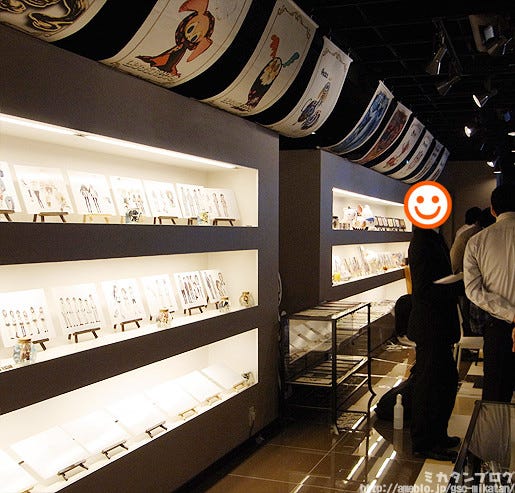 All sorts of original work lined up as well!

This cafe is going to work in a same fashion to the Good Smile Cafe in Matsudo, following different themes every few months!
Previously it was a Madoka Magica theme, but from December it will be following a “TYPE-MOON cafe for Carnival Phantasm” theme! 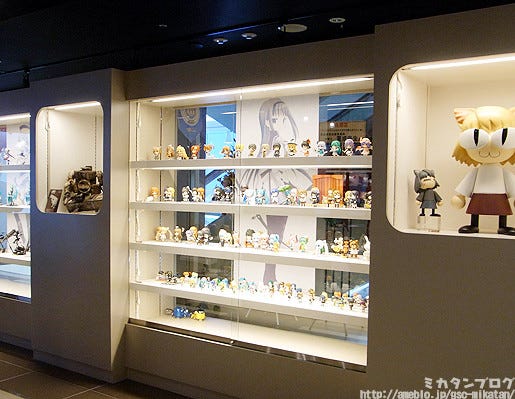 Many lovely figures to accompany you!

It’s a treat for figure fans, but it’s also an interesting outing for those who have never had much contact with figures – you get to see so many in one place! I can even see a 1/1 scale Neko-Arc staring at me from the left there!! 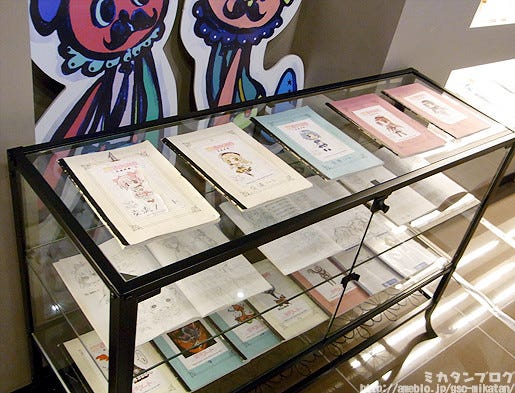 The lovely notebooks for guests!

The notebooks from the Matsudo Madoka cafe were also on display for fun! These notebooks are for any guests to write or draw anything they want! It’s great fun taking a look at what everyone has left behind in the notebooks! 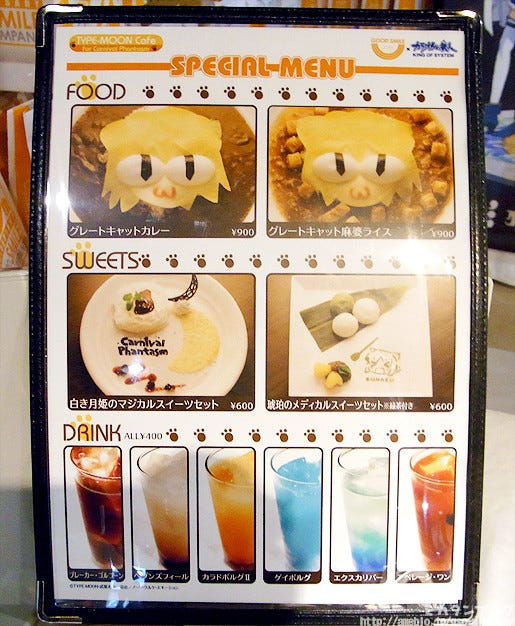 The cafe menu was also up to see!

This is the ‘TYPE-MOON cafe for Carnival Phantasm’ menu!
Oooh! Even more things then there were at Matsudo!
I wanna go and try some of these as well! There is also of course a Madoka menu filled with lovely treats as well! 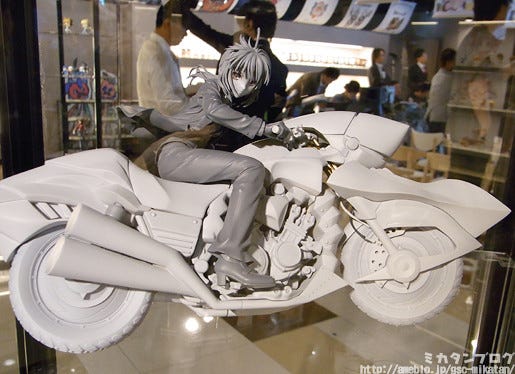 You can take a look at some of the upcoming figures!

The name isn’t final though, it might still change. It’s a 1/8th scale figure but it really is an impressive size for that scale! And so detailed! 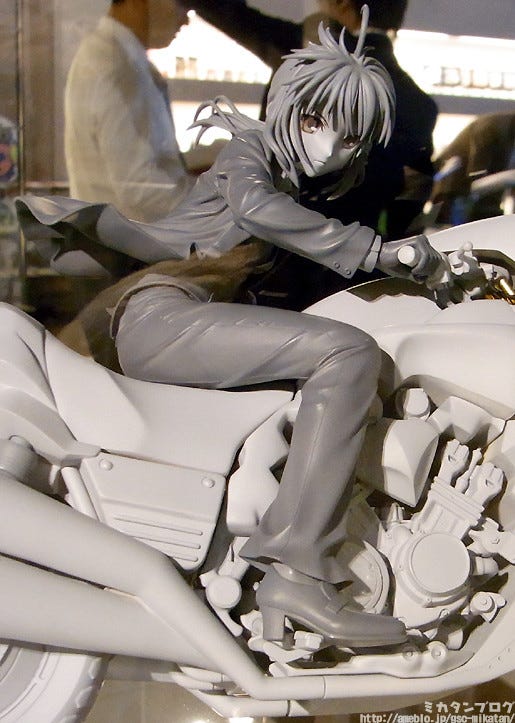 It’s actually been worked on even more since it’s first display at WonFes…
Her sculptor is Kawapon!
The same sculptor behind Saber Lily!

She’ll be reviewed on the blog shortly!! 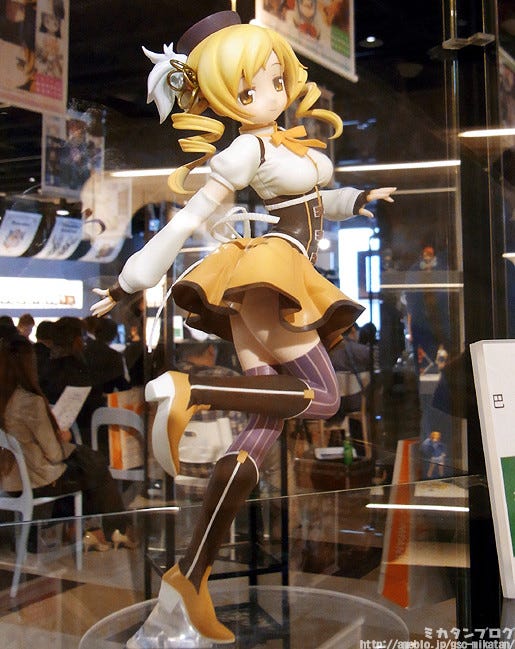 Soon to be announced on the GSC site…! 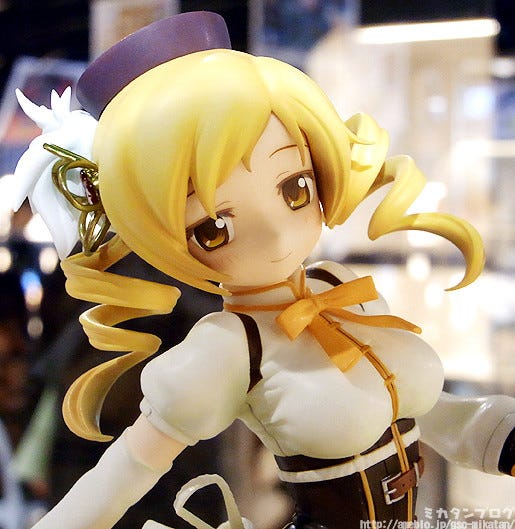 She is also so incredibly detailed! 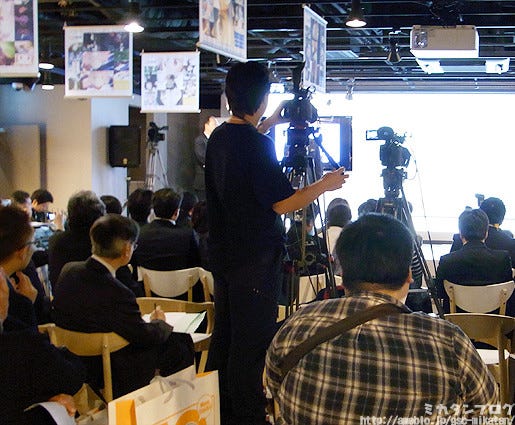 The event was run in two different parts – one aimed at the press and another which was a live NicoNico announcement. Lots of people were attending the press event all taking down notes throughout the presentation… 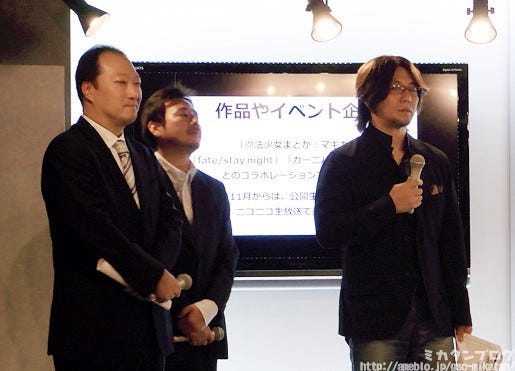 These are all the big names behind the Good Smile x Karaoke no Tetsujin Cafe!
Akiyama was the one who brought the other two together! Yay! 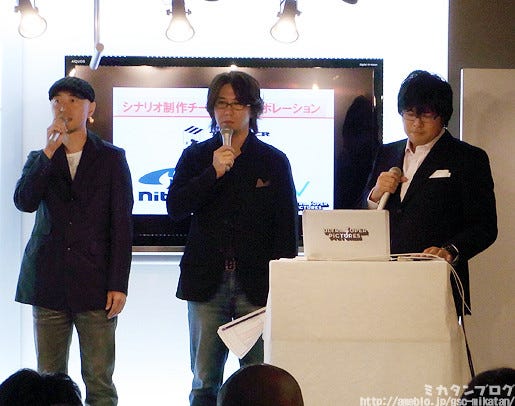 Next up, GSC made an announcement of their next big expansions!!

The creation of Ultra Super Pictures!
To put it simply, a brand new animation studio!

A whole bunch of wonderful companies working together on anime production, including Sanjigen, Oath and Trigger on the animation side and Nitroplus and pixiv working on the scenario team! You can see Nitroplus’ Dejitarou on the left and Sanjigen’s Matsumura on the right – they were also here for this wonderful announcement! 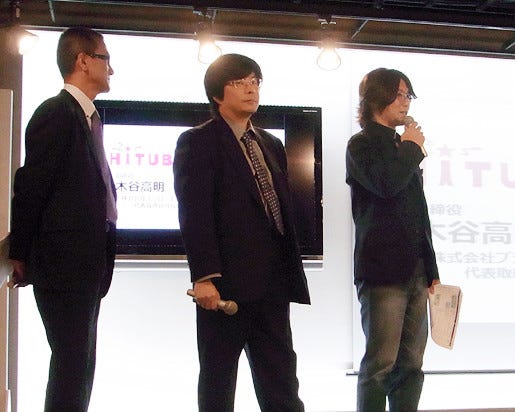 And the creation of Hightube!
Put simply, this is a new marketing company!

This is a collaboration between Cospa, Bushiroad and Good Smile. Just hearing those three names together gets me exited!
On the left is Cospa’s Matsunaga and in the middle is Bushiroad’s Kidani!

Don’t tell anyone, but I’m actually a huge fan of Kidani’s! :P 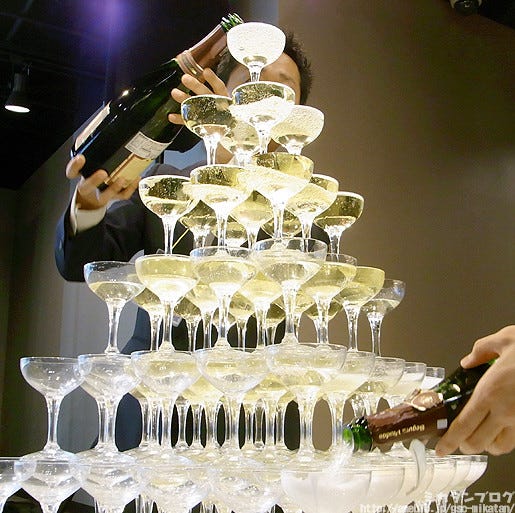 Thus the announcement and opening reception have come to an end!

This is the champagne tower that was shown on the Nico live as well! It took ages to fill all the glasses causing quite some trouble for the host of the show… ^^;


We’re trying all sorts of new ventures in hopes to bring you all even more wonderful things in the future!
I hope you’ll be supporting us along the way!

Another thing I must mention – I know that most of you reading this blog are figure fans, and I assure you you don’t need to worry about the figure side of things changing – they’ll be going ahead as always!! The main staff in Matsudo will still be working hard to make the high quality figures that we all know and love!