There is a table tennis table in the middle of the GSC Offices! (It was passed on to us from Nitroplus! Thank you!) 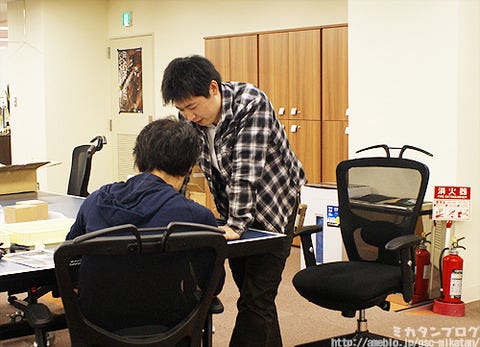 Late at night we often start table tennis tournaments for no reason, but during the afternoon the staff often just use it as a meeting place. ^^;

Looks like Take-chan from planning is having a meeting with Tsukki from the production team!

But that box at the back of the table looks like…! 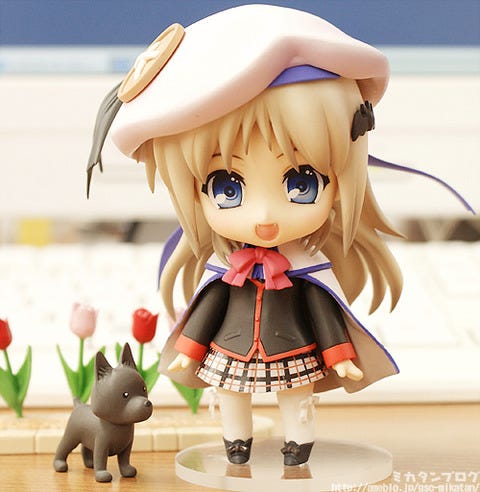 Ooh! Just as I expected, it’s a new master figure to play with!

Kudryavka is from Key’s PC Game ‘Little Busters! Ecstasy”, and now she is getting the Nendoroid treatment by Gift! 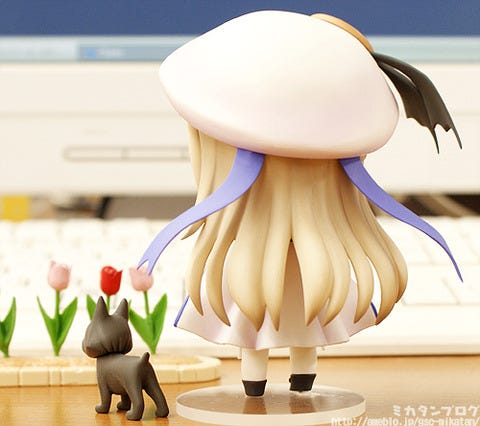 Kudo’s cute baggy hat looks great from behind with the ribbons coming out the back. Her long silvery hair has also been colored very nicely. 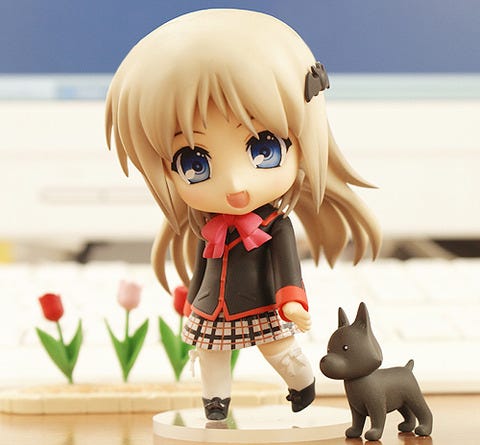 Obviously her hat and mantle can both be removed!

Now that it’s starting to warm up a little this should leave her at just the right temperature! Her pet dog Belka is also included to walk beside her in scenes like this! 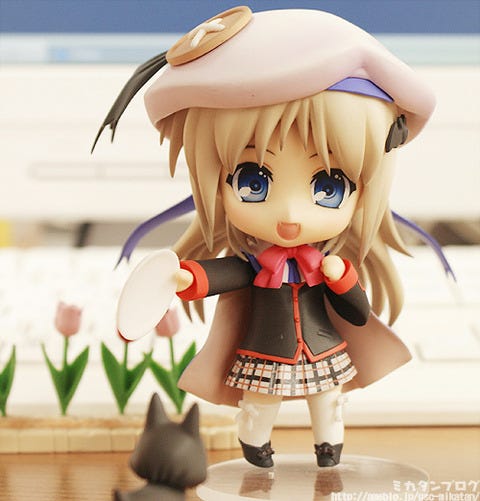 Let’s take a look at her extra parts!

First up is a Frisbee!

This is of course so she can play some Frisbee with Belka!! She also comes with two extra mantles that allows her to lift up her arms so she can play with the Frisbee and wear a mantle at the same time! 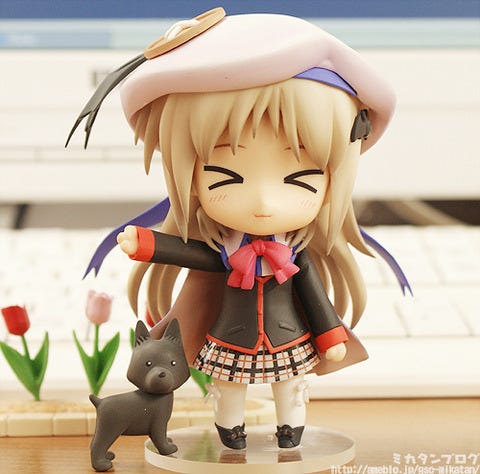 Kudo just has to have her ‘Wafu!’ Face!

This is the famous expression from the game that she made whenever she said “Wafu!”! She also comes with extra parts to recreate the entire Wafu! pose! You can also see that Belka’s neck is posable! You can even pose her to be part of different scenes! 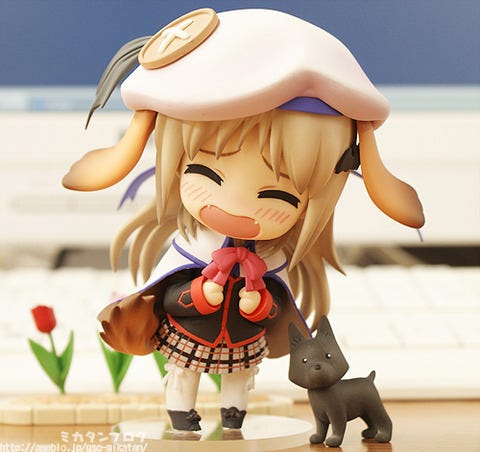 She also has a worried expression!

Well… it’s kind of a mix between a worried expression and an embarrassed expression! It’s so cute!

Plus she has dog ears and a tail for an even cuter Kudo!

She also comes with a separate skirt to allow you to attach the dog tail, as well as the extra hand parts you can see here – there really are a lot of parts to play with!

She was put up on the GSC site today!

For preordering details or questions check out our partner shops!

Disgaea 4 was released in Japan today! 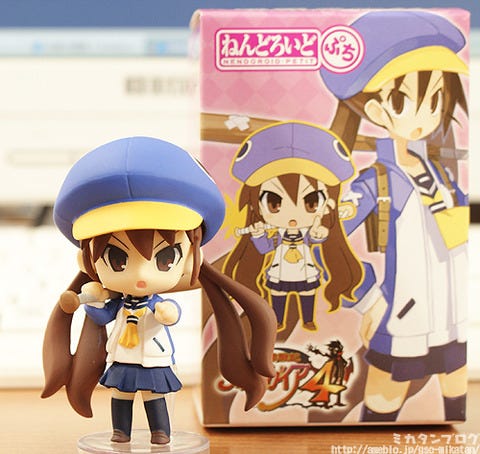 The limited edition of the PS3 game comes with a Nendoroid Petite of Fuuka Kazamatsuri!

She was made with the help of Phat! Company! 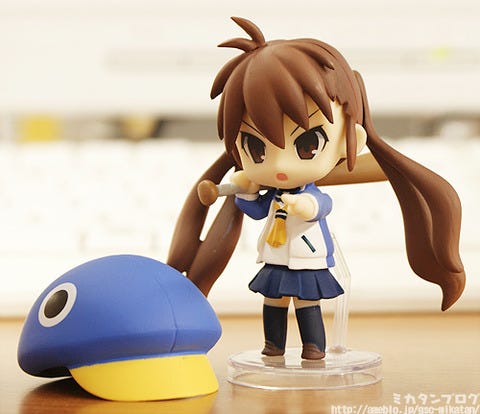 Fuuka is one of the main characters in the game who has fallen down to the underworld!

She wears an adorable Prinny hat, which of course can be removed if you prefer her like this! She also comes with her bag and her bat (which even has the ‘X’ plasters on it’). The game was released today, so if you want to grab her go grab the game!