Now that WonFes has finished, it’s time to search the GSC offices… 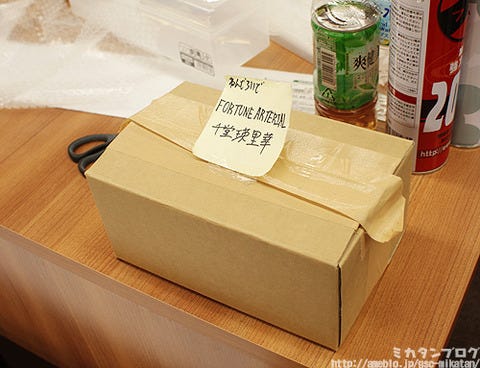 There are bound to to treasures abound!

There are boxes and goods from WonFes all over the offices at the moment… it’s an incredible mess… I get the feeling we’re going to get into trouble if it’s not cleaned up soon. :P 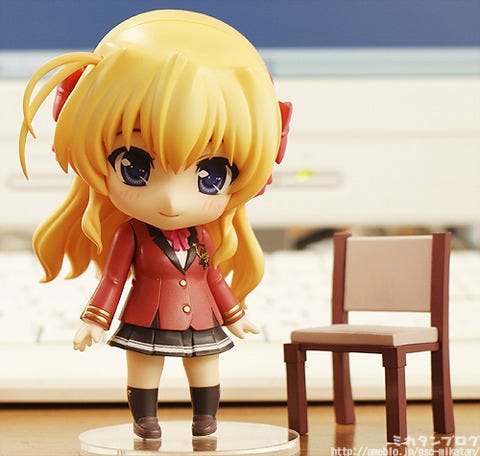 But anyway, today we’ll be playing with this cutie:

Erika is from the popular romance adventure game that was recently adapted into an anime, ‘Fortune Arterial’, she is the vice-president of the student council at the school the story is set in.

This product is only going to be sold at Sofmap!

The only other product that has ever been limited to Sofmap was Nendoroid Feena… who was also a character from a game made by AUGUST!! 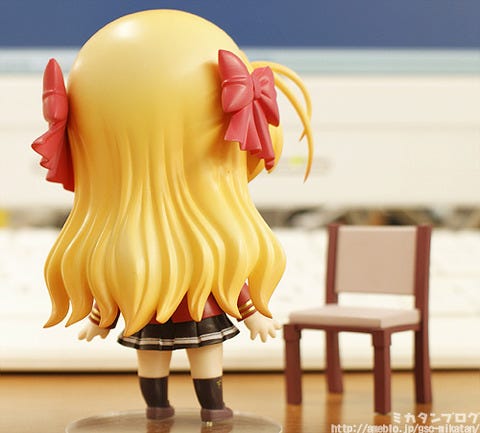 She even looks elegant from the back! Her long golden locks look as beautiful as ever even in Nendoroid form! 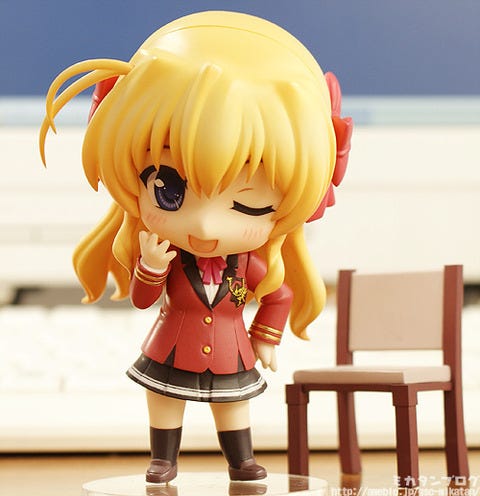 Let’s take a look at what expressions she comes with…

First is a winking face!

This let’s you create poses with her hands on her hips (left hand) or up toward her mouth (right hand). This particular pose makes her look like she is trying to hide something… 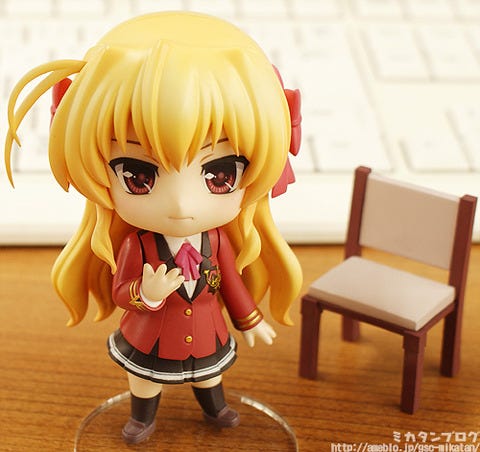 Next up is her vampire face!

It’s not much of a secret… Erika is in fact a vampire and this face proves it!

She is also using a bent left arm and an upward facing hand!

By the way, you can also use this hand to recreate the famous scene where Erika has her hand outstretched in front of her! 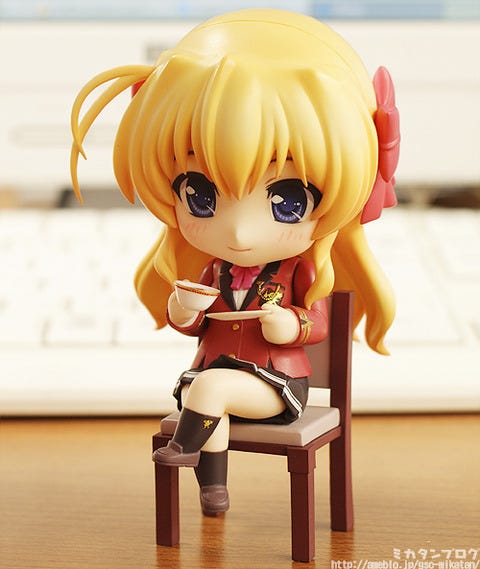 The all important final pose!

A chair, sitting parts, a cup & saucer with hands to hold them!

Eririn just had to have a pose where she is drinking tea, so we made sure even the Nendoroid had the parts to do so!

As was mentioned on the live broadcast the other night… it was quite a lot of work to get the legs crossed like that. ^^;

But now we have delicious thighs to enjoy! Good job!

She is on the GSC site as of today!

For ordering information head over to the Sofmap website below, or any Sofmap store throughout Japan.


Let’s take a look at one more bonus product today! 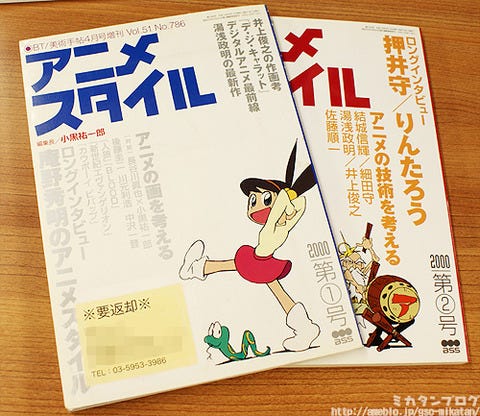 Anime Style was a popular magazine featuring articles that delved deep into the work of anime studios and anime creators.

It’s coming back as a new monthly publication!!

The images above are pictures of issue 1 and 2 of the old Anime Style magazine, which came to an end in 2000! That’s more than 10 years ago! 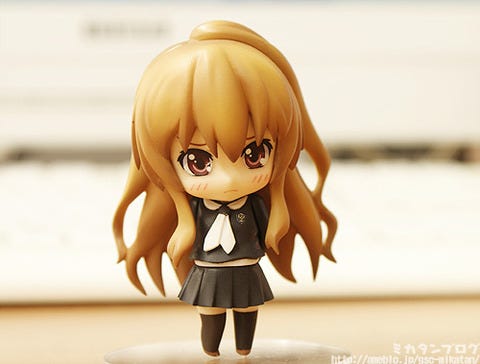 Each issue will come with a Nendo Petite relating to the main feature!

The first issue will be a feature on “Toradora”, including never revealed secrets about the show and never before seen discussions with the main staff, as well as a number of original images!

Plus you’ll get this adorable Nendo Petite of Taiga Aisaka wearing the uniform that she wore in the last episode!

And the magazine will cost just 1500JPY! (before tax)  ＼YaY!／ 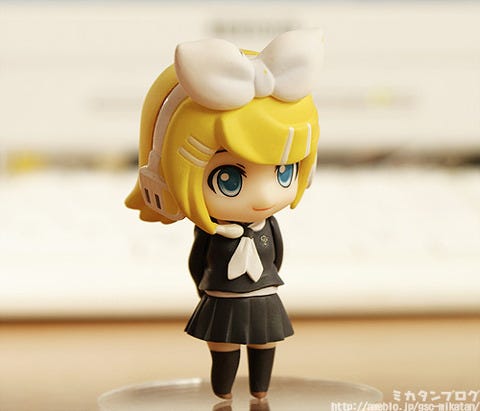 For ordering details head over to amazon.co.jp, anime, Gamers or TSUTAYA stores – the magazine will only be sold at these stores, so don’t expect to find it in a normal newsagent or bookstore!