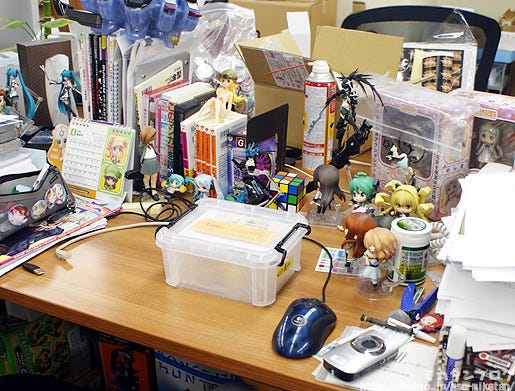 It’s not uncommon to have trouble finding prototypes after an event… are they actually on the shelves for prototypes, sitting on someone’s desk or with the production team…? :P

But I think I’ve found something on Shuu-chan’s desk!

Time to take it back to my own desk and have some fun!

You can also see the signed Nendoroid Menma in this photo! A big thank you to everyone who entered the photo contest – the results will be announced on the 30th March, so look forward to that! 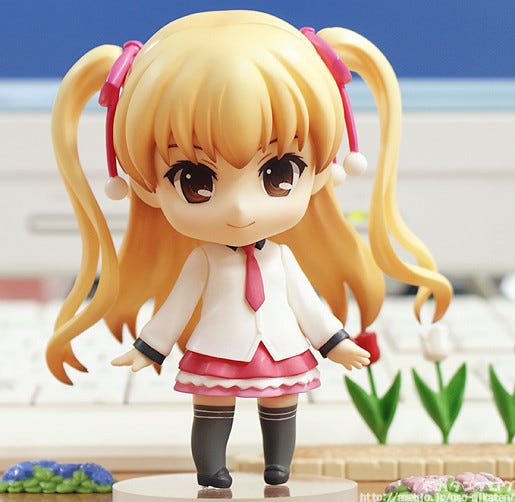 She is from the popular anime series, “Listen to Me, Girls, I Am Your Father!’, also known as ‘Papa no Iu Koto wo Kikinasai!’ in Japanese. Miu is the second eldest of the three sisters in the series. 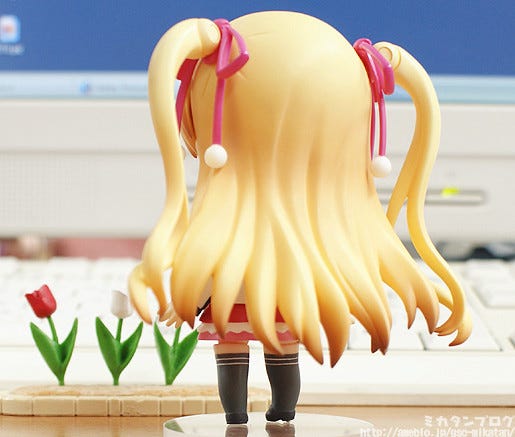 The little pompoms at the end of the pink ribbons are very cute in Nendoroid form! The hair is also fitted with Nendoroid joints for more unique poses, and the tips of her hair even feature a lovely darker gradient. 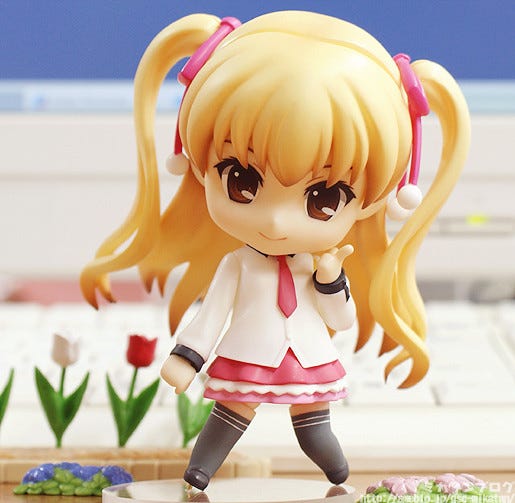 She comes with three expressions!

First up is this standard face, suitable for anything!

For those who aren’t sure what expression to use for their poses – there is nothing simpler than using a standard smiling expression like this one! She also comes with a bent left arm and a hand with a pointing finger for a pose like this. 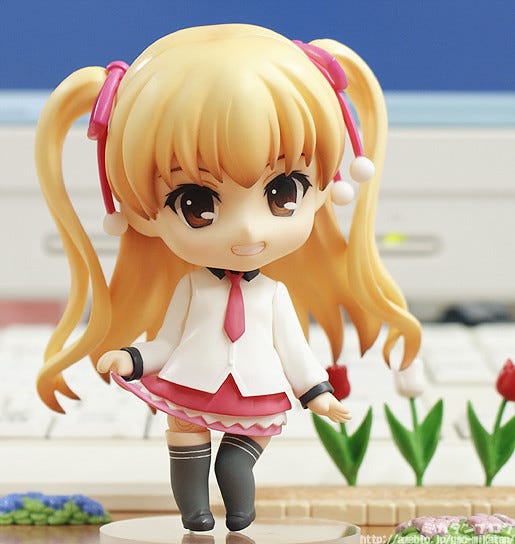 A devilish smile while lifting her skirt!

Miu definitely has a more mature mindset than most girls her age, and these extra parts let you pose her showing off that side of her personality. A bent right arm, and pinching hand to hold up her skirt. What a naughty little angel! 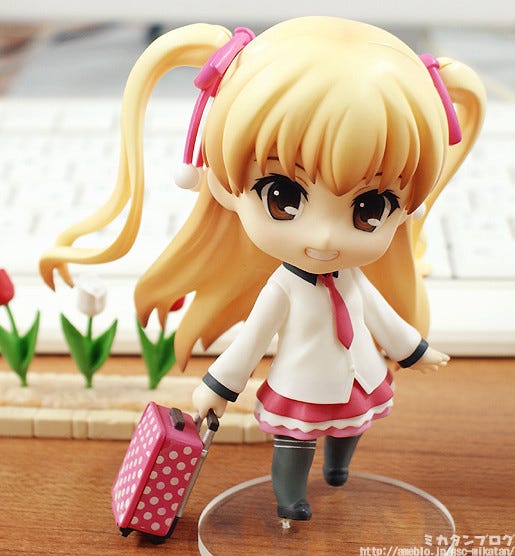 This is the suitcase she uses whenever she goes to stay over at Yuuta’s house! She also comes with a hand that lets her hold it behind her like this, as if she was pulling it along! 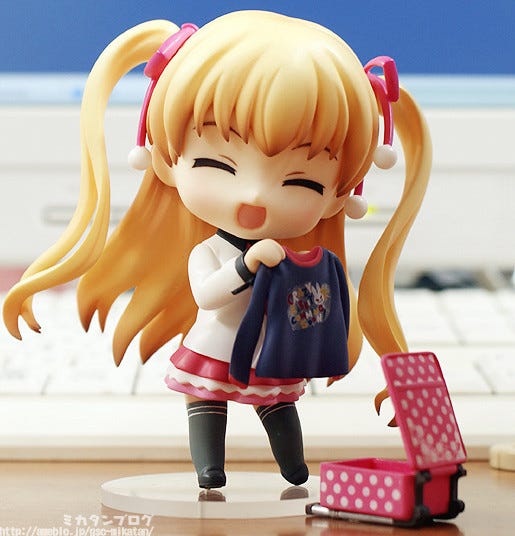 A smiling face and long-sleeved T-shirt!

This expression really makes her look really exited, and the long-sleeved T-shirt from the original novel is also included – made down to the smallest of details to make sure fans won’t be dissappointed.

The prototype also allows the suitcase to be opened and closed – a very nice extra, but whether or not it’ll make it to the final version is still undetermined.

Be sure to contact our partner shops if you have any preorder or sales queries!