All the staff at GSC were confusing everyone else as to where the event was supposed to be… :P 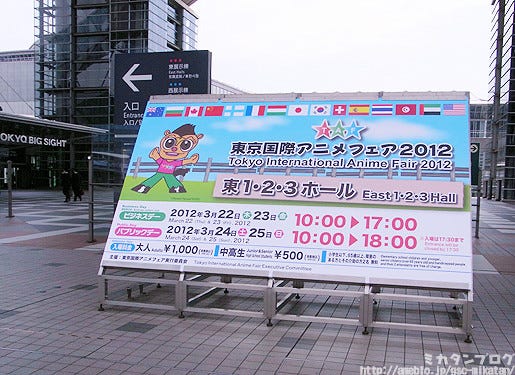 Of course the event wasn’t really at the Makuhari Messe, but at the Tokyo Big Sight! Even though I got on the wrong train, I still arrived with a good half hour to spare!! 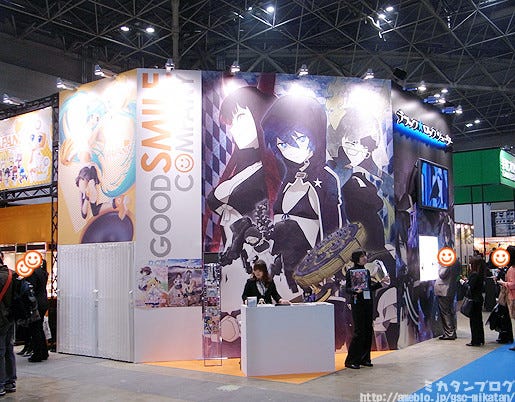 As a side note, Good Smile will also be at the Anime Contents Expo on the 31st March/1st April!
There will be a report on that one a little later, so watch out for it! 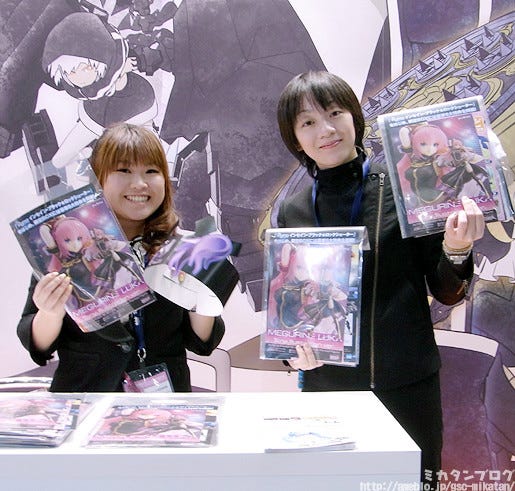 Free goodies at the entrance!

A Tony Miku flier, along with a 2012 Racing Miku postcard and other goodies all for free! Be sure to grab it if you stop by the event! 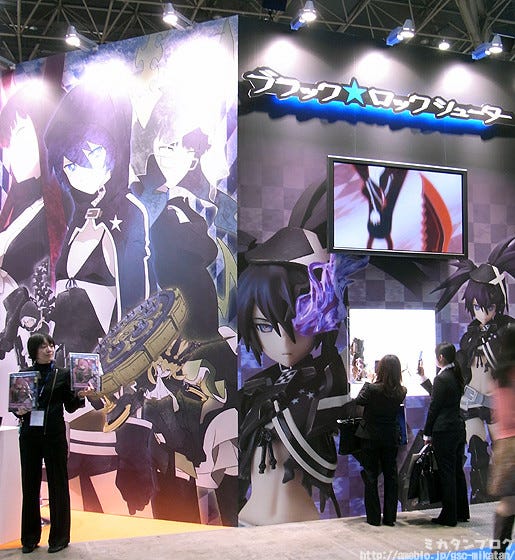 First up is the BRS Corner!

The giant illustration of Insane-chan really stands out! Plus, as I mentioned yesterday, Gold Saw-san’s underboob is not to be missed! :P 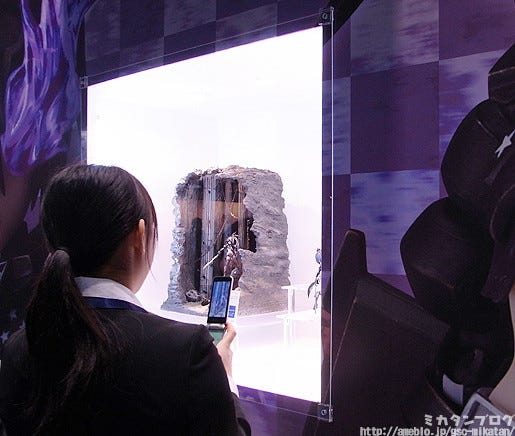 This particular figure was very popular!

Oooh, what’s this? It looks like a figure with a whole diorama behind it! Let’s take a closer look… 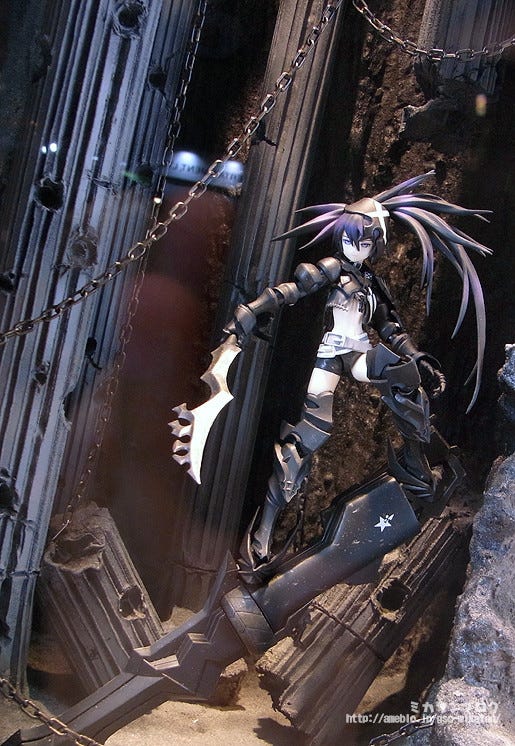 Doesn’t she look incredible!? The background really brings across the BRS atmosphere wonderfully! I do agree that it’s often quite awkward to find space for dioramas like these, but they do certainly look impressive. 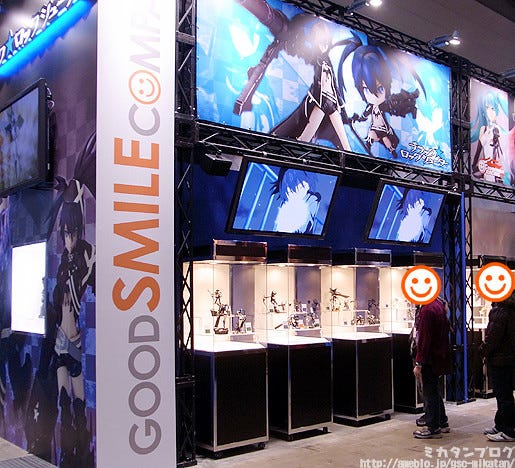 Let’s take a look around the booth… 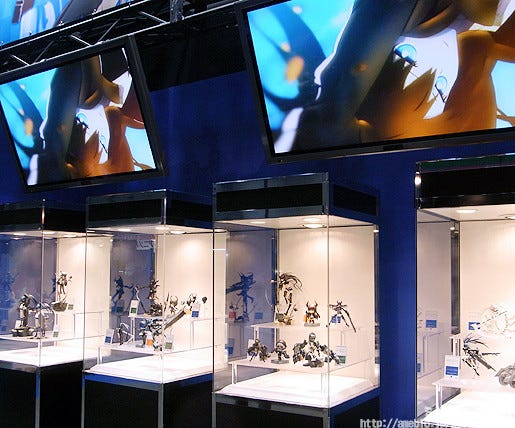 Loads of BRS figures lined up!

Four glass cases all filled with Black Rock Shooter figures!! Each and every figure has such a unique history and feeling to it… looking at them all together makes an amazing scene! 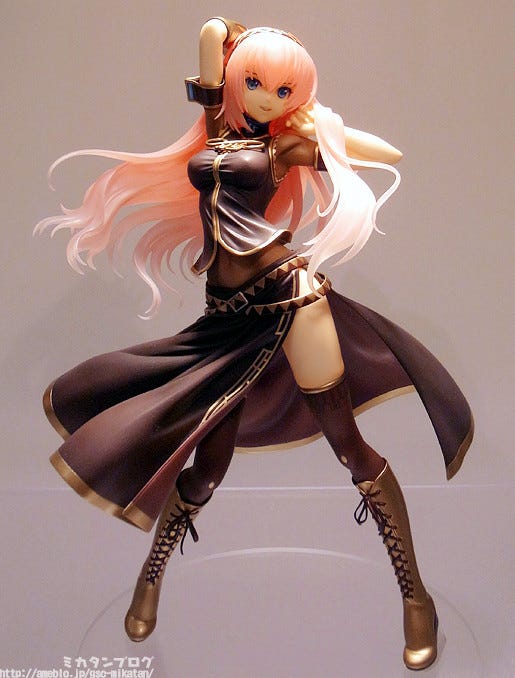 Next to the BRS Corner, there are other new figures on display!

Just look at the beautiful body and stunning clear plastic parts used for her carefully sculpted hair! You can preorder her now! 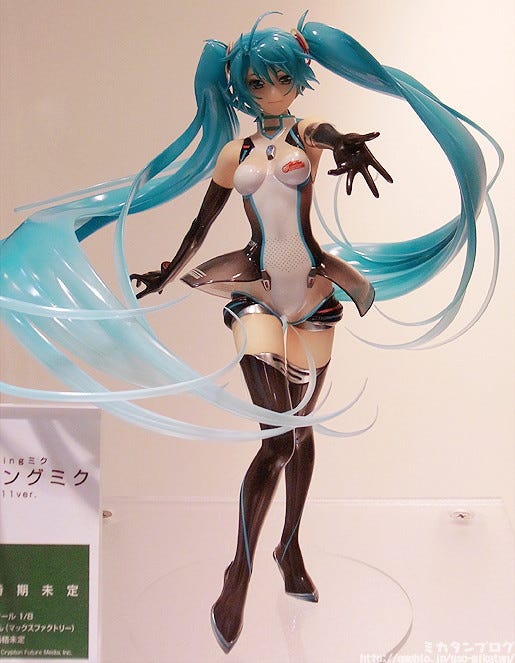 This is the first appearance of this figure on the blog! Kawapon was in charge of the coloring for this figure and he mentioned that the hair color was very difficult to get right. Preorders for this one will be up soon, and I’ll be taking a closer look at the prototype a little later!! 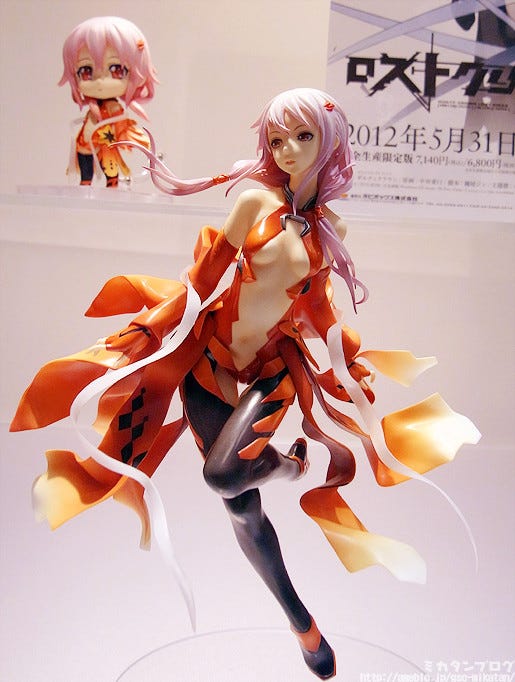 Along with BRS, yesterday was also the final episode of the Guilty Crown series! (I was at the GSC Tetsujin Cafe, so I missed it! I can’t wait to watch it!)

As you can see, the 1/8th scale figure is displayed together with the Nendroid. She will also be up for preorder shortly! 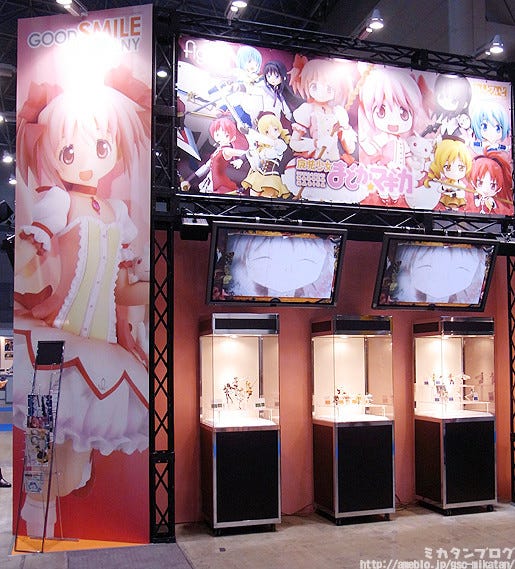 Let’s move along to…

This corner is pretty much on the opposite side of the booth’s entrance. A Puella Magi Madoka Magica corner also filled with figures! The monitor above the figures was playing various commercials! 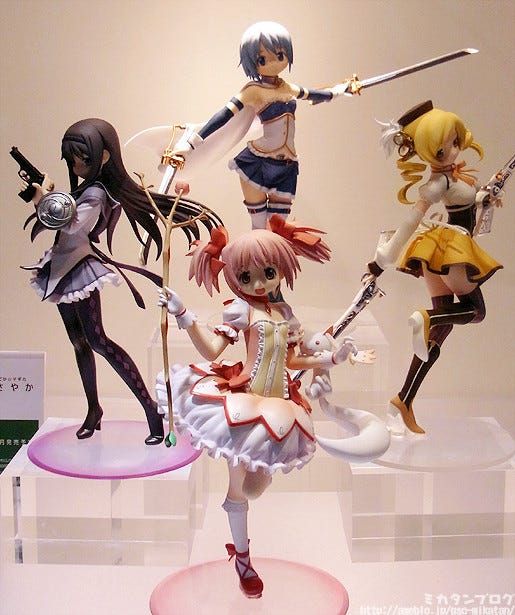 It really works beautifully if you make use of different heights to display the figures on! Plus as I’ve mentioned before, Kyouko is on her way to complete the set.

She isn’t quite ready yet, but she will be ready soon! Look forward to her! 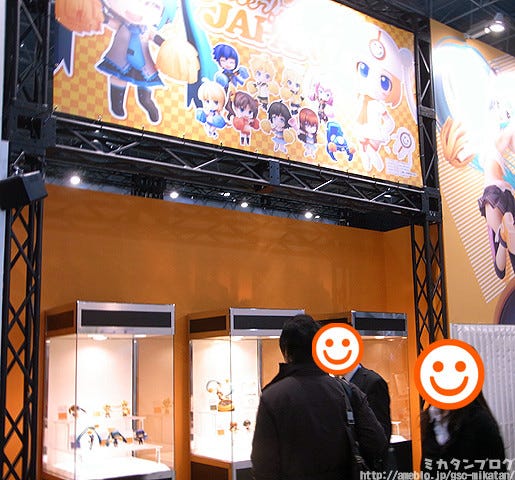 This section had all the Cheerful JAPAN!  products on display, from the first Miku figure and all 12 months of figures released thereafter. The total amount of donation money has reached over two hundred million yen.

I know I’ve said it before, but I’ll say it again – thanks to everyone who purchased the charity products. I’m sure the donated money has helped those in the disaster areas! 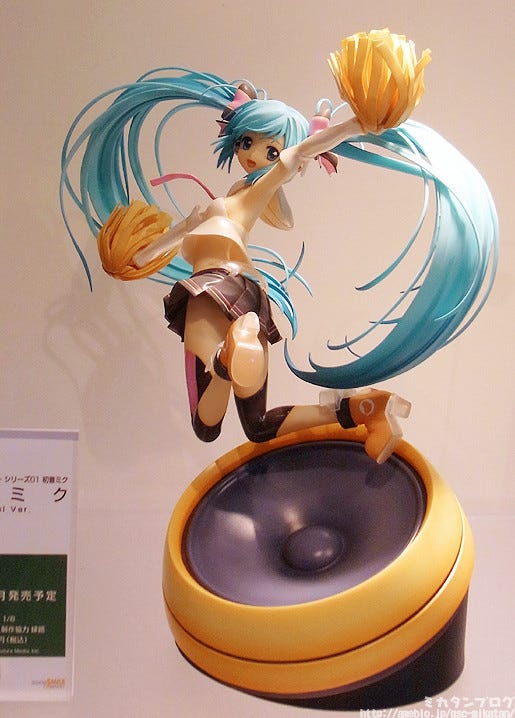 The very last Cheerful JAPAN! product is this lovely Miku in a very energetic pose! The costume also appears in the 3DS game, Miku Hatsune and Future Stars Project mirai! 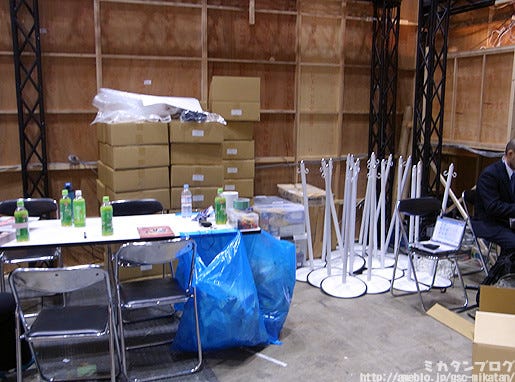 Anyway, I hope you enjoyed this quick coverage of the Tokyo International Anime Fair! I only introduced GSC’s booth in this article, but there were many other figure makers with wonderful booths for those to enjoy if they visit this weekend!

Starting tomorrow the event is open to the public!

Those who are interested can head to the official site for more information!
http://www.tokyoanime.jp/en/