Once each month, all the GSC staff gets together for a meeting!
After the meeting I got back to my desk to find something interesting… 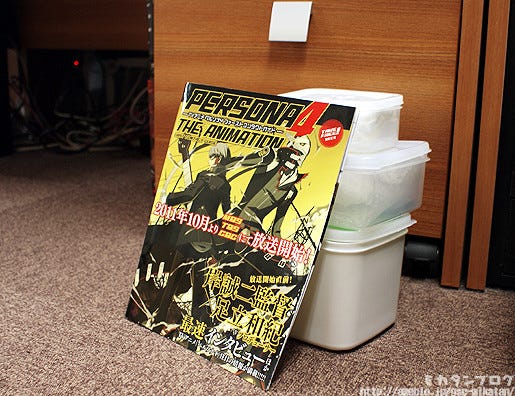 Oooh! It’s a magazine featuring the currently airing Persona 4 anime series! Plus it looks like there could be a figure behind the magazine…

But it can’t be a Good Smile product… Good Smile always keeps their prototype figures in cardboard boxes… I better hurry up and find out what it is! 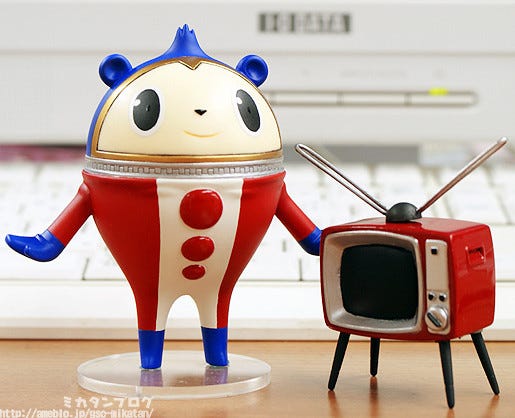 From the game released in July 2008, which has recently become an anime which is still on the air – Persona 4, comes a figure of the the mysterious creature that lives in an alternate world inside the television – Teddie! He also comes with the CRT TV that features in the opening of the anime series!

Great job, Phat Company! ヽ(ﾟ∀ﾟ)ﾉ
I know there are tons of fans who have been waiting for some Persona 4 figures! (me included!) 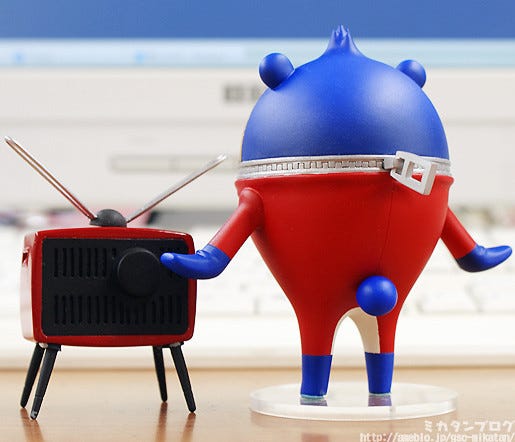 Teddie’s trademark zip around his neck is clearly visible from this side! It doesn’t actually open or anything though. ^^;

The reverse side of the TV also looks great, with that nice retro kind of feeling you expect from an old CRT TV like this one. 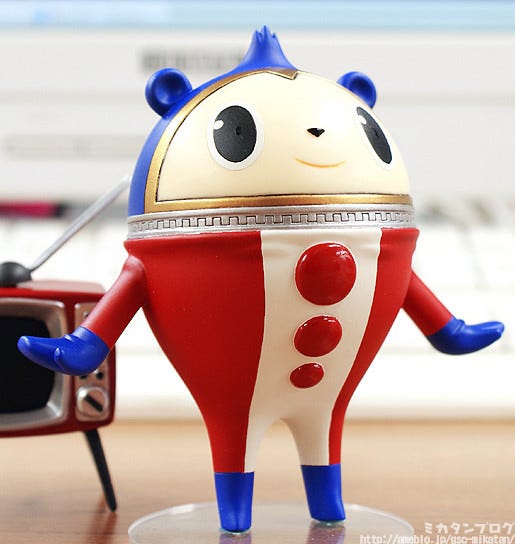 A closer look at Teddie himself!

Teddie is a mysterious creature that lives in the TV world, he is designed to look like someone wearing a costume. It’s a simple looking design, and yet it has such a wonderfully unique feeling to it! 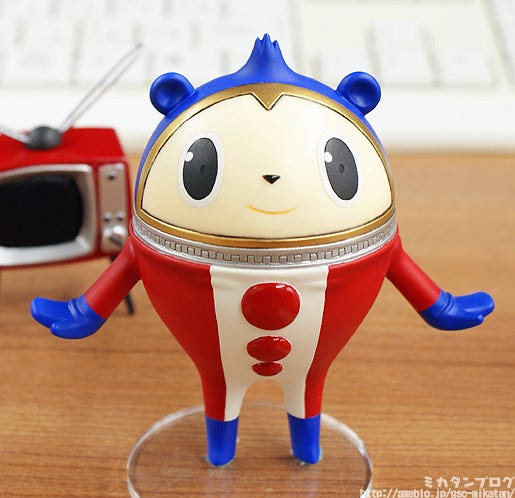 If you put him on your desk while you’re working, you can always have him looking up at you like this! It’s so adorable! Size-wise he is just a little bit smaller than a Nendoroid. A nice size to display beside you on a desk – plus it’s the kind of figure that even girls don’t need to be embarrassed to put on display beside them! 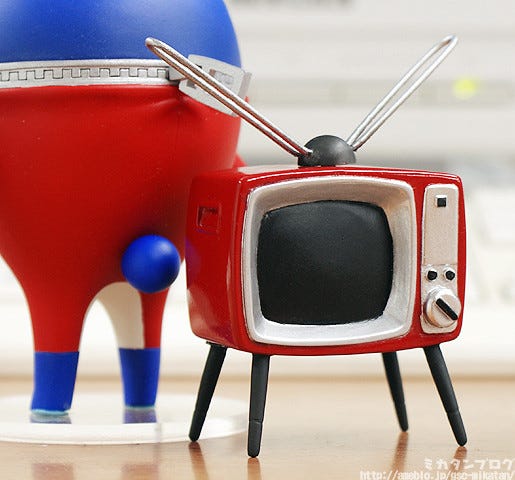 And here is the TV!

Definitely a crucial part to the Persona 4 experience – a CRT TV set! This red TV appears in the opening of the series, as well as in the alternate TV world. I kind of want to pile lots on top of each other like you see in the anime OP. ^^; It really has a lovely retro feeling with the antenna and dials! 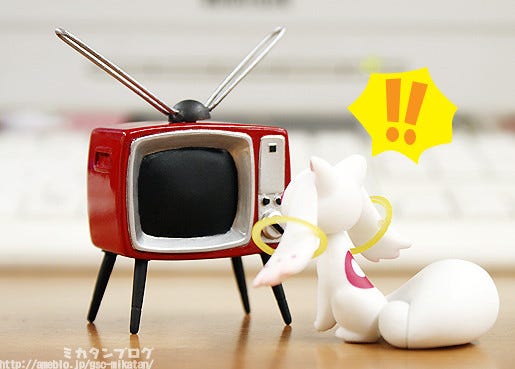 You could even use it as an extra part for Nendoroids!

Looks like Kyubey is watching something rather startling… I leave it to your imagination to come up with what he was just watching… :P You could even stick something over the black area to have the TV actually showing something!

By the way… having read this far, I’m sure there are a lot of you that are thinking something along the lines of…

You’re right! I want them too!! 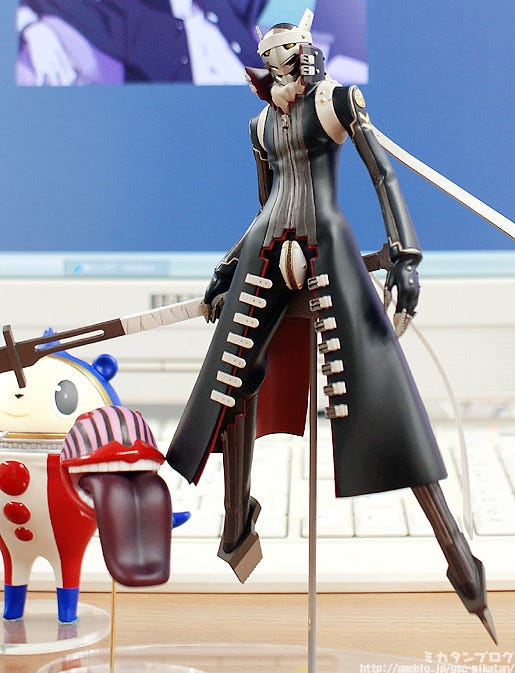 This will also be coming out as a set of two, called the ‘Twin Pack DX: Izanagi & Hablerie”! Izanagi looks to be very high quality indeed! Great work once again, Phat Company! I just hope you’ll be bringing out the human characters from the series as well! Soon!!!

The set will be on the GSC website on the 13th!
For preorder or sales information, please contact our partner shop!


And while we’re talking about Phat company…

Another Phat Company product, Nendoroid Eiji Nizuma is now up and ready for preorder!

Takamatsu-san from Phat Company has already done a review for this figure! (It’s very interesting, particularly the start!) If you’re interested, be sure to take a look: (Japanese only.)