The desks of those who are off to China! 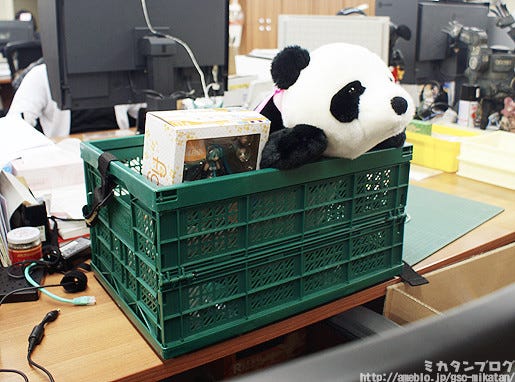 This time the production team is off to China for quite a long stay, but even so, samples still stop by for us!

Today we’ll be taking a look at this lovely figma that managed to sneak into the offices! 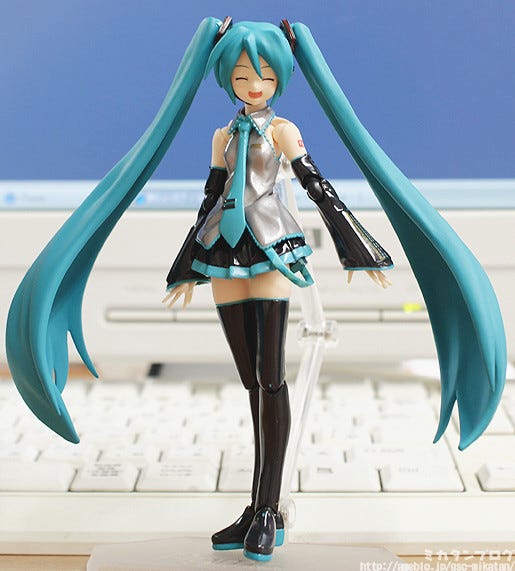 This was the Cheerful JAPAN! product announced back in July! Everyone who ordered should have their’s delivered around the 29th November. 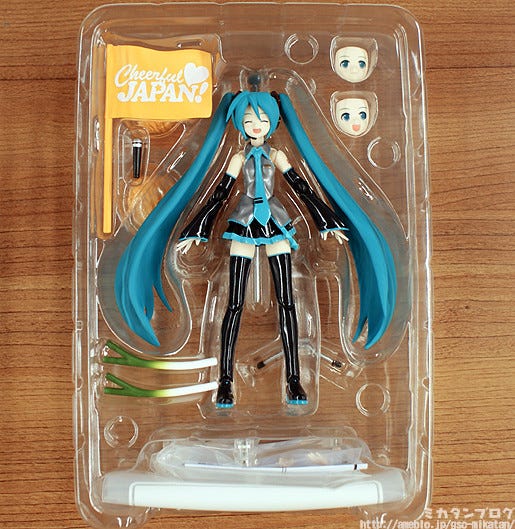 It takes the original figma Miku and adds in various ‘cheerful’ extras, such as a support flag and pompons are included! It’s a bit hard to see from this photo, but there is in fact a blister on top of the original blister here. 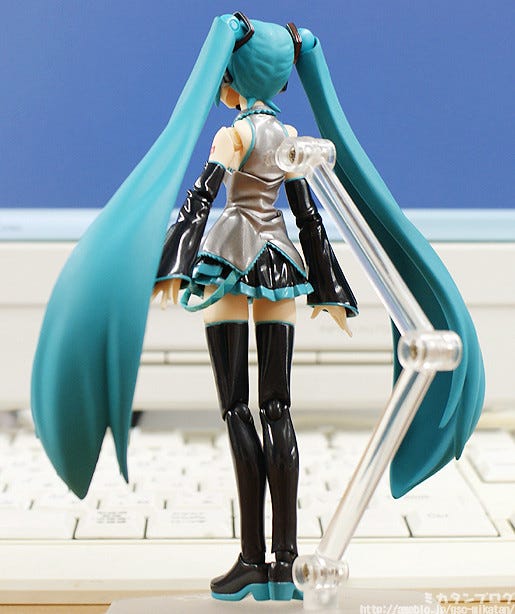 This is how she looks from the back!
Miku’s giant twin tails can be moved about using figma joints!

Someone pointed that out to me the other day… it’s true, but I don’t recommend you use it as one… :P 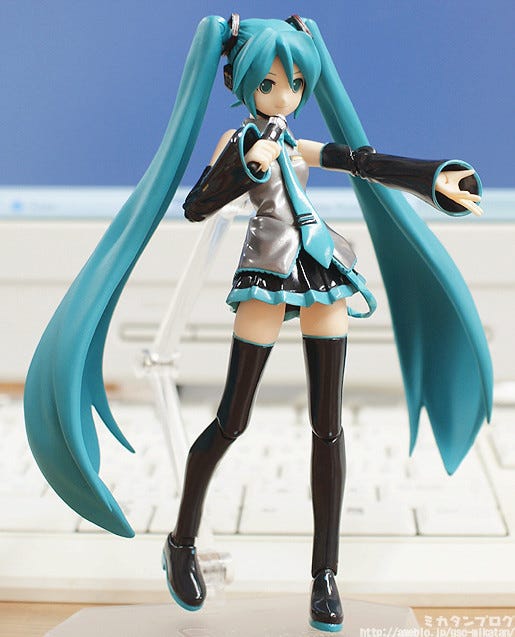 Optional parts, including her microphone!

This pose also makes use of the hands that grab onto the mike! I’m really proud of my poses in this photography, I hope you enjoy them as much as I did… 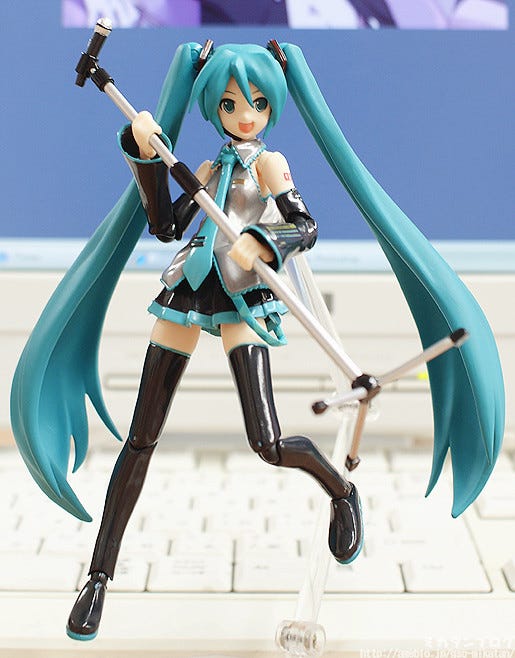 A singing face and a mike stand!

Just as with the Nendoroid, the figma also comes with this lovely expression!! It’s great to be able to create a kind of singing atmosphere with the pose as well.

You can either just put the mike stand on the ground or let her hold it like this! Here we have an acrobatic Miku singing her songs! 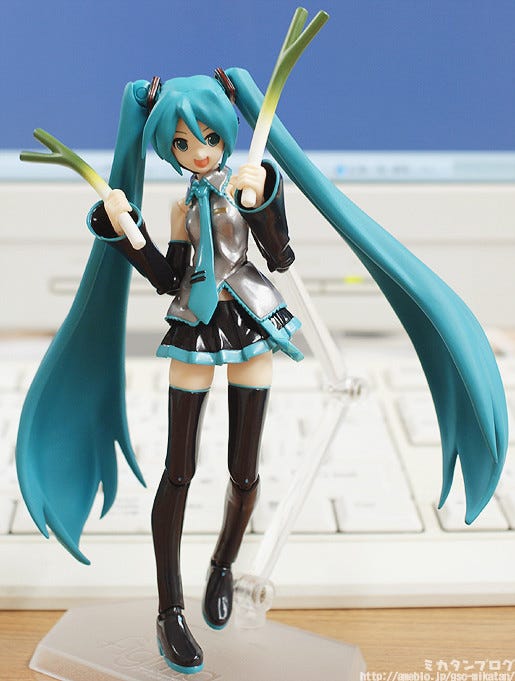 She also comes with two leeks!

I remember being amazed at the quality of these leeks back when the first figma was released – I’m just as impressed this time around as well! You can pose her with both, or just one – it’s up to you! 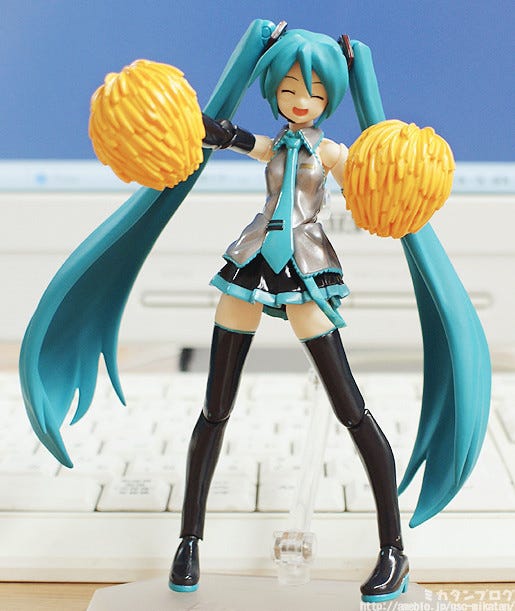 These items were only included with the new Cheerful ver! Just look at that huge smile! If you leave her posed like this on your desk you’ll get the energy to get through every day! 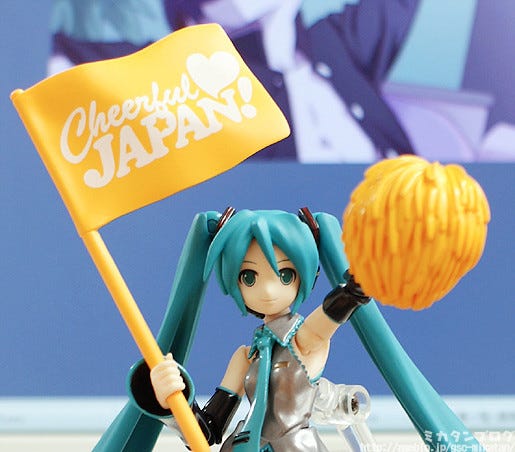 A cheering flag with the Cheerful logo!

As with the ponpoms, this is newly sculpted for this figure! It really looks like it is flapping away in the wind! 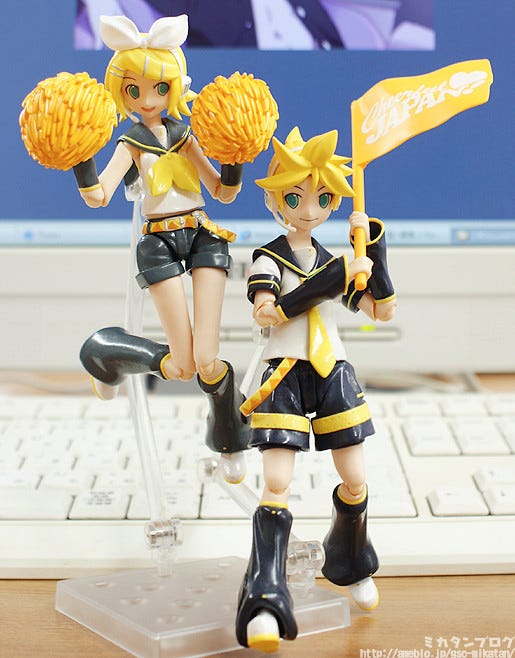 Rin & Len can also use them!

You can attach the Cheerful parts to any of your favorite characters instead! Play around and see who they look best with!

They are being shipped out on the 29th!
If you have any queries, be sure to contact the GOODSMILE ONLINE SHOP