Last week, when we looked at this pile of goodies… 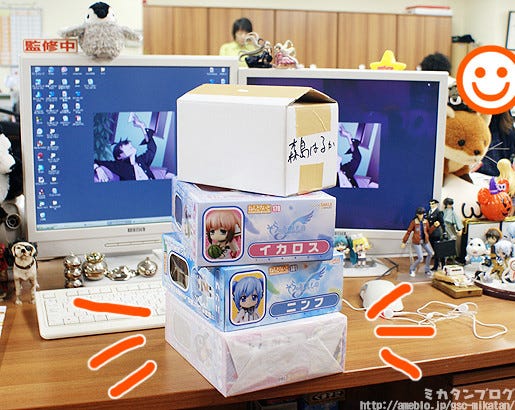 There was one other fresh product sample hiding!!

It was still wrapped up in the packaging paper, so it wasn’t easy to notice it… but there were some people who still managed to point out who it was! Today we’ll be taking a look at… 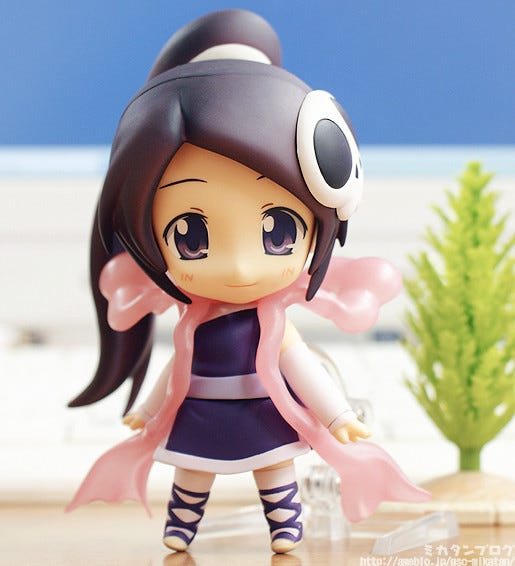 From ‘The World God Only Knows’:

The young demon who has come to Earth, and with the help of Keima Katsuragi is ready to capture some runaway spirits!

This is in fact a Max Factory product! (･∀･)ﾉ
The sculpting is by Yukiwo Ageta, you can tell just by how she looks!! 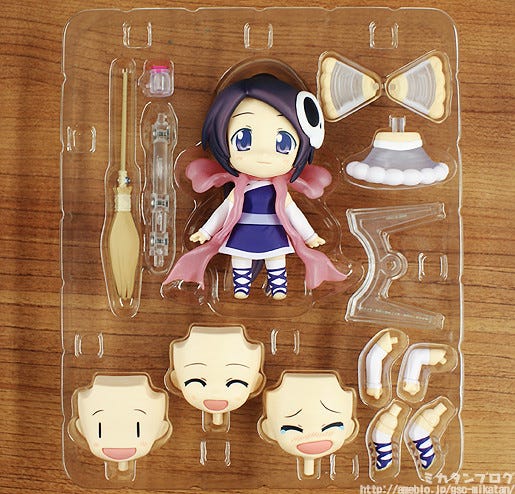 You can see all sorts of lovely looking parts! Plus an four amazing expressions! Normally there are only three! 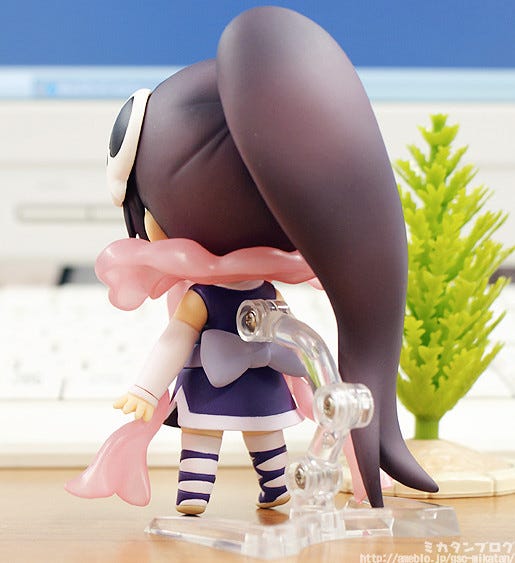 The stand’s base is slightly different to the normal GSC stand – it makes a kind of M-shape. It’s a motif to show it’s a Max Factory product! (Probably :P)
It conserves space but still holds the Nendoroid up nice and securely! 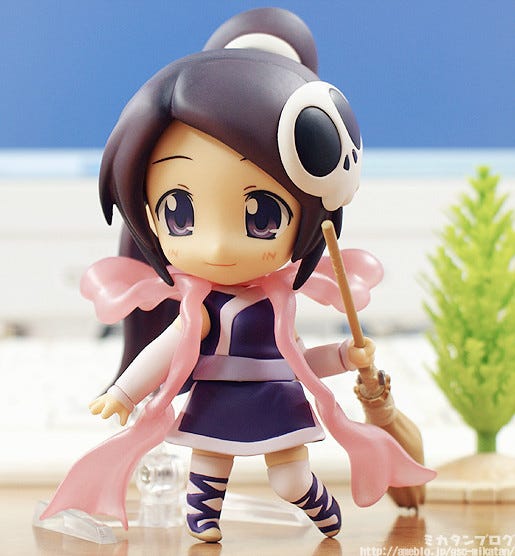 Let’s move into the optional parts!
First up is her beloved broom!

Elsie is well known for her great ability to clean, so you have to give her a broom! You can also let her hold it in her right hand!

You can also see a bent left leg and bent left arm in this photo!
There is also a bent right leg for plenty of posing possibilities! 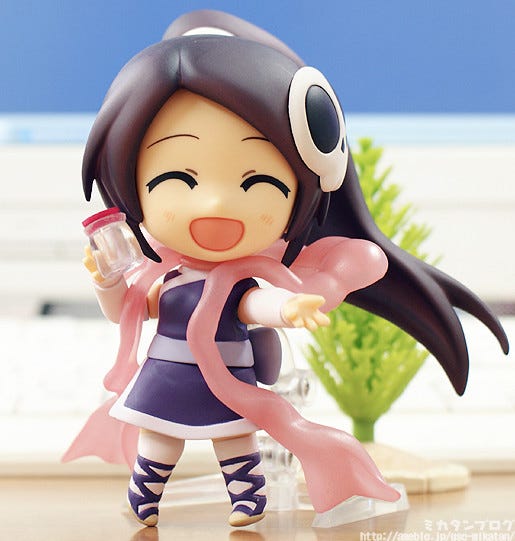 A smiling face and the capturing jar!

The jar she uses to capture the runaway spirits is also included! The bent arm is fitted with a join allowing you to bend it in the direction you need! 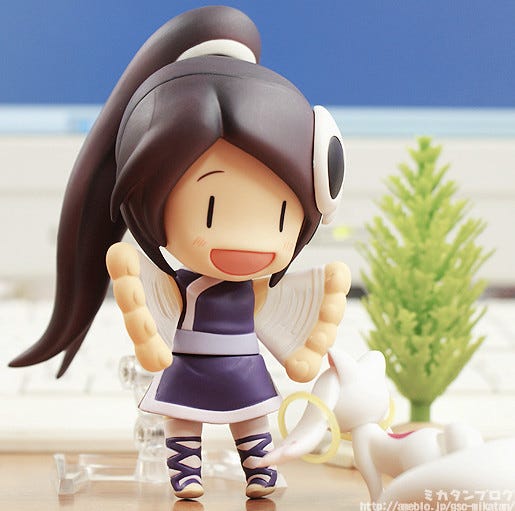 She also comes with a chibi expression!

As well as frantically waving arms!!  ((((ﾟДﾟ)))
This is definitely a scene seen in the anime and manga quite often!!

What a wonderful idea for an extra!
When you actually see them with your own eyes you’ll probably be just as amazed as me as to how well they pulled off this particular part! 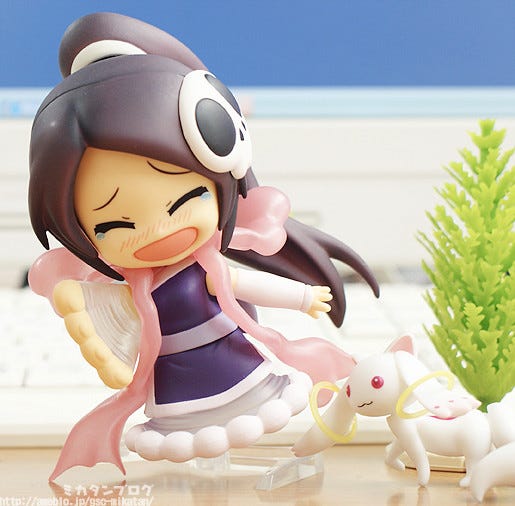 She also has a similar part for her legs!

To think that we’d be able to create Elsie in a pose as true to the original as this!! As a Nendoroid!! Plus look at the adorable crying expression!

Others can also use them! Madoka’s turn!

The face adds a lot to it, but those hands as well! They just go so well together! Unfortunately they won’t so well work with Nendos that have a darker colored sleeve though… 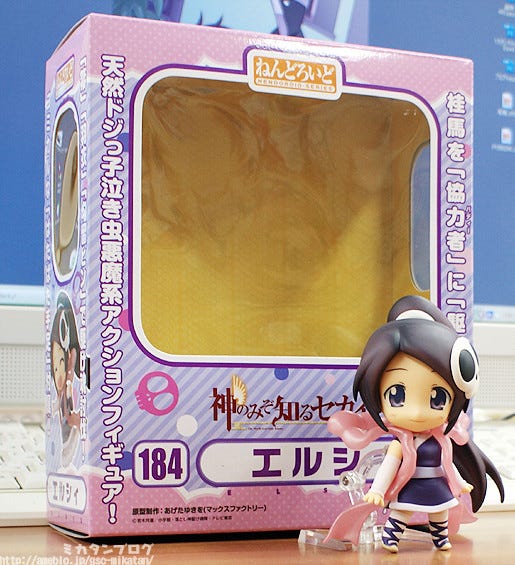 From ‘The World God Only Knows’:
Nendoroid Elsie!

She’ll be in stores from the 24th!
Be sure to check with out partner shops if you have any order or sales queries!


Anyway, thats all for today!
I hope to see you all again tomorrow!! (・∀・)ノ゛