A huge tower case in the GSC Offices! 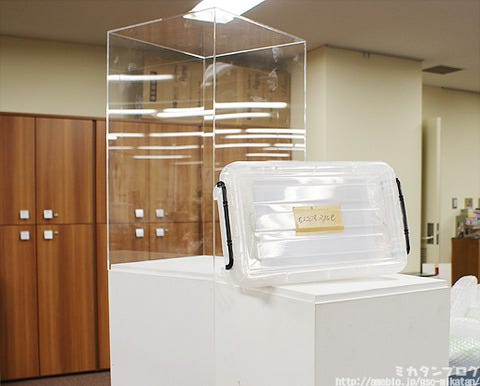 These are used to display figures at events!

It’s Summer! And in Summer there are loads of events – there are in fact still loads more this month! Whenever GSC will be attending an event it always goes up on the Japanese GSC site, so do take a look if you’re in Japan! Summer has only just begun for us!! 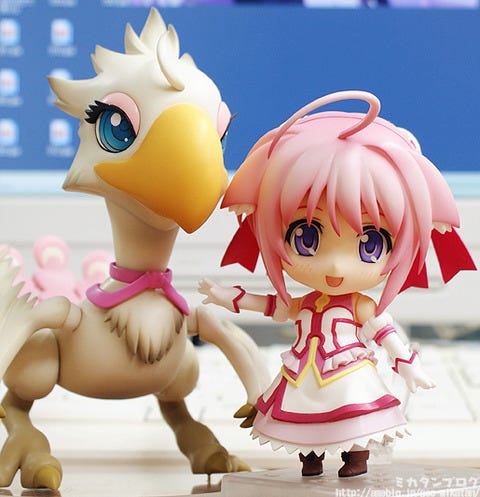 On top of said tower case, I found this figure to play with!

Mllhiore is from the anime ‘DOG DAYS’ set in a world called Flonyard – she is in fact the Princess of the Biscotti Republic!

It really is very nice and big!

It’s almost like getting two Nendoroids in one! Harlan even has joints in her neck, both wings and both legs for posing fun! We’ll take a closer look shortly– 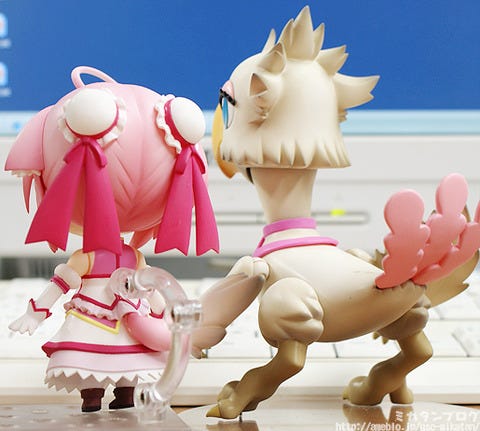 This is how they look from behind!

Millhi’s ears and tail are of course absolutely adorable! The fine detail on the dress is also very nice! 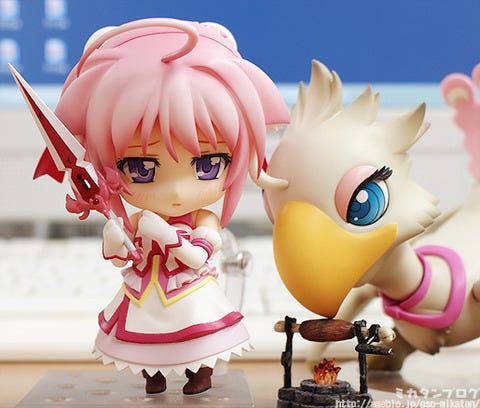 Let’s take a look at the optional parts that are included!

First up is a worried expression!

This is of course an expression designed to recreate the scene from the final battle in the anime. I’m fairly sure if anyone saw her with this expression they would be determined to protect her no matter what the cost!

In her hands she holds the sword, Excelied!

It might be hard to tell from this photo, but the sword has a nice metal paint which looks really pretty! (Oh, and the meat that Harlan is eating isn’t included, it’s my own personal toy. :P) 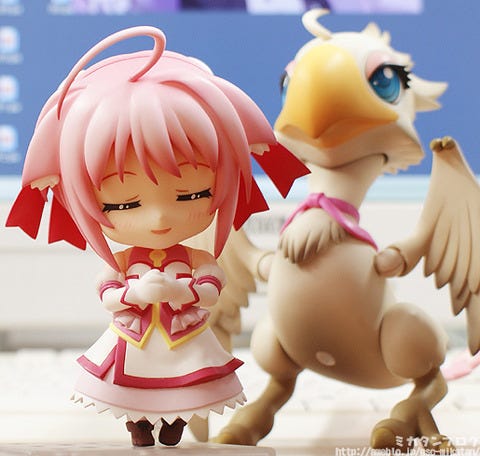 Moving on – a praying expression!

As well as bent arms and hands that are held together – a perfect recreation of the scene where she summons Cinque!

…and for some reason Harlan is flapping her wings about in the background! :P 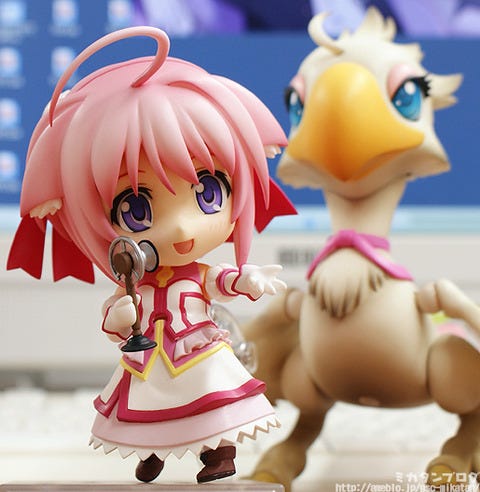 She also comes with a microphone!

As a side note, Millhi’s arm and hand parts are separate – plus there are loads of them! It allows her to take all sorts of nice poses! It also seems that Millhi’s singing has managed to calm Harlan down now… 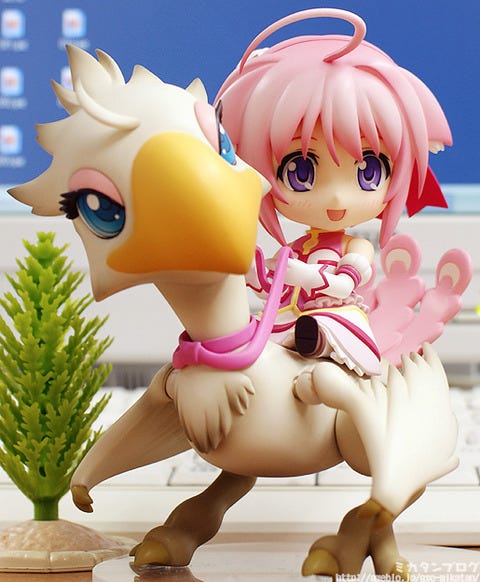 She can also ride on Harlan!

Those who have seen the anime will know that Harlan is in fact a wonderful mount for Millhi – and the Nendoroid can recreate that perfectly! She comes with a separate lower body as well as reins for riding. 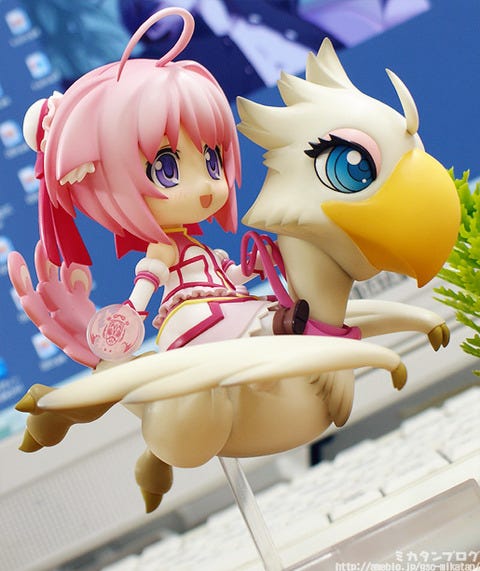 Harlan can also be displayed flying!

The coat of arms in the shape of a magic circle on her arm is also included! 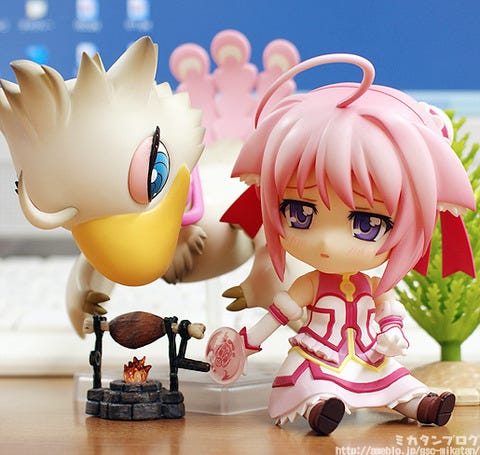 But now Millhi is all tired out!!

The sitting parts can be used for riding Harlan, or instead for a pose like this! There really are so many different things you can do with this figure!

From the anime ‘DOG DAYS’:

She is up for preorders as of today!