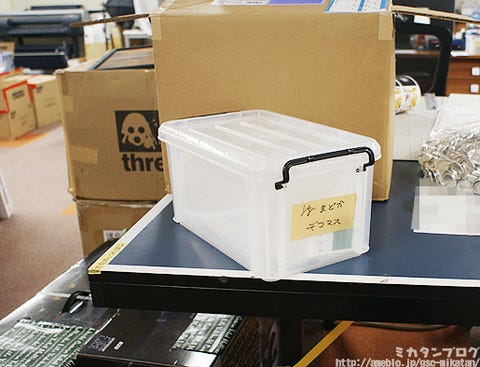 The 1/8th scale Madoka we took a look at on Friday!

I got stopped halfway through my pictures last time, but today I’ll take a proper look at her! I hope you’ve all been waiting in anticipation! :P Particularly after hearing that there are some extra parts that come with her! 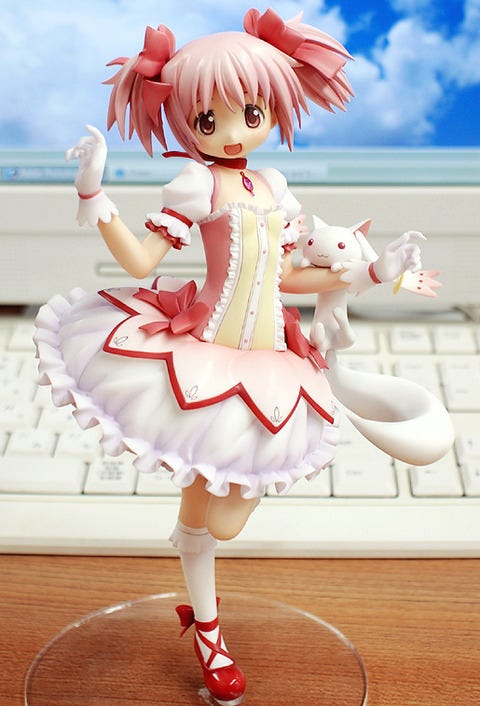 She is the main character from the popular anime ‘Puella Magi Madoka Magica’! The pose itself is based on one of the key visuals from the series, which features Madoka in a very dynamic pose with a huge smile on her face!

Plus she is wearing her beautiful Puella Magi outfit!

Pink is normally a hard color to work with, but it came out beautifully here! 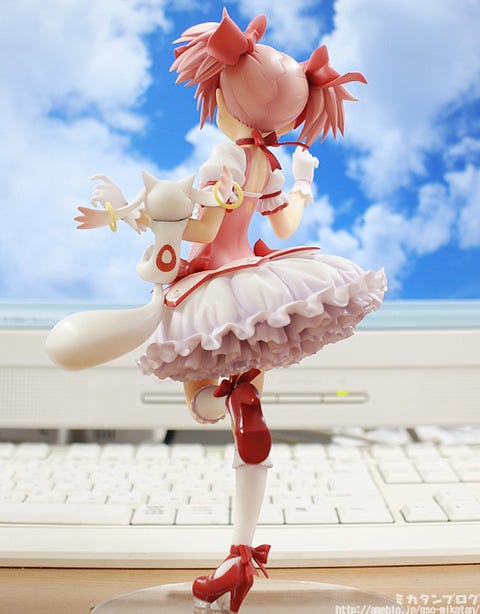 Madoka’s #1 selling point just has to be that lovely frilly and puffy skirt!! The frills look absolutely gorgeous! I hope the final version of the figure comes out just as well! 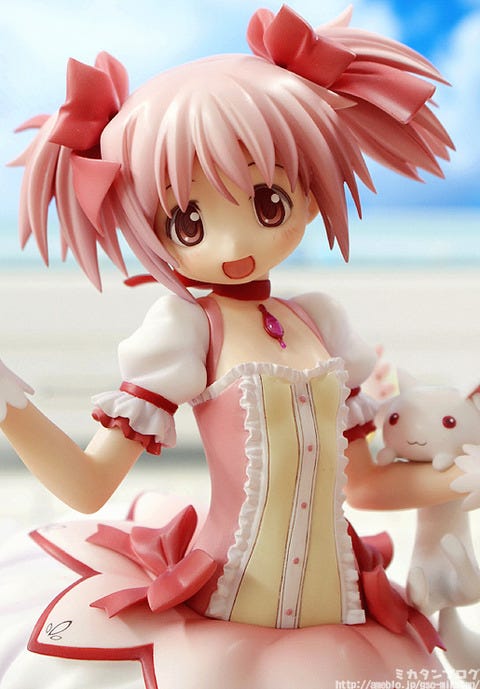 A perfect conversion of the illustration!

Trying to change a 2D image into a 3D figure isn’t an easy task, but this one really has come out perfectly! 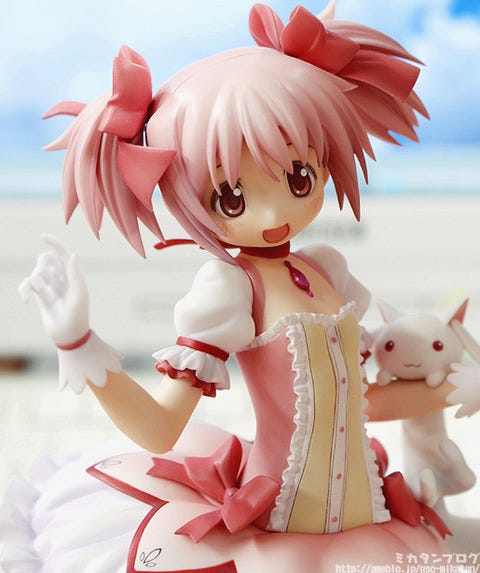 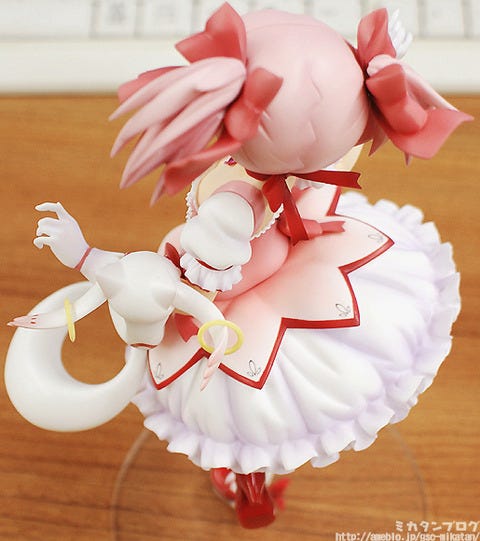 A look from the top!

On a 1/8th scale figure the clothes and posing can often make the figure itself look a little small, but in Madoka’s case her nice big skirt really gives off a nice big feeling! 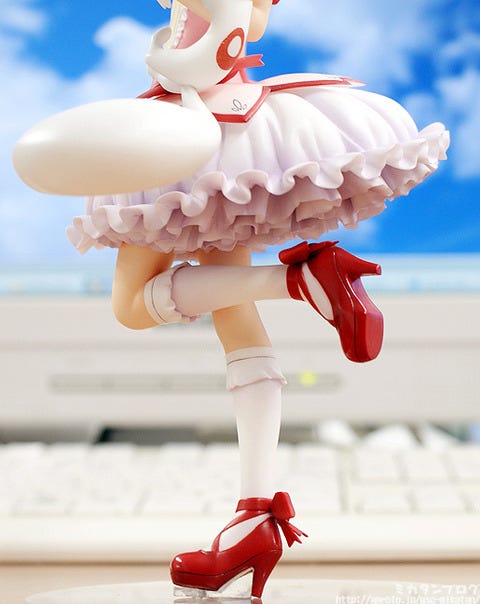 This picture was taken with the image of Madoka running along like in the opening theme. :P But the highlight here is of course the lovely shoes! 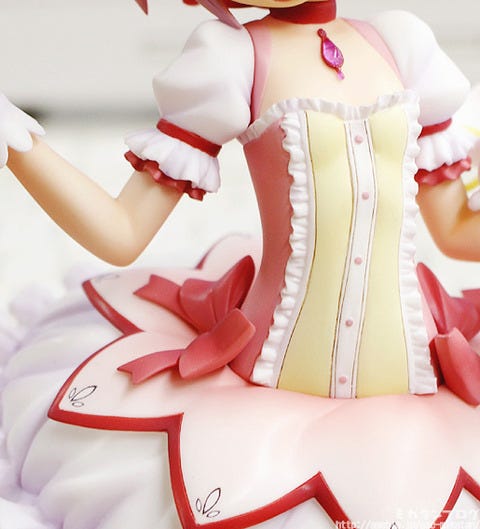 The Soul Gem is made from clear plastic!

The Soul Gem is a key element to the storyline, and even though it’s tiny it’s still very detailed! The two arm frills are also done using a beautiful pink gradient. It really looks wonderful! 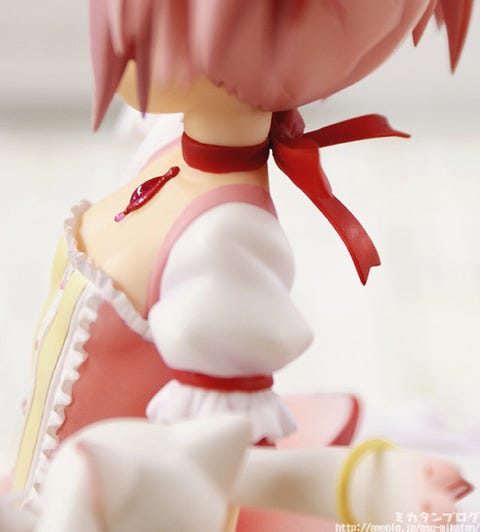 The Soul Gem kind of changes colors when you look at it from different angles! (Although, that’s not actually part of the design, so I’m not sure if the final product will still do that.) When you spin her around you can see it kind of glinting with the light – it looks really nice!

Plus, Madoka looks really sexy from this angle! 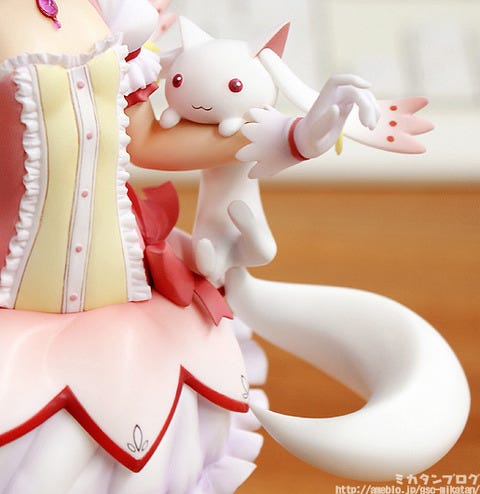 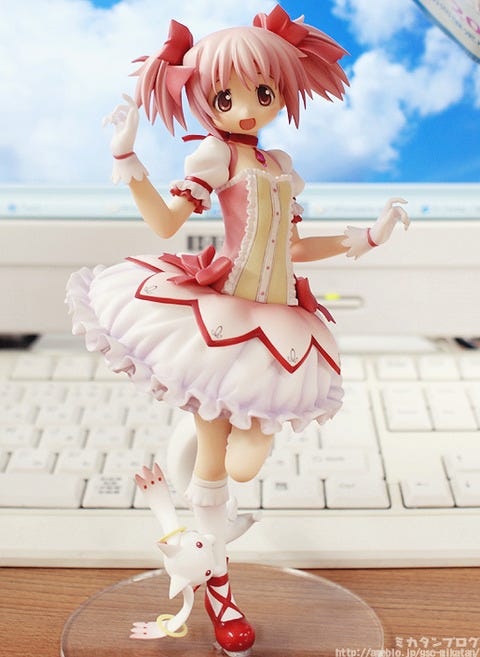 He can also be removed from her arm!

You can pull him off and make him hold on somewhere else instead! Here I tried making him hold on to her ankle, which kind of worked… but once again I’m not sure if it’ll work on the final version of the figure. ^^; 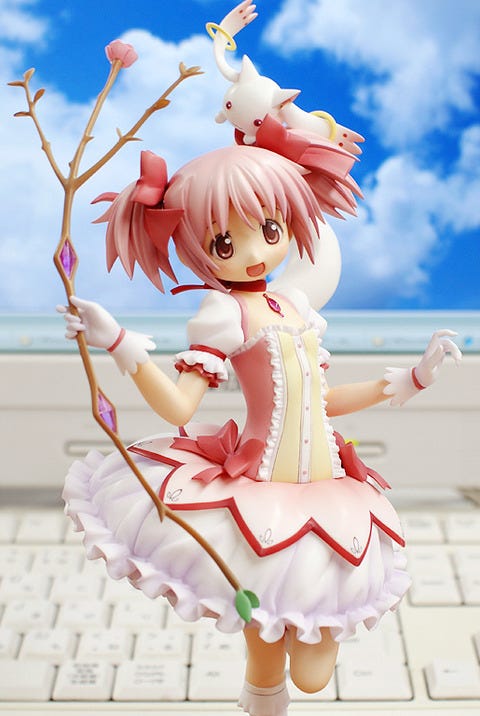 Her bow is also included!

The gems in the centre of the bow are just as beautiful as the Soul Gem – they also use the same clear plastic! The little leaf like parts at the ends of the bow are also right there! She has a replaceable wrist part which allows her to hold it easily – a very nice extra for fans of the series!