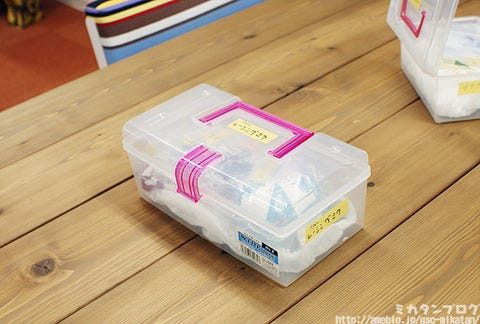 I managed to grab this figure just before it went out to Hobby Stock – Takepi from Hobby Stock was on standby while I was taking my photos! Sorry! I really did apologise in person, and both Machida and Takepi both just laughed and told me it was no bother… what nice guys!! 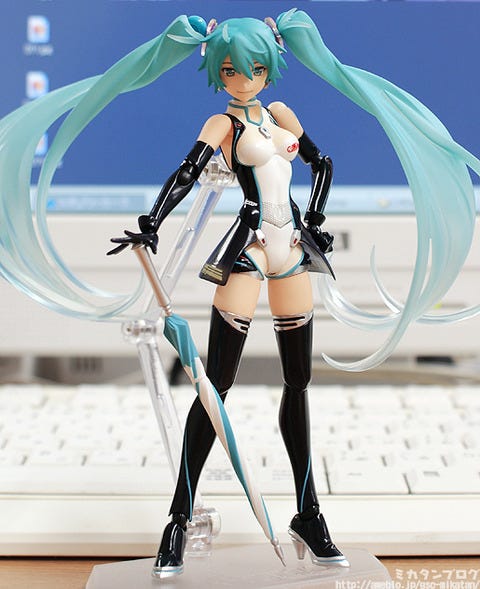 Anyways, today’s figure review is of…

The Miku famous for being on the racing car of ‘GSR & Studie with TeamUKYO’!

I’m sure most already know by now, but they came in first place in their 3rd SUPER GT!

It was a race dramatic enough to make Aki-san shed tears of joy! Thank you to everyone who supported the team, as well as the team themselves, you guys did great!

As a commemoration to their first victory, this figma of Racing Miku will be included as a special extra to all personal sponsors of the team! 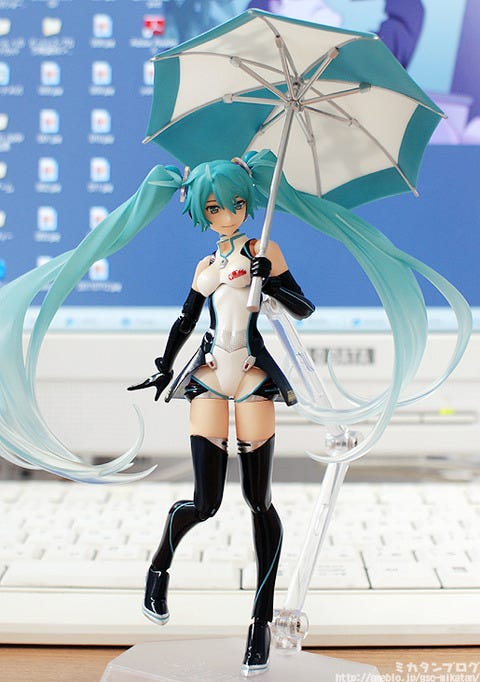 Let’s have a look at the optional parts that will be included!

First up, a parasol!

This is the actual design that the team’s racing queen was holding! Definitely needed for fans of the team! The parasol is opened up here, but she also comes with a closed one – you can see it in the first photo of her above. 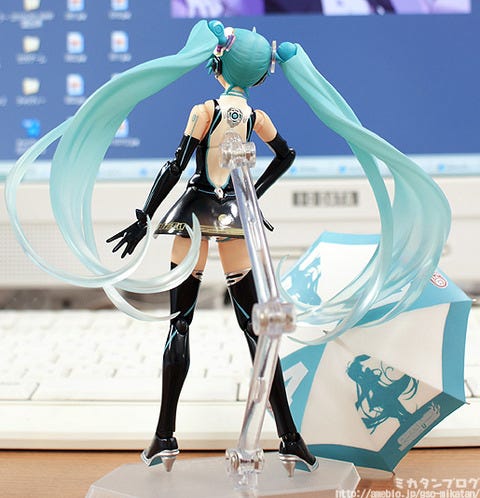 Oops! I was rushing and forgot to show what she looked like from the back!

This is how she looks from the back! :P

Her twin-tail hair looks like it’s floating up at the ends, and is made from lovely clear plastic for a nice translucent effect. The shape of her skirt is also very unique and wonderful to look at!

Some of the white parts on her body are also translucent!

It really looks stunning! Max Factory really know how to make use of the translucent paint effectively! 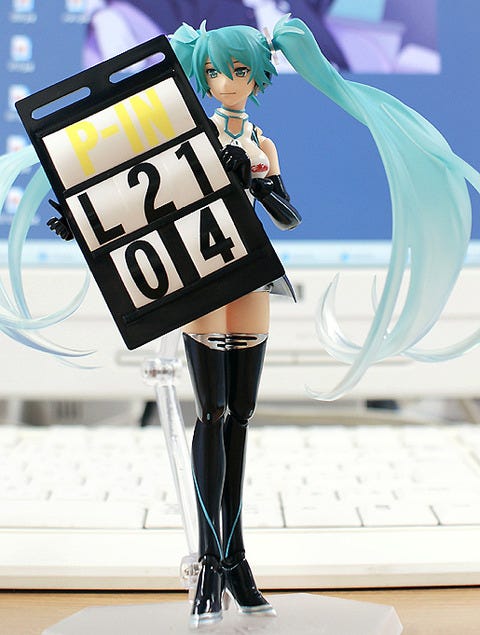 This is the signboard that tells the driver’s how many more laps they need to do!

Decals for numbers 0~9 are included for you to choose which you want! Which means you can recreate your favorite race using the signboard! :P 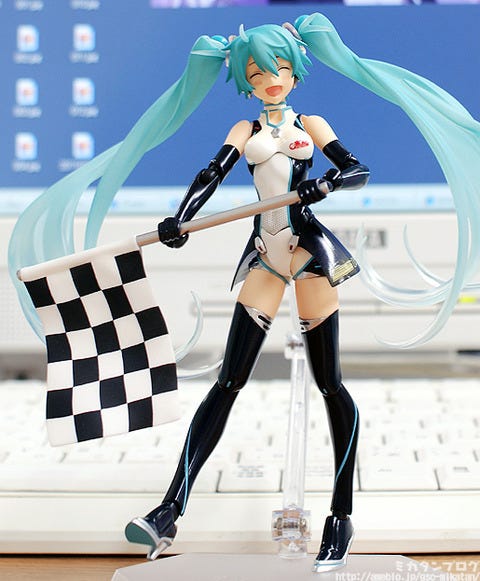 She also comes with an extra expression!
A super happy smiling face!

Plus a checkered flag to end the race!
Plus of course hands to hold the flag – so she can wave it around however you want her to! 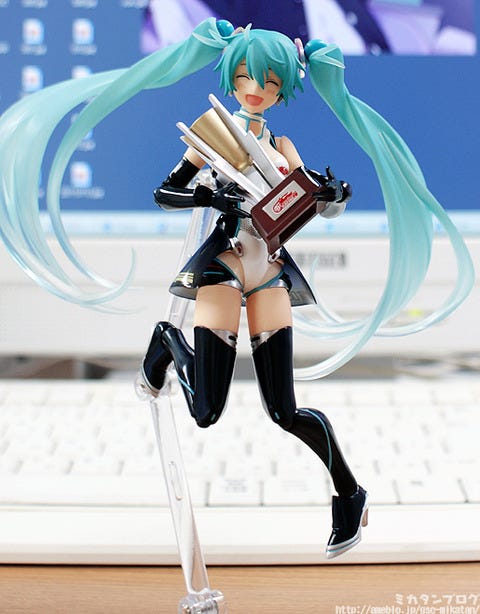 An extra part perfectly suited to the figma’s ‘First Win’ subtitle!  To both those who have sponsored in the past and those who are going to sponsor – you also deserve the trophy!

Are available at NicoNico Chokuhan!


Anyway, that’s all for today!
I hope to see you all again tomorrow!  (・∀・)ノ゛