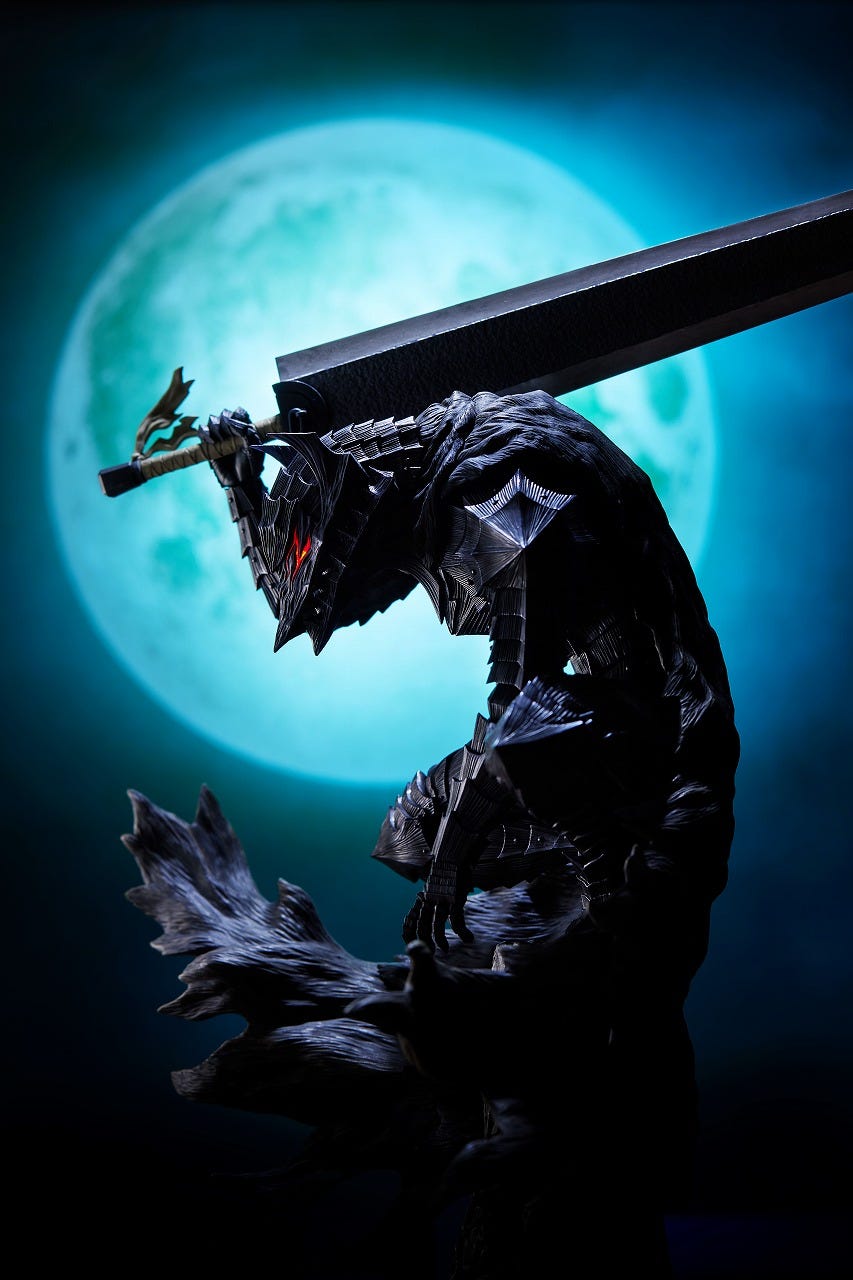 Hello everyone! My name is Isomaru Suihei and I work for Max Factory.

First off, let me just say we’re so excited and grateful to see Berserk return to serialization!

So, today, I want to give you a closer look at one of our latest figures that many of you reading are probably already familiar with!

Bloodlust blacks out all else.

This is Max Factory’s first POP UP PARADE L figure, and by all accounts, from the size to the level of detail we’ve been able to get in the sculpt to the price, it is a really stunning rendition of Guts.

This figure is based on the cover illustration of the 28th volume of the manga, and features Guts sculpted in incredible detail. 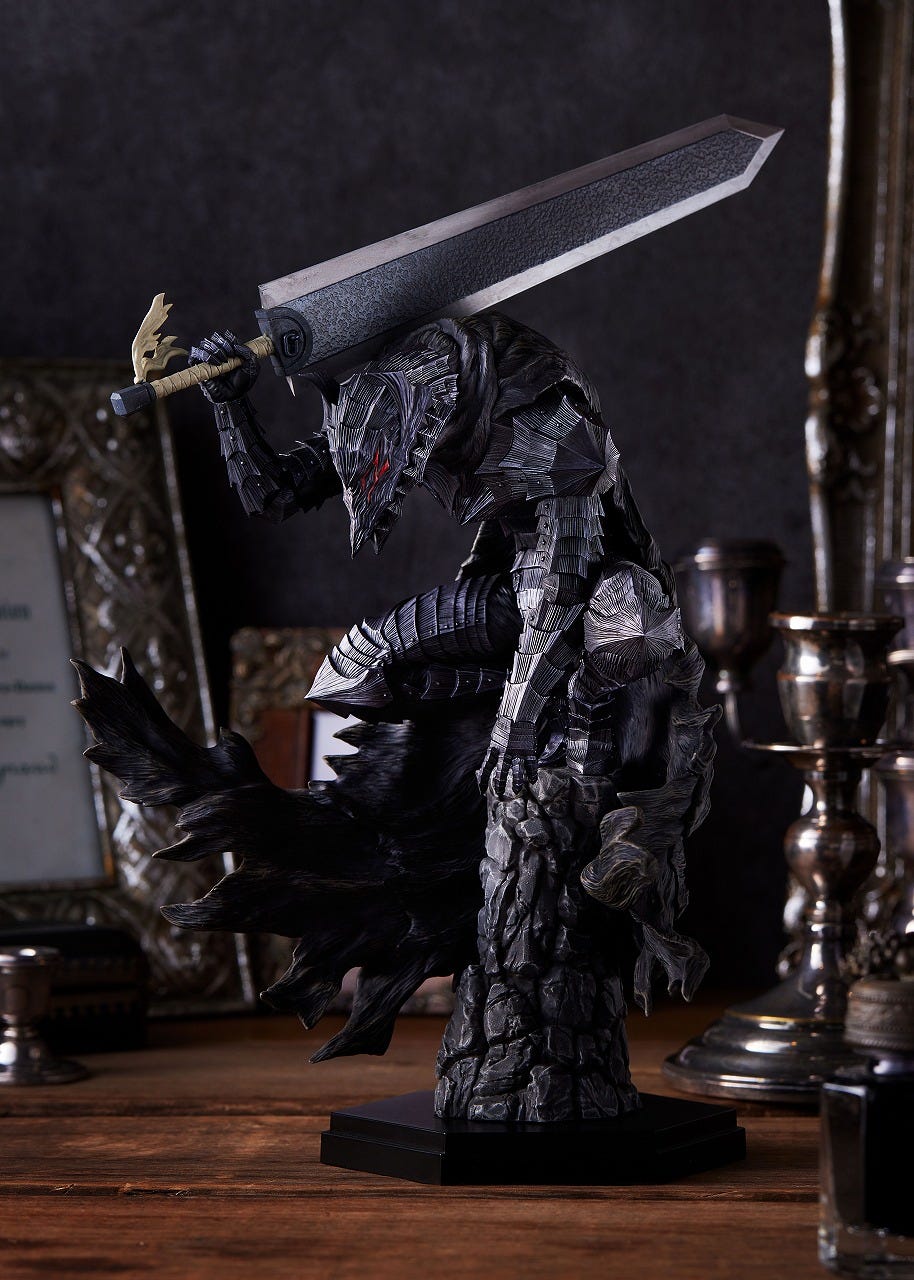 ▲The original illustration’s ominous atmosphere and sense of unbridled ferocity have been perfectly captured.

Please take a close look at the highly detailed sculptwork and textural painting featured across the figure when you take him home!

Even during the prototype phase, the high level of detail was already apparent. 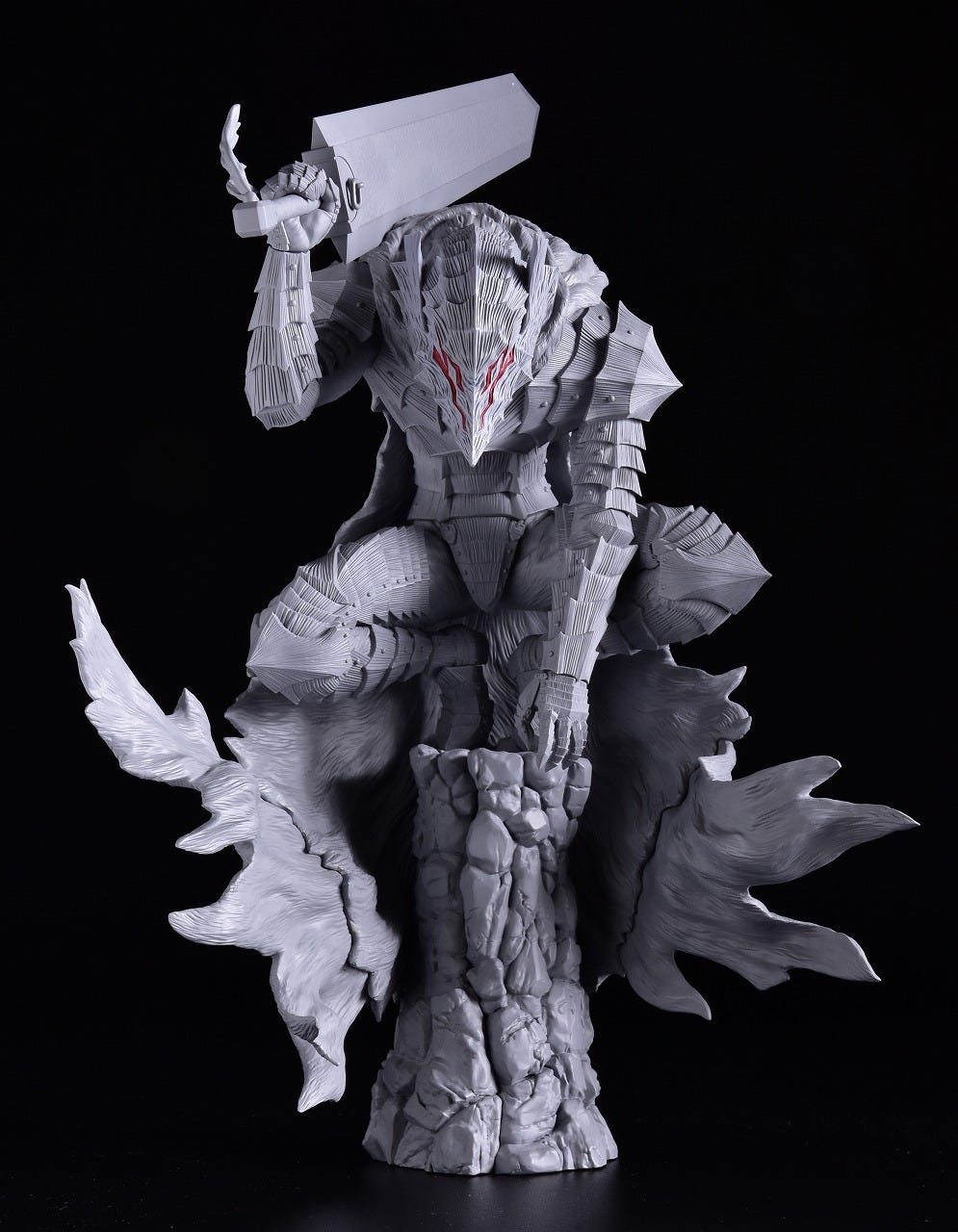 The Berserker Amor’s unique texture is actually sculpted on the figure line by line just like how it is illustrated in the original manga.

Each detail was preserved with great care. Once the figure was painted… 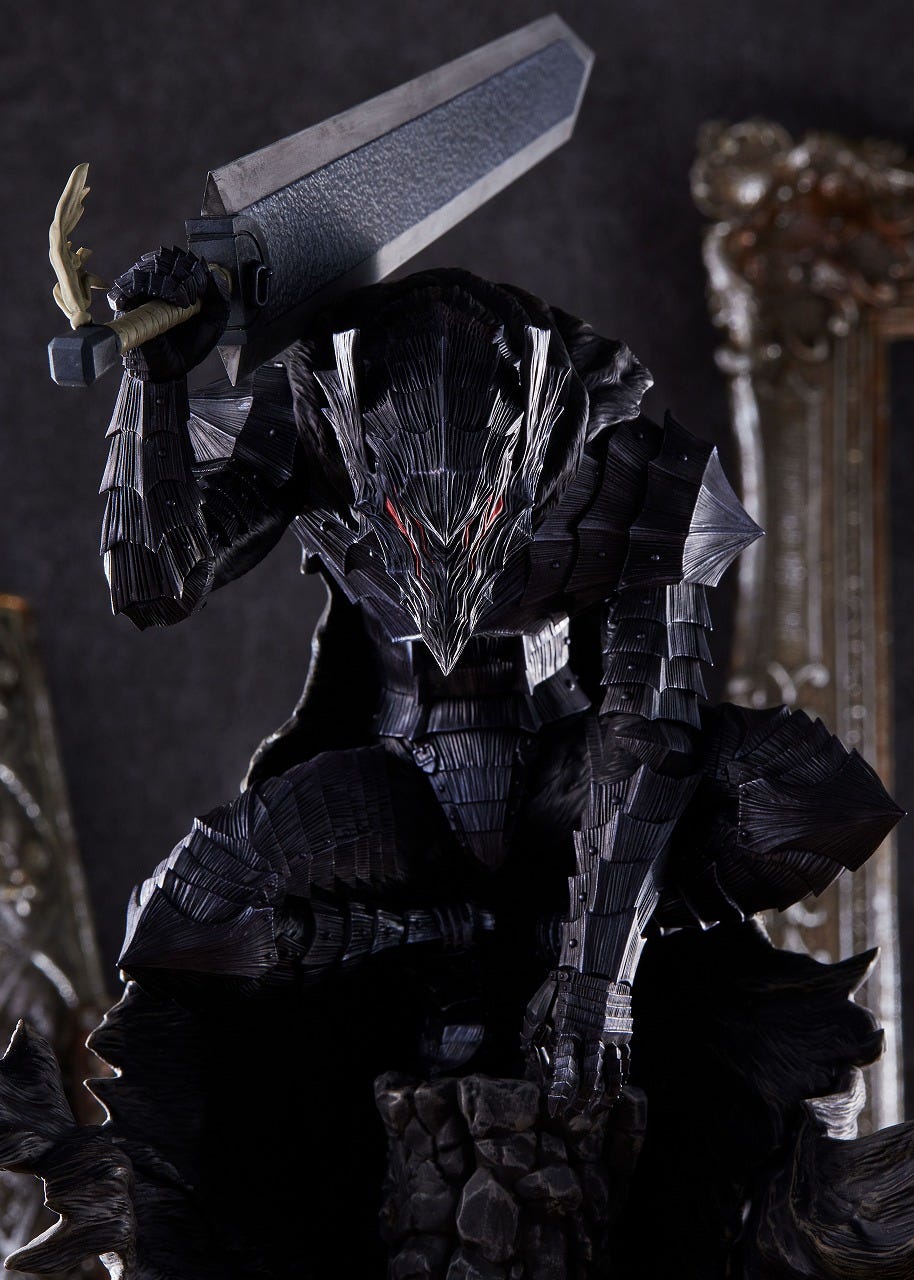 …it became even more impressive!

The deep black colors of the armor work great to give it this realistic heavy and metallic look.

Taking a look at the back of the figure you can see the cape. 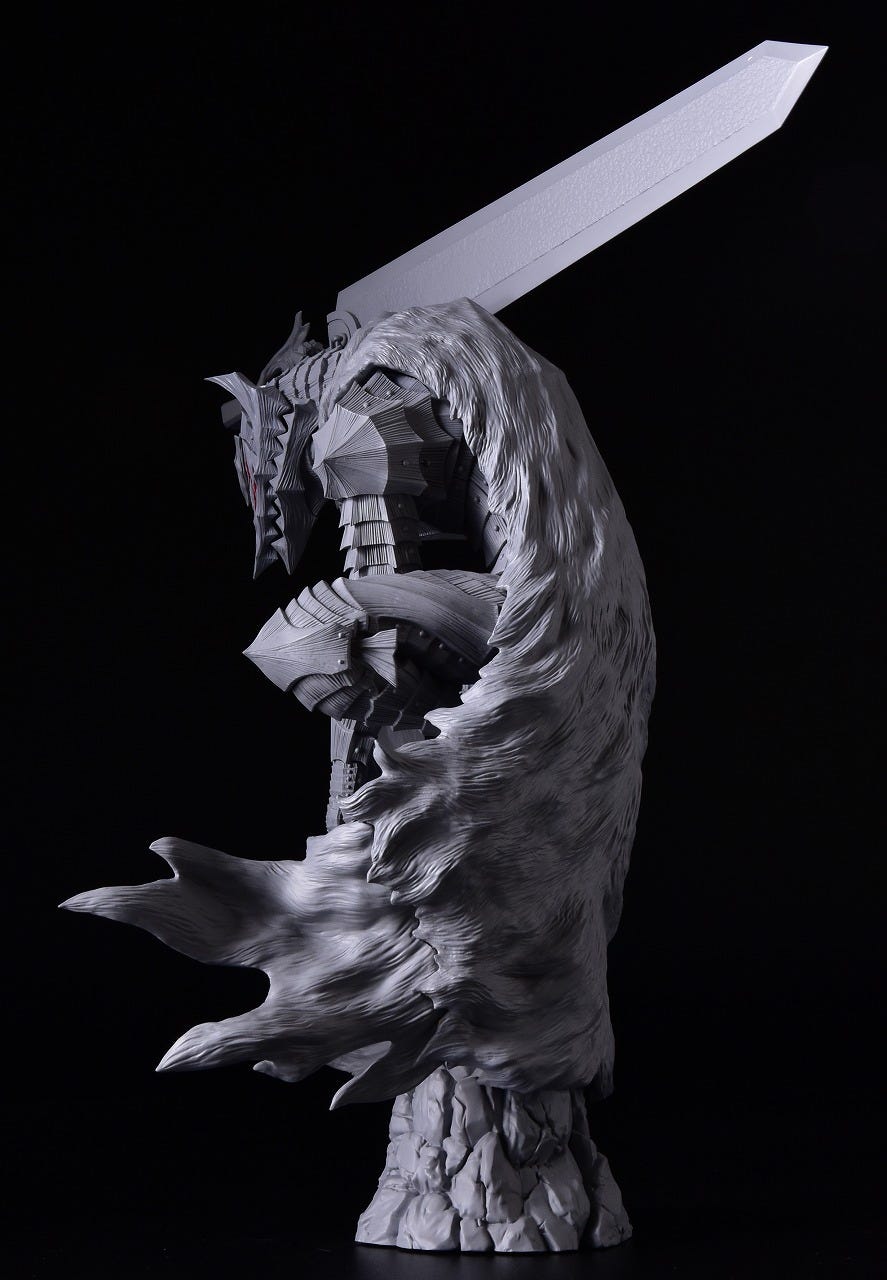 In contrast to the armor, the cape has a cloth-like appearance to it, with detailed shadowing to create a rippling effect. 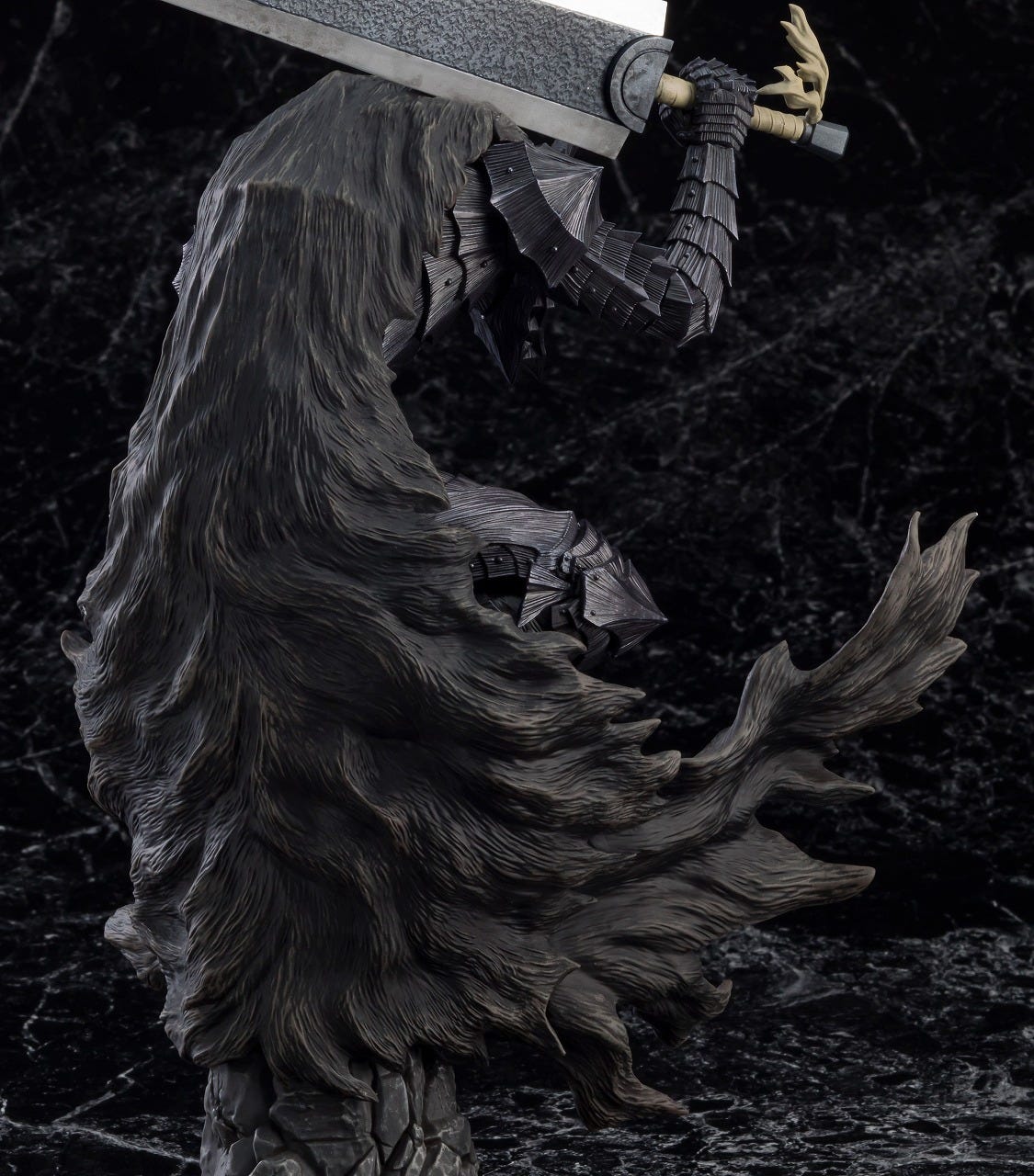 We were really able to capture that fur-like look through the paintwork.

Setting this figure apart from other POP UP PARADE figures, it features a stony mountain-like vignette base. 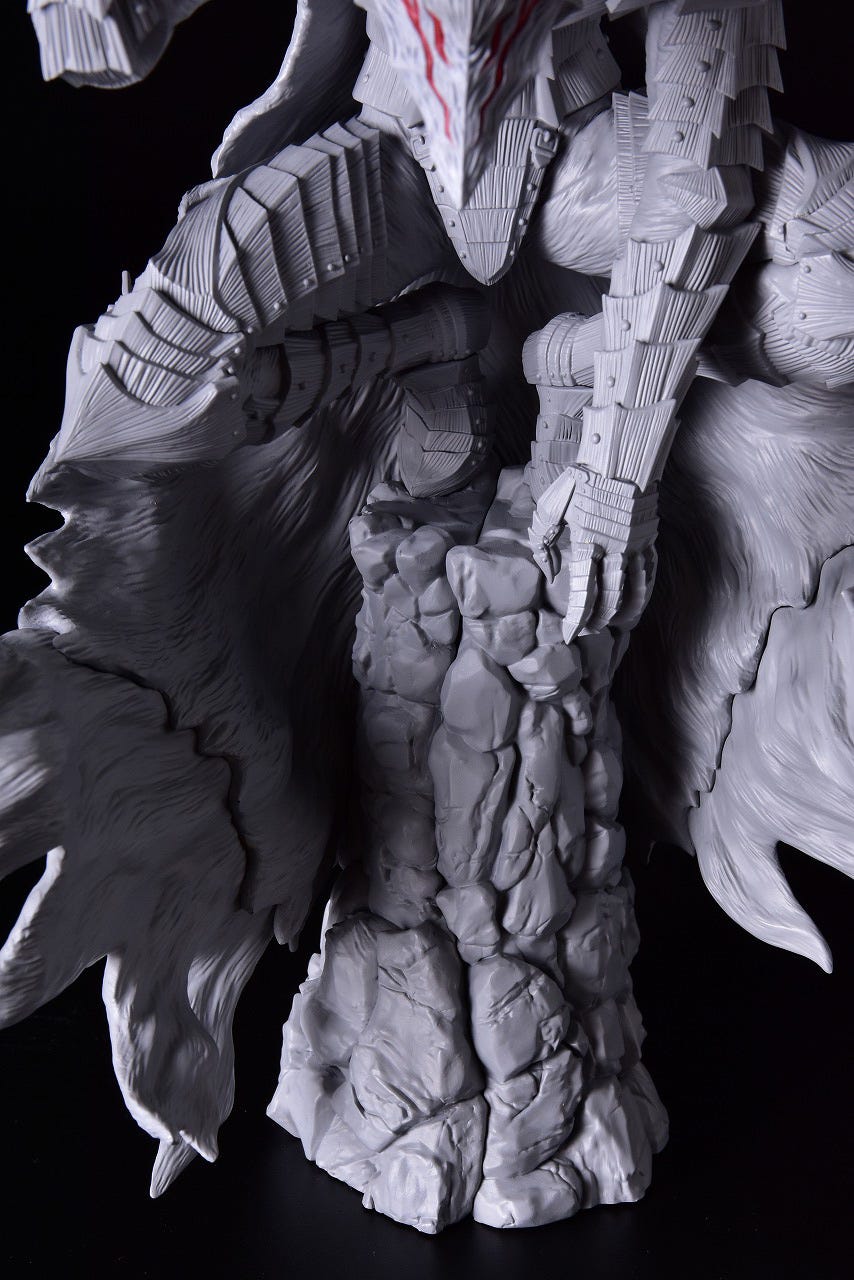 These were carefully painted to really bring out a rock-like texture in the painted prototype. 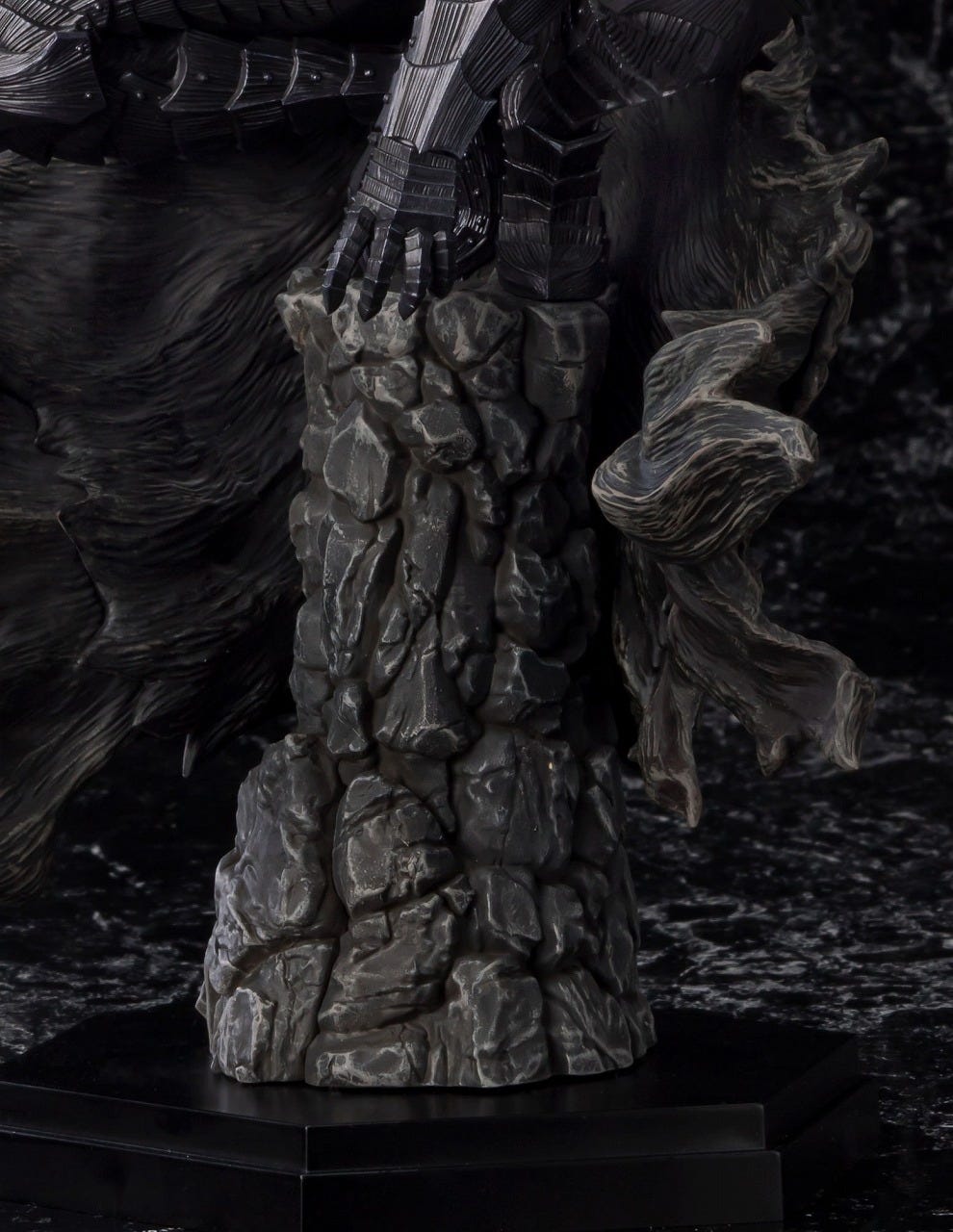 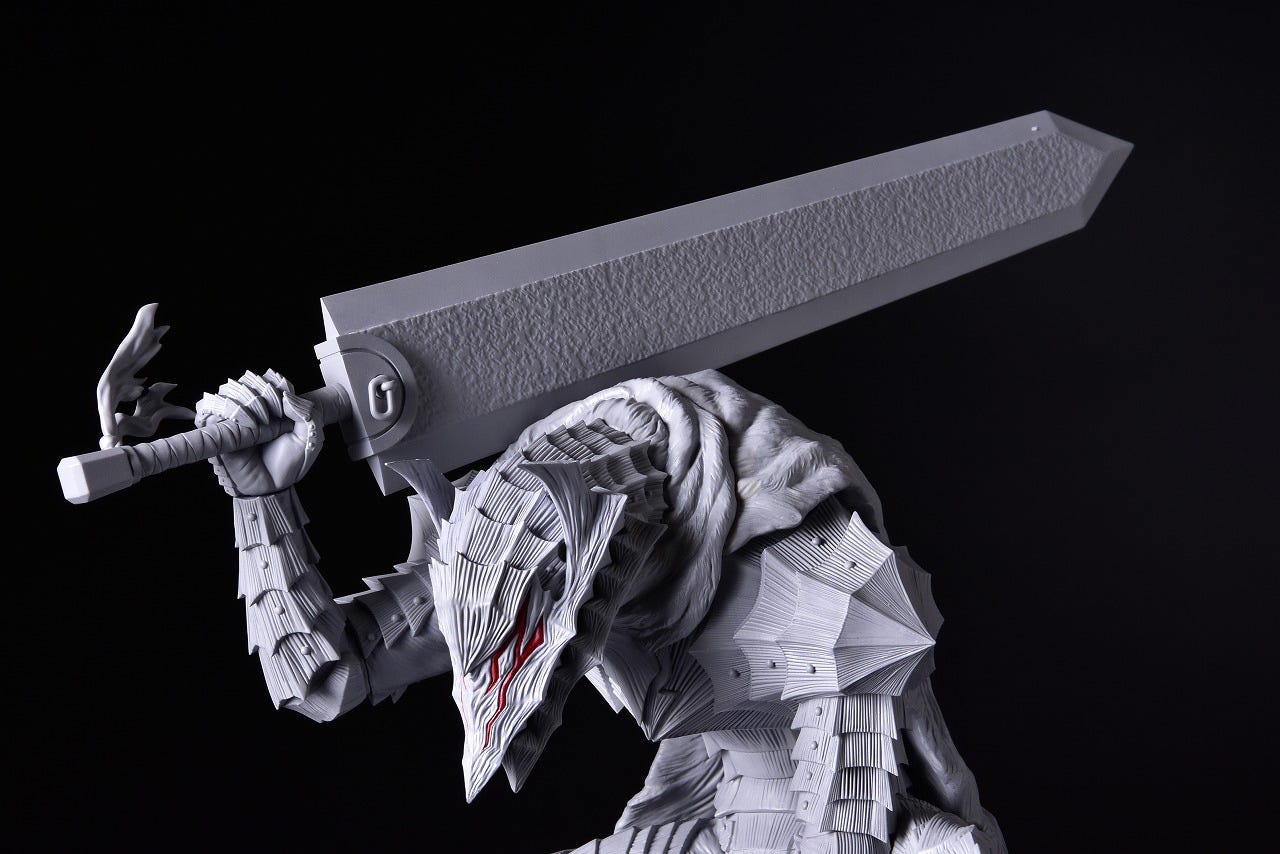 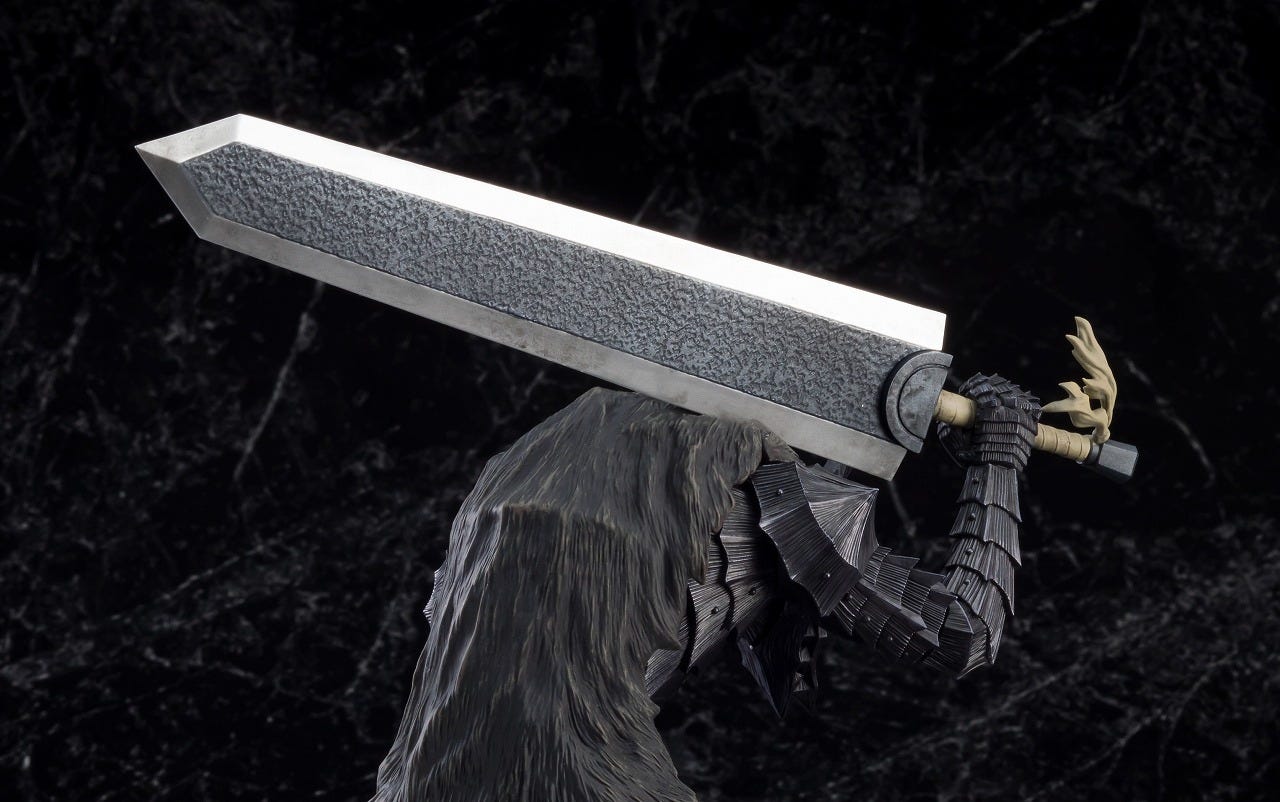 ▲The iron-like texturing and weathering of Dragon Slayer work to give it a realistic sense of weight.

The more you look at it, the cooler it looks! Be sure to take a close look for yourself!

One more great feature about this figure I want to point out is that it comes included with two head parts. 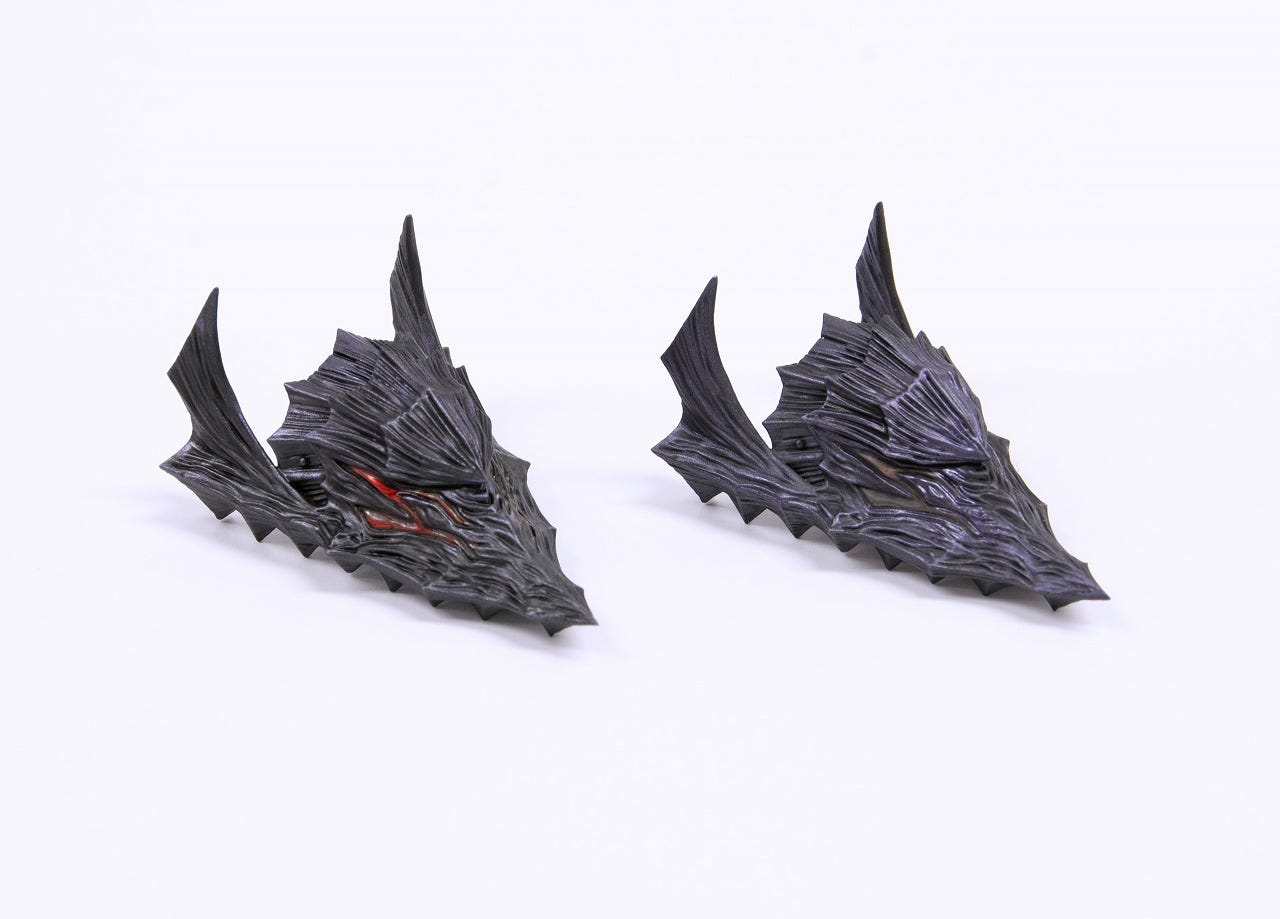 An additional head part (right) that utilizes translucent parts for the eyes is included too.

This setup allows you to install a Milight LED in the head part to display them glowing. 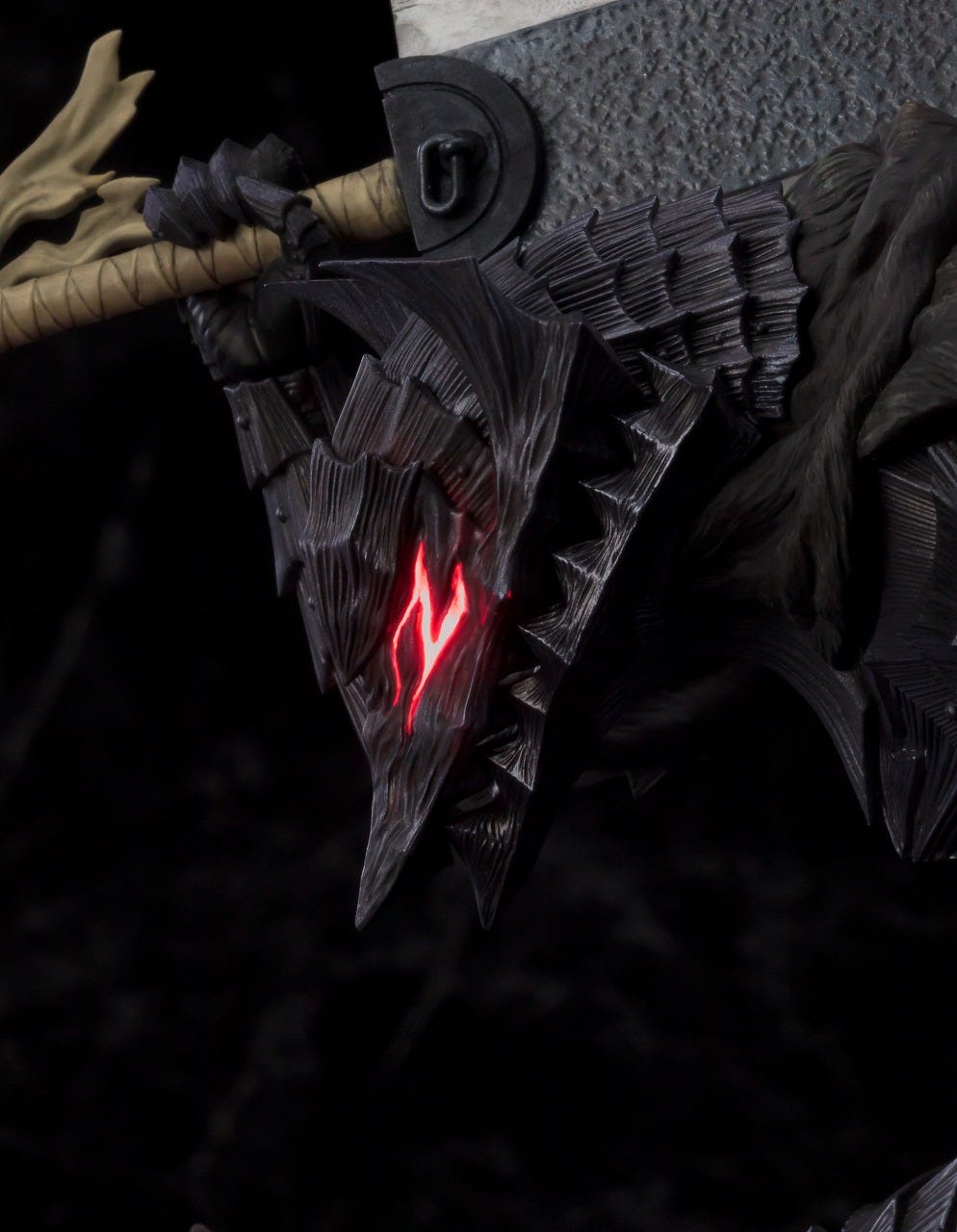 ▲These glowing red eyes really power up that atmosphere of berserker rage!

*Please note that the Milight 316R (released by: Hiromi Sangyo) is not included in the product.

Thanks for reading about our new POP UP PARADE Guts (Berserker Armor) L figure!

The figure is up for preorder now, so be sure to take a look!

We’ve also made a short introduction video for the figure, so be sure to take a look!

Preorders for many products at the GOODSMILE ONLINE SHOP are closing soon! Here are the products closing the 16th June 2022 (Thu) at 12:00JST!

Preorders for many products at the GOODSMILE ONLINE SHOP US are closing soon! Here are the products closing the 16th June 2022 (Thu) at 12:00JST!