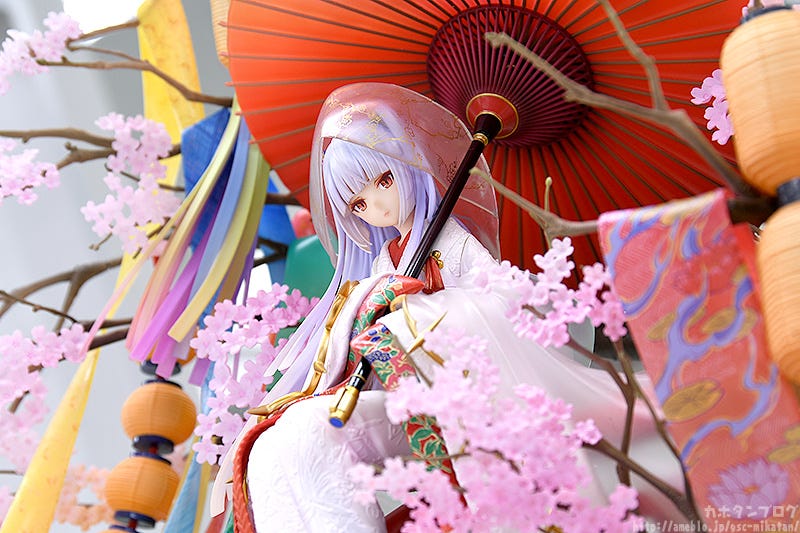 A world of beautiful colors like a fantastic illusion. 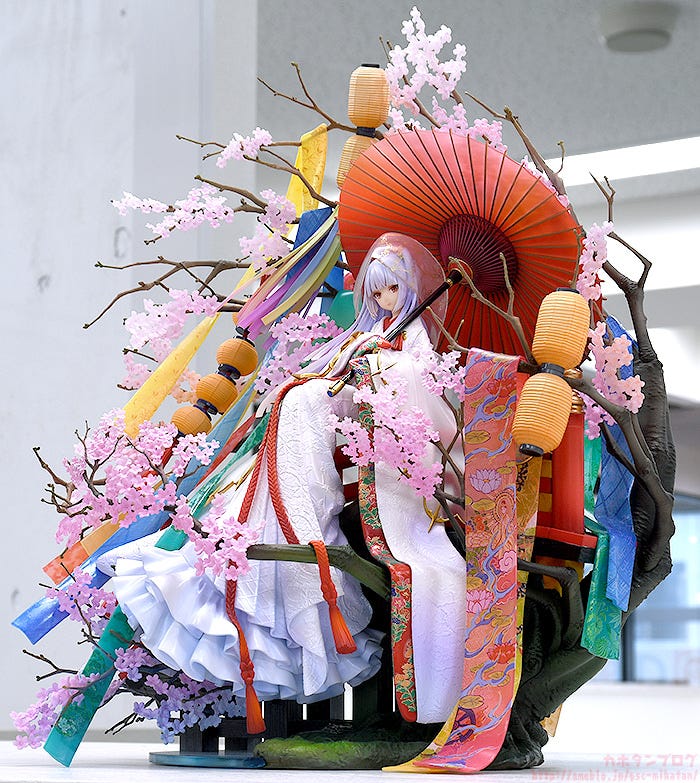 The second figure in the Illustration Revelation series is a figure recreation fuzichoco’s illustration “The Ghost Bride” used as the main visual for her 2020 exhibition “Saigenkyo”. The illustration, featuring a beautiful bride from realm beyond our own dressed in a luxurious kimono and surrounded by tanmono fabric draped from a tree, has been carefully captured in figure form. With an incredible level of detail from top to bottom, we invite you to view and enjoy this awe-inspiring figure from every angle.

fuzichoco’s original illustration has been perfectly captured in figure form! 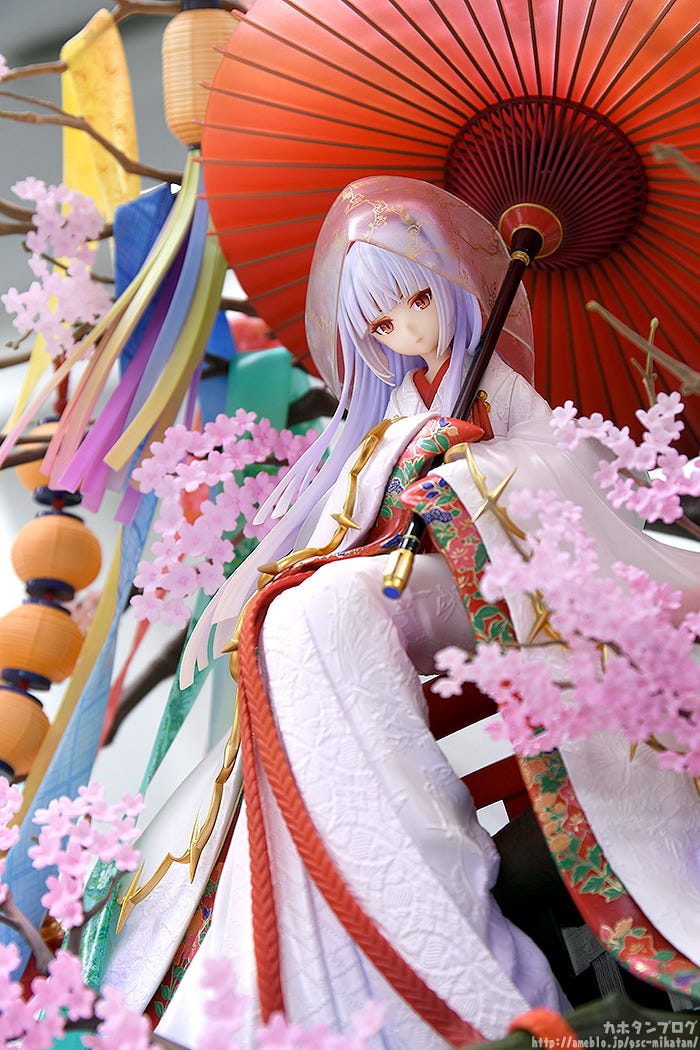 The pattern on her kimono is sculpted, giving it an absolutely gorgeous appearance! 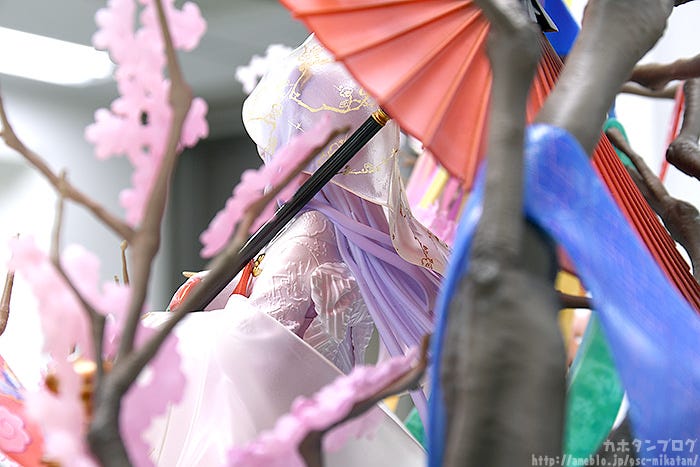 ▲ Even areas that you can’t normally see, like the obi belt tied at her back, have been faithfully created in figure form.

Even the scenery surrounding her hasn’t been forgotten. The tanmono fabric and lanterns hanging from the cherry blossom tree behind her have all been recreated. 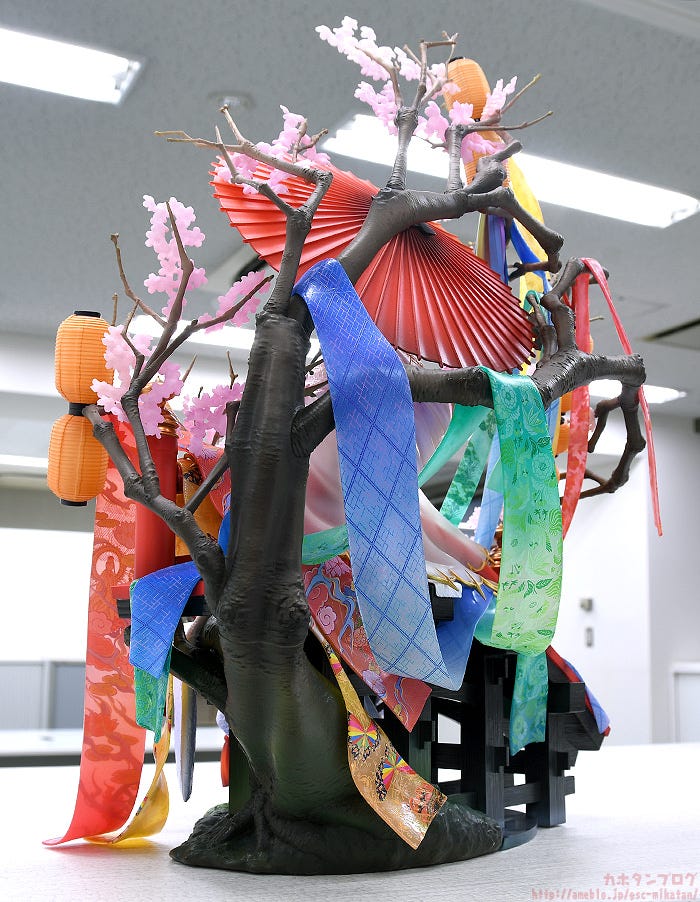 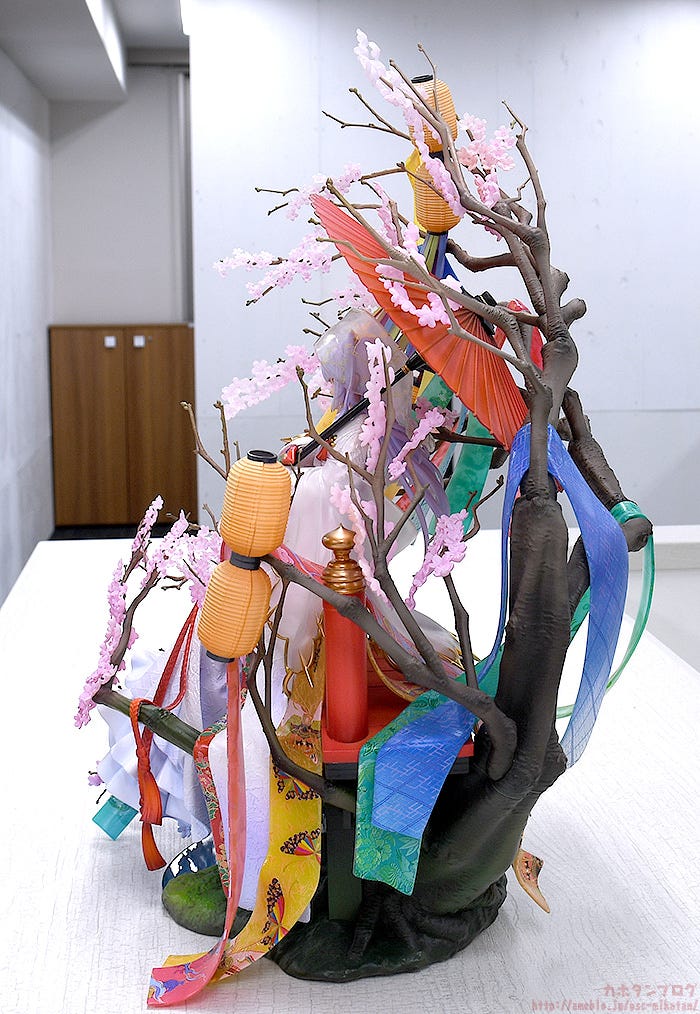 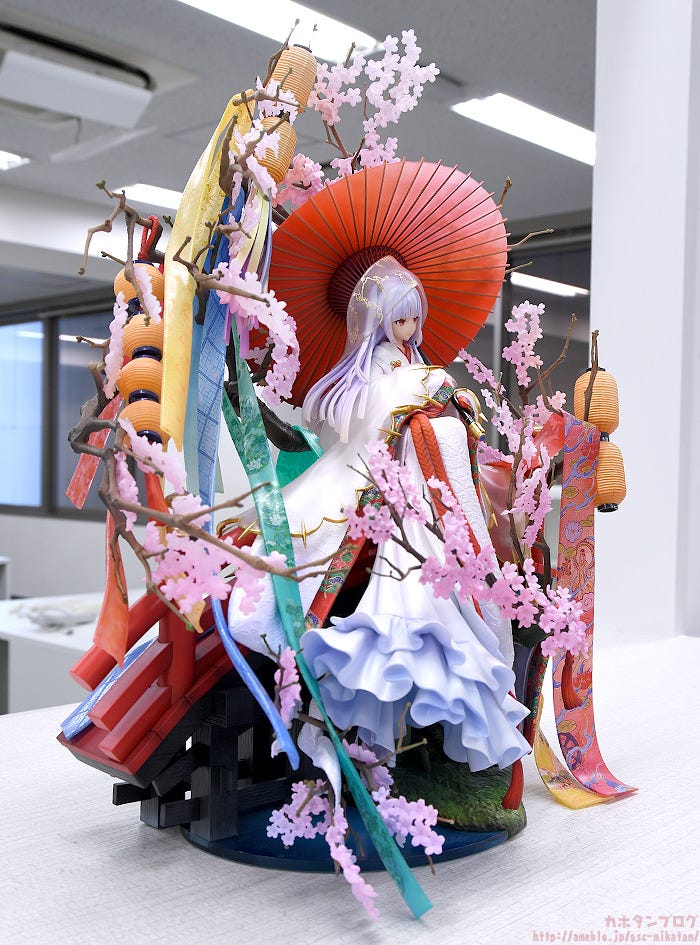 ▲ The figure captures the whole scene from the illustration!

This item is the second in a Good Smile Company’s “Illustration Revelation” figure series. 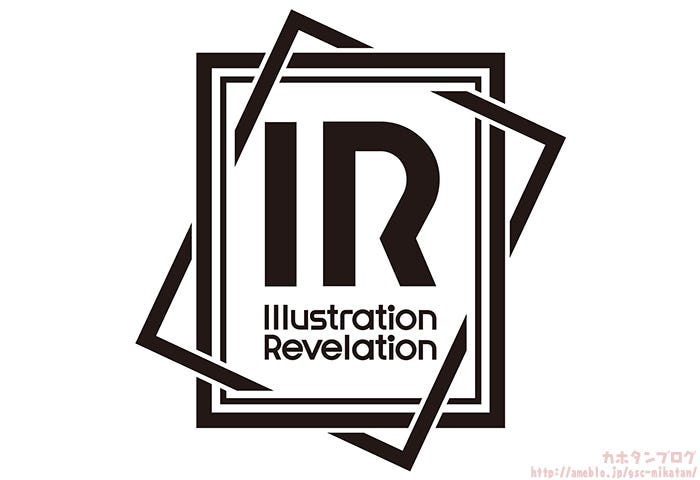 The new Illustration Revelation figure series revolves around the three-dimensional transformation of two-dimensional illustrations, with the fine details and captivating atmosphere of the works of talented illustrators reconstructed in 3D form by skilled sculptors, thus taking the charm and uniqueness of such original artworks to brand new heights. Enjoy a new hobby experience that provides a glimpse at the very core of figure creation with stunning 3D transformations of 2D art.

Let’s get back to this figure! 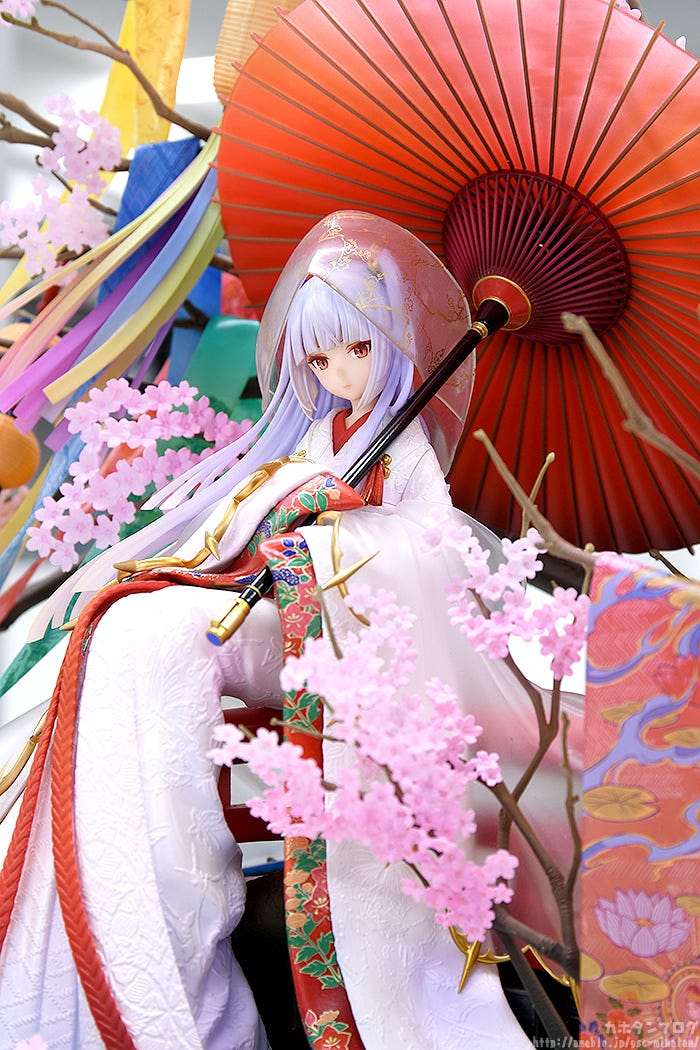 This figure has been produced as a non-scale figure, but in order to full capture the original illustration in 3D, the figure is an astounding 370mm in height. 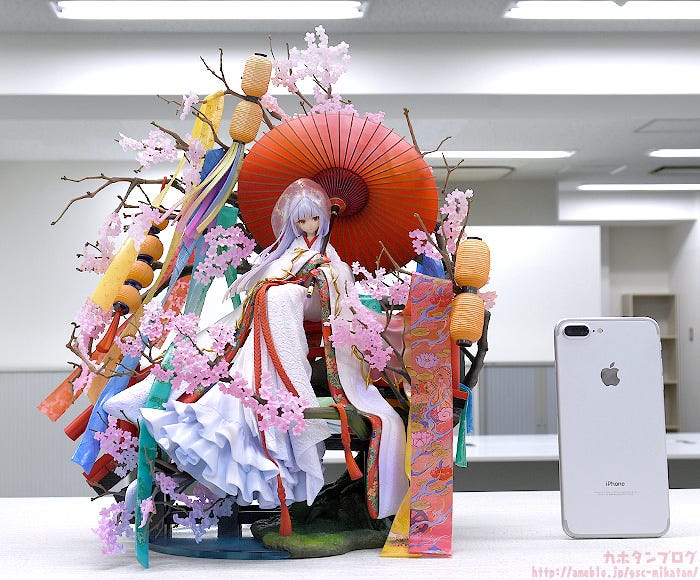 ▲ Here it is next to an iPhone 7 Plus for reference!

Even parts that can’t be seen from the front angle have all been created in spectacular detail, so be sure to take a look from all angles when you take her home! 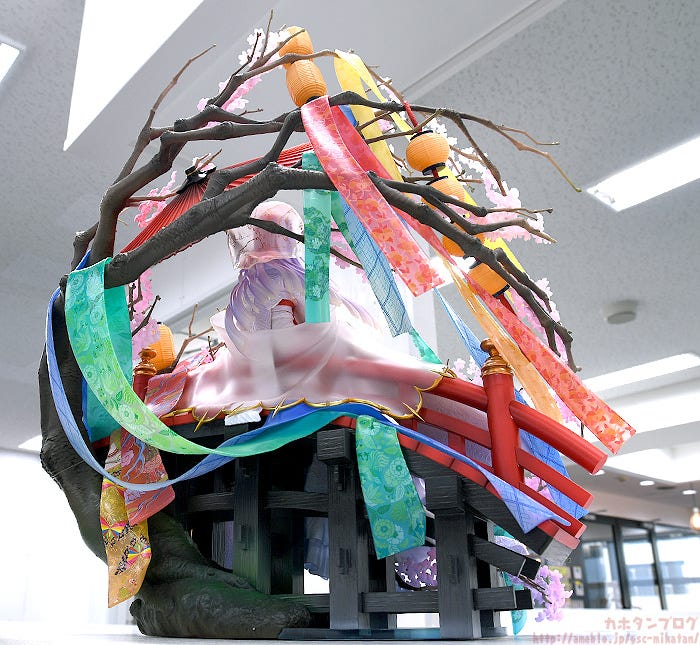 (The support pillars of the bridge and tanmono fabrics draped over it all extend down far below the figure itself, creating an incredible overall atmosphere and sense of space!) 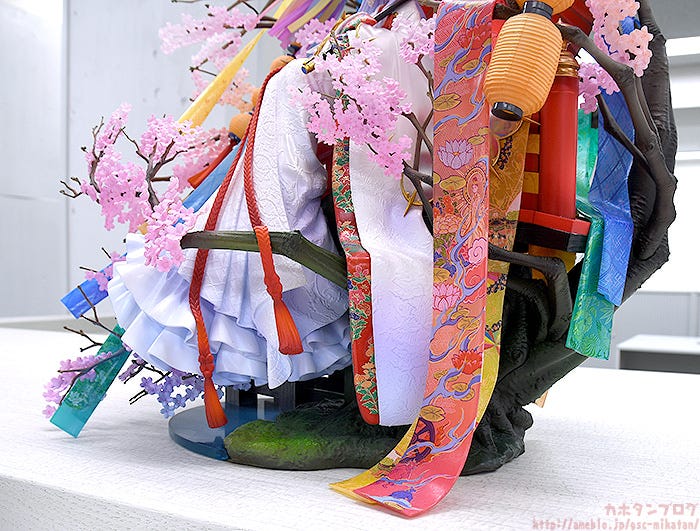 ▲ Take a look at the blue gradation on the bottom of her kimono and on the cherry blossoms near the bottom of the figure! This gradation represents the reflection of the blue water beneath.

I generally don’t take photos of figures from the bottom angle, but I also want to show you how the silhouettes of the cherry blossoms above are visible through her translucent umbrella! This is one of my favorite shots. 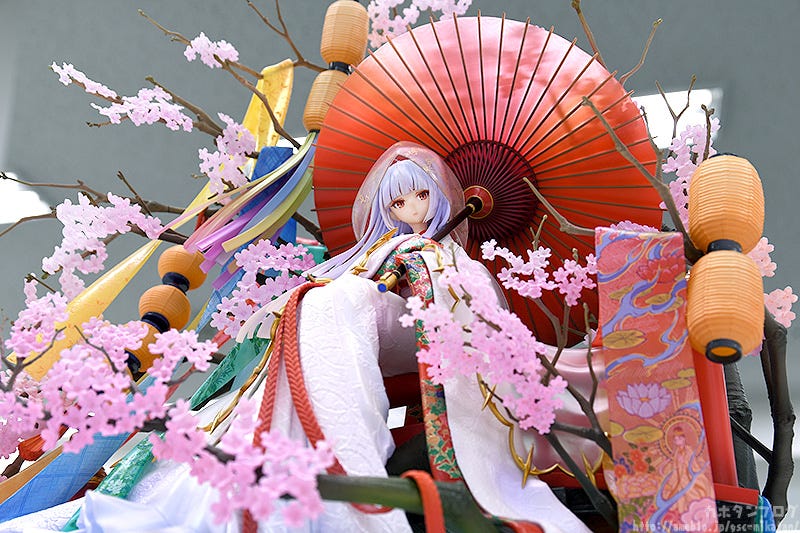 ▲ The biggest advantage of figures is being able to enjoy them from all 360 degrees! 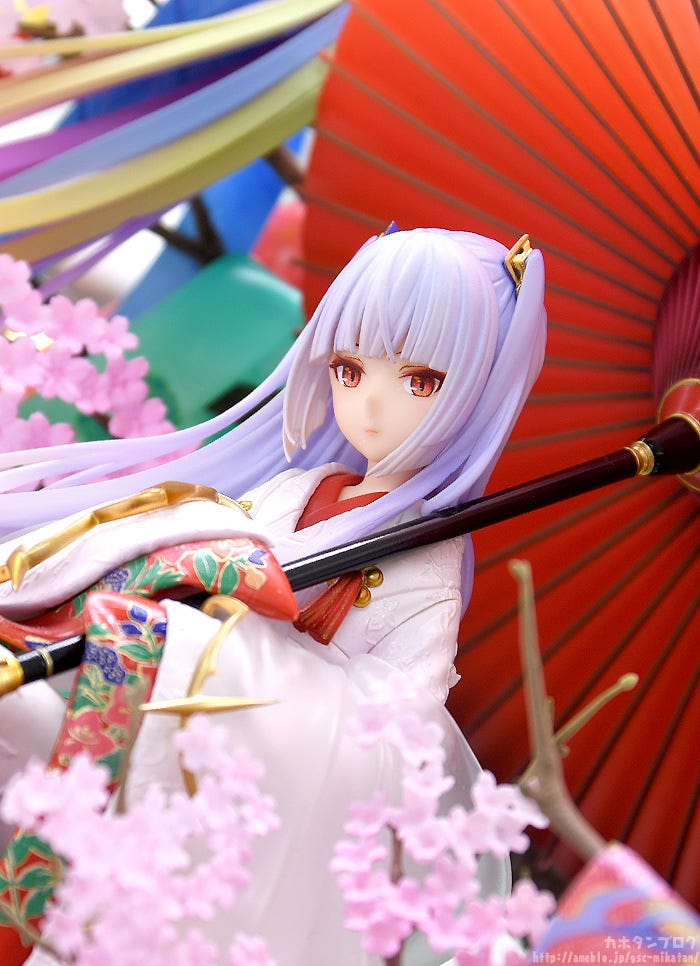 Her wataboshi hat created with transparent parts can be removed, allowing you to display her with it on or off! 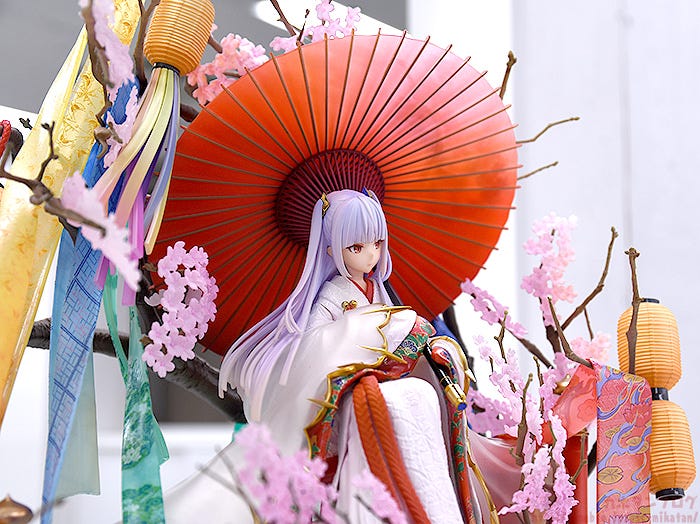 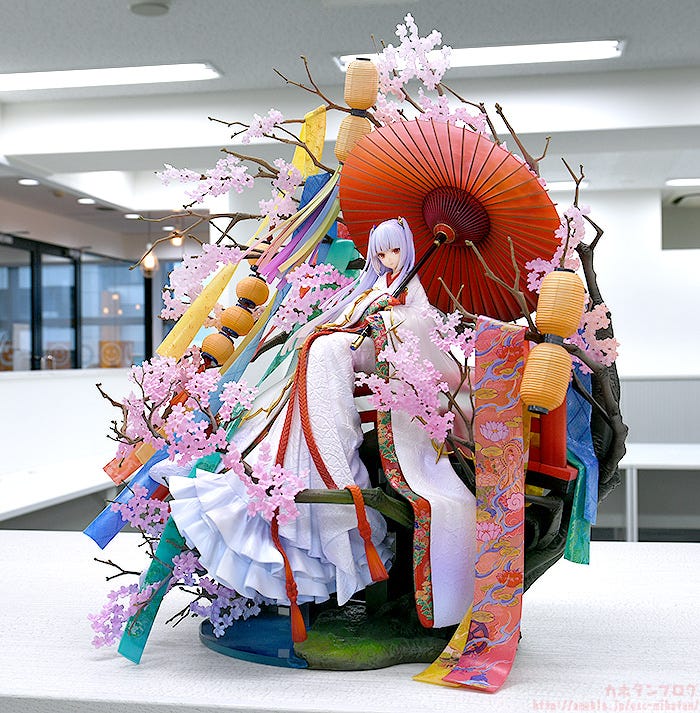 ▲ The Ghost Bride’s charm has been newly recreated in incredible 3D form. Be sure to add her to your collection! 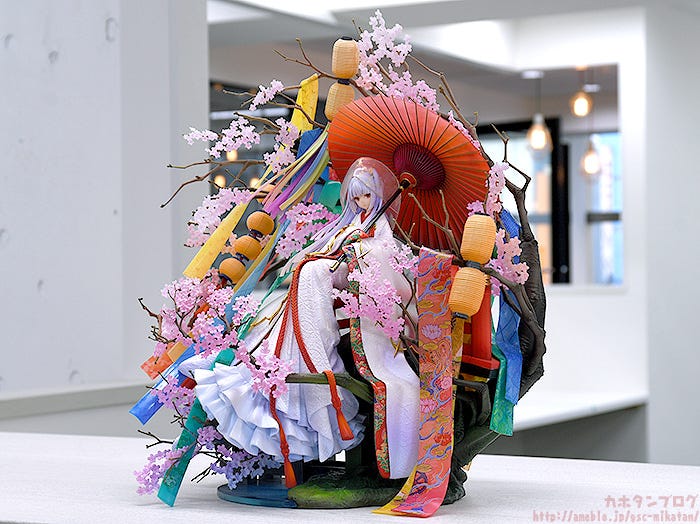 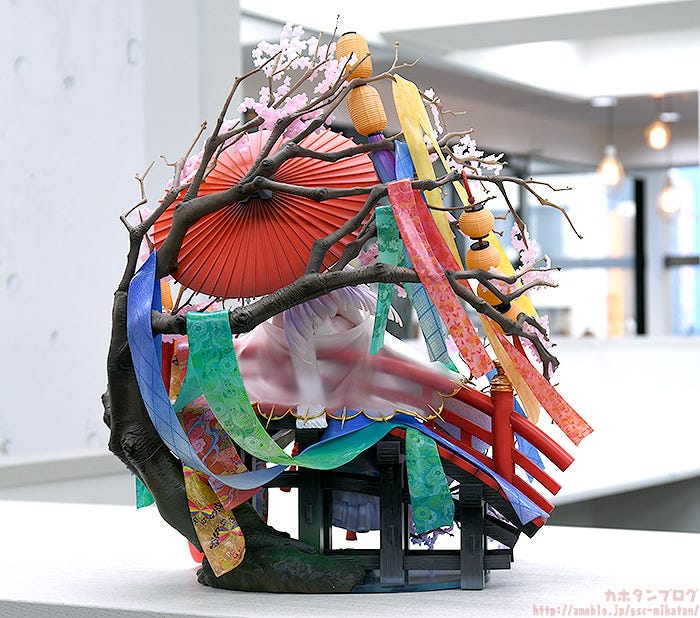 Available for preorder from the 17th of March.