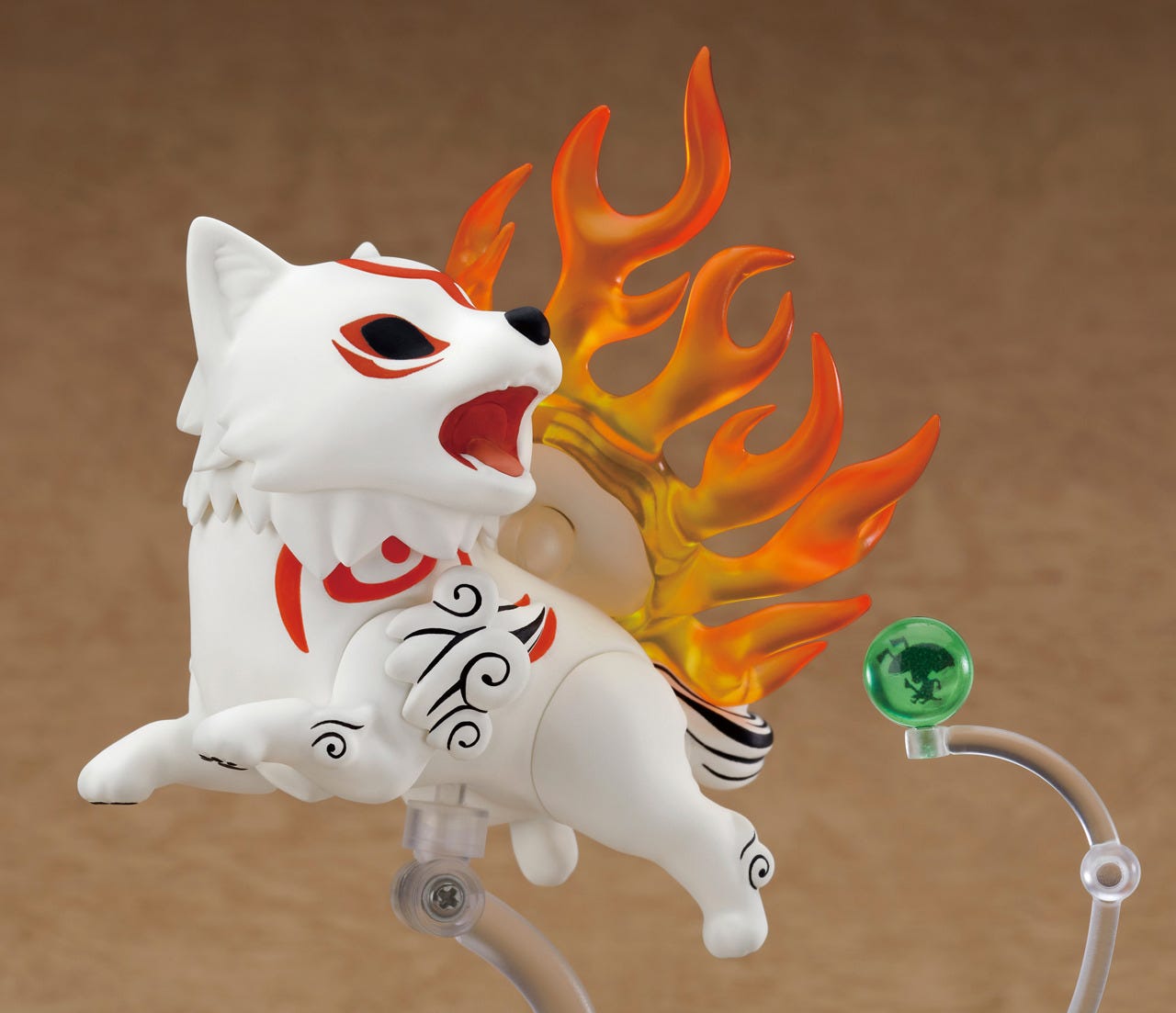 Today I’ll be taking a look at Nendoroid Amaterasu, which went up for preorder today! Have to checked out the product page yet?

Out of all of the Nendoroids released so far (and excluding some exceptions like Mickey Mouse or Isabelle), Amaterasu might be the first animal Nendoroid….!?

Nendoroid Amaterasu comes in both standard and DX versions! 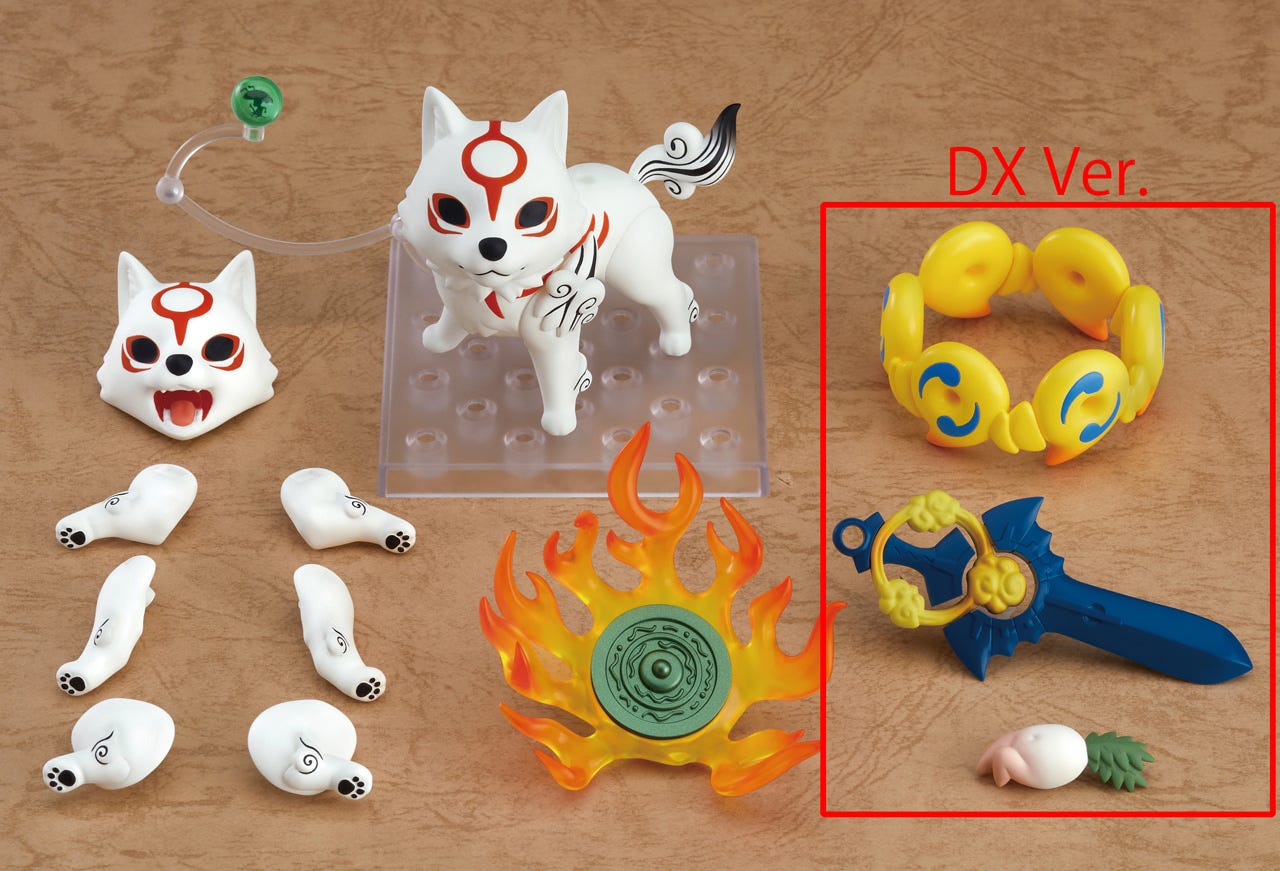 For today’s blog, I was able to ask the sculptor of the figure, Masu, a few questions about the process!

What were the difficult parts about sculpting an animal Nendoroid?

Masu: Most of all I’d say the most difficult thing was getting the general balance right!

For example, when you look at Amaterasu’s model in-game and illustrations, Amaterasu’s neck and shoulders are fairly sturdy and tough, while her head is quite small. When I was sculpting her to match standard human-like Nendoroid proportions, I seemed to run into a lot of issues and had to start over a lot. Getting the side-silhouette was also much more important this time compared to standard Nendoroids, so being able to figure out how to incorporate both the character’s familiar looks and the Nendoroid style was a substantial challenge.

▲On the left is the original Nendoroid illustration. The middle panel shows the initial prototype and the right panel is the final product. You can see all kinds of small changes, such as the eye shape change, from the prototype to the final product.

Getting the balance right was certainly an arduous process of trial and error.

I think one of the most challenging parts I remember was getting the snout correct.

Dogs, wolves, bears, cats and foxes all have similar snouts but are just slightly different, so it was all too easy to make her look like a completely animal altogether when adjusting the snout of the Nendoroid.

In the end, we settled on using a puppy’s snout as a reference for the Nendoroid. 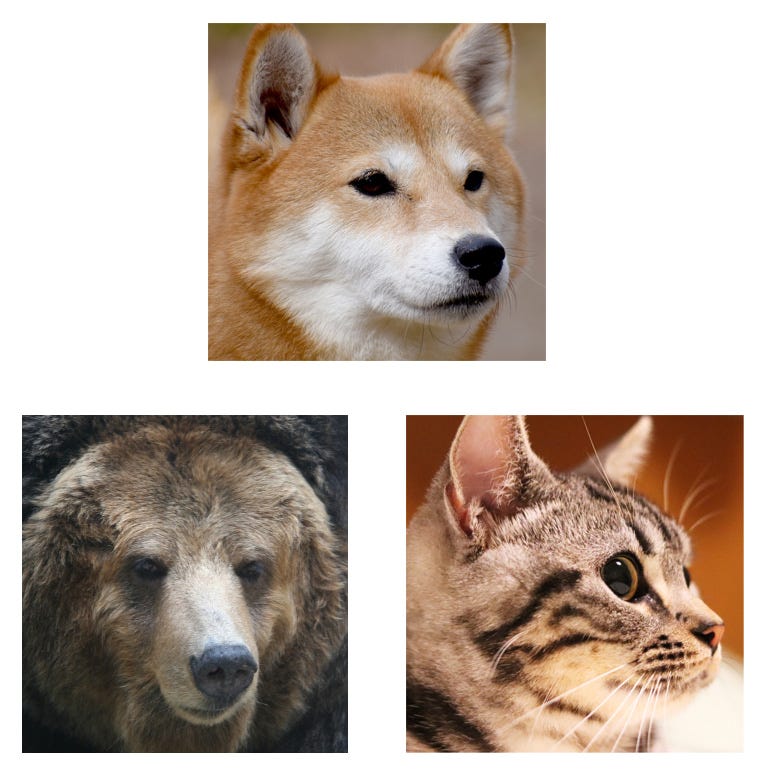 ▲Similar but different, different but similar… sculpting animals is quite difficult!

–What was the most fun part of the project?

Masu: It was really exciting right around the time the first prototype was coming together.

Even only part of the way through the process when we were refining the shape and figuring out how to handle articulation, it was very fun to play with the Nendoroid.

Being able to cooperate with Hiroshi Yuasa (Max Factory), who sculpted the initial prototype we first showed at WonFes, and Taizou was also a fun part of the project.

We also received a ton of ideas from character designer Kenichiro Yoshimura throughout the process, so I think we were able to create something that fans of the game will really enjoy. 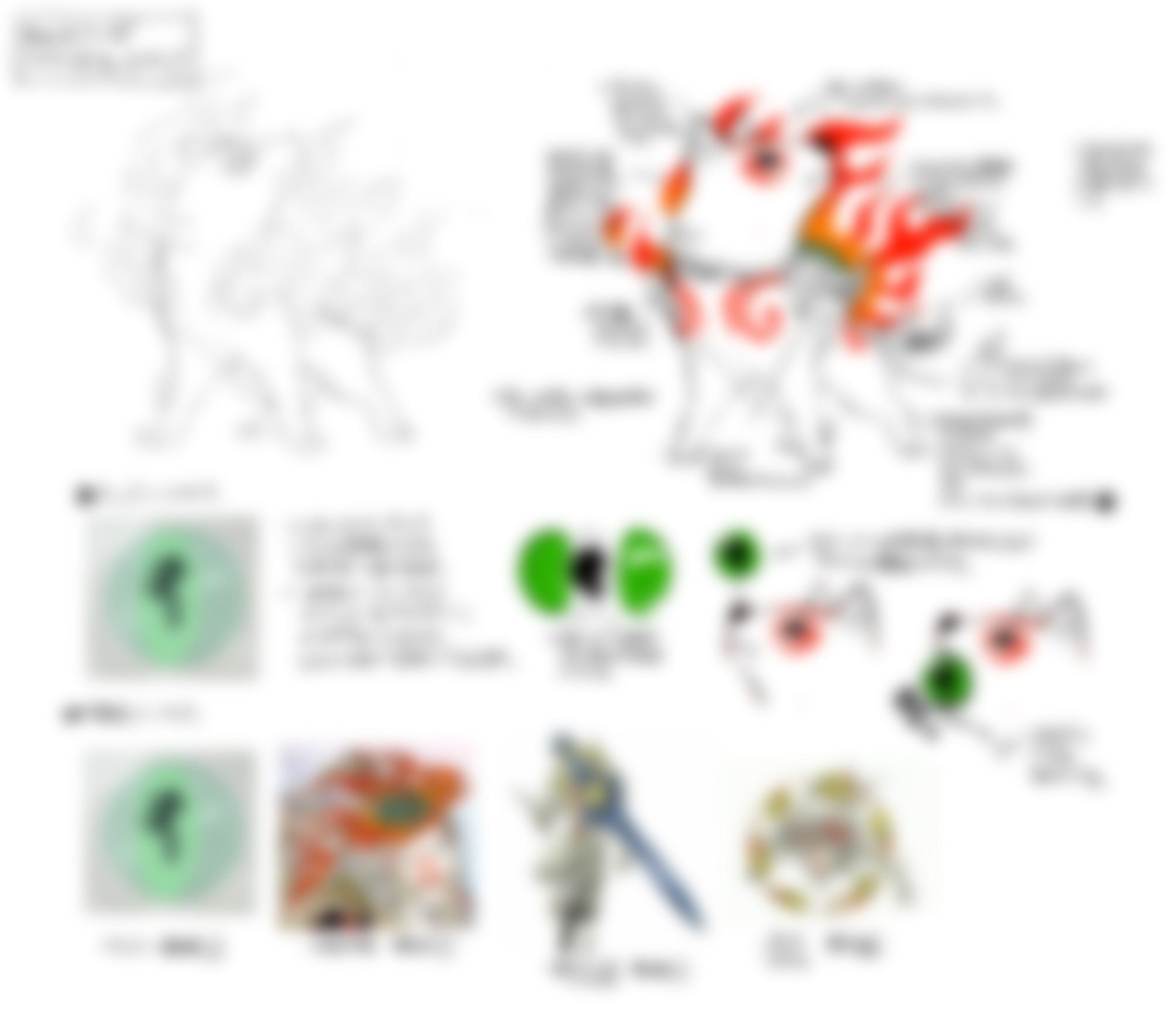 ▲Just some of Kenichiro Yoshimura’s notes on the figure.

Yes! This time we were able to tag-team with Kenichiro Yoshimura, character designer for Okami, in order to create the Nendoroid.

From the original illustration, to the prototype, to the painted prototype phase, he was there every step of the way supervising the process and giving us ideas.

If you’re interested in seeing the kind of documents and notes we received from Mr. Yoshimura, check out the special site here!

–Are there any parts of the figure you want to highlight for us from a sculpting standpoint?

For example, I personally love how some dogs will scratch their ears with their back legs. Of course, in order to perfectly create poses like that, we would have needed to make leg parts for that specific purpose, so we tried to maximize the versatility of each leg part in regards to posing in order to keep from having to make too many parts. 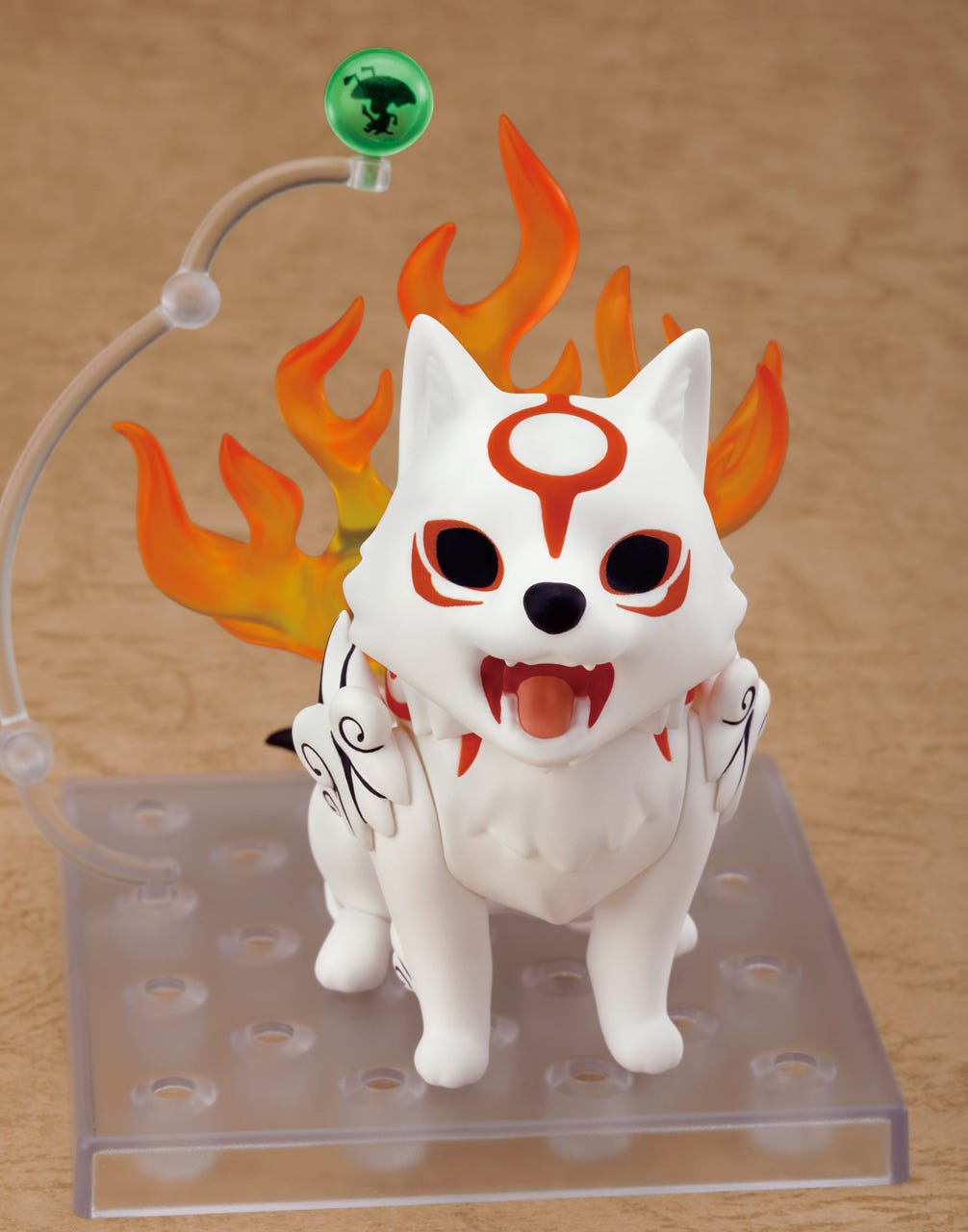 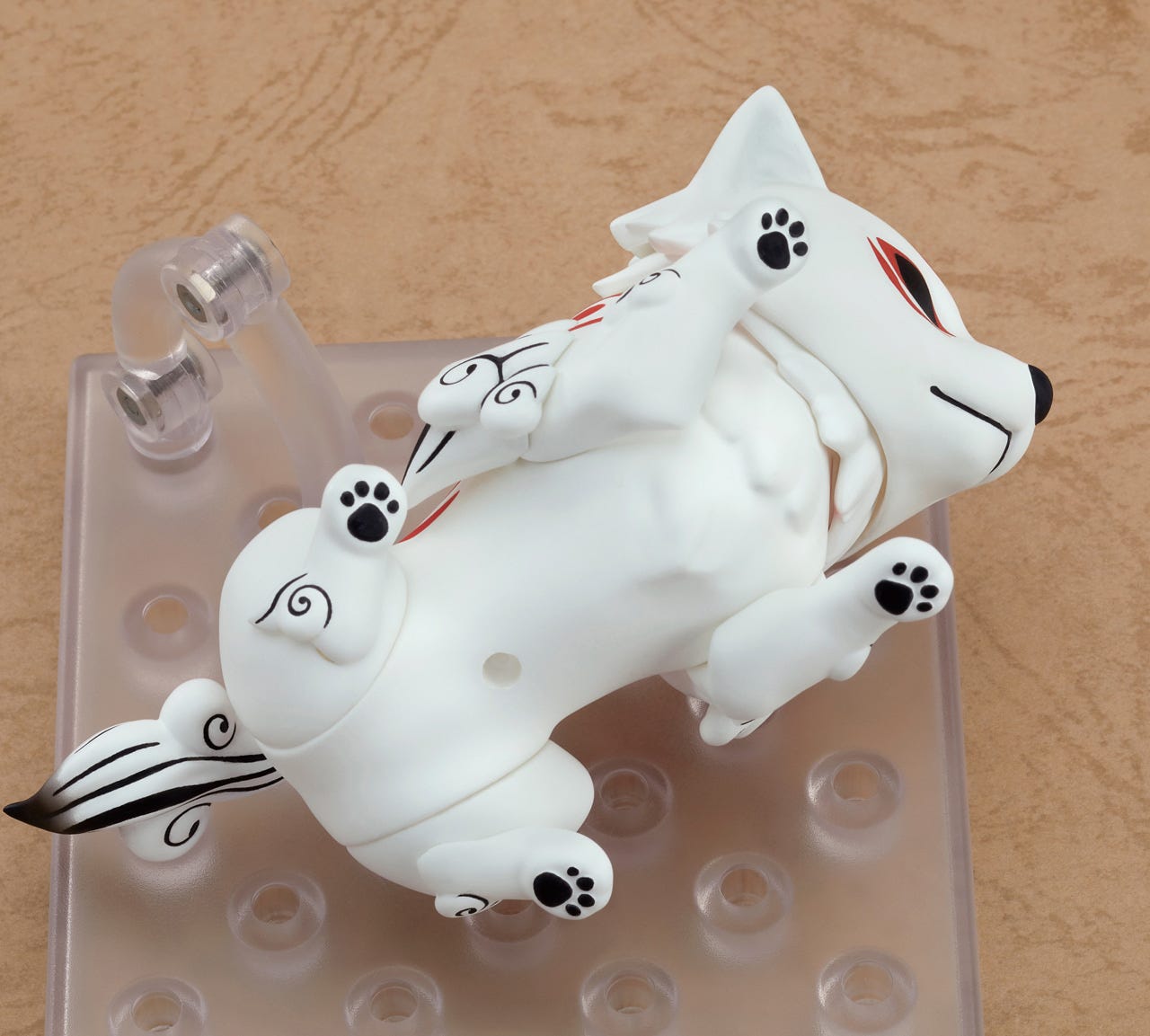 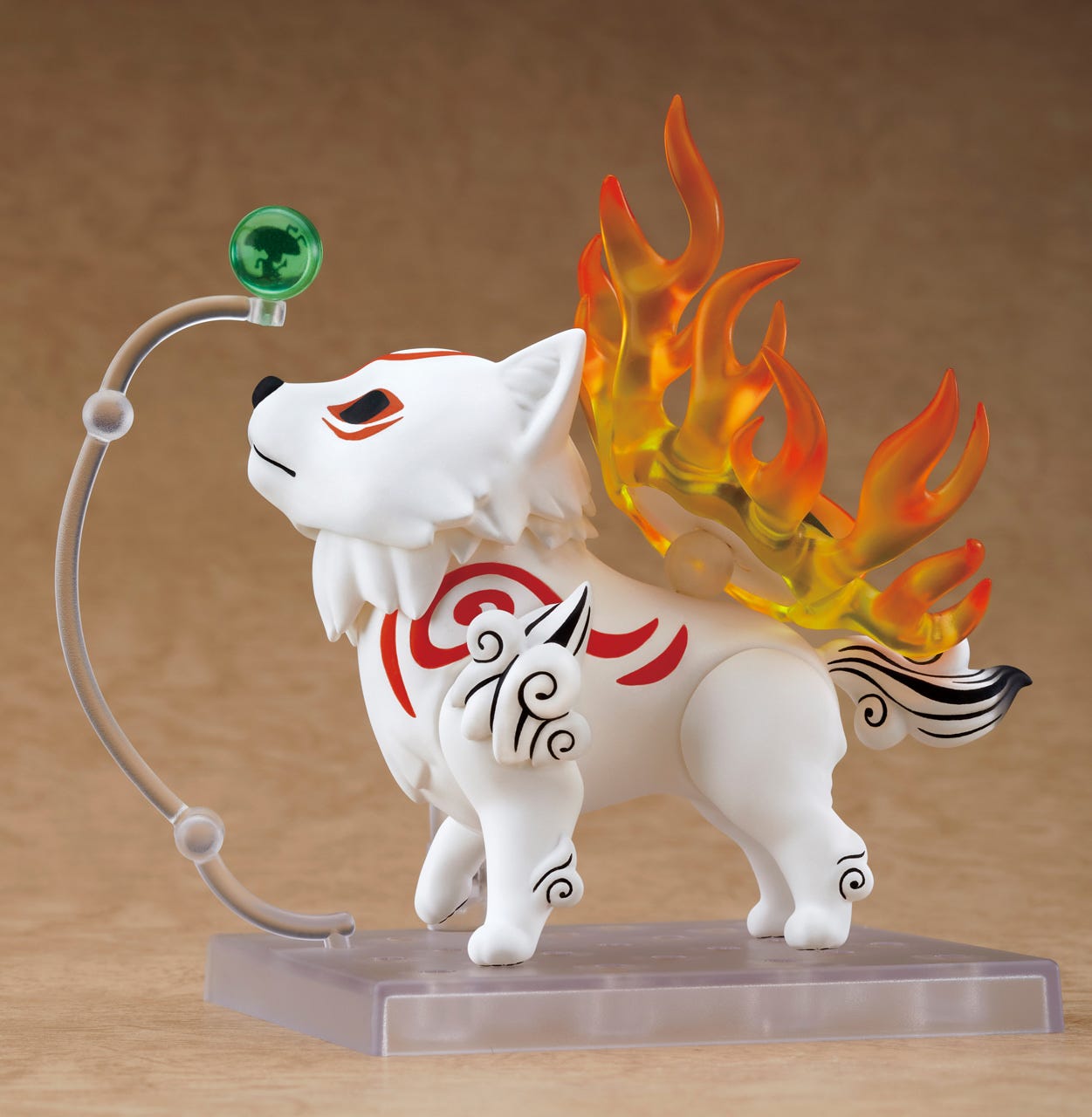 ▲Three kinds of front legs and two kinds of back legs allow you to make all kinds of poses!

We hope you enjoy creating all kinds of poses when you take her home!

Thank you for your comments, Masu!

Let’s take a quick look at what else is included with the Nendoroid. 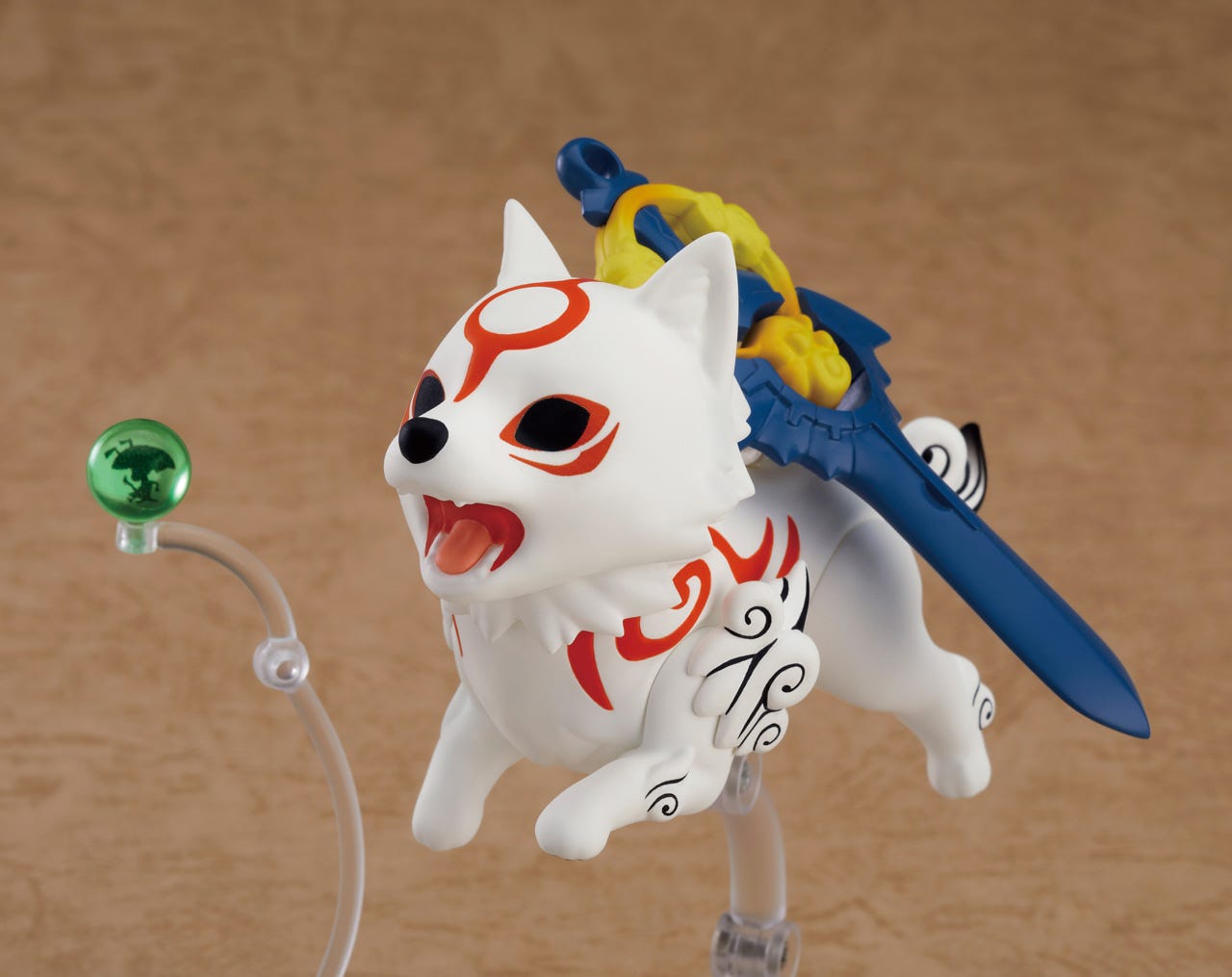 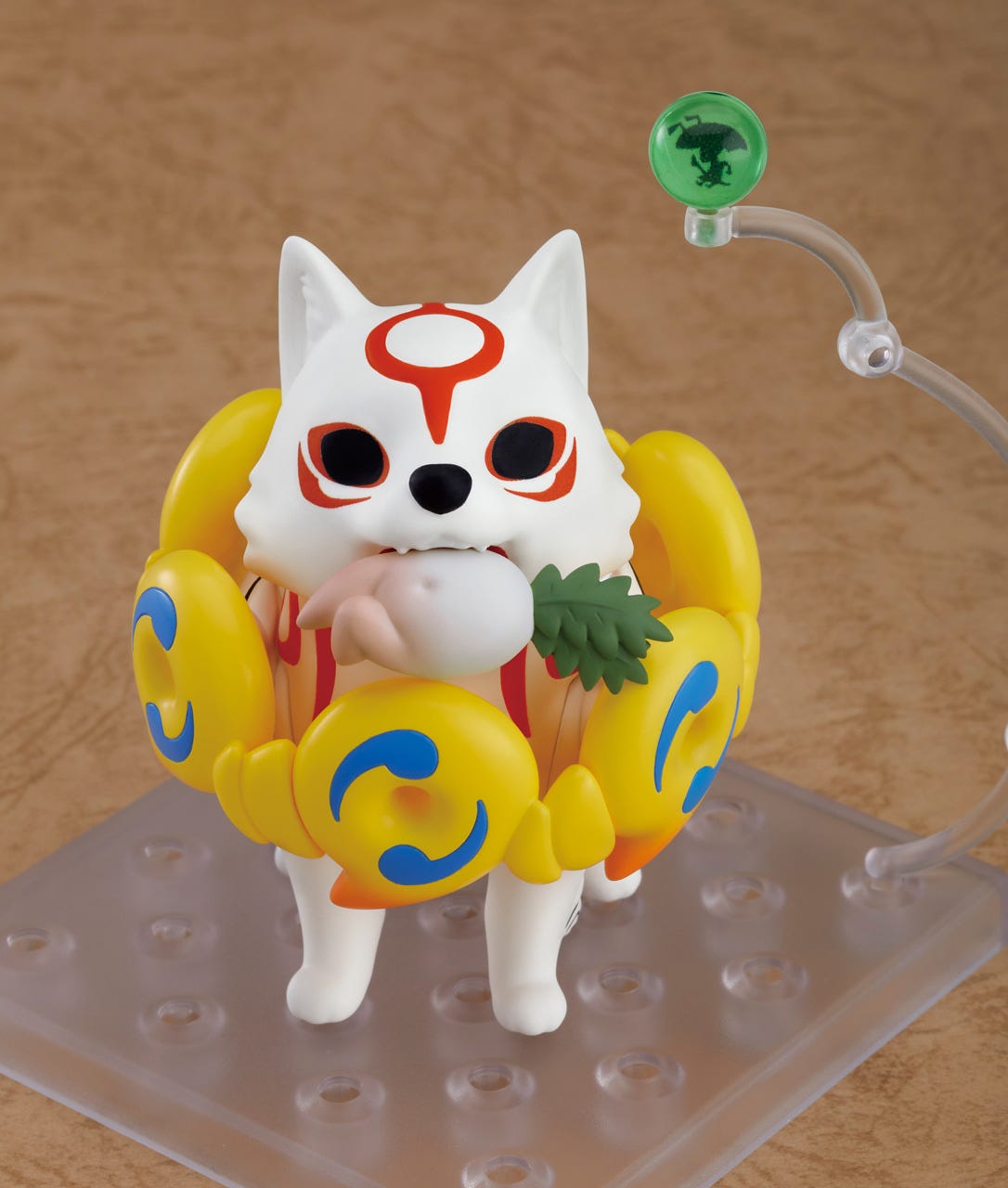 An open-mouth face part, Issun and Divine Retribution are included, while the DX version also comes with the Devout Beads, Tsumugari and the Oddly Shaped Turnip. 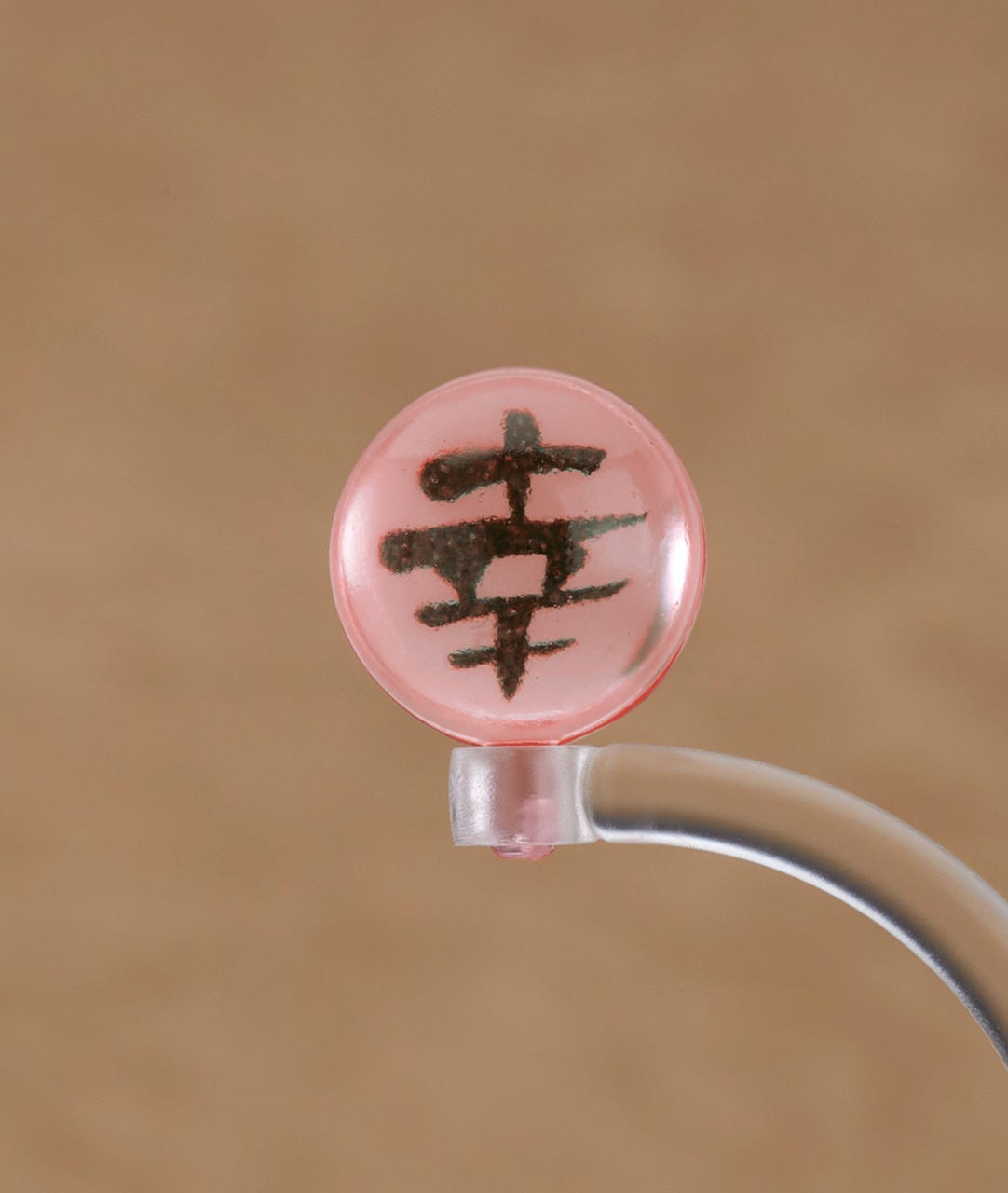 Be sure to check out the video on the product page and the special site for more info about the figure!

We also received a special illustration by Kenichiro Yoshimura to celebrate the making of the figure! (So cute!!!!) 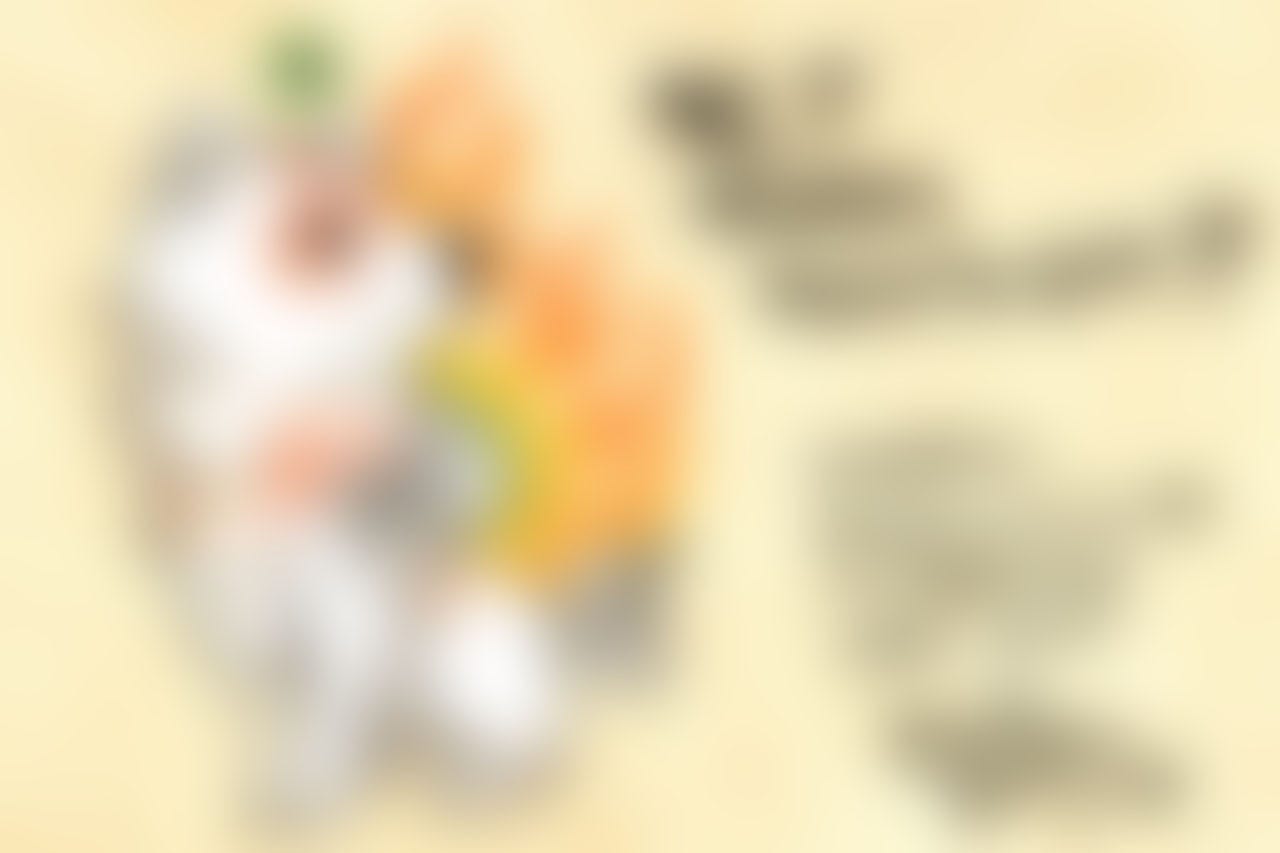 ▲Take a look at the special site to see the illustration!

©CAPCOM. LICENSED FOR USE BY GOOD SMILE CONNECT, LLC.