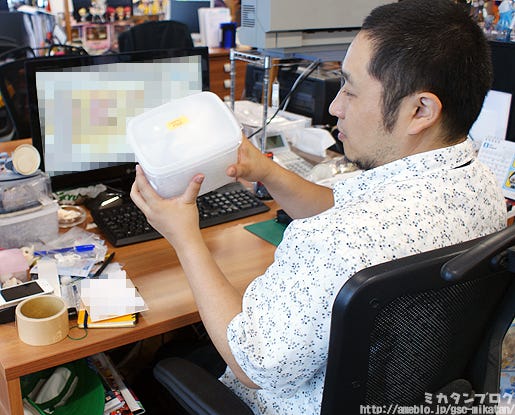 Is that a prototype you’re holding there!?
With all the prototypes touring around Japan I was worried I wouldn’t have anything to put on the blog, but I knew that if I wandered about the offices for long enough I would find something! I get the feeling it’s currently being used for work, but I’ll just be borrowing it for a second! :P 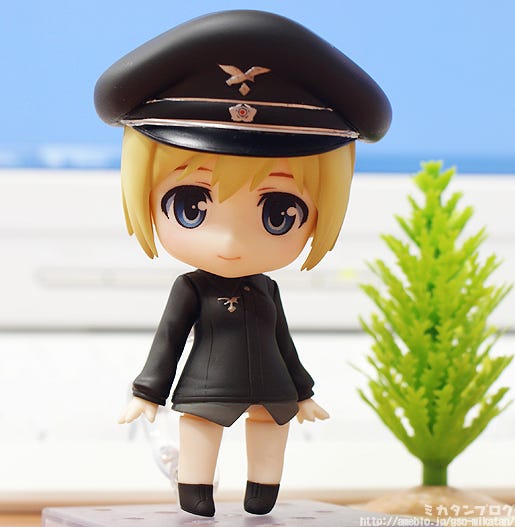 From the hit anime series ‘Strike Witches’ comes the 6th Nendoroid from the series – the super ace of the 501st Joint Fighter Wing, Erica Hartmann. As with the previous Strike Witches Nendoroids, she comes with a variety of optional parts to recreate your favorite scenes, including air combat scenes! 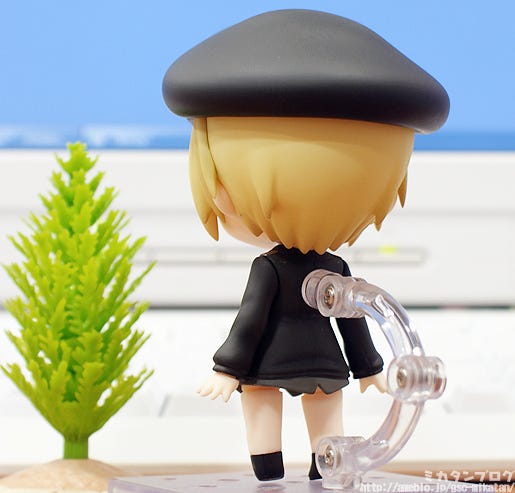 Erica uses the same type of stand as Gertrud Barkhorn which makes it easy to make aerial poses. She also comes with the horizontal adapter for posing her flying horizontally!

The base of the stand also includes the 501st Joint Fighter Wing logo just like the previous Strike Witches Nendoroids. (This isn’t visible on the prototype, but will be on the final product.) 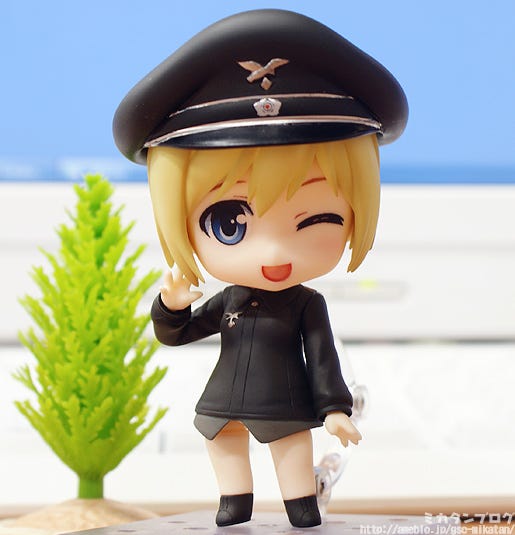 You can pose saluting by using the included bent arm! If you want to recreate the scene more precisely you’ll need to make use of Lucchini’s pants parts! :P 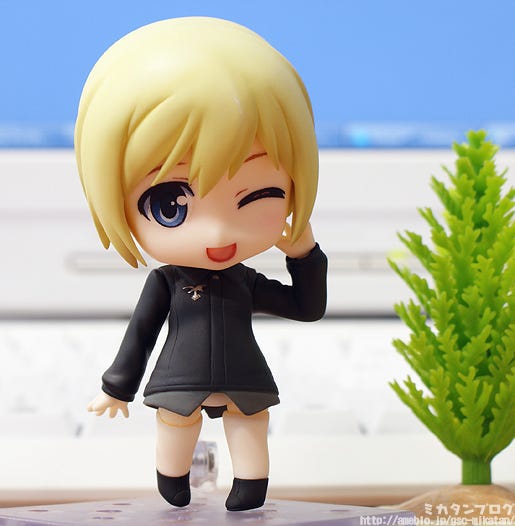 If you use the same bent arm backwards, you can create this sexy pose! The winking expression is great for all sorts of different scenes. Her hat can of course also be removed! 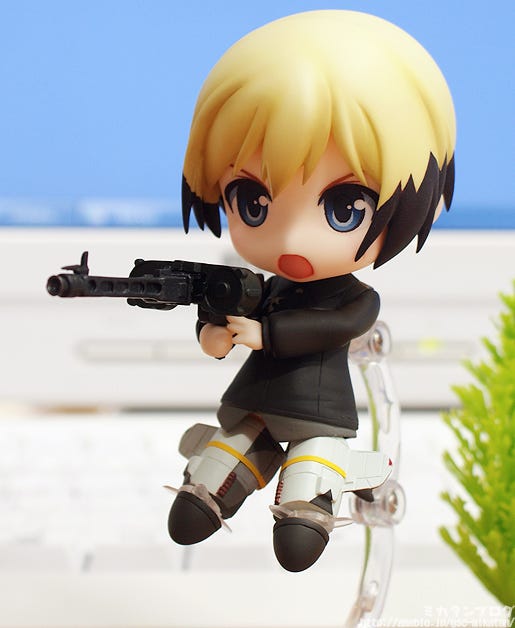 Posed with her Strike Unit attached!

Erica is well known to be a super efficient and strategic flier when it comes to aerial combat – she has taken down over 200 opponents! She holds her MG42 with a specially included arm and hand parts to do so!

She also comes with an expression for combat!
Plus we can’t forget the included tail and alternate fringe parts to recreate her Dachshund ears! They’re so very cute! 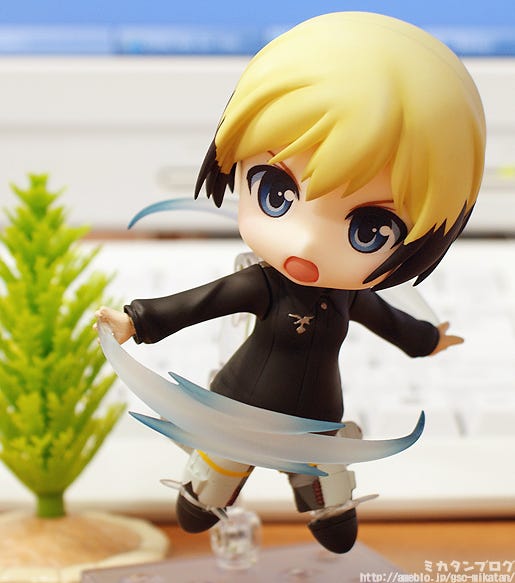 Erica spins her body around to create powerful waves of wind, and the technique can even be recreated in Nendoroid form! She comes with partially clear effect parts, along with special arms to pose her just like this! She looks life she could defeat anybody in the skies with this attack!

She’ll be up for preorder from the 9th August!
If you have any sales or preorder inquiries, be sure to contact our partner shops!