Don’t you feel sorry for her…? 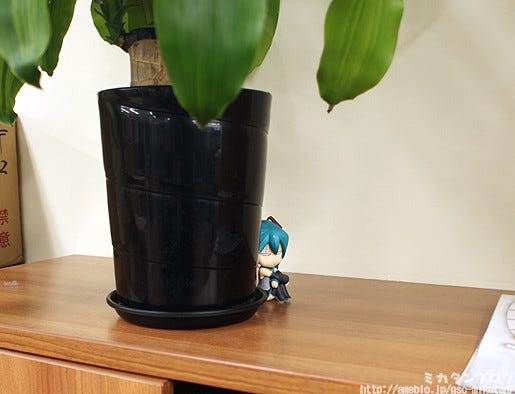 Seeing her sitting all bunched up behind the pot-plant…. I feel like I can really relate!

I might appear to be somewhat energetic online, but most of the time I feel more like this. When people meet me I’ve often been told that I’m not how they imagined me from reading the blog… :( 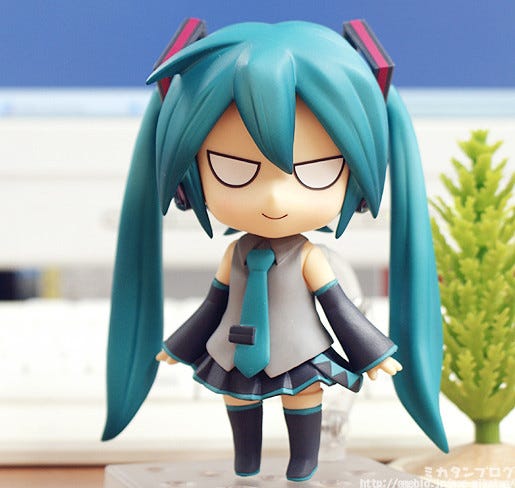 But anyway, today we’ll be playing with this lovely Nendoroid!

She comes with a total of three different expressions, as well as a mike stand, baseball and a paper-craft cardboard box to allow you to create all sorts of scenes from the series! 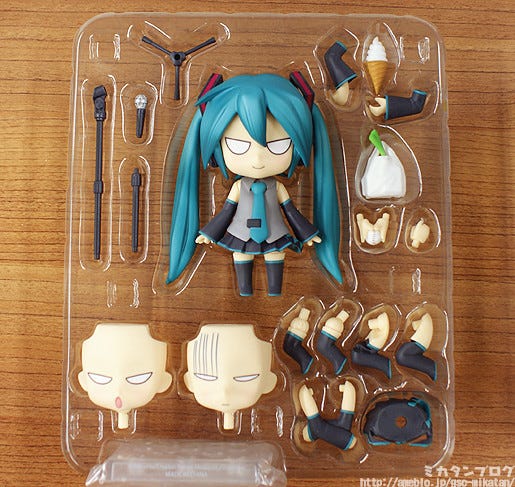 You can see there are a load of extra parts for all sorts of interesting poses!

Plus, between the inner cardboard of the box, you’ll find a papercraft cardboard box!

It’s quite easy to miss if you’re not looking out for it, so be careful not to forget about it! 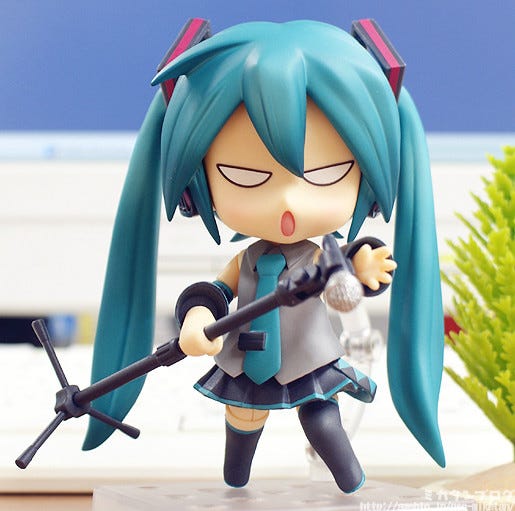 The ‘achop’ face and mike stand!

When ever I say the word ‘achop’, I can’t help but think of the scene where she catches the baseball with both hands and shouts it out – that scene can also be made with the Nendoroid!

The mike stand can either be held in her hand like above, or instead just placed on the floor. You can even adjust the height of the mike, so just adjust it to the height you think suits her best! 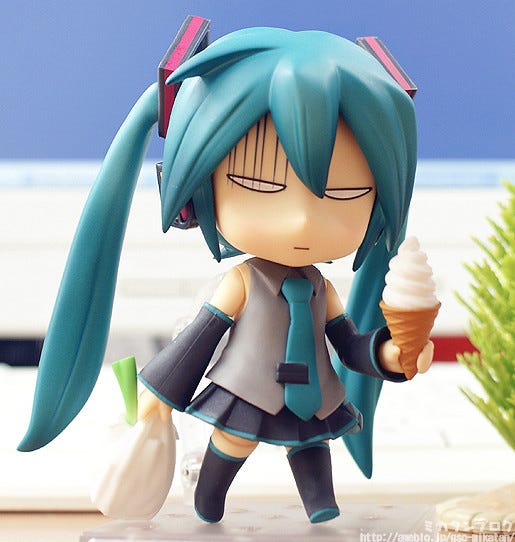 My favorite, the gloomy expression!

I can really relate to this expression :P.
Such a lovely expression! I can’t wait to try it out on some other characters…

She also comes with a shopping bag and ice cream!
As well as extra hand parts to hold them both! 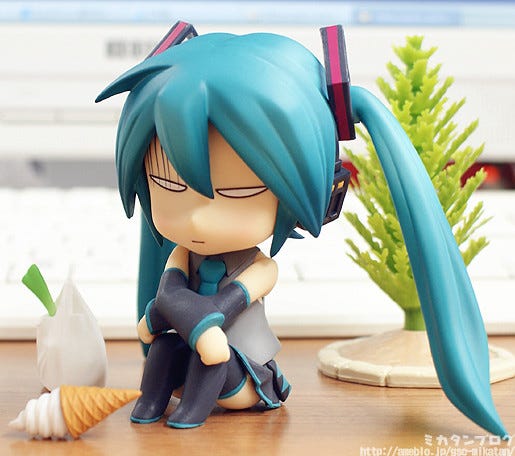 Her body is kept the same as the standing version, just the skirt, lets and hands are changed to let you pose her like this! Isn’t she just adorable…!! 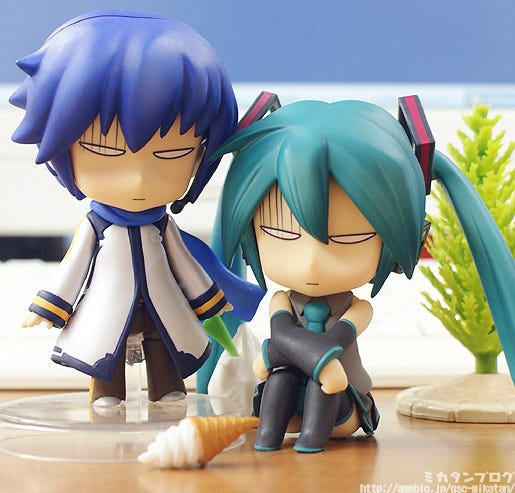 I know I did the exact same thing while reviewing the prototype… but I just feel the expression suits him too well to not do it! :P

The expression will work with most Nendoroids though, so have some fun trying it on some of your favorite characters! 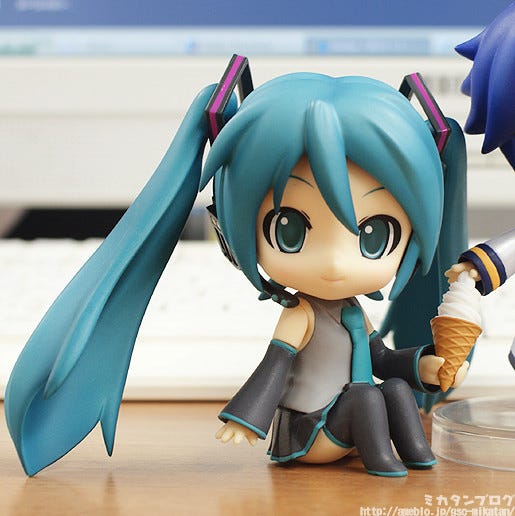 Normal Miku with the sitting parts!

This is just normal Miku’s head placed on the sitting parts and body of Shuukan Miku, allowing you to pose her sitting just as easily!

Hmm… I only just noticed those lovely thighs… I can’t be the only one who thinks they look great even as a Nendoroid, right…? 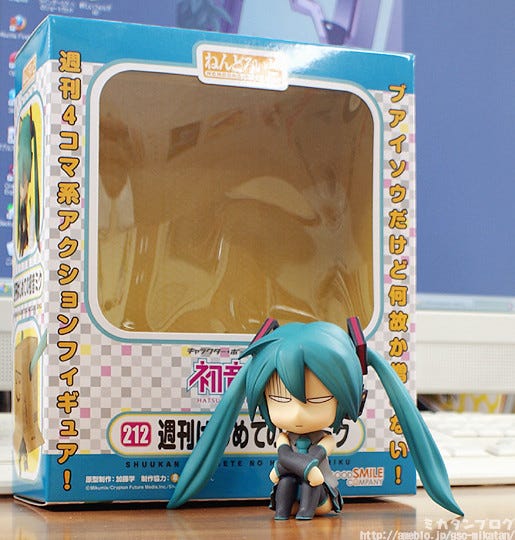 She’ll be shipping out from GSC on the 24th April! (`･ω･´)ゞ
If you have any preorder or sales queries, be sure to contact our partner shops!

– 10 Years of Good Smile Company : Nendoroids of the Past! –
There are only 14 days left until GSC turns 11 years old!
Let’s take a look at another Nendoroid of the Past! 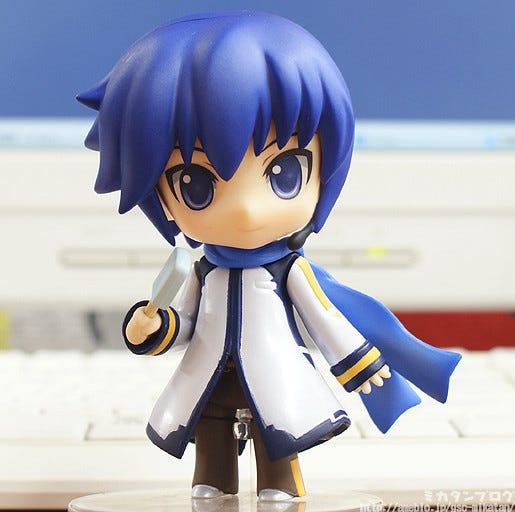 KAITO has been through two re-releases as well, once as the standard version and then again as the Cheerful Ver. The KAITO featuring in today’s blog is actually taken from Seki-sama’s desk. :P 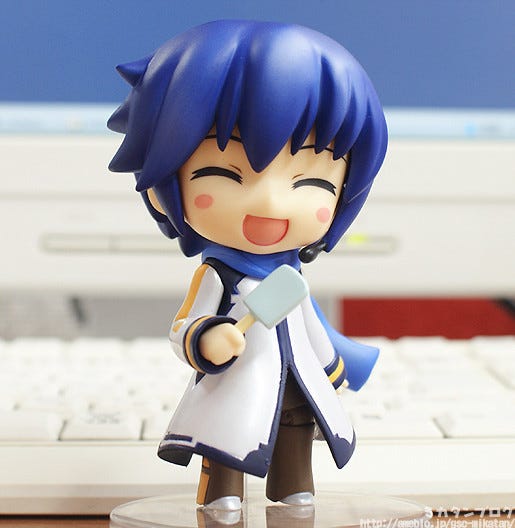 This smiling face has been really popular with fans!

He looks so very happy! The parts included with him were fairly simple as with most of the first Nendoroids, but still came with this expression, a ‘hero’ expression and the ice cream for fans to play around with. KAITO was Nendoroid number 58! It feels like so long ago that he first released!!