A new table to replace the table tennis table! 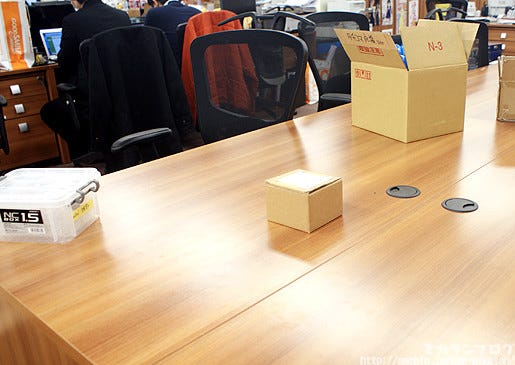 “Next week is the end of March?! No way!”… is exactly what I thought this morning. Next month is April, when all the new graduates come to join Good Smile Company! The huge new offices we moved to are starting to feel smaller now… :P

But until the newcomers arrive, their space is used for meetings and storing prototypes! 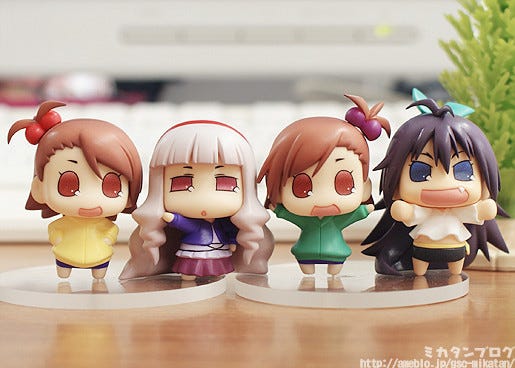 The prototypes I found on the table were these! 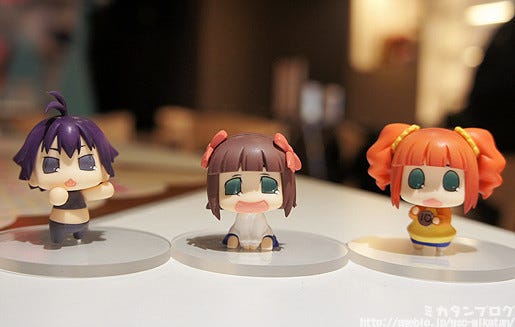 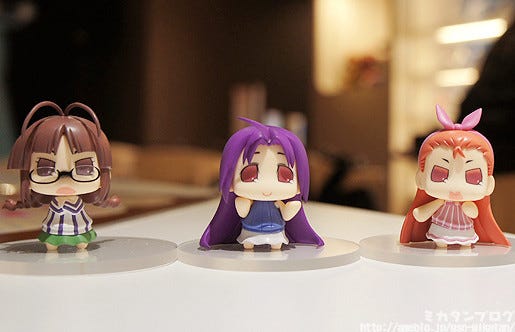 These I did the quick review of at the Akiba Good Smile Tetsujin Cafe!

More and more of the characters are releasing now, and they really just look cuter and cuter the more you have together! 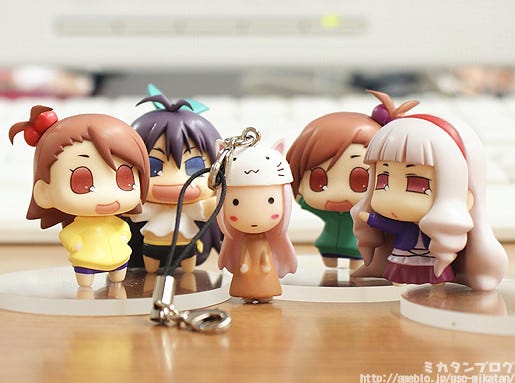 They are charms, but they’re still quite big!

They are a part of the series called the ‘Character Charm Collection’, and the final products have a hook included with them that lets you connect it to your cellphone, bag or anything else you want to add some cuteness to!

The Puchimasu charms are a little bit bigger than previous charms in the Character Charm Collection! They are still a great size to carry around with you though! 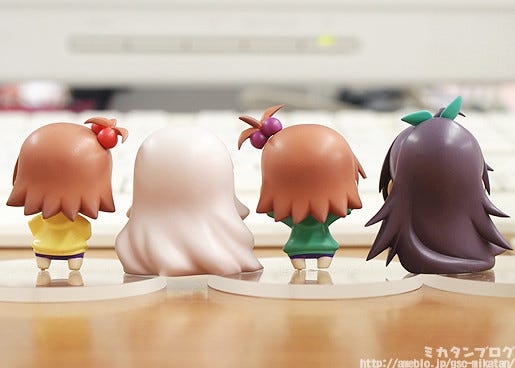 Koami and Komami’s hair is tied up so nicely at the back! Chibiki and Takanya have such big hair they can use it to balance themselves! Of course you can always just display them like this on your desk instead of using them as charms – I think that’s what I would do! It’s great to have the choice though! 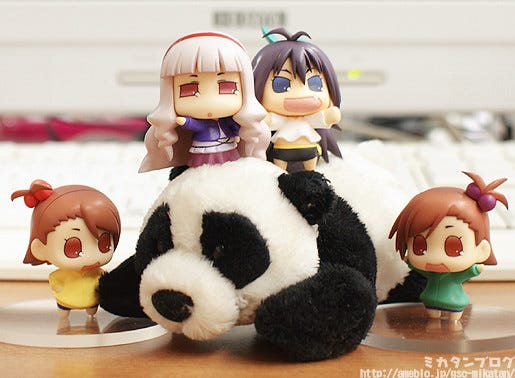 Riding on a plushie panda!

Each character is about 3cm tall! As I said before, they are a  little bit bigger than the standard charm size. But the faces are so lively and colorful, I’m glad they’re this size as it really allows for that little extra detail!!

They were put up on the GSC website today!

If you have any preorder or sales queries, be sure to contact our partner shops!

But that’s all for today!
Tomorrow is the Tokyo International Anime Fair! I’ll be doing a live broadcast!!