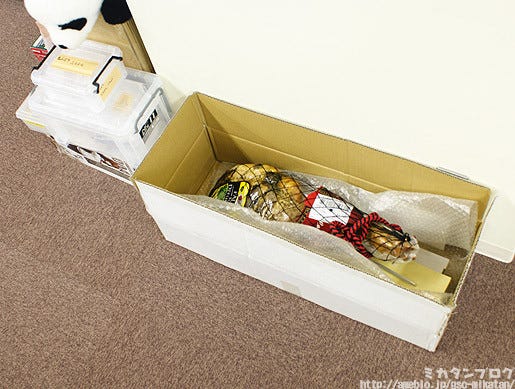 Is a conversation I have with the production team, or manufacturing team fairly often… luckily everyone is always super friendly and says I can use it quickly first… I’m quite glad for that, because if they said ‘Be quick, dammit!’ I’d probably end up with very blurry pictures. :P 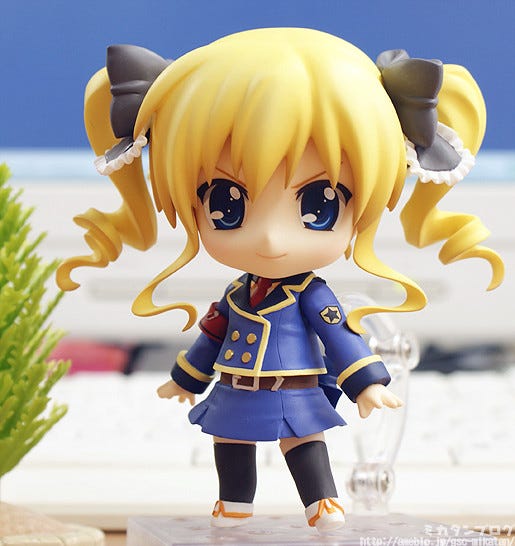 Today we’ll be taking a look at this Nendoroid:

She is the super genius that attends Harvard university, and is a part of the mystery investigation team, ‘Genius 4’ (also known as G4).

She will be included with the PSP game,
‘Tantei Opera Milky Holmes 2’! (･∀･)ﾉ

Those who are watching the anime series will have seen the Bushiroad commercial that features the Kokoro Nendoroid! 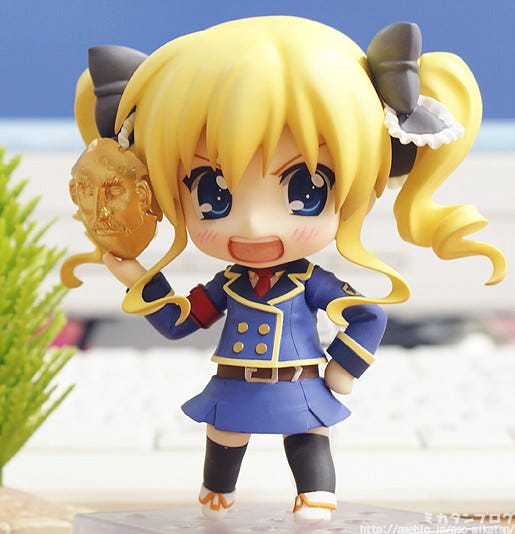 Above you could see her smiling face, but she also has:

An upset face and golden mask!

Even when she is upset, she is still super cute! Plus her weapon, the golden mask, is also included! The mask looks incredibly realistic too… I was rather impressed. The bent arms can be rotated at the shoulders to pose her with her hands on her hips! 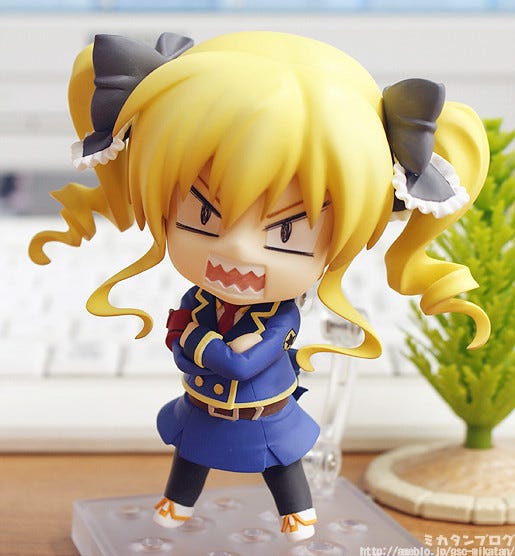 A snapped face and folded arms!

Oooh! What a wonderful choice of expression! This really shows off Kokoro’s real personality! :P I also somehow have this strange urge to put my finger in her mouth…

She is so cute that you just can’t help but tease her – it only makes her cuter… and she was already so cute to begin with! 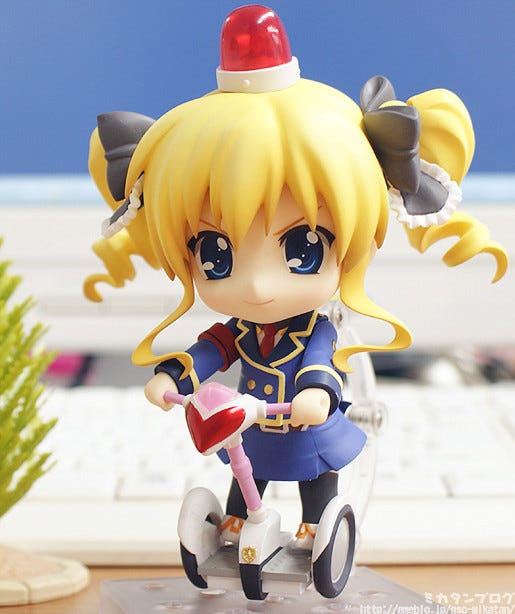 A Segway and patrol light!

This allows you to recreate the scene in the first season’s opening theme!

She also comes with hands to hold onto the handlebars! I wonder if other characters could ride the Segway as well…? 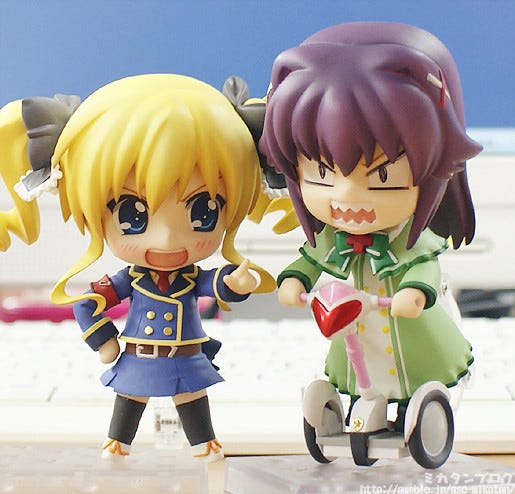 Elly decides to give it a go!

If you just move Kokoro’s hand parts onto Elly, she can ride on it just fine! Plus as you can see, the expressions are fully exchangeable! (Assuming there are no changes in production…)

The snapped expression has no eye color, so it’s very easy to stick onto other characters without looking too strange! Plus it’s just so cute! 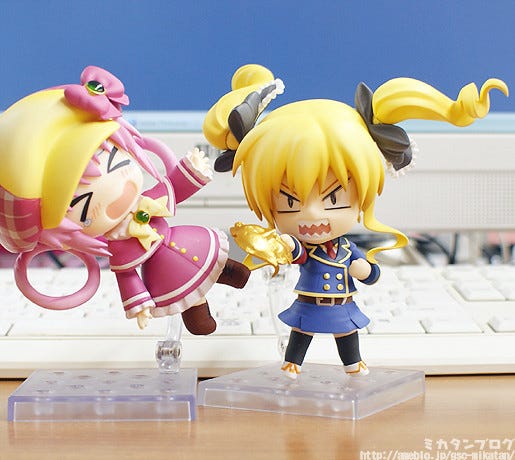 If you have any preorder queries, be sure to get in touch with out partner shops!