Now that WonFes is over, I keep finding treasures at all the project leader’s desks! 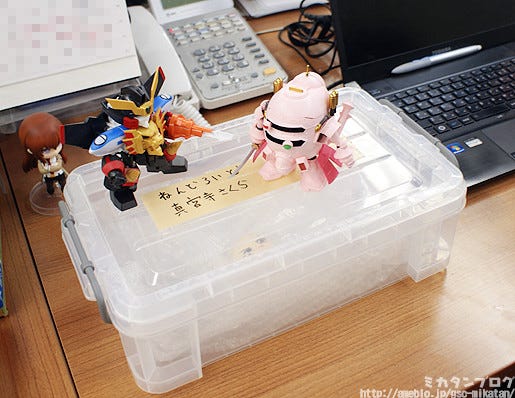 Before WonFes I was always running between the planning department, production department and manufacturing department, so it was really hard to find anything to play with!

Now it’s much easier… although I need to make sure I don’t bump into Tori Bird on the way back to my seat… I wouldn’t want him to steal it back! :P 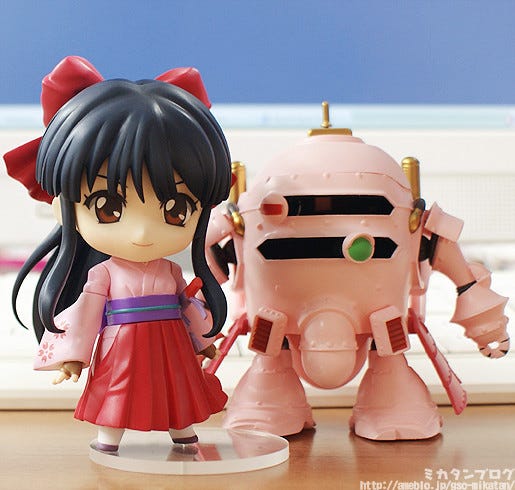 Today we’ll be taking a look at this Nendoroid set!

A special commemoration product to celebrate the 15th anniversary of the Sakura Wars series! A Nendoroid of Sakura Shinguji along with a cute Nendoroid of the Kougu she rides in! You can display them together, or completely separately – it’s up to you! 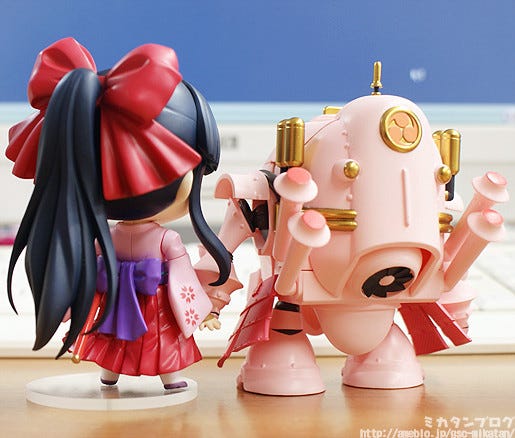 Sakura’s lovely ponytail looks absolutely wonderful, and is fitted with a joint so you can pose it blowing up in the wind as seen in many illustrations from the series. The huge red ribbon is also beautifully sculpted, and adds some volume to the figure! Plus don’t forget to look at the detail on the Koubu!! 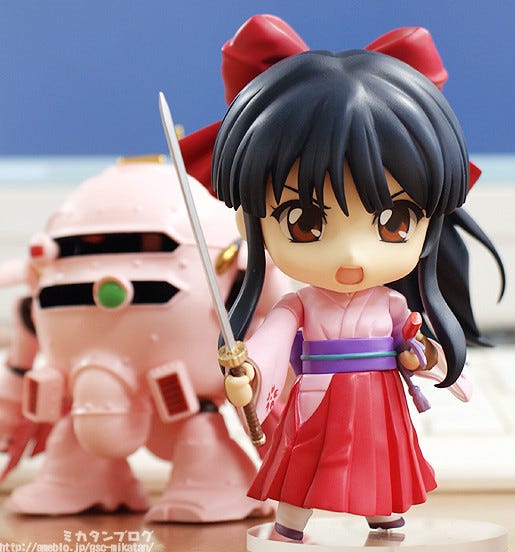 She comes with a smiling face and an angry face!

She also comes with her father’s sword, Reiken-Arataka, which you can use together with the included scabbard to recreate the pose seen on the cover of the PS2 game!

The arms and legs are fitted with Nendoroid joints!
The feet are huge and really stand out nicely when you place it in a pose like this! Plus it’s so easy to pose that I wasn’t even afraid to make this pose on the prototype! :P

You can even place Sakura’s sword in the Koubu’s hands! 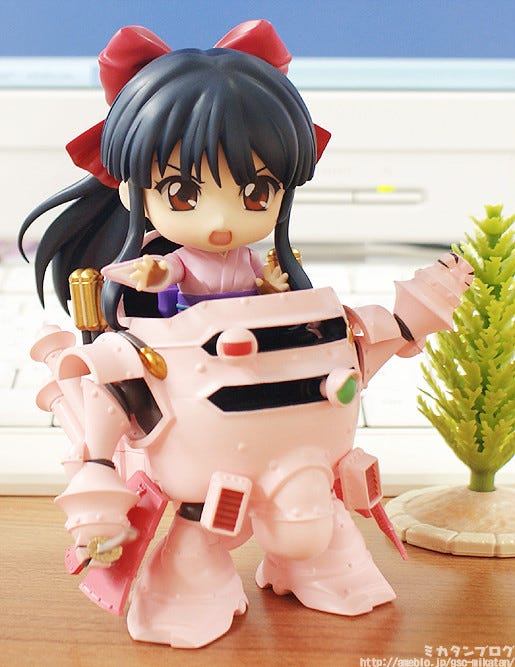 Sakura can even ride inside!

The Koubu’s top hatch can be opened up, and Sakura can get inside! Incredible!! You simply need to remove Sakura’s lower body part, and then connect her upper body inside the Koubu instead.

I’ll be trying that shortly! :P 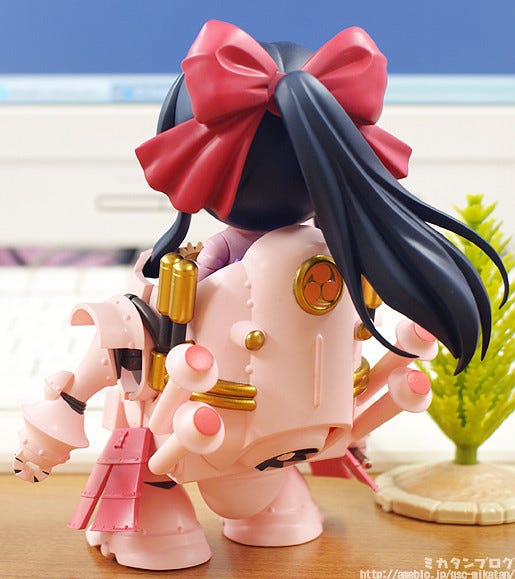 Even as one, the figures are perfectly balanced!

Nendoroids focus on looking cute more than anything else, and these two achieve that perfectly while still looking great both separately and together like this! You can really see a lot of careful planning went into these two Nendoroids! 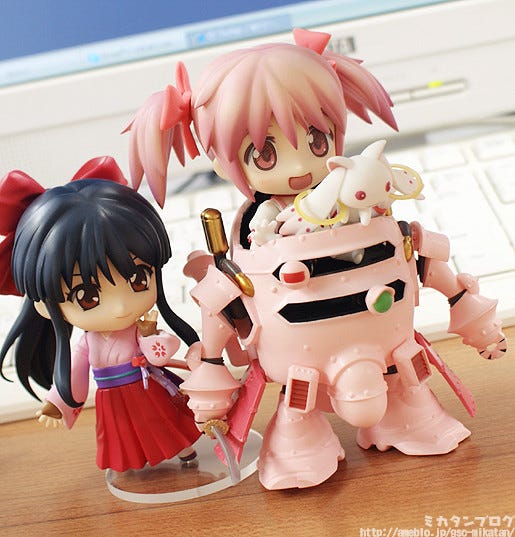 Although, that doesn’t mean that all characters will be able to ride it – but most with a similar inward connector should be able to.

Certain Nendoroids like Miku instead have an outward connector on the upper body, which means they won’t be able to ride the Koubu perfectly – but you can still balance them inside it quite easily! (They just end up a little bit wobbly…) 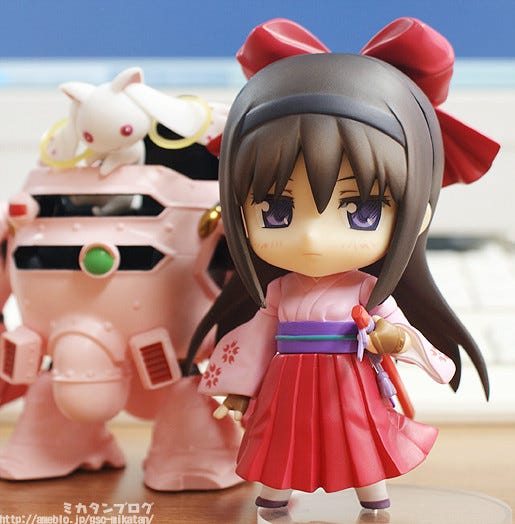 She has long, black hair just like Sakura, so if you exchange the heads it suits very well! Plus it looks really cute! The ribbon is connected with double-sided tape in this photo. ^^

They’ll be up for preorder shortly!! (`･ω･´)ゞ

Be sure to contact our partner shops if you have any preorder or sales queries!