Is that another new one?! 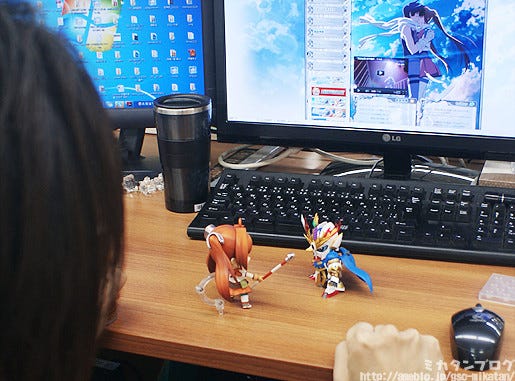 Gundams seem to appear more and more with other figures on this blog… but I think this is a different one yet again! Juat how many Gundams does Oda-P keep at home…? I kind of want to see for myself! :P

But even more interesting to me is the Nendo in front! 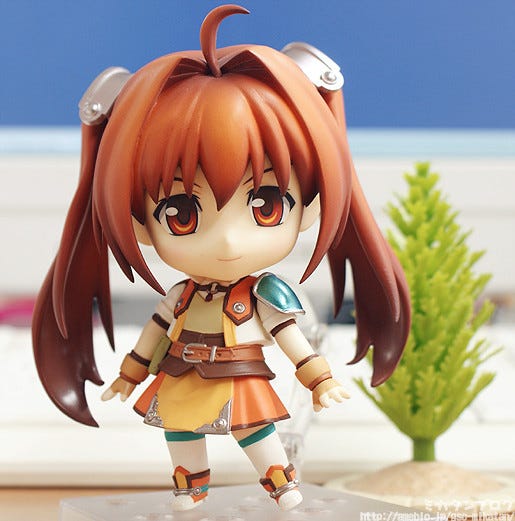 From Trails in the Sky: THE ANIMATION:

From the popular game series that has also become an OVA, ‘Trails in the Sky: THE ANIMATION’, comes a Nendoroid of the young heroine Estelle Bright, dressed in the outfit from the anime version of the series! 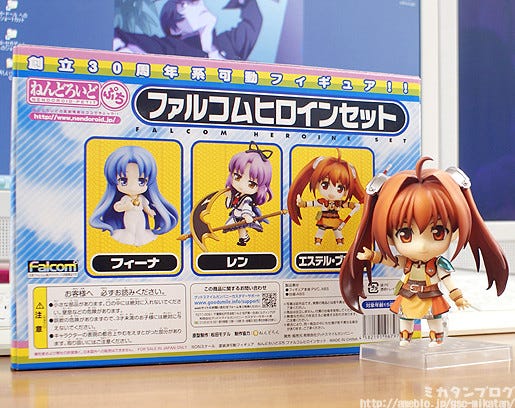 Estelle is also available as a Nendoroid Petite!

She is a part of the Nendoroid Petite: Falcom Heroine Set! The set is currently up for preorder! I wanted to display her together with the new prototype and compare the two… but unfortunately she was off in China…

Although I’m certain that the two Estelles would look wonderful displayed together! 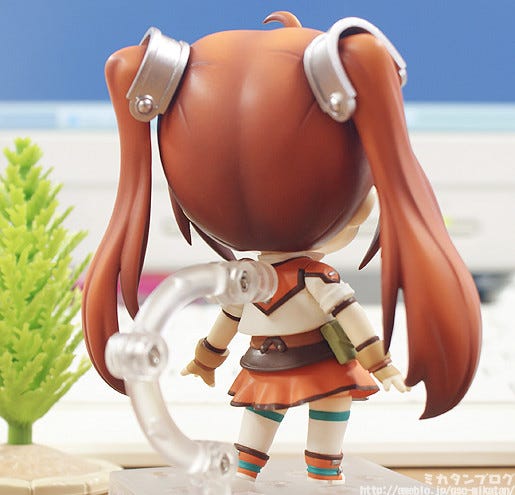 Her twin-tails are of course fully posable! You can also see the detail on her outfit is incredible for her size, it looks just like the original! I’m sure it’ll be quite a pain for the production team to deal with! :P 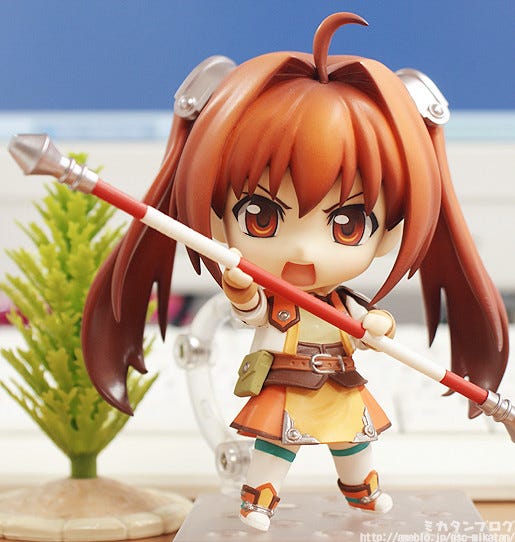 She comes with an angry face!

Estelle is well known for her expertise with the rod, and her weapon is taller than her! She can hold it in a single hand, or in both hands by making use of a bent arm. Plus that angry expression is so adorable, I think I’d lose the fight just by looking at her! 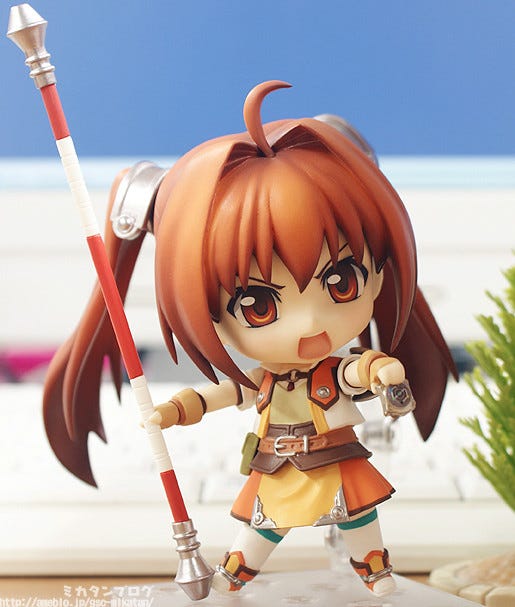 Her Orbment is also included!

The Orbments are mystical crystals made from quartz that bring out various abilities! This allows you to recreate the scene where she activates her abilities! A definite bonus for any fans of the series! The Orbment even has the exact same pattern as the one from the series!! 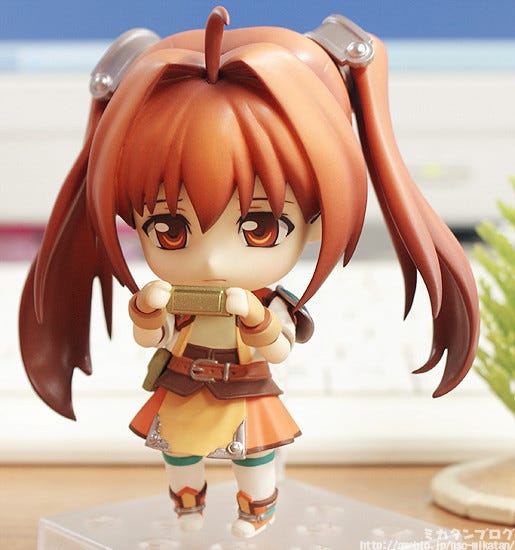 A depressed face and harmonica!

This allows you to recreate the touching scene where she plays her step-bother, Joshua’s harmonica! 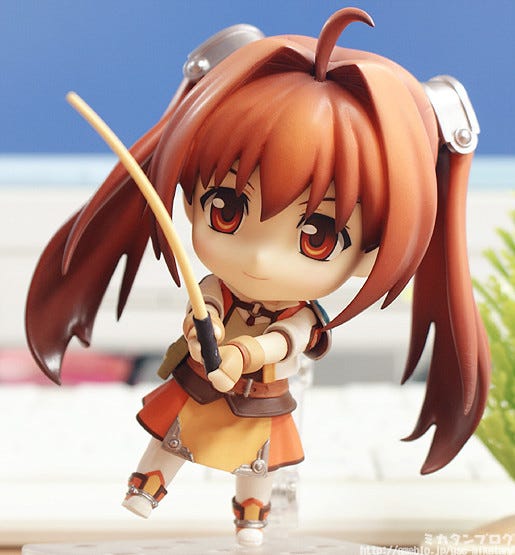 The figure is actually officially a Nendoroid based on the OVA, but even so it lets you recreate the fishing scene from the game, The Legend of Heroes: Trails in the Sky. She also comes with a set of hands to hold it out in front of her! 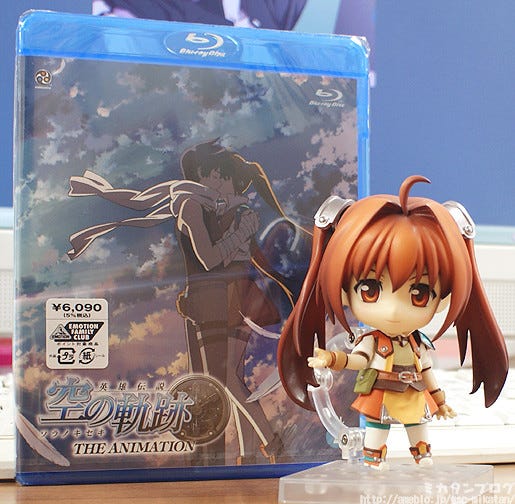 From Trails in the Sky : THE ANIMATION:

Nendoroid Estelle Bright!
Preorders will be starting within the next few days!! (`･ω･´)ゞ

Please contact our partner shops for more information regarding preorders and sales.

Estelle is also showing off the The Legend of Heroes: Trails in the Sky BD/DVD!

The second volume is now on sale! Don’t miss out on it!
http://www.sora-anime.com/


But anyway, that’s all for today!
I hope to see you all again tomorrow!! (・∀・)ノ゛