GSR’s Yama-chan, who was on Friday’s live broadcast! 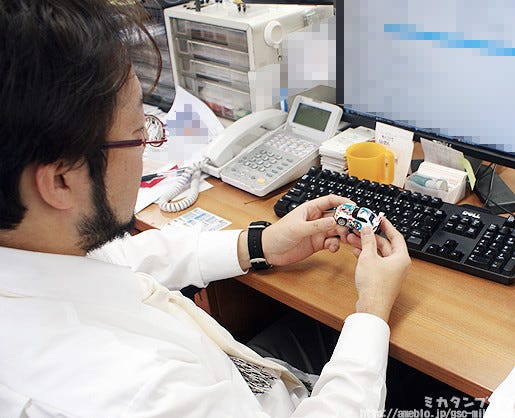 Although his real name is actually Tsukamoto. :P The reason he ended up being called Yama-chan is that apparently because he looked very similar to another person named Yama-chan, so the name ended up sticking for him as well. Apparently he also has some royal blood running though his veins… :P

But anyway! Today we’ll be looking at this prototype figure! 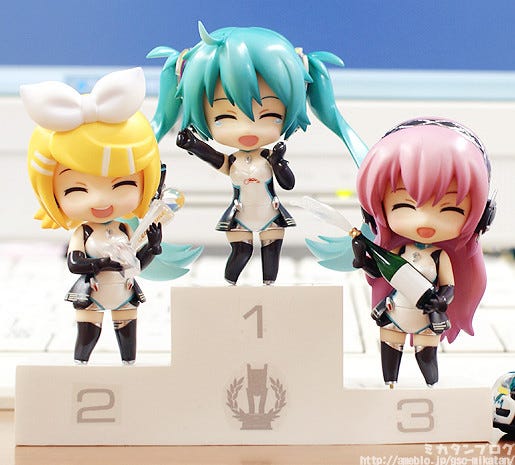 From the Miku GT Project and in commemoration of the 2011 championship victory, Miku, Rin and Luka are all being released as Nendoroid Petite figures in a set of three to stand in cute poses on the winner’s podium! 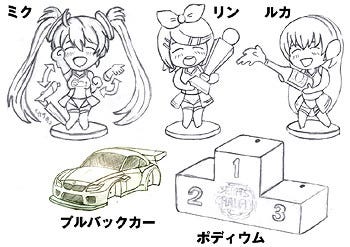 This was drawn by GSR’s Yama-chan!

Oooh! Nice work!! Although I do ponder why the tires of the car have been removed! :P Also great work to the sculptor who managed to create such lovely figures from Yama-chan’s illustration! 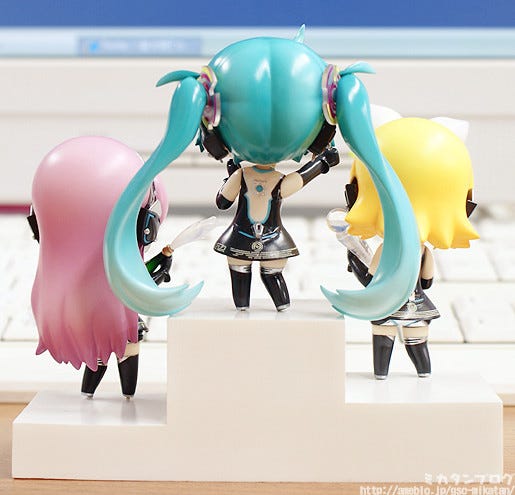 As usual, I’m fairly certain the Nendo Petite series is going to bring tears to those in the production team! Look at the intricate details!! Just look at the tiny details on the hem of the skirt… I made a quick measurement of it and all three lines came to about 1mm.

The podium here currently uses brass wires to secure the Nendos in place, but the final product will make use of the usual Nendo Petite rods that hold them up. 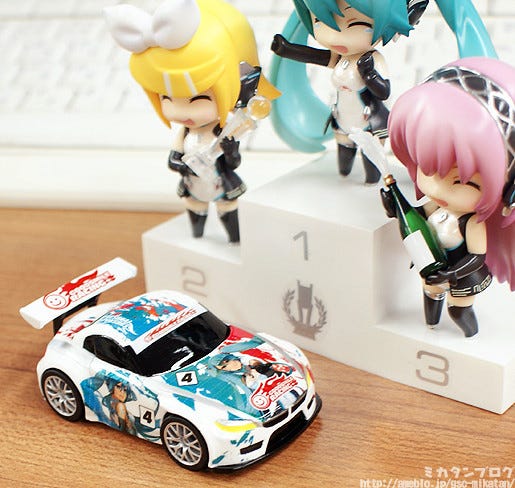 A pull-back car is one of those cars you pull backwards so that it can drive forward! The actual car on the final version will be a completely white car – but there will be decals included for you to create your own Miku GT car!

Yama-chan… is an excellent salesman! You can find out more about the GSR Decal Fitter over here: http://www.goodsmileracing.com/products/gsr_mss/mss_02.html 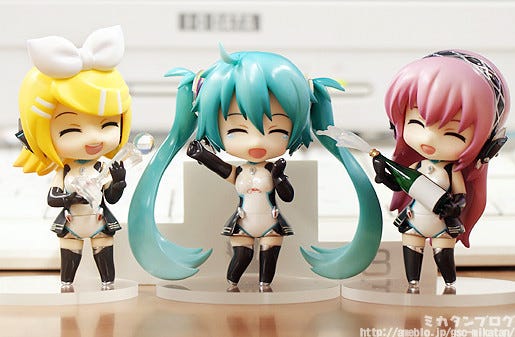 The normal stands are also included!

You can choose if you want to use the podium or the normal stands. That also means you can put other Nendo Petites on the podium if you like! 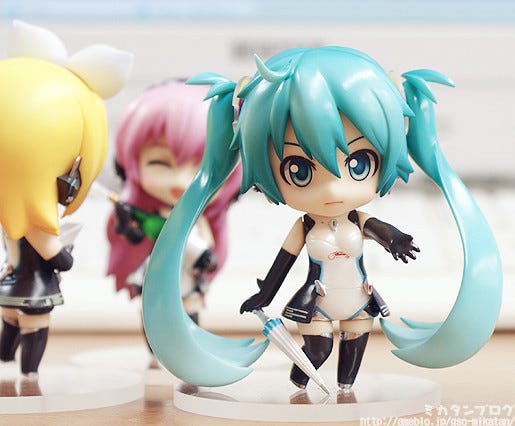 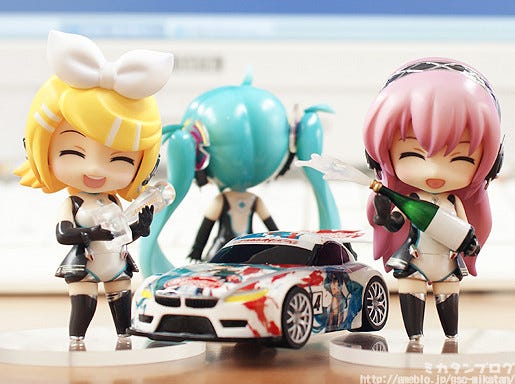 They are so tiny, but still so intricate!

Rin’s trophy and Luka’s champagne both make use of lovely clear parts! Even as tiny Nendo Petites the effort has still gone in to make them perfect! The trophy Rin is holding is the series championship trophy – the exact same design as the real one, but this one measures just 2.5cm! :P 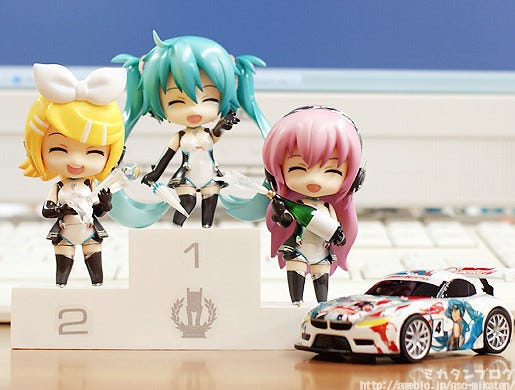 They will be on the GSC site as of tomorrow!
Please contact out partner shops if you have any sales or preorder queries!