Snow has started to fall in Matsudo this week! ヽ(ﾟ∀ﾟ)ﾉ 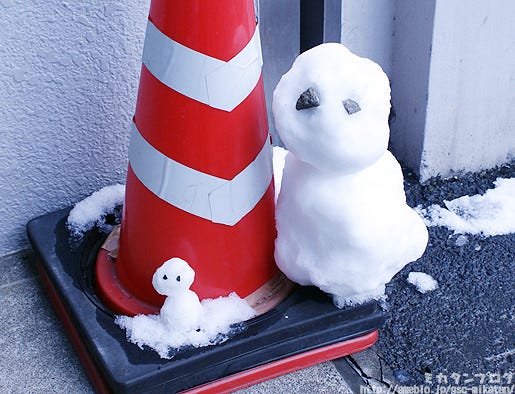 The day after the snow, this was in the parking lot!

This is in a secluded area quite far from the entrance, so I think it must have been made by someone from the building, not just some passer-by… There are a few companies other than GSC in the same building, but personally I hope it was someone from Good Smile! :) 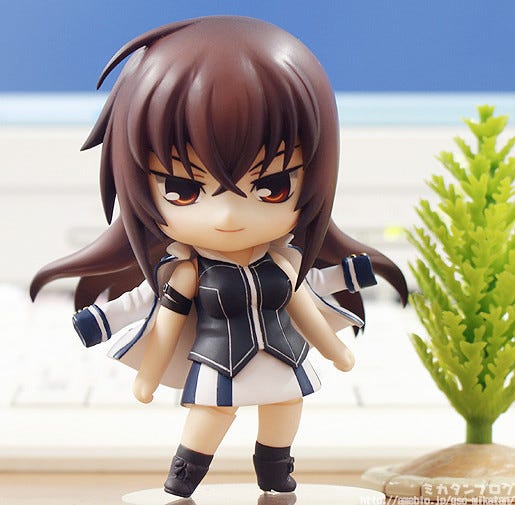 But anyway… today we’ll be playing with this prototype!

She is the powerful fighter from the series ‘Maji de Watashi ni Koishinasai!!” She comes with loads of expressions from the anime!

She has great style and some lovely… assets!! (*ﾟ∀ﾟ)=3 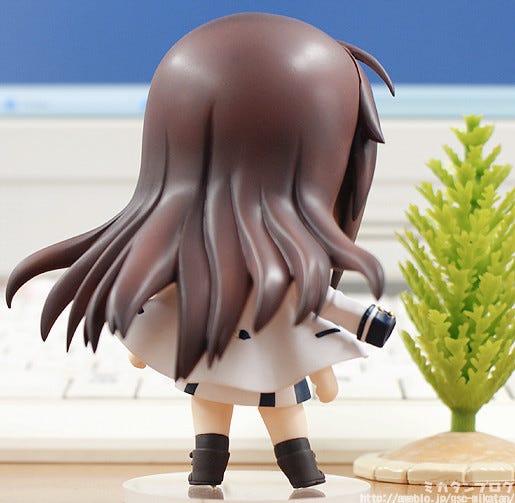 Momoyo has a jacket draped over her shoulder, and as you can see the jacket is very detailed – just look at paintwork on the sleeve cuffs! Her hair is sculpted as if the wind is blowing it all backwards – it gives the figure a lovely dynamic feeling! 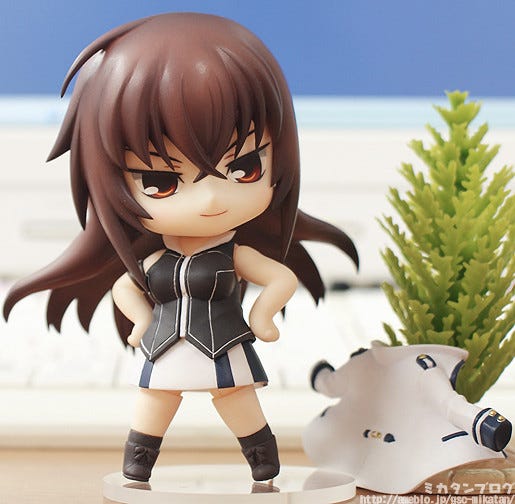 Optional parts! First up is are arms placed on her hips!

This allows you to pose her just like one of the key visuals from the series! Plus the jacket can also be removed! At the moment the jacket attaches with tabs, but her hair covers up the hole on the back very nicely. (Plus I’m not certain the final version will till use the tabs or not.) 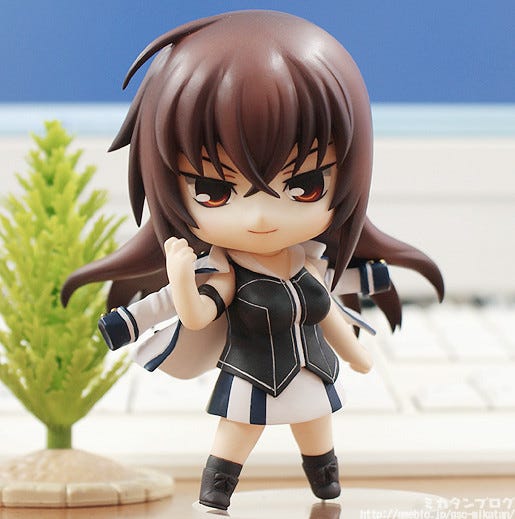 Using the bent right arm you can recreate this lovely pose! The Nendoroid is based on the anime, but still allows you to recreate poses like this that originated from the game’s art as well! 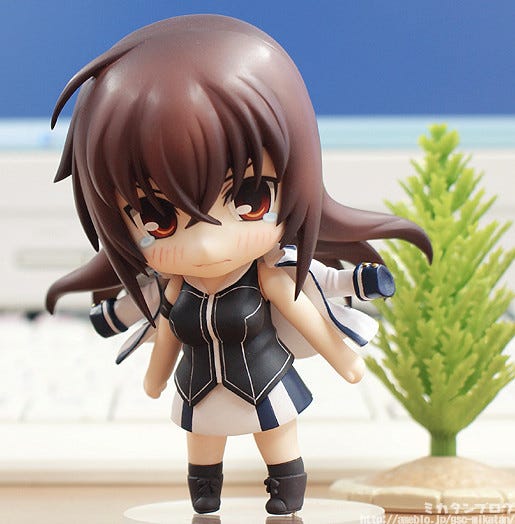 Those tears are so cute! The deformed Nendoroid size just emphasizes the expression so much and makes her look even more adorable! You can see she is trying so hard to hold in her feelings in! 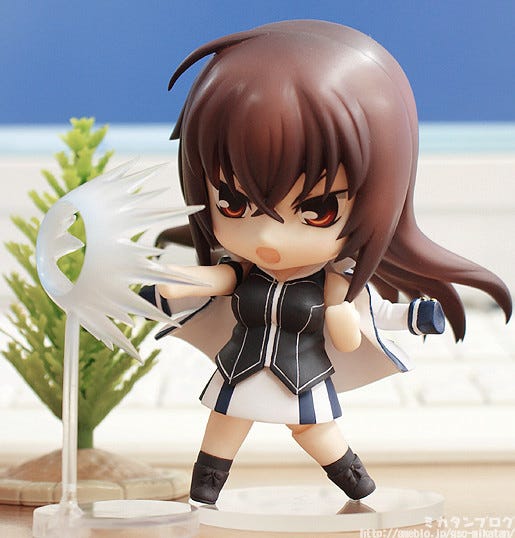 The ‘Kawakami Star Killer’ with an angry expression!

Momoyo is much stronger than the average person, so she has to come with some effect parts to show off her battle scenes! The angry expression also really fits her into a combat scene nicely, and also makes her look very confident! 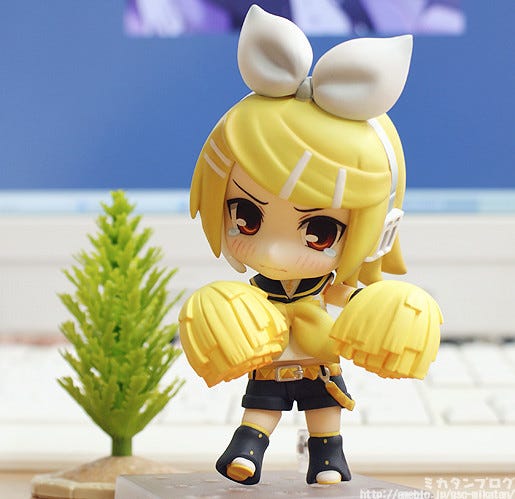 Let’s try her expressions on other Nendos!

I borrowed Rin-chan from Oonoshi’s desk and tried Momoyo’s crying expression on her… The brown eyes suit almost any character and the expression has such a strong presence! Just look how adorable Rin looks!

If you have any sales or preorder queries, be sure to contact out partner shops!

She will also be introduced on camera during the live broadcast tomorrow, along with some other products! Be sure to take a look if you have the time!