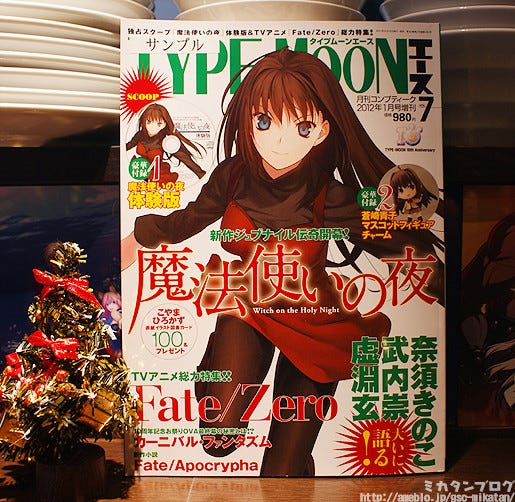 I found one over at the Matsudo Good Smile Cafe!

Inside this issue of TYPE-MOON Ace you can find… New images of the Bike Saber!!

I’m sure a lot of you have already seen it, but there are probably a couple who haven’t had the chance to take a look yet, so I’ll be taking a quick look in today’s blog!

The photos are beautiful as they are taken by a professional!

I just wanted to take a look on the blog as soon as possible, and the second prototype was still busy with coloring. I was told just to wait it out, but instead I can use these professional images in the meantime! 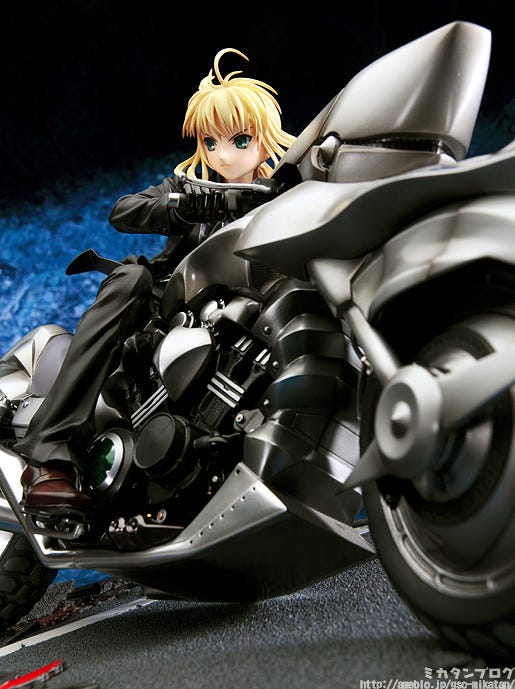 From the popular anime that is currently airing, ‘Fate/Zero’ comes this lovely 1/8th scale figure of Saber wearing a black suit on a motorbike. The pose is taken from one of the illustrations in the light novel! As I said back when I looked at the uncolored prototype…

Just for the sake of this product, the bike was also given a name by the original author of the novel, Gen Urobuchi! ((((ﾟДﾟ)))

By the way – this scene hasn’t aired in the anime yet. But those who have read the original will know it’s definitely one of those scenes that will stick in your memory!! 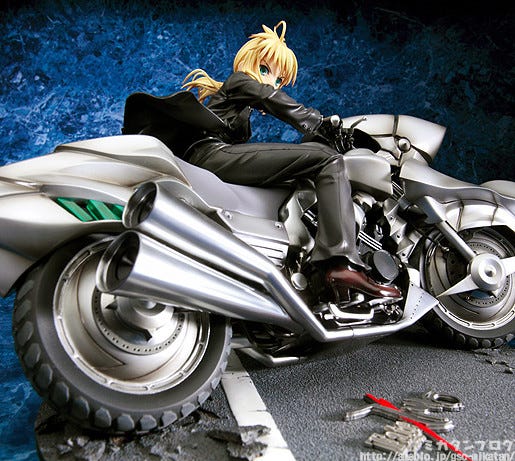 As you can see, the bike she is riding is no ordinary bike…! I don’t want to spoil too much, but here is a quick spoiler-free wiki quote:

The bike was originally based off a ‘V-MAX’ bike!

It was changed both visually and practically just for Saber!! 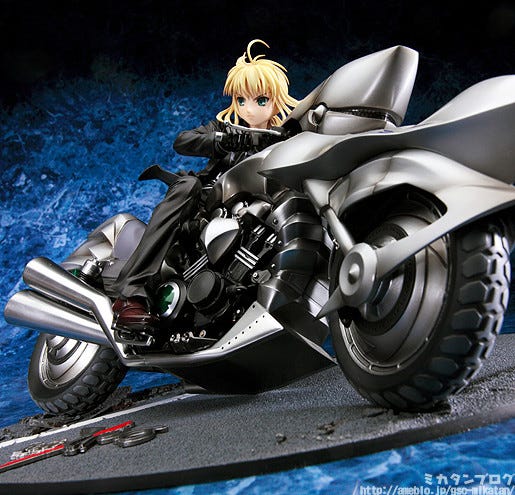 This is how it looks from the front!
I’ve mentioned it before and will go into more detail at the end of the article – but GSC has actually created a full-size version of the bike! :P I’m really not very knowledgeable when it comes to things like cars and bikes, but I’m really impressed to see a this bike come out from just an illustration!

I actually meant to save comments like that for when I do my own photos and more personal review… but just look at the tony screws at the bottom there! They are not even a millimeter in size! 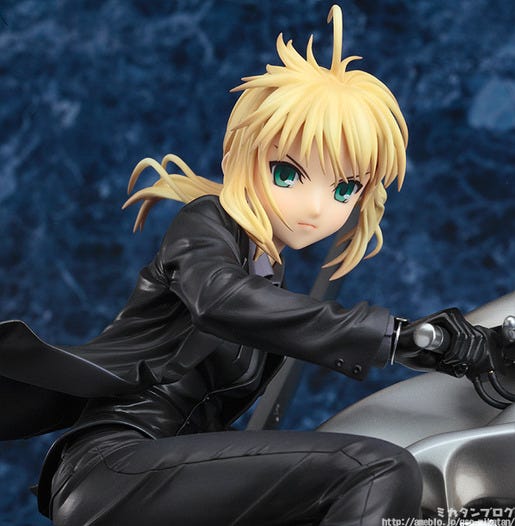 The sculpting is done by Takayuki Kawahara (Kawapon), the same person who did Saber Lily ~Distant Avalon~!!

But I’m sure you could tell that just from the quality!

By the way, Kawapon is currently working on the second prototype coloring with a fever… :(

The bike itself makes use of 3D data, but is then adjusted by hand afterwards! Both Kawapon and Oda-P (who was head of planning for the figure) are both huge bike fans! It really shows in the result as well! 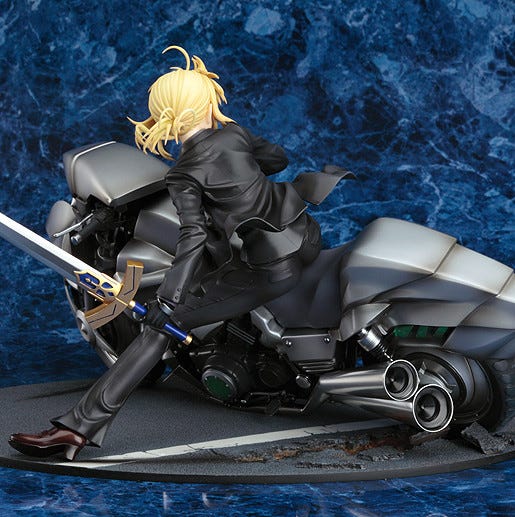 A look from the reverse side!

Nevermind the bike – Saber herself is also incredibly sculpted! It looks fantastic! I can’t wait to see the painted version with my very own eyes!! 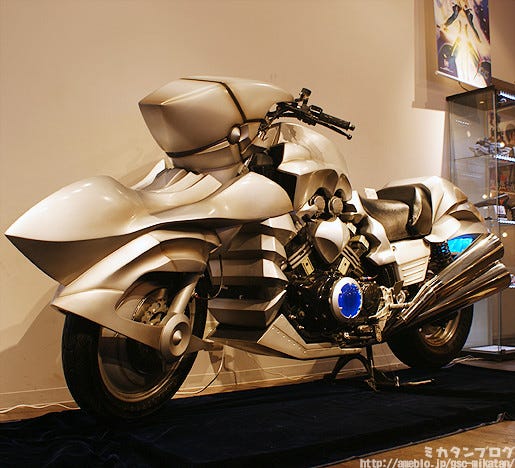 As I’ve mentioned before… GSC has made a full-size bike as well!! 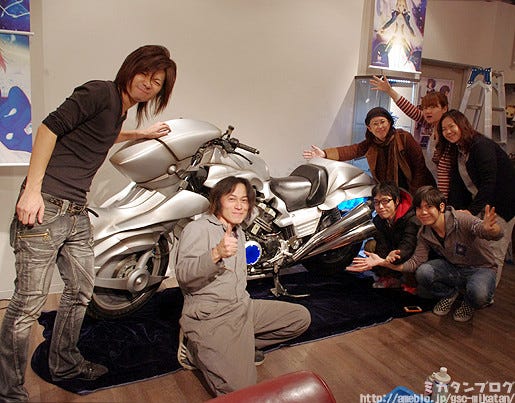 It will be on display at the Matsudo GSC Cafe from the 15th to the 21st December!

You’re even allowed to sit on it!

You’ll be able to ride on Saber’s bike yourself!!! Could there be anything better for a fan of the series!!? You can sit on it and say… “I am Saber!!” :P She’ll be on the GSC site from the 22nd!


For preorder or sales info, get in contact with our partner shops!