I will defeat you this year for sure!!
I can’t believe it’s already the last month of the 2011!

Let’s dash toward the new year like Sonic dashing toward his rings! Today we’ll be continuing the 10th anniversary special post series! There might be a few people who are thinking “Aww, I want a figure review!”, I’m sorry, but sometimes we need to take a break from the figures with something like this – I hope you can still enjoy it!

So everyone…
“What memories stick in your mind the most?” 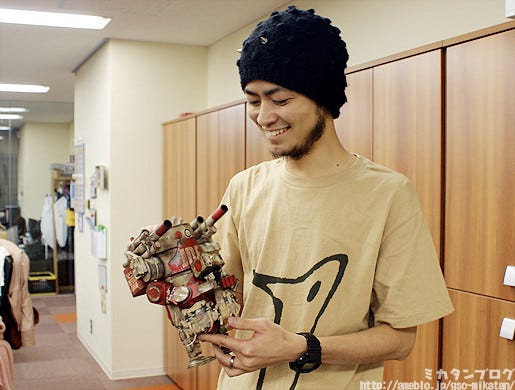 Gakkun is the superman of the GSC production department! He always assures great quality! Thanks for all the hard work you’ve put in Gakkun! 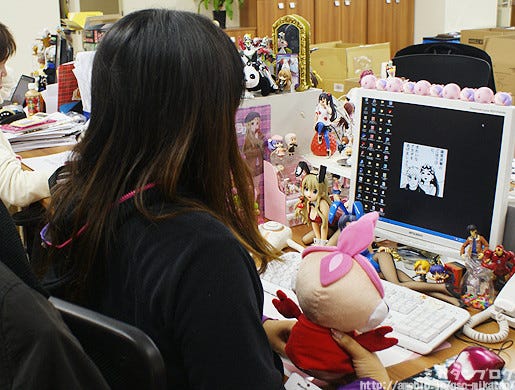 For anyone who thinks you won’t get loads of treats when working at GSC… you’re very wrong! There is always lots to munch on! All the treats are put on a single table, then a mail goes out to everyone to go get some! (Kiku-chan comes by the table fairly often… :P) I guess that’s why I feel fatter ever since I’ve been working here… 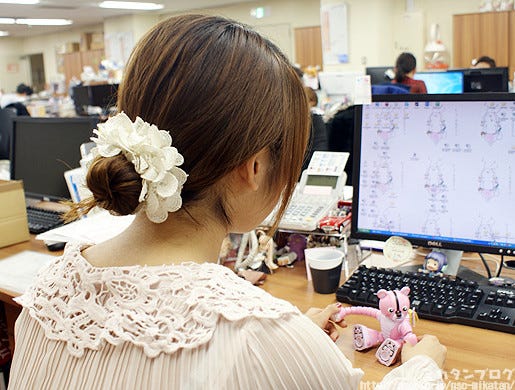 I don’t think anyone except GSC staff members will get that last one, but it gave me a laugh! A few WonHobby Live Broadcasts back, we were doing a little skit using Nendoroids, and Miyuki-tan was the voice for the act! It was a load of fun! 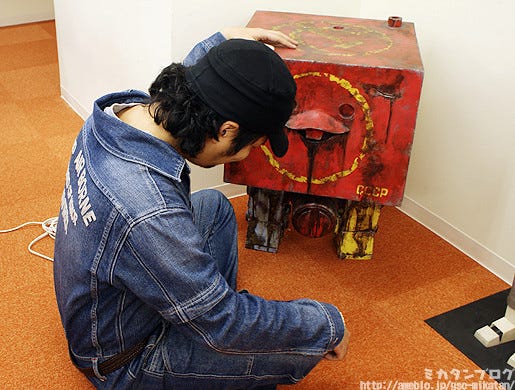 Hey! Those are the same! You cheat!
But I guess it’s true isn’t it! There is often a link between the fun times and the difficult times! You really are the one I know we can trust to run the Live Broadcasts without a hitch!

Not only is he great with helping out physically, but he also drives the staff to create a great show! Unfortunately I don’t work next to him anymore, but I still rely on him all the time! 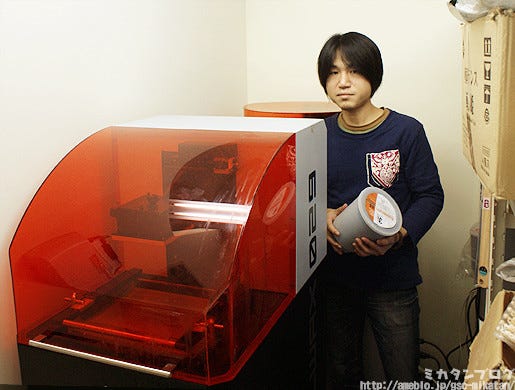 GSC’s irreplaceable 3D team! They really act as the backup to the production team when working on extra parts and stands and whatnot. The picture of Fuumin here is together with the two 3D printers surrounded by boxes. It’s in such a tiny little corner. xD

Fuumin also worked with Yousei Megane to get the GSC Seijin in an iPhone App!

1) Download Yousei Meganefrom the AppStore. If you already have it, update to the latest version. (It’s free!)

2) After downloading, start it up! Point your camera to this code and view the GSC Seijin in augmented reality! 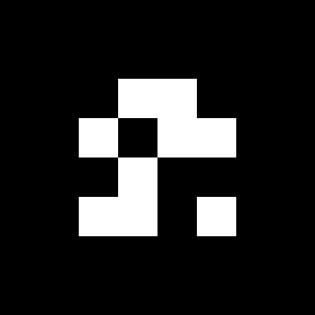 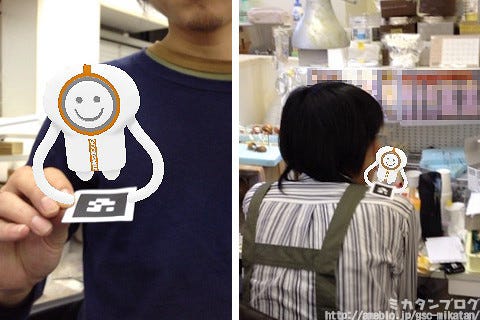 This is how it comes out!  Look how cute he is sitting on a shoulder here! :P
If you’re an iPhone be sure to give it a go! (･∀･)ノ 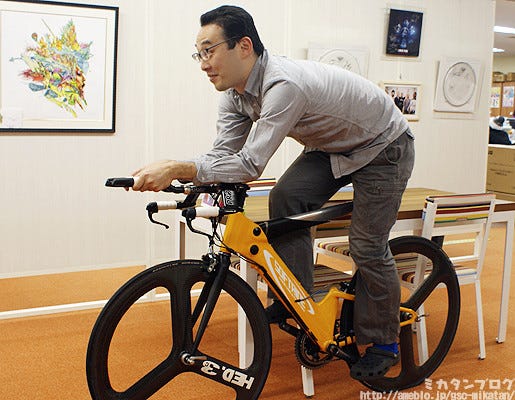 When I asked for a picture of Station to put up, I never quite expected one like this, but it’s a great picture! While he is part of the design team, he also does cycling and helps out with the cafes all the time! 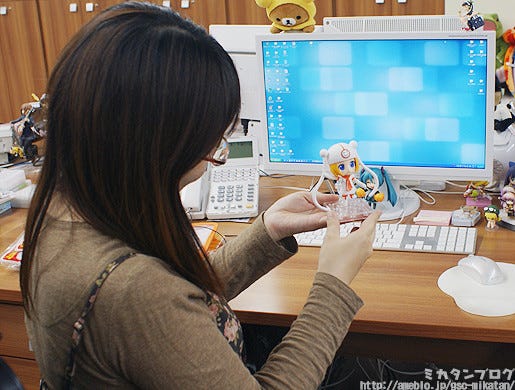 Shii-chan used to be part of the web team, but recently moved over to the advertising team! She works on all sorts of advertising and promotions and has done all sorts of things for GSC! The advertising team is also sometimes referred to as the ‘event team’ nowadays, and working on those events is an unbelievable load of work, but I trust you can do it! 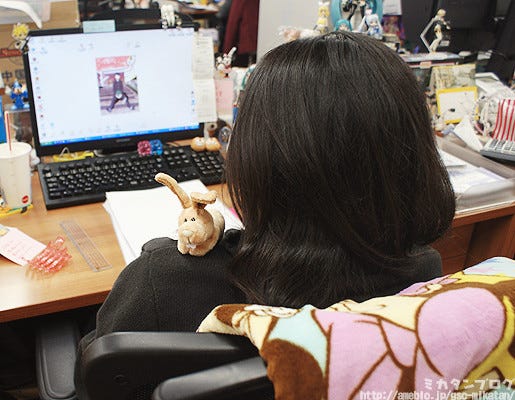 Koyamada really has a close relationship with all the figures, and I’m happy to be working with her! You always tell me the delivery information as soon as its available, and get me early release samples for reviews!

Memories are what make up people!
We had all kinds of memories again, but that brings part 3 to an end.

Next time when I can’t find figures to review, I’ll find more staff for some more memories!

Anyway, thats all for today!
I hope to see you all again tomorrow!! (・∀・)ノ゛