You can’t eat that!! 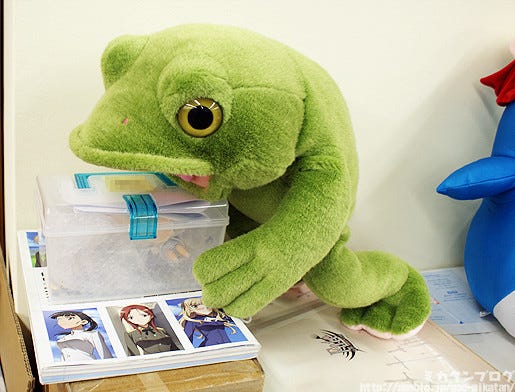 It seems the area behind my desk is turning into a petting zoo! Whenever someone passes behind my desk, they often change the pose, or add something extra to the frog’s pose! It’s quite fun looking forward to how he will look next time I look behind me. :P

I know many have been waiting for more Nendoroids from this series – sorry for the wait! It certainly has taken a bit longer than expected, but she is finally here! 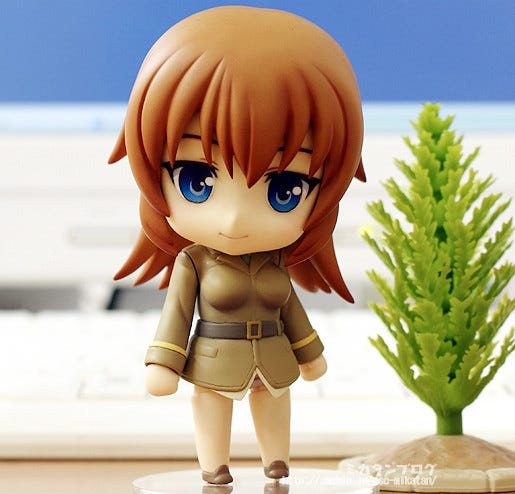 Yep, you can definitely see she has the biggest bust on the team when you line them up together! Important things like that are never forgotten! 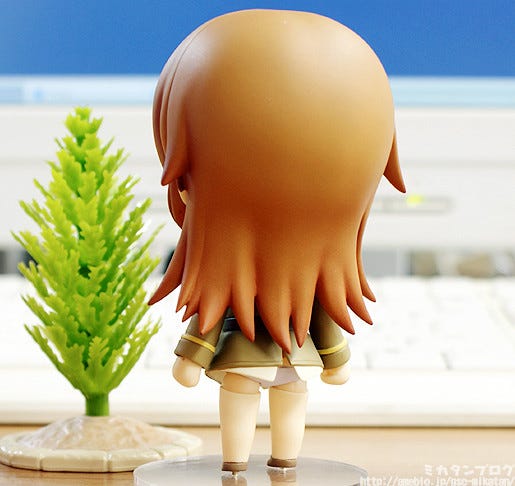 You can see her lower half is looking lovely in typical Strike Witches fashion as well! They look like a bluish grey color!! The hip parts are of course posable, allowing for some lovely dynamic Strike Witch poses as well! 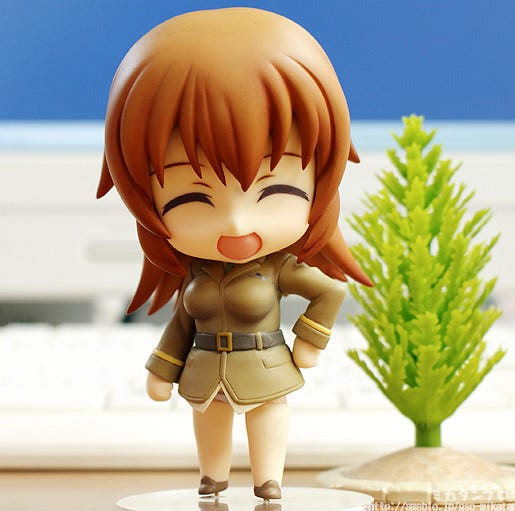 Let’s move onto the optional parts!
A bright smile and bent left arm!

Some bright smiling parts have been included with all the Strike Witches figures in the past, so of course Shirley will come with one as well! It’s so cute to see her with such a beaming smile! Combined with the bent left arm it really creates a lovely, happy looking pose – ideal for Shirley’s character! 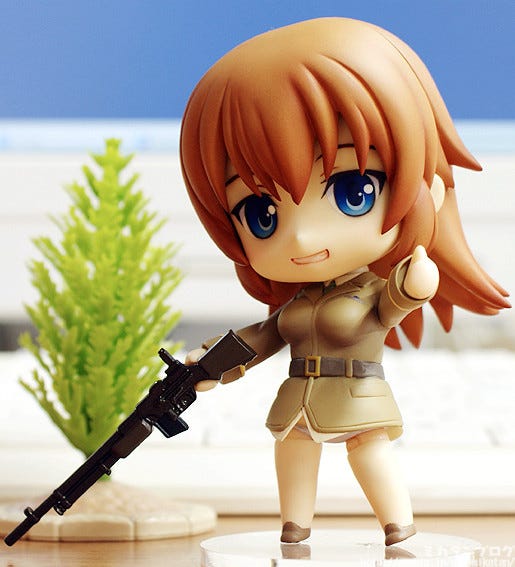 Shirley’s weapon of choice is the M1918, which is included with lovely details! She also of course comes with a hand to hold the weapon! 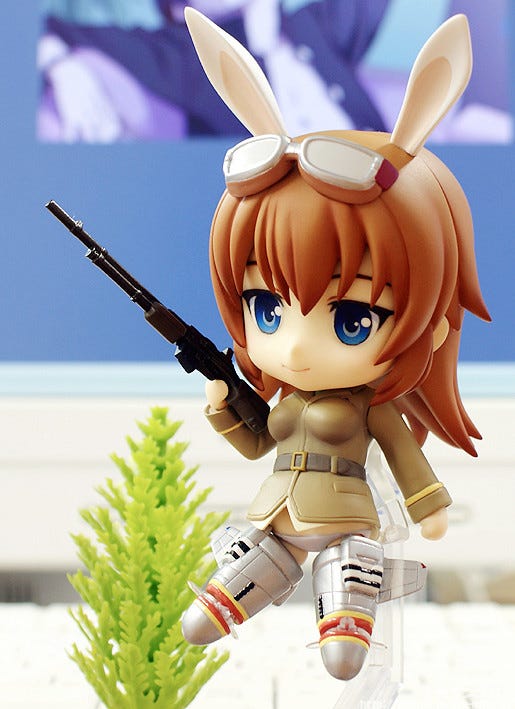 She also comes with her Striker Unit!

Just like before, the propellers even spin around! Having these parts included means you can make all sorts of poses in midair, including battle scenes!

Plus you can’t forget the bunny ears and tail that appear when she uses her magic, along with goggles to allow her to fly at her top speeds!

A separate fringe part is included for the ears, but the goggles are actually attached using magnets – it can connect onto both the normal version and the bunny ear version, so you don’t lose out at all! 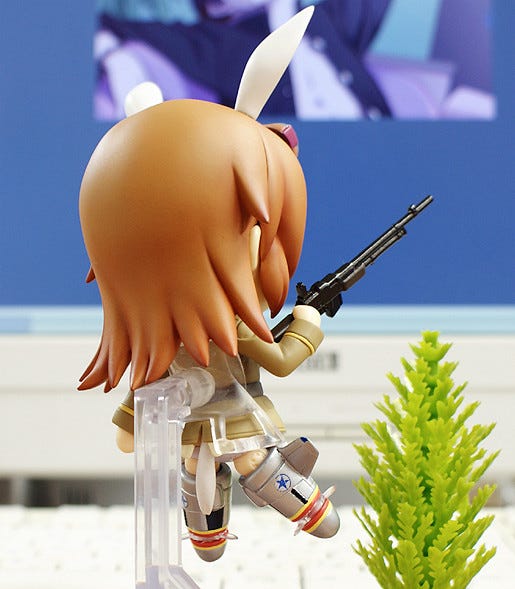 The tail has a ball joint for some different poses!

You can move it up, down, left, right – whatever suits the scene you are trying to pose best! It also makes sure that it won’t get in the way of the Striker Unit or other parts! 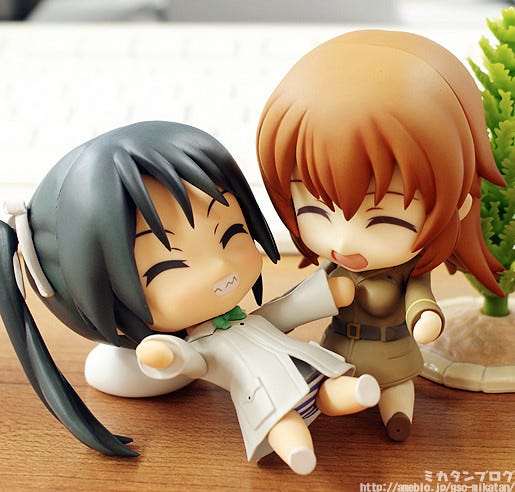 Be sure to check with our partner shops if you have any pre-order or sales questions. She’ll be up for pre-order the day after tomorrow – not tomorrow!

Anyway, that’s all for today!
I hope to see you all again tomorrow!!  (・∀・)ノ゛