Good Smile is working a collaboration with Comi-Po! 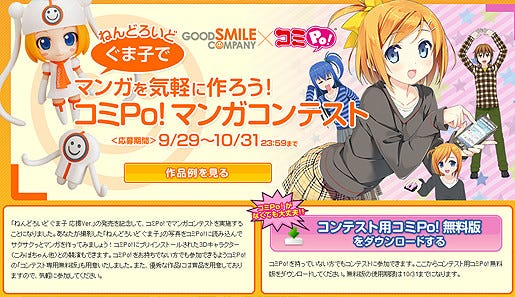 In other words, you need to make manga using the software, ‘Comi-Po!’

Using the free version I gave it a go myself! Although I’m not very good with most software… :P And before all of you ask why I’m working in the web department… there is a fine line between being good and enjoying something. :P

Anyway, I was looking for something to use as a base and found this!

This brings back memories!!

This was from when Good Smile was still based in an apartment in Matsudo – it was put up on a certain famous Akiba blog. In a serious column this ended up at the very end – it’s also the very first one!

Back then I had just joined Good Smile and worked with the design team’s boss in a tiny little room. I remember everything being really hectic back then… At the time (about 5 years ago) we also never expected to see the Good Smile Seijin becoming plushies and figures! 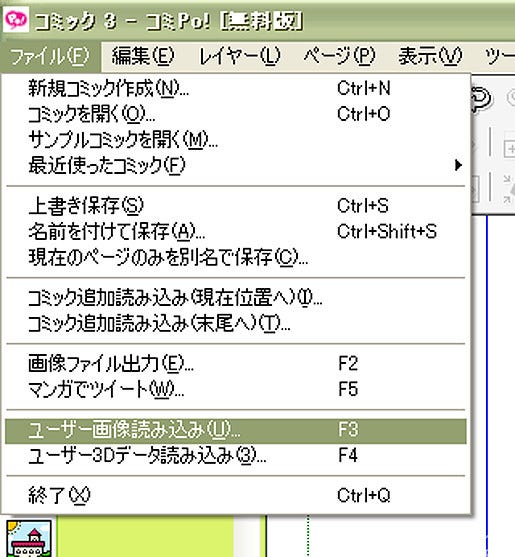 I think I’ll just use the first and second panels as they are, so I just import a file into Comi-Po using File -> Import Custom Image! 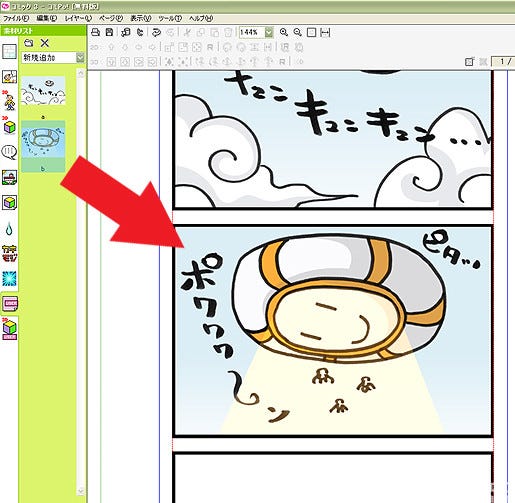 Just drop the imported image onto the canvas!

Ah! It’s so simple! I think even I could get the hang of this! I decided to import the image as is, but the program also allows you to create each panel separately using all sorts of backgrounds, things and characters!

The characters are particularly fun to play with, as you can place them at any angle you like (obviously only the default characters, however.)

Even if you can’t draw yourself, you can still easily make manga! 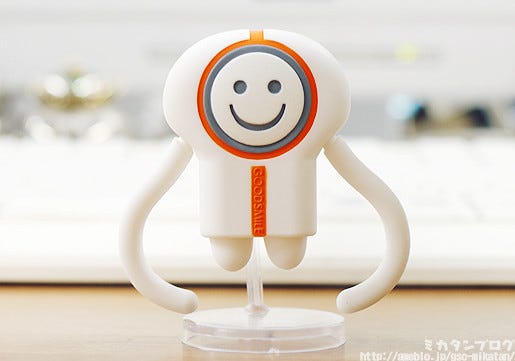 Now I’m going to use this image and import it into the manga! I just need to cut out the GSC Seijin from the background and save it as a .png. 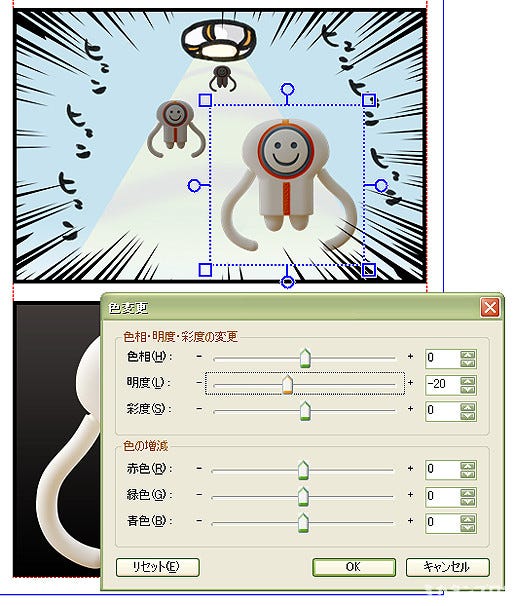 You can easily change the color and size!

If you simply click the item a guide will pop up, and if you hold the Shift key you can change the size with just a quick mouse movement! Then you just need to right click and the item will appear on the panel, where you can meddle with all sorts of settings such as the hue of the image. 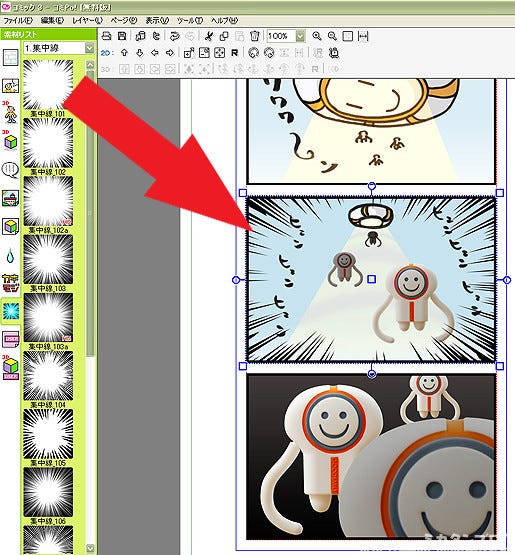 Effects that are often used in manga are all lined up and easy to throw onto any panel! Just pick the one you want from the list on the left and drag it onto your manga!

And here is the final product!!

It really makes it so simple to create your very own manga!
Although I’m not sure that my meager attempt really shows off what Comi-Po! can do. ^^; Let me give you a much more skillfully made example!

She’s so cute! The manga really brings out her cuteness!! You can play with her expression parts to make all sorts of interesting manga scenes as well!

Just like this you can make your very own Nendoroid Gumako 4-panel manga! If you’re interested be sure to give your entry into the contest as well! (`･ω･´)ゞ

There will also be a prize for the winners!! For more details check out the Comi-Po! Manga Contest page: