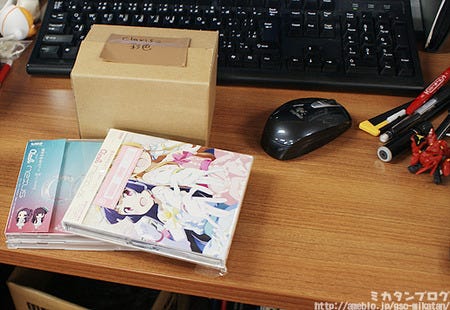 But… I already have it!?

It seems that Oda-P knows all the back routes that let you grab them early! :P
I think I shall keep them for myself! Along with that prototype figure box behind them! 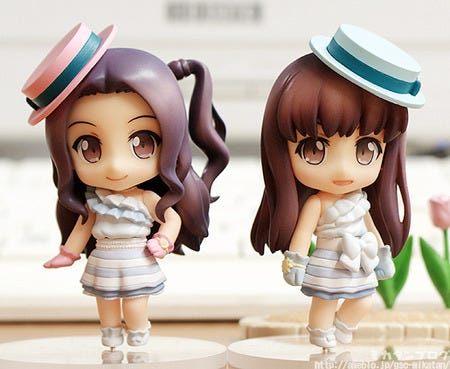 Today we’ll be having a look at these lovely little figures!

ClariS is an idol unit consisting of two middle school girls – Clara and Alice! A little while back the anime music magazine ‘Risuani!’ included a CD of some of ClariS’ music, and soon after they had a major debut into the idol world!

If you’re an anime fan then it is very likely that you do! They have sung famous songs such as…

They are singing some wonderful songs that are really getting them noticed in the idol world! 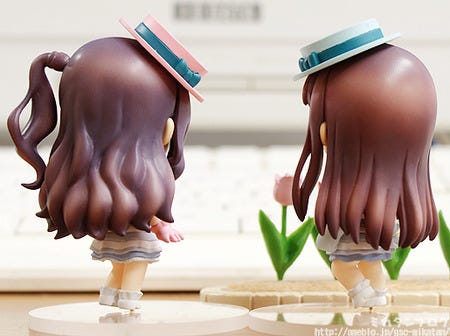 We’ve never been able to see the back of their adorable little avatars – this is the wonderful part about figures! Clara’s wavy hair and Alice’s long straight hair both look adorable in Nendoroid form! 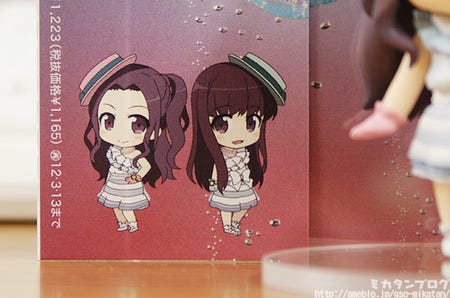 By the way!
Currently, no real photos of ClariS have been revealed!

The two girls are always represented by famous illustrator’s renditions of them…  Hiro Kanzaki, Ume Aoki and Meru Kishida have all illustrated the ClariS duo, but we’ve never seen what they really look like! 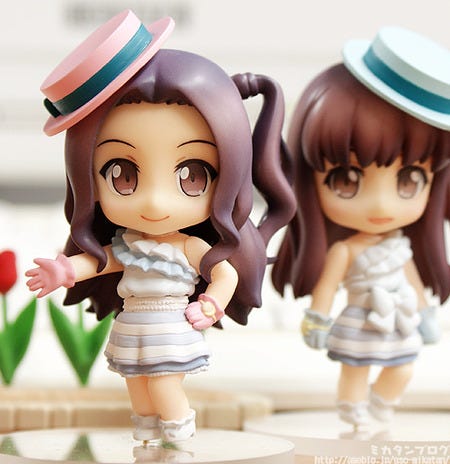 Clara focuses more on the pink!

She has her one hand to her  hip in a very adorable looking pose!! Her shoulders do of course have joints in them,  so you can lift her hands up a bit if you like. 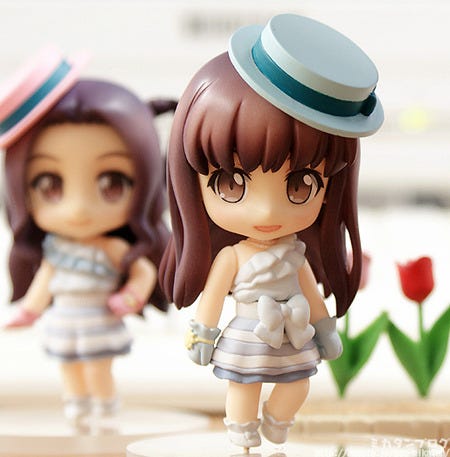 While Alice focuses more on the blue!

As you can see, her hat and legs are posed to mirror Clara’s figure! The paint work on them is also incredibly detailed – I think the production team are going to have quite a job getting them mass produced! :P The little ribbons on their gloves are so tiny, yet so detailed – and the stripes on the skirts look so nice! 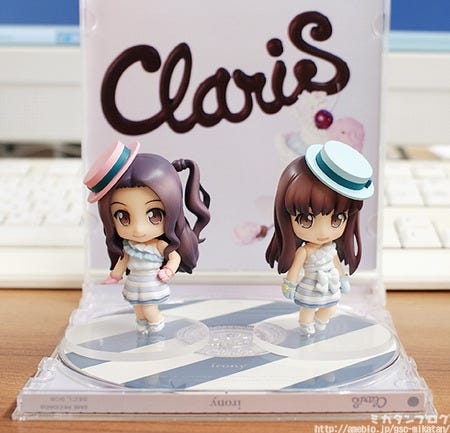 The outfits the two are wearing here…
Are the irony version outfits!

As I mentioned at the start of the article, that is the opening song to ‘Ore no Imouto ga Konnani Kawaii Wake ga Nai”. I decided to pose them on top of the irony CD! Don’t you think it looks good!? ^^

That’ll definitely be the first ever base that works together with a CD!! I look forward to seeing what exactly it’s going to look like… :P 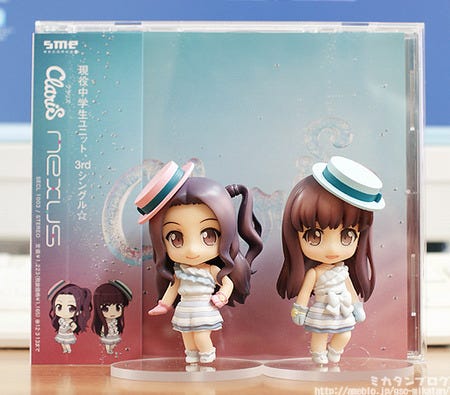 The tracklist is as follows!!

Wow! I can’t believe that ClariS is singing the Nendoroid theme song!!! You can even hear them singing ‘Nendoroid~♪’ in the background of the song!! I’m sure you’ll even be able to sing it at karaoke soon!! (<– wishful thinking :P)

For preorder and sales info, be sure to check out our partner shops!