Today we move onto round three of the Mikatan Blog Takeover!

Today I’ll be taking over!  My name is Takamatsu, a new recruit over at Phat! Company!! Originally the blog was going to be done by the long time employee Uchitarou, but there was a sudden change of plans! I’ve been placed in the hotseat! A big thanks for the opportunity! I’ll do the best I can!

Today we’ll be looking at one of Phat Company’s upcoming releases!
Desert Army-san!! 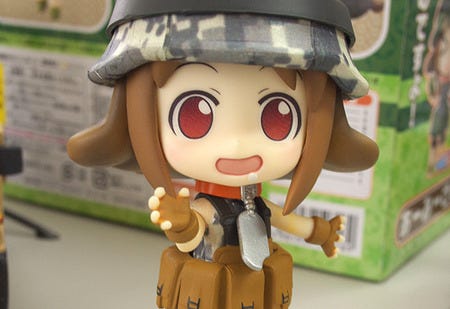 Army-san is from everyone’s favorite English-learning comic in which Sgt. Hartman teaches everyone some very useful slang – ‘Mahou no Kaiheitei Pixel Maritan’! Some of you might find her very familiar… because she was released as a Nendoroid last year! This time she is back in her desert combat outfit!

Do take note that the product you’re looking at today is still being worked on, so it might differ from the final product! 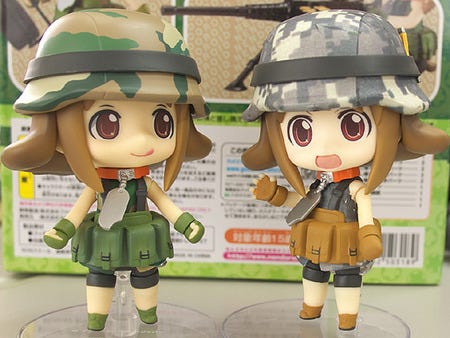 Although it doesn’t make much sense to display both of them together… you can always just say they are twin sisters! :P

Here is another shot from the back for you to compare the two! 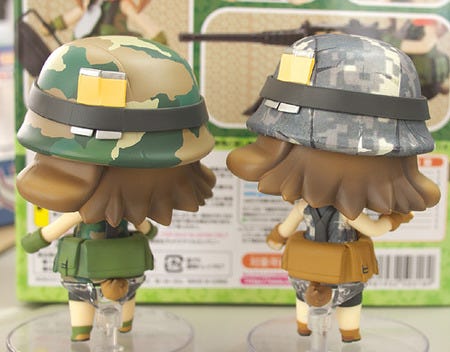 Up till here it’s mainly just the difference in color, but there are of course also new parts with the new Army-san!

First up is a brand new expression: A determined face! 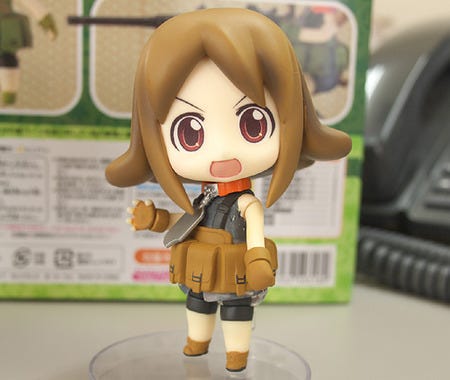 A valiant expression that makes her look ready to take on anything that comes her way! You just need to give her a weapon of some sort and then it’s perfect!

Next up is another new expression: A drooling face! 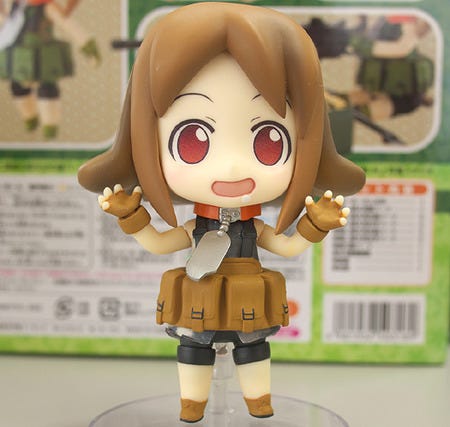 A perfect expression for Army-san – she is always hungry and eating the strangest things! She also comes with hand parts that suit the expression so nicely – it’s as if she is ready to grab something to eat!

Plus, as expected from Pixel Maritan, lots of weapons are also included!
An M4 Rifle, M249 Machine Gun and M57 grenade!
All of which are freshly sculpted for this figure! 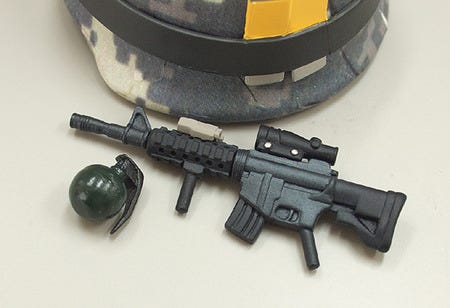 Let’s take a look at the grenade first – she can hold it in her right hand! 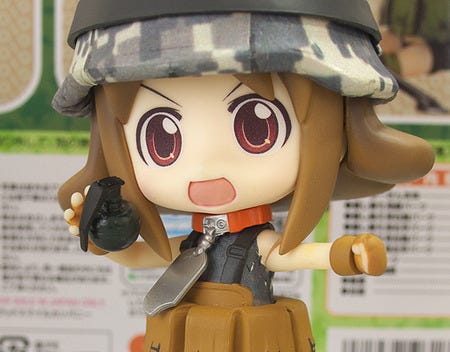 Even though the grenade is made to Nendoroid size, it’s still very detailed! Once you’ve pulled the out the pin be sure to throw it somewhere there are no humans or Nendoroids! (Or rather, just don’t pull out the pin :P)

I’ve heard that in one of America’s rocket launcher instruction manuals there is some helpful advice that reads ‘Fire in direction of enemy.’, it makes me wonder if grenades would have the same information. ^^; 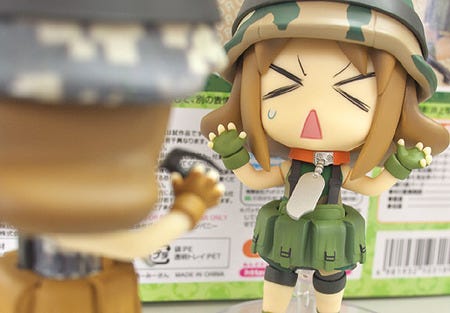 The M4 Rifle and M249 Machine Gun are also just as wonderfully detailed as the grenade! 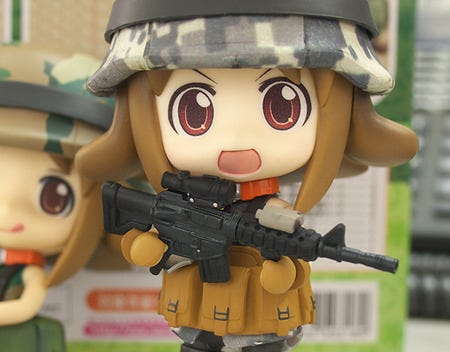 Unfortunately, at the time of this blog, the M249 Machine Gun was away in production… but here is a picture of it from a little while back… 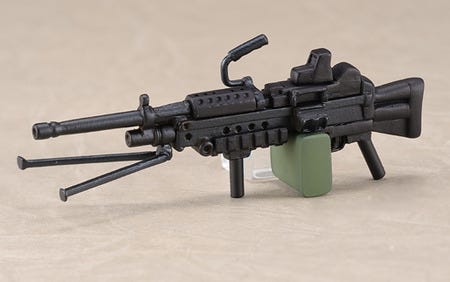 The M4 rifle comes with a AN/PEQ15 and ACOG scope that can be attached to it! The ACOG scope makes the rifle seem a bit more like a sniper rifle!

The M249 machine gun also comes with two legs to help stabalize the gun when firing! I’m not surprised you see Magical Girls using weapons like these nowdays… 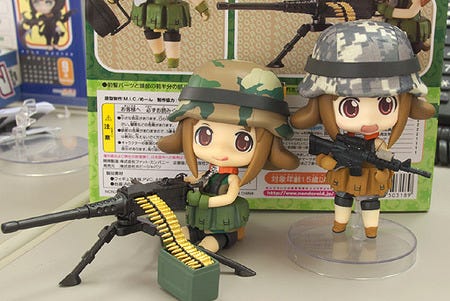 And finally the biggest highlight of Desert Army-san!
The M998 4×4 Lightweight Humvee! 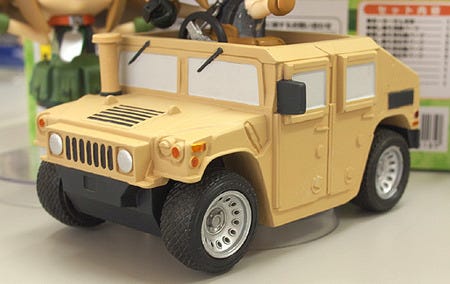 The humvee is filled with gimmicks – a Nendoroid can really ride inside it and the wheels really do spin – it’s a true Nendoroid-sized vehicle! 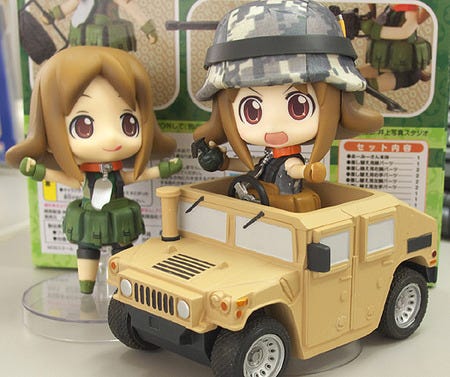 That’s it for today’s review of  Nendoroid Desert Army-san!

You can preorder Desert Army-san over at Toretate! Happy Channel!
You can order her up until the 11th October 2011!  Be sure to order before then if you want to grab her!

But that’s all for me today, thanks for reading! I’m sure we’ll be bringing you more and more wonderful things in the future!

I’m going to pass the baton back on to Good Smile!