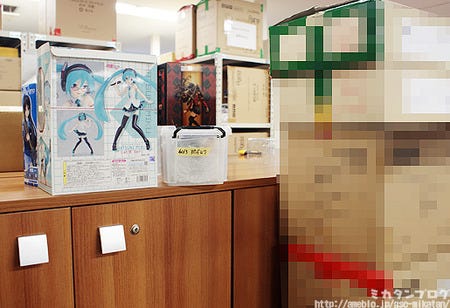 
A big thank you to everyone who visited us at Anisummer or CharaHobby over the weekend – as well as everyone who watched the live broadcast!

It’s a pity the weather was not great over the weekend, but I hope you all still enjoyed yourself at least a little bit! Look out for more events we’ll be participating in soon! :D 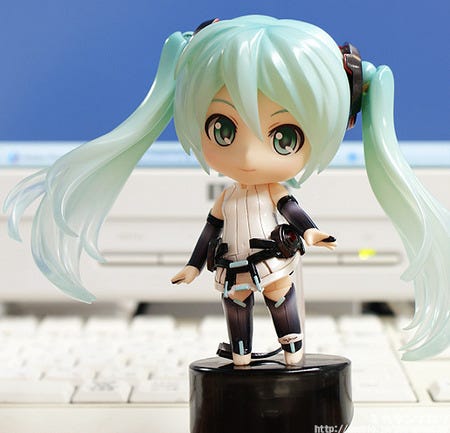 Noe let’s take a look at one of the figures that was on display at CharaHobby!

Miku Append is the new version of Miku that was created from the additional library pack ‘Miku Append’, and is now getting the Nendoroid treatment by  sculptor Asai Masaki.

Indeed it is! A special base designed using a combination of black and clear plastic just for Append Miku.

Plus the base has a little gimmick built in!
We’ll take a look at that at the very end of the blog! 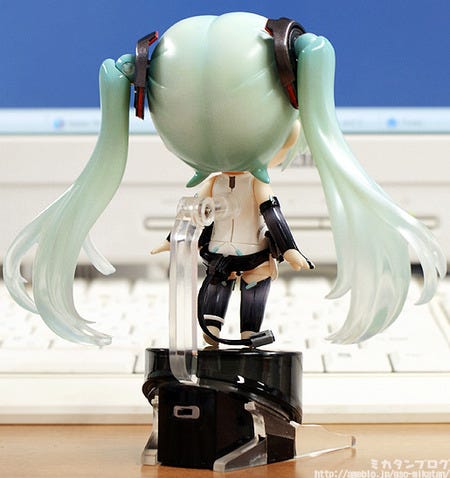 Append Miku is just as sexy as a Nendoroid, but has a nice cute side to her as well! The way her hair is made using a gradient on clear plastic is absolutely stunning!! 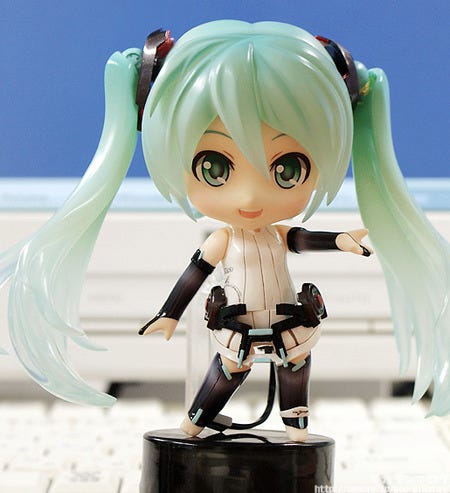 Let’s take a look at the optional parts!

First up is her smiling face!

Generally speaking Append Miku is supposed to have a ‘cool’ feeling about her, but you can always transform her into a cute smiling Miku with parts like this!

She also comes with an outstretched arms!
The photo above only uses the left arm, but she in fact has one for her right arm as well! 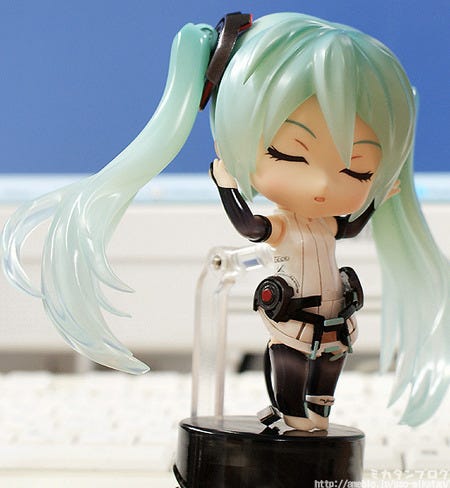 A calm expression with closed eyes!

It’s a very mature looking face – not something you see very often on Nendoroids! But that’s just what Append Miku is here for – a change from the normal!

She also has two bent arms to cover her hears!
Append Miku is well known for this pose of her covering her ears -doesn’t it look sexy? Even though it’s a Nendoroid! :P 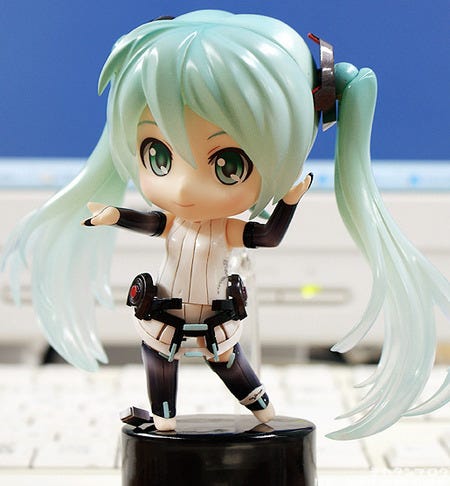 Mix up the different arm bits a little!

With one bent arm and one outstretched arm you can make a lovely pose like this one! She also has her hips bent to the side a bit – the armored bits around her hips don’t get in the way at all for poses!

You can of course pose her like that as well! 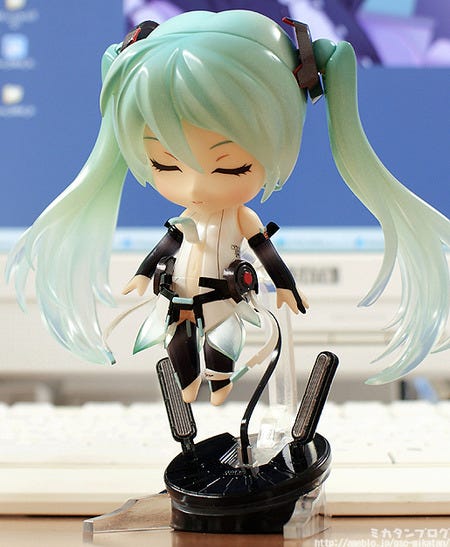 The little flap on her stomach is also of course included for this pose!! It uses a whole bunch of extra parts as well! – Five of them in fact!

Awakened Body (With the stomach flap)
Awakened Arms (The top of the black gloves is open)
Awakened Hip Parts (Little wing things are attached!)
Awakened Cord (A cord coming out of her back!)
Awakened Legs

All of those are included just for the awakened pose! It’s almost another complete Nendoroid! :P

You can also see the base has changed quite considerably!
If you take off the black top you can do mid air poses!
Now it looks just like the 1/8th scale Append Miku’s stand – in Nendoroid form! 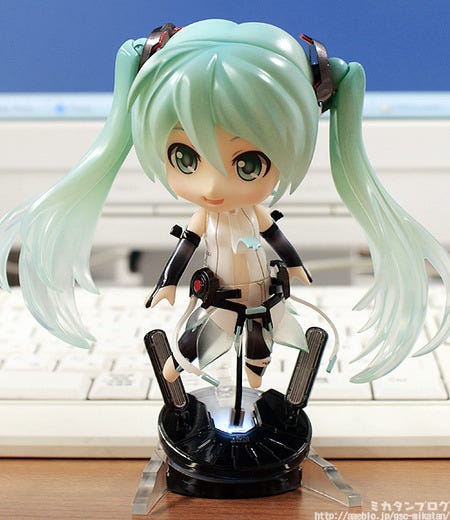 The base also includes LED lights!!

Oooh! They’re so pretty! Append Miku already has a nice transparent feeling to her, so the lighting works really nicely for her! We haven’t had LED lights on a Nendoroid since Nendoroid Drossel – definitely the first time it’s been on a base of a Nendoroid.I hear that this year’s Snow Miku might also make use of LEDs! :O

She’ll be on up for preorder from August 31st!For preorder or sales information, check out our partner shops!