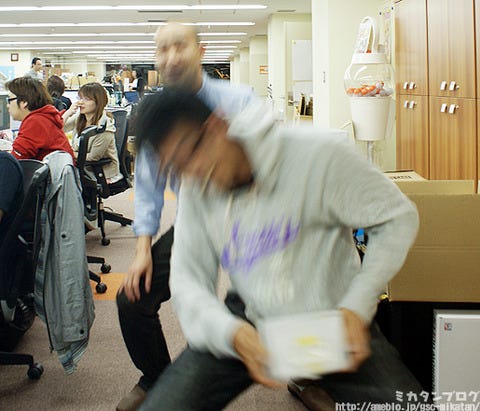 And these were the poses I got from that request!

And the reason they came by today was to bring…

The figma introduced on the figma blog yesterday… 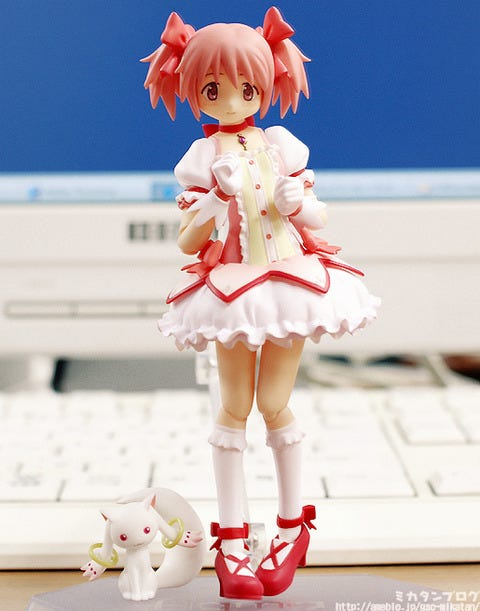 As you can she, she looks absolutely lovely!!!

I tried giving her a super cute pose… but really no matter what pose you use she looks adorable! The quality of the figma series really is incredible! 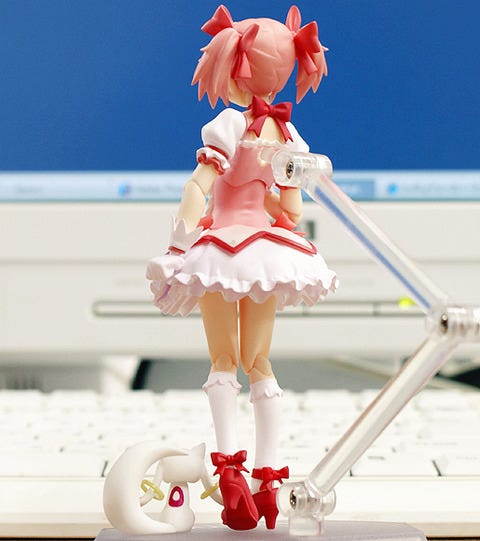 Her frilly skirt has been perfectly recreated in figma form – the little triangle bits even make use of gradient painting for even more detail! 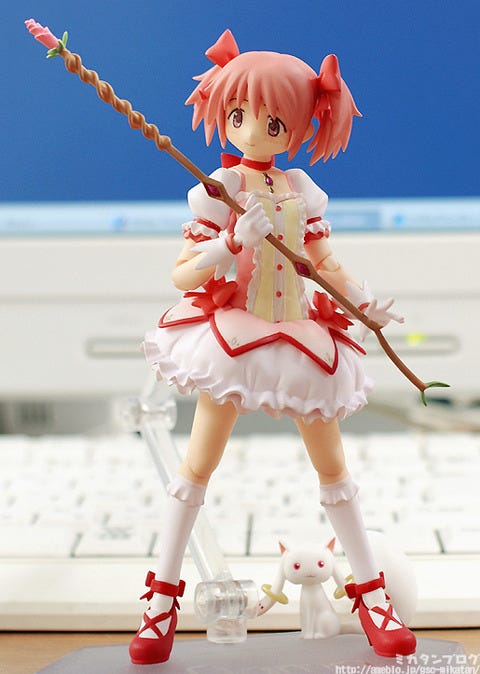 First up is her bow! (closed form)

Madoka’s weapon, the bow is included for her to use! It’s quite hard to see in this photo, but if you look toward the middle you can see the little pink stone in the middle as well! 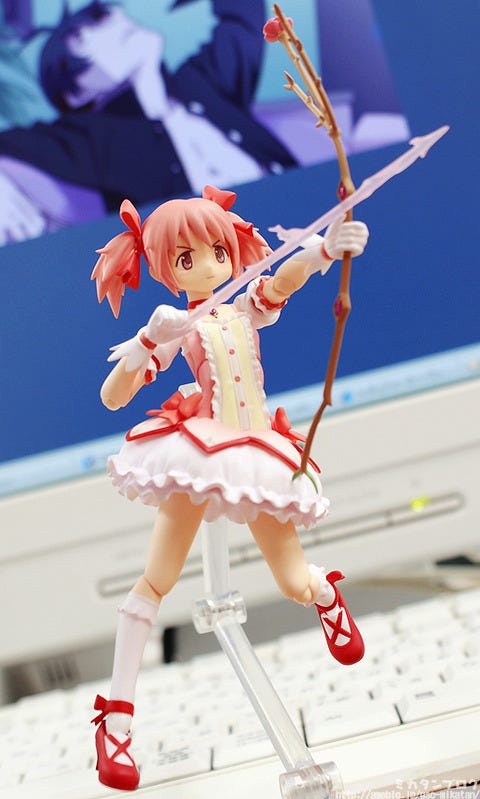 Plus it opens up into a battle ready state!

The bow also comes in it’s opened up state – you get both forms with just the one figure – plus she also comes with four ‘arrows of light’ made from clear plastic, allowing you to pose her ready to fire her arrows!

Plus she has a ‘serious face’ as seen above!

The perfect expression for battle scenes! 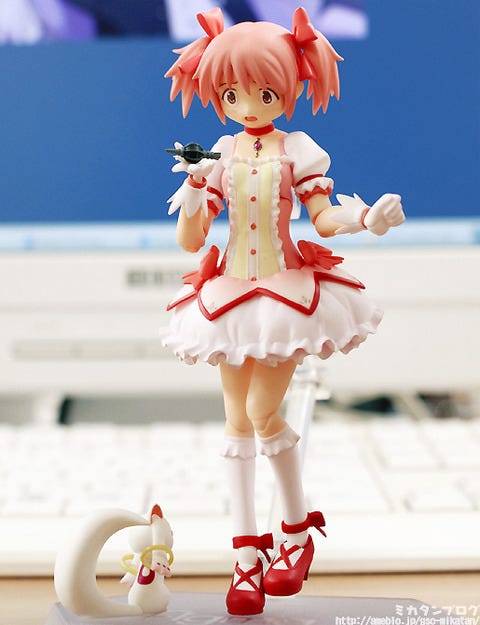 She also comes with a frightened face!!

This expression is really great in my opinion – it really feels like Madoka! Of course with three expressions you have the choice as to whichever you want to display!

Plus she comes with a Glyph Seed!

It’s so tiny! So very tiny! But even so it’s very detailed for its size – I kind of hoped the figma would come with one of these, it’ll help recreate a couple of scenes! (By the way, the Glyph Seed is still in production at the moment, so it might still change slightly for the final release.) 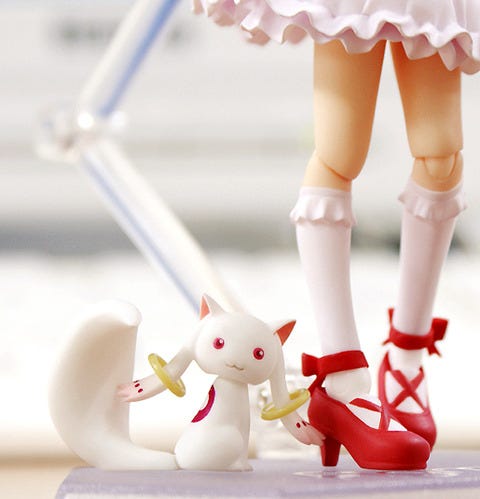 Even QB is included…!!

It wouldn’t be a Madoka figma without Kyuubei!

He is staring into your soul in the above picture… but worry not, as his neck is posable, letting you pick where he looks! 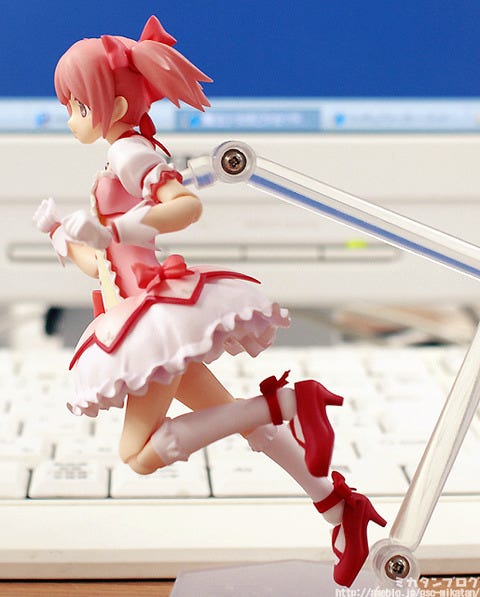 I did this back for the Nendoroid of Madoka as well, but…

Bonus! (Madoka from the OP theme!)

I actually wanted to make an animated gif of the opening scene using the figma, but I was kind of worried I’d damage the master figure… and then I’d be in a lot more than just trouble, so I eventually decided against it. ^^;

But that won’t stop someone else doing it when it releases – I want to see it when you’re done! :P

She’ll be on the GSC site tomorrow!