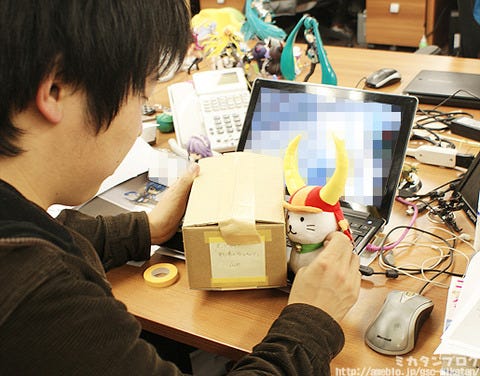 And completely unrelated, both Take-chan and I both have the same taste in manga… yay! 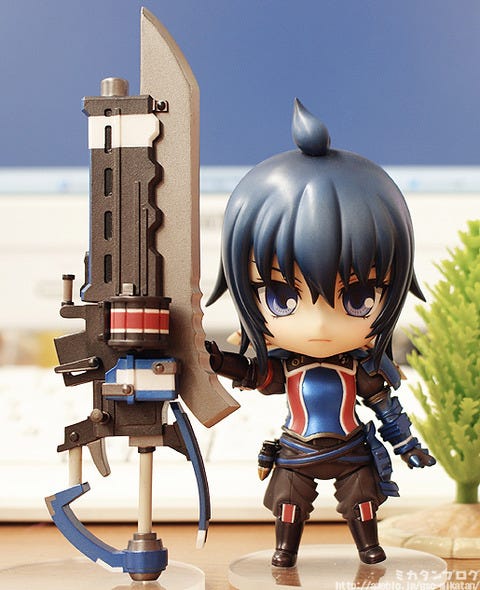 
Valkyria Chronicles 3 is a PSP game, and Imuka was one of the ‘Nameless’, a group made up mostly of criminals and trouble-makers – however she is the ace of that team, and is now here as a Nendoroid!

She is the second Nendo from Valkyria Chronicles, following on from Nendoroid Riela! 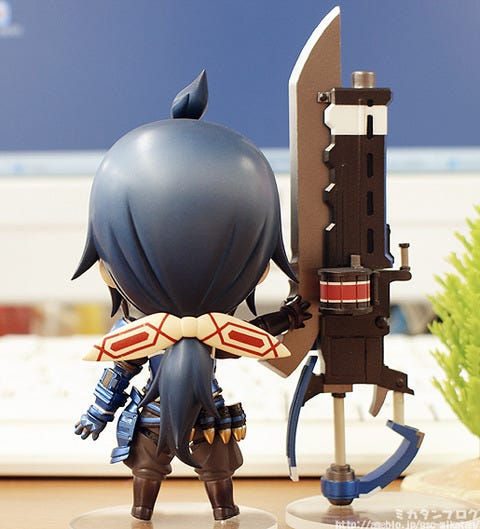 As you can see her weapon, ‘Vár’ is taller than her! :P
This is the biggest weapon in Nendoroid history! It’s huge!! 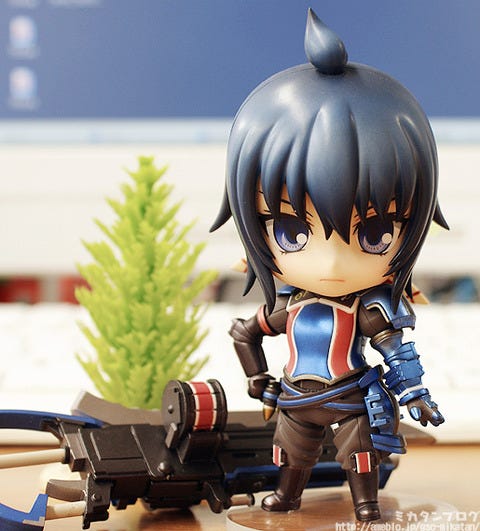 Parts of her armor have a metallic glint!

We often see the shiny painting effect of Nendoroids but this is actually a different kind of glint that is normally only used on scale figures – Imuka is the first Nendoroid to have it! 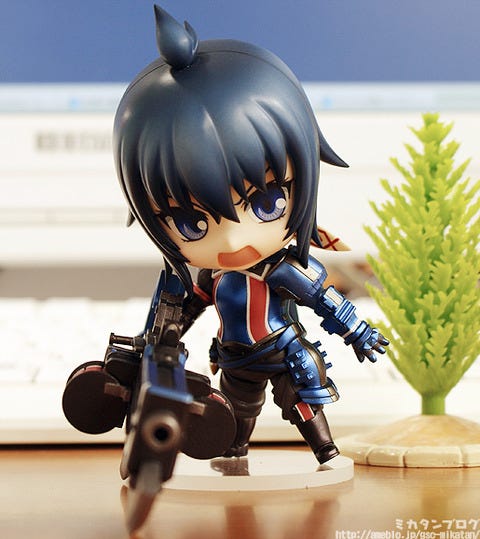 Her first extra expression is an angry face!

It can be used either to recreate a battle scene… or more likely to display her with Nendoroid Riela! :P
By the way, as you can see Imuka uses her huge weapon in just one hand! It looks so cute! 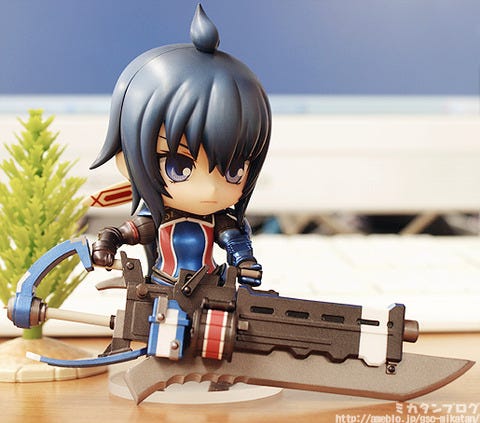 She can also hold it with two hands!
It just needs a change of hand parts!

She also comes with different shoulder parts which let her pull her arms back further behind her. 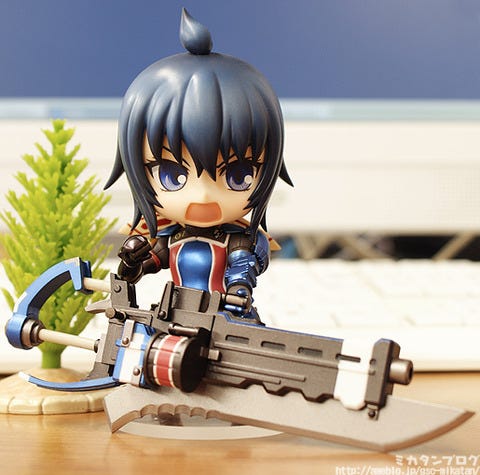 You can even pose her reloading!

Look at her left hand!
You can even see the bullet! 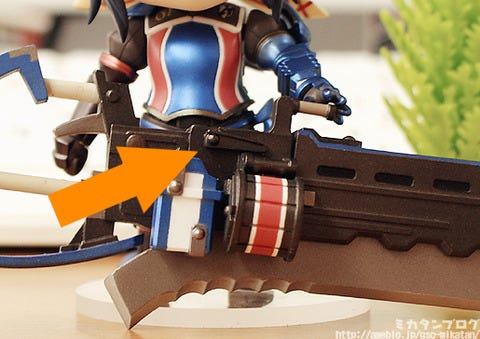 As you can see here, the lever is horizontal 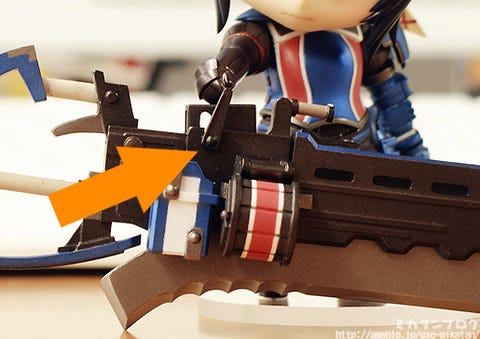 If you pull the lever up the reloading area opens up! This is definitely a bonus for the fans!

Val is actually made from 3D Data!
There are parts you can see are super detailed, which could never be done by hand!

Other Nendoroids can hold Val too!

As expected, it looks great on other Nendoroids that fight, like BRS!
Plus the expression is exchangeable with others as well! (There might be some that it won’t work with though…)
Imuka is really beautiful so the face gives a mature look to anyone you put it on!

She will be on the GSC site from the 28th!

Deliveries to certain areas cannot be made due to the recent earthquake, but as soon as possible products will be sent out. For ordering details or questions please check out our partner shops.